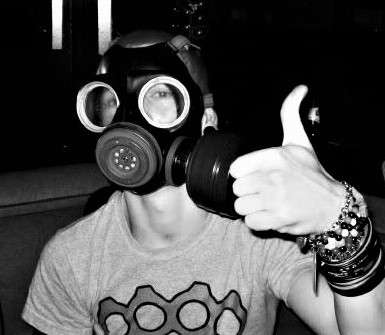 Could lockdown be the best thing that has happened to the live music scene in this country?

At first glance this is a strange statement to be sure, given the suffering being experienced by musicians, DJs, promoters, sound engineers, PA companies, venue owners and any number of people whose livelihoods have depended to a greater or lesser extent on the live music scene.

However, can any of us really say we were happy with the way the grassroots scene was staggering along, finding itself more and more marginalised by a nationwide shift among fans towards festivals and arena gigs at the expense of small scale local events?

Could any of us really see where the Next Big Thing was going to come from outside of a band sucking corporate cock, going onto a TV talent show and then being castrated of the very qualities that made them stand out in the first place?

Let’s compare how a band “makes it” today to how they did so during rock’s golden age when success in the music industry was a tangible, visible entity.

To give it a distinctly North Walian flavour, let’s consider how The Alarm went from wet-behind-the-ears Rhylbillies to musical heavyweights who, in their prime, could count the likes of Bob Dylan, Neil Young, Paul Weller and U2 among their millions of global admirers.

First of all, they weren’t bankrolled to success by the 80s equivalent of a sugar daddy – they may have had parental help in getting their equipment together and van on the road, but they sure as hell weren’t having their wallets filled from home on a regular basis.

They certainly didn’t have a Simon Cowell in the wings, giving them the equivalent of a Roman emperor’s thumbs up and the saturation media coverage that such an act of benevolence from the perma-tanned ponce would ensure (at least for 6 months or so) today.

No, they made it because they were grafters, slinging their gear into the back of a Luton van and playing every venue for up-and-coming bands that they could get a gig in, usually earning just enough petrol money, food and drink to get them onto the next gig and then the next and so forth.

By the time they signed their record deal with IRS they had built a fan base across the whole of the UK based solely on their incendiary live performances and this face-to-face approach to acquiring that following meant that they had a network of lifelong friends rather than fans, a factor that explains exactly why Mike and the band can still sell out venues 40 years on.

The circuit they built their reputation on may have had some legendary names on it, such as Bradys in Liverpool, though most were the kind of shabby dive that lasted a year but which in those 12 months provided the lifeblood of the rock/ punk/ indie underground scene – names like the F Club in Leeds, Tracys in Gloucester, The Caldy Arms in Kirkcaldy and literally hundreds of others like them.

Bands didn’t get rich playing that circuit but it was a circuit that was sustainable for them because they booked the date, turned up and played, leaving the responsibility of plugging the shows locally to the venue and the promoter.

Things changed when major conglomerates from Carling to O2 decided that latching onto the gig circuit was a great way of tapping into the youth market to sell their beer or their mobile phones, so that soon every major city had a Duffbeer Academy that attracted bands like moths to a flame.

At that point the conglomerates realised that the supply of bands outstripped the gigs available and so hit upon the idea of pay-to-play: bands would book a slot with the understanding that they would sell tickets to their mates and get paid a percentage of each sale they made. Everyone’s a winner, babe, that’s no lie!!! Except, umm, yes it is.

Quality control quickly left the building with its pants around its knees and with a cheeseburger in its gob as anybody daft enough – and there’s never been a shortage of foolhardy types in the gigging industry – begged for a slot, handed over the dosh for the tickets and then realised that alarmingly few of their friends were willing to pay for the privilege of spending several hours on a coach and several days wages on lukewarm piss in a plastic pot in order to see them play.

Worse, punters started staying away in droves when it became apparent that you and I could turn up with a harmonium, a triangle and a vocal sample of Hitler at the Nuremberg Rally and get a gig provided we bought the tickets upfront.

The result was the decimation of a circuit that, for all its undoubted flaws, was still one that could be utilised by bands with the determination and talent to succeed and one which also frequently gave local acts just starting out the chance to share a stage with bands who’d already climbed a rung or three up the ladder.

Eventually we reached a situation immediately pre-lockdown where, with a few extremely honourable exceptions, city venues were corporately-owned and very few towns had a purpose built live venue so that gigs were confined to pubs where the usual first question from the licensee was “How many Oasis covers do you do?” or the kind of nightspot where a drunken Tracy from Accounts would try to “groove along” on her 6″ heels whilst wearing her bought-for-the-occasion-even-though-she-doesn’t-know-who-the-fuck-they-are Ramones T-shirt (£8 from Primark, dahling).

It seemed to me that there were two basic choices for a “good” gig: either going to see a bunch of underground bands getting together and taking over a backroom in a pub where they could play the stuff they and their followers wanted, or rolling up at an Enormodome to watch a set of tiny figures on a big screen by taking out a second mortgage to pay for ticket, accommodation, transport and the privilege of quaffing venue-supplied food and drink that left wallet and bowels both empty.

So can all this change post-lockdown? Actually, I believe it really can. if all of us play our part in nurturing a scene that is beneficial to performers, audience, venue owners and yes, even us scumbucket promoters!!!

Success will be down to the choices performers and promoters make about the type of venue that they operate in, because it had become pretty obvious that staging gigs in pubs where half the audience resented the presence of the other half was not doing anybody any favours.

Additionally, performers have to question the wisdom of continuing to condone and indeed actively support these corporate-run, pay-to-play rip-off joints because it’s a racing certainty that there would be somebody who would recognise an opening for a properly kitted out and run venue in their city if everyone turned their backs on their local Yeuch-ademy.

Promoters need to recognise that live entertainment is not a one-size-fits-all entity and that they should stick to putting on covers acts rather than throwing a young band of hopefuls to the wolves if they are booking a standard pub or bar out – original material acts need an environment where they can perform without having to suffer the trauma of Cocaine Carlos asking them to play some Ed Sheeran for his girlfriend and then getting overly aggressive when his request is turned down.

Fans need to get out and support their local scene – most local gigs will charge roughly the price of a pint and at properly run gigs the doortake will be divvied up fairly between the performers and, yes again, that scumbucket promoter.

In short, the underground live scene CAN benefit from the lockdown in the long term, but it needs to model itself on the circuit of yore and apply quality control and common sense in equal measure if it is to succeed.

To borrow a couple of taglines from the late, lamented Stiff label, let’s “reverse forwards into the past” and make “today’s music today”.