Pivotal places, moments and journeys. Our lives are filled with them although we are mostly unaware until after the fact. I was lucky enough as a kid in the mid 70’s to travel to Dunedin, a city in the South Island of New Zealand.
At the time Dunedin was home to some of the most important people in NZ (and arguably global) music, they just didn’t know it yet.

It’s 1975 and our Humber 80 is packed to the gunwales for what would be an extended road trip to the  South Island. We head south from Hastings in the Hawkes Bay and make our way to Wellington (via a few overnight stops with relatives in Waipawa and Feilding) to catch the ferry. These were the dying days of the overnight journey from Wellington to Lyttleton. I don’t remember much about this boat trip other than having a cabin, it being very rough and vomit…..lots of vomit! 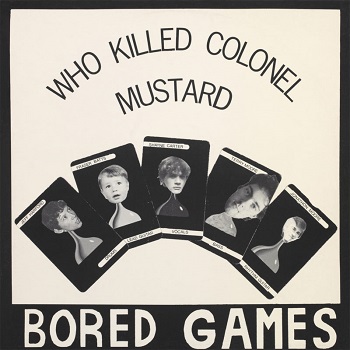 After a few days in Christchurch we headed down the coast for Dunedin to stay with my Uncle, Aunty and three cousins. I grew up on the Heretaunga Plains, flat for miles and miles, so Dunedin came as a bit of a shock. Hills, everywhere. Houses strewn over the hills like cards thrown in a game of ‘52 pick up’. My Uncle’s driveway was so steep Dad almost burned out the clutch in the old Humber just trying to park the car.

In the book ‘Backstage Passes – The Untold Story of New Zealand’s Live Music Venues 1960-1990’ Joanna Mathers says that Dunedin was “cut off from the rest of New Zealand and felt different. It was isolated, it was cold, and it rocked.” 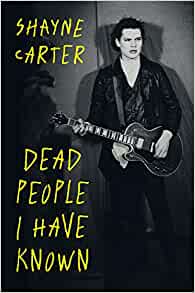 Shane Carter is part of the foundation of the Dunedin music scene of the late 1970’s. His band, Bored Games, formed in 1978 while the members were at High School. Bored Games were everything I needed in my early teens. Catchy, thrashy, edgy and Shayne up front oozing with cool, don’t care attitude.
Bored Games stayed together until 1981 and released only one EP, the excellent Who Killed Colonel Mustard which includes two minutes of poppy, punky perfection that is ‘Bridesmaid’.

After Bored Games Shayne Carter went on to form a succession of bands. The DoubleHappys, Straitjacket Fits, Dimmer, all bands that gained the double whammy of critical AND commercial success.

Shayne Carter is a New Zealand Music Hall of Fame member, New Zealand Music Award winner and now an award winning writer for his autobiography Dead People I Have Known. He is about as famous and influential as a Kiwi can be, and he came from that strange isolated city I visited as a kid. I wonder if he was one of the locals that I met when I was there, maybe…..just maybe.