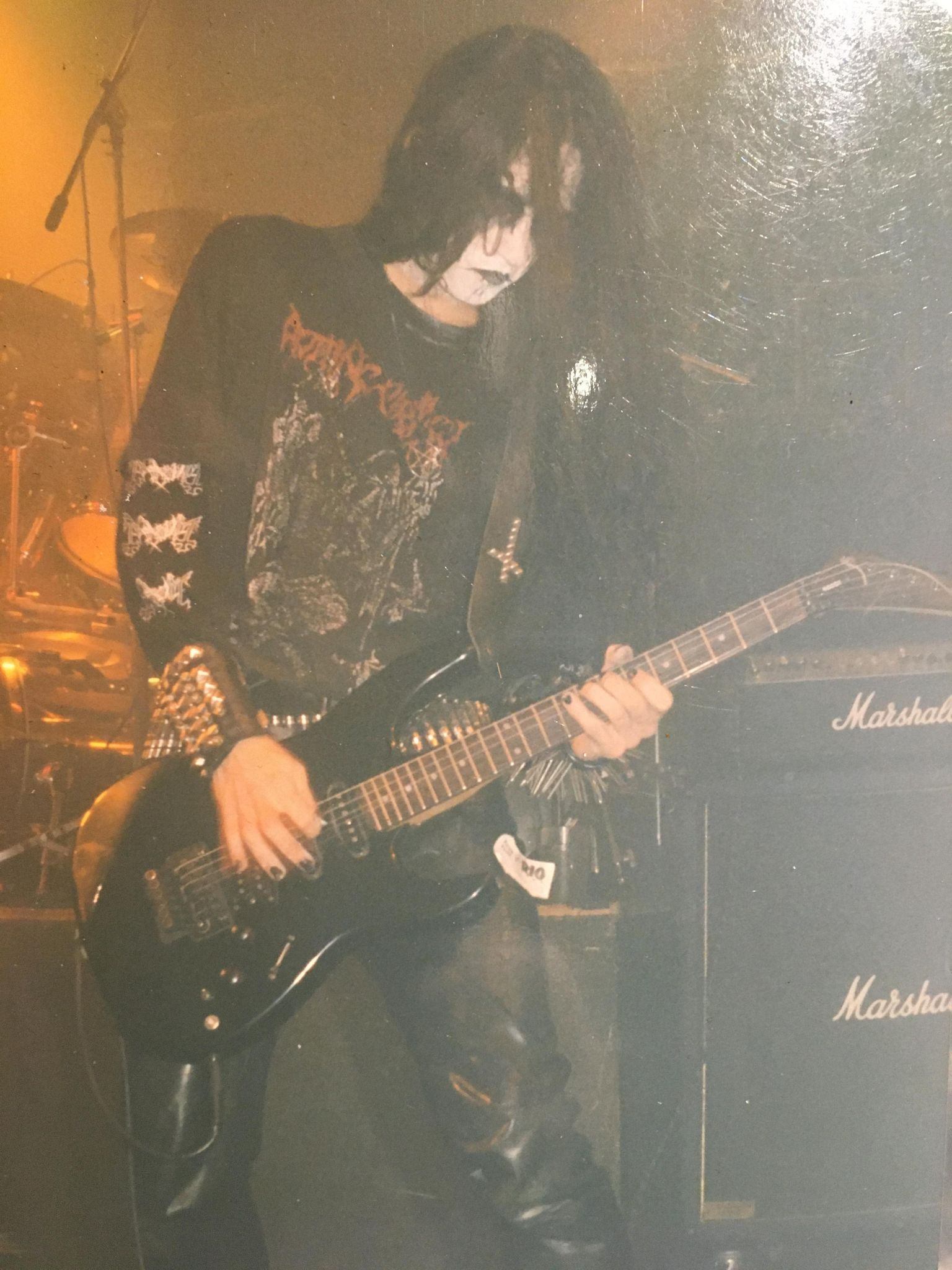 Also sadly gone too soon, Marc Evans. A few years on from my early musical efforts I was back in Pen, when he (and Nige, the other guitarist) made the effort to come over from Wrexham from whence I had recently returned from a tour of college duty.
They were keen to get me involved in their new black metal project, and while I had known them from death metal gig-going over there, seeing the two of them play in Amethyst when the Memorial Hall was in its heyday, it was the first time we’d really chatted about the our interests and motivation in making music.

It was obvious Marc was very fervent and full of enthusiasm and had a clear idea of the angle they wanted to take in the nascent “second wave” of black metal,. At this time the UK only had Cradle of Filth holding a bloodied standard in response to the raw twisted genius coming from the Scandinavian realm.

I was convinced by the passion and excited by the prospect anyway and upped sticks to return to Wrexham for a great year, as Daemonum evolved into Hecate Enthroned. Line-ups changed, there were personality clash “issues” but Marc remained a true core to the band and its direction, a voice of reason with an easy going dry humour and the ability to keep the peace and pieces together.

His pleasant personality was tempered with the firm determination of the seriousness of the project, where image and attitude were integral to the integrity with which it was to be judged in trve kvlt terms. His vision also extended to the ability to channel the darkest and coldest relentless riffs that captured some intangible majikal essence. These riffs fueled the fury of the music and gelled the onslaught into something that was appreciated in the underground circuits we travelled.

The trajectory of the band was rapidly upward and ultimately resulted in getting a record deal and playing places like the London Astoria supporting Opeth and others, and making a mark that would secure the band a career to this present day. Both of us fell by the wayside after making our contribution but I’d see him occasionally at other gigs and he was still as friendly as ever, it was a proper shock to hear he has now gone with doing nothing further musically.

His legacy is there though on revered albums in the scene, but also the ethic of teamwork and caring about everyone’s involvement in a band will definitely stay with me. Yes it can be hard work but those end goals only come about through having the ability to put the whole over the individual. In these difficult times we need to make sure that individuals don’t become isolated from what they are always a part of, collections and connections of friends who will always share those moments and be saddened by the prospect of no more.

We may dwell in the darkness but the spark of lights that people provide make it worth while.