I’ve just bought a Google Home Device thing; y’know, one of those Alexa – Siri type things that spy on you and report you etc? The purpose being to ask it shit questions like, ‘Hey Google, why is Nigel Farage still alive?’ (Still waiting for the right answer on that one…) and to easily cast music from t’internet… For as much as I love playing the regular supply of vinyl that I struggle to keep up with… I also love listening to the radio…
Time is of course of the essence and so much time is taken up listening to and enjoying music (in my case, mostly new music) that I long for a method of downloading stuff directly into my head to save listening in real time! (does that make sense?). Eating breakfast, on walking, in the car, writing blogs, music is on as much as possible… And a great source for me for new material and enjoyment is the radio…

Since I put my own show on covid-hiatus it’s given me the opportunity to stop spending every day assessing whether something is playable to simply enjoying what I’m hearing. And to also listen to the sterling efforts other people put into their regular shows… There is so much quality out there but there are 6 shows I often listen to either, from start to finish or dip in and out or on catch-up when father time allows it…

Here they are in alphabetical order… 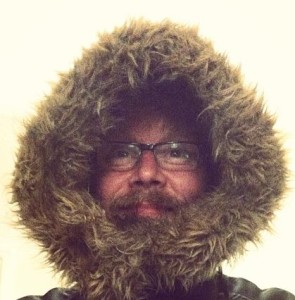 Adam Walton On BBC Radio Wales
Every Saturday night from 10pm Adam has broadcast from Wrexham since time began and continues to champion New Welsh Music. I guess to execute the show’s remit and broadcast three hours of new Welsh music every week is both an unenviable and rewarding task, because, on one hand you may feel chastised to what you can and cannot play. Your show is governed by and only as good as what is coming out of Wales at any given period… The other hand is that you get to play loads of great new stuff. The show’s budget used to allow weekly sessions but BBC cut backs sadly stopped that quite a few years ago now. Bring them back..!!!!
Find his show on BBC Sounds 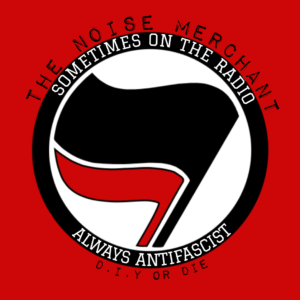 The Noise Merchant
This great show comes courtesy of Rhino Radio and is haphazardly presented by Pete Tromans, and all the more power to him for doing so. Plays punk rock, but mainly modern punk rock  – contemporary punk rock, punk rock that needs more coverage, punk rock that scares the BBC – yeah baby….
Listen here… 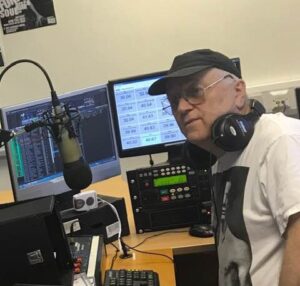 The Outta Limits
Great show this, broadcast on Friday’s at 7pm, from The Wirral by Liam Trotsky who delivers a great mix of punk leaning tunes (old, new and obscure). The mood is relaxed and there’s great banter on his facebook page, which is important these days for radio shows (important for both presenter and listener). The quiz is always a good laugh. Always guaranteed to hear a gem that you’ve not come across before.
Latest show here… 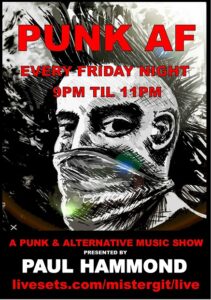 Punk As Fuck
Or Punk AF – I tried to encourage Paul Hammond to join the ranks of TudnoFM, but he’s an awkward git and would have fallen out with the board. Anyway, he did the right thing and launched his own weekly show at the start of Lockdown, going out every Friday night at 9pm. Over the months Paul has steadily built up a following and plays great mix of vintage punk, new punk, post-punk, remixes and requests.
Listen Here… 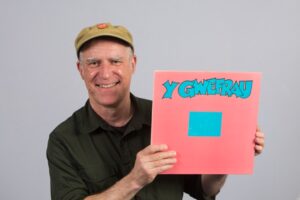 Recordiau Rhys Mwyn
Anhrefn / White Ether bassist legend, Svengali, archaeologist Rhys Mwyn presents a weekly Monday night show at 7pm on BBC Radio Cymru. Filled with chat it features all things Rock Cymraeg. Quite often picking a subject for the week, like, when The Clash played Deeside Leisure Centre plus the Alternative Chart (Siart Amgen). Rhys’ punk and reggae roots often come to the fore, but there is a complete spectrum of music here.
Find his show via BBC Sounds

Three Chord Monte
I’ve listened to this show since 1996..! And believe me, in 1996 when you tried to listen to a radio show broadcast on WFMU in New York it was hard work! Joe Belock’s weekly show was (and still is) archived online for you to download and play at your leisure (you can thankfully stream it nowadays too). Joe’s chilled delivery and great sets of music (he’ll play 5 or 6 tracks back to back then talk about them) plus live sessions make for a great show. The amazing array of garage-punk-underground stuff is a continual voyage of discovery.
Full and up to date archive here….

I called this column Radio Killed The Video Star as I’m toying with the idea of doing a regular YouTube radio/TV show – any thoughts?