[review by Ste EYH! of punk zine Everything You Hate!] 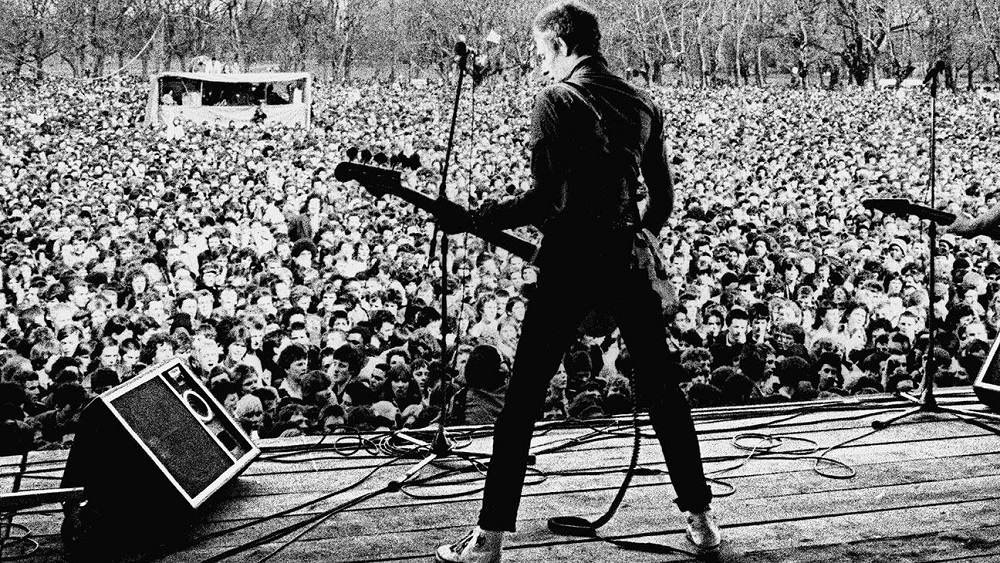 This documentary film chronicles the rise of the Rock against Racism (RAR) movement which came into being in 1976. Red Saunders founder of RAR was inspired to action after the racist outburst by the ‘celebrated’ guitarist Eric Clapton who delivered a vile racist rant at a gig in Birmingham and in support of arch racist Tory MP Enoch Powell. Clapton who made his career on the back of the great black blues artists came out with things I can hardly print here. (Look it up yourself, if you ain’t seen it be prepared to be shocked). To my knowledge he has never apologised for these remarks.
In the film Rod Stewart also professes his support for Powell. David Bowie also made some ridiculous remarks about Britain needing a fascist dictator at a turbulent time in British History. He subsequently apologised for these remarks but it gave you an idea of the feral nature of this time in late seventies Britain.

So, RAR was born in 1976 and they attempted to bring black and white together under the anti racist banner and to help break down the fear of each other propagated by the racists at the time. The film interviews the protagonists who formed a quite unique movement against the emerging fascist threat in the guise of the racist National Front.
There was also an attempt to explain how the SUS laws (police powers of stop and search) were almost exclusively racist in nature. Red Saunders, who was a photographer and director together with Roger Huddle, founded RAR and it was unique in that it was started by ‘ordinary people’ who could see the true nature of the racists and their electoral expression in the National Front as a real threat to the working class youth of the time. ‘We want rebel music, street music, music that knows who the real enemy is.’

Red, helped organise the first RAR gig in the Princess Alice pub in London and they really went on from there to be a cultural phenomenon. RAR Groups were eventually set up all over the country. It was also an inspiring move in that people can change things when they get organised, it gave hope to people around the country, that they were not alone. The film has some great footage of gigs and also some disturbing footage of the racist NF on the streets of London. To help spread the word as well as the gigs with a lot of ‘name’ bands, the organisers behind RAR set up a fanzine called ‘Temporary Hoarding,’ 15 issues were eventually produced.
They also commandeered a small office and print shop to print the zine. Their premises came under attack from the fascists at the time and people were genuinely scared but bravely carried on with their work exposing the fascists. This is the days before mobiles and social media don’t forget and they couldn’t just ring and ask for help. RAR received tons of mail from all over the country. Young people would write and may have felt isolated but asking what they could do, if there was nowhere else in their region they became RAR for their local patch!
RAR took advantage of the emergent punk movement and grew exponentially from there. (There is also a television interview with Red and a young Janet Street Porter). To help spread the word, the music press which was quite important at the time was also utilised. It was great to see some of the younger kids getting behind the movement in organisations such as SKAN – School Kids against the Nazis!!
The role of women in RAR is highlighted in the film and this lead to the creation of Rock against Sexism, challenging sexism in the music industry and in the wider world. (Later movements inspired also by RAR such as like Love Music, Hate Racism was set up in 2002 and organised against the threat from the fascist BNP). Some of the most amazing bits of the film are the footage from the Lewisham demo where the Nazis were allowed to march through an ethnically diverse area. The local population with the help of RAR and anti-racists were there to oppose the march and there were many violent scenes. Afterwards, there is an audio clip of Martin Webster, leader of the NF asking his supporters to applaud the police who were basically there to protect the fascists.

The best footage though is the RAR gig held at Victoria Park in East London. On the day itself demonstrators marched from Trafalgar Square after a rally to Victoria Park in Hackney were there would be an anti-racist gig with a stellar line up of The Clash, Tom Robinson Band, Buzzcocks, Steel Pulse, X-Ray Spex, Jimmy Pursey from Sham 69 and folk punk legend Patrick Fitzgerald.
The stage had to be built a few days before and members of the Anti-Nazi League slept on it the few nights to protect it against the fascist thugs. Red informed the local council the GLC that he expected 500 to turn up! (The police were ridiculing them saying that no one will turn up). Well, nearly 100.000 anti fascists turned up and the fascists fled. The footage of the gig still sends tingles down my spine, The Clash singing the name of this documentary – White Riot – to a pulsating, pogoing crowd. Incredible. 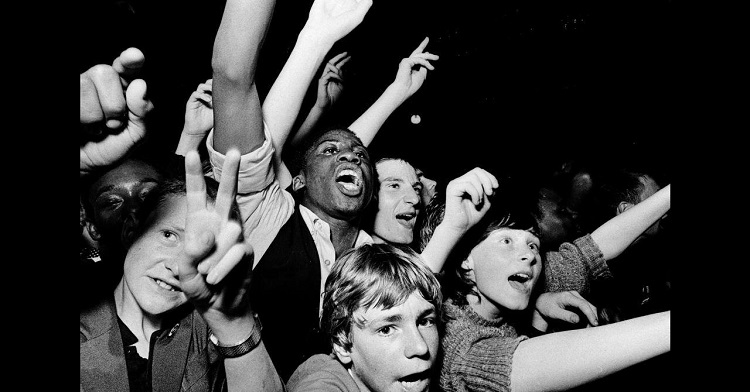 Although the campaign helped beat the racists in the ’79 election the film makes the valid point that the fight goes on. We still face the same threat today just in a different guise and certainly with the rise of Trump and Johnson the fascists almost have tacit support for their divisive and nasty work. This is why in the present day the contemporary Black Lives Matter campaign has been so important and effective. Similarly BLM have a ‘leaderless’ organisation and encourage a decentralised structure within their movement. Support has seen numbers range from 15 to 26 million people who have taken part in demonstrations in the US after the death of George Floyd earlier this year.
Demonstrations have also take place in 60 countries showing the strength of feeling on the pernicious rise of racism. This film is certainly recommended and it seems fitting then we leave the final word to Opal Tometi co-founder of BLM. ‘I do it because I deserve to live.’

Further reading on this can be found in the excellent book, ‘Walls Come Tumbling Down: Rock against Racism, 2-Tone and Red Wedge’ by Daniel Rachel (Picador Books)