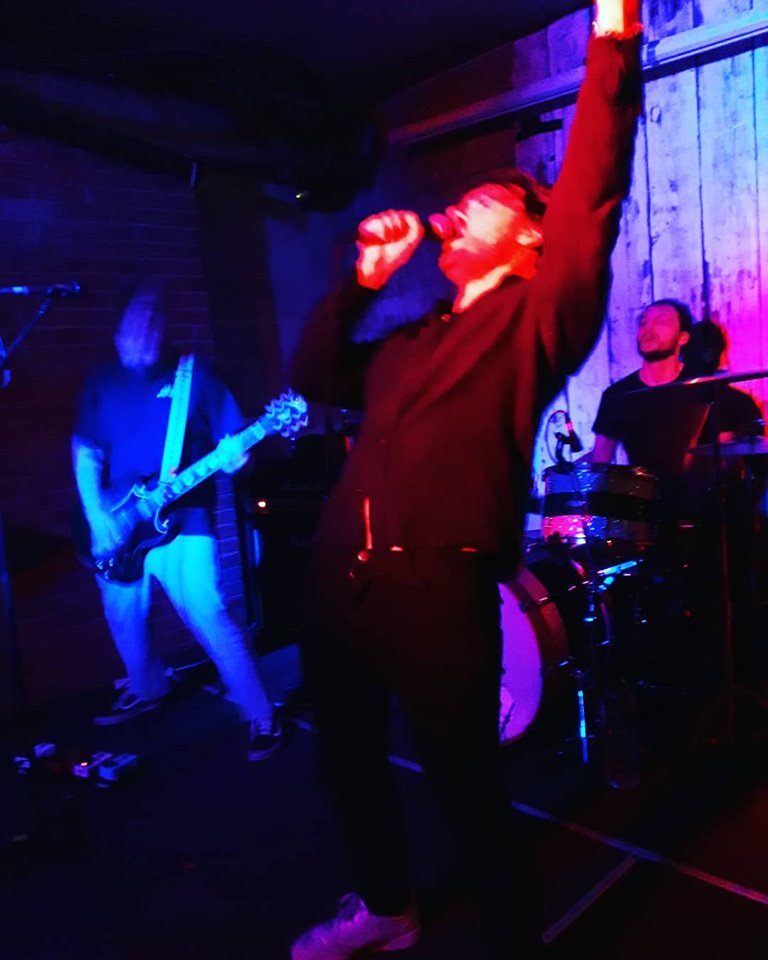 Single Mothers are from London; not That London, but London in Ontario in Canada. They’re three albums into their career since their 2008 inception.

It was a weird night; homegrown North Walians Habits are two songs short of finishing their set when we arrive at 7:50pm. They were politely received… We were then transported through some wormhole into a parallel universe to watch Crossroads UK (it wasn’t our thing at all) and then were shocked to learn that Primyl Vinyl‘s name wasn’t actually the worst thing about them…! Granted, in a different environment these two bands would’ve been fine and dandy – but tonight..?

We were kinda nervous; or I was at least; as I had dragged everyone out on a Tuesday night to trek across the border to check out Single Mothers (pic by tracey howarth) on the basis of the one song I had heard… They didn’t let me down… From the word Go they were at it, hammer and tongs, like a traction engine… This is liquid hardcore… Twaaaaat..! The music is fast, the music is loud, but it is all about the voice and the charismatic delivery from Andrew Thomson. It’s almost like enjoying a bad dream as they circle jerk their way through 35 minutes of mosh pit mayhem (with real blood), slamming out song after song. Apart from the pretty rubbish On A Leash it was almost a Perfect 10. I picked up two of those three albums, ‘Our Pleasure’ and ‘Through A Wall’ with the former shading it on the number of times I’ve had it on continual rotation…
(bandcamp)