What the fuck was that…!!!! That was a lot of people’s welcome back to gigging in the new year… During a month where bands often play in barren landscapes with smaller than usual audiences, this January gig bucked the trend.
The ever mutating, effervescent Society Of Losers Records hosted this show at this great little venue in downtown Wavertree and we feared we might not get in due to the numbers present. 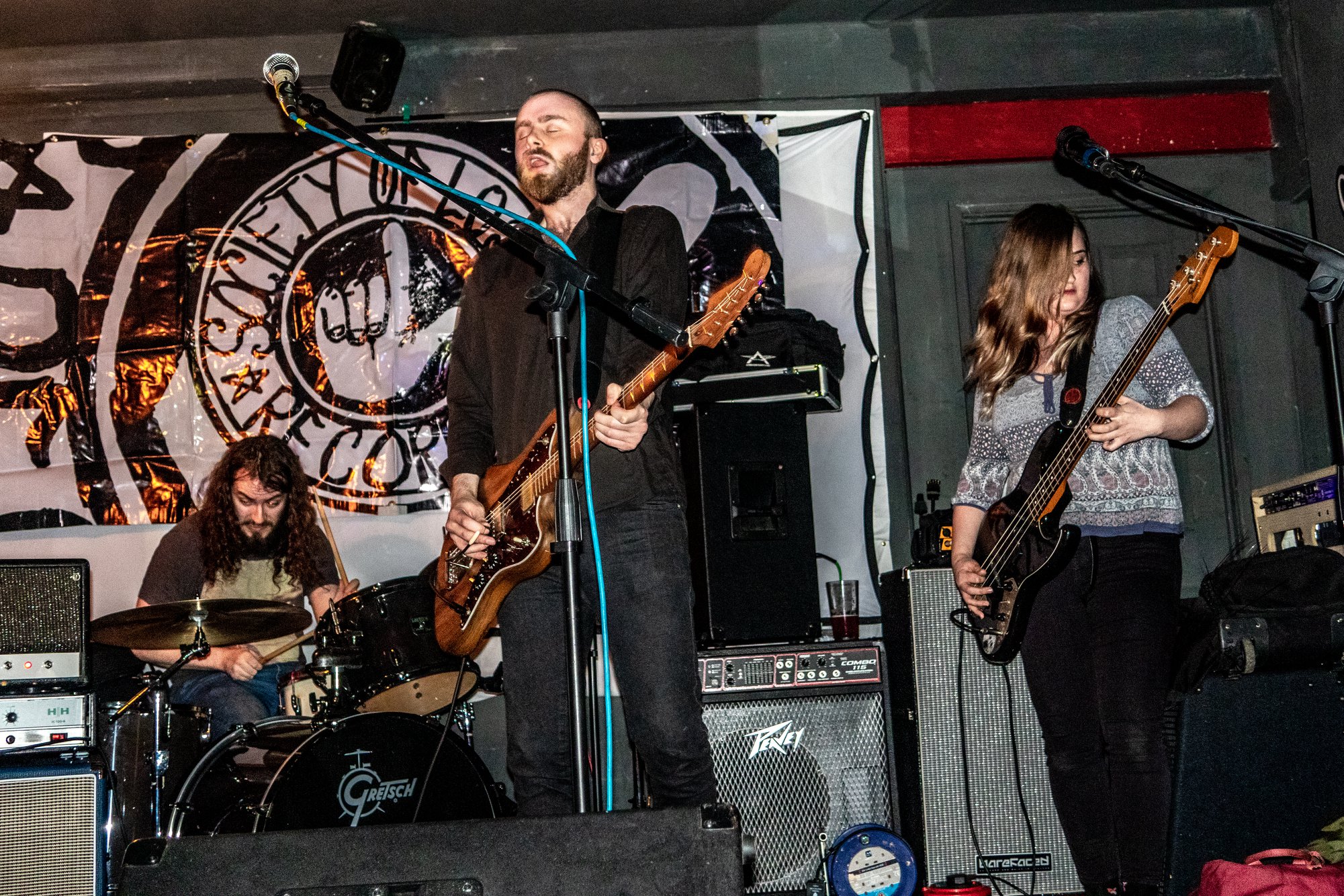 There’s a Sonic Youth style mish-mash of feedback coming from the stage as Elevant and the soundman battle to get the levels right. It kicks in and you immediately know this is gonna be really good. Had seen Elevant at last year’s Liverpool Calling Festival in the vast building of Constellations. Tonight is much more intimate and they are up for it. Love the unconventional guitar and bass sounds, intricate-yet hammered drumming, the contorted Tim Booth moves and the psychedelic Bogshed-Radiohead feel of the tunes. They occasionally break into a conventional song before turning it on its head, reminding us that we are just a number, just a rounding error. They drop the tuning for the finale, but it will definitely not be the final time I see them. 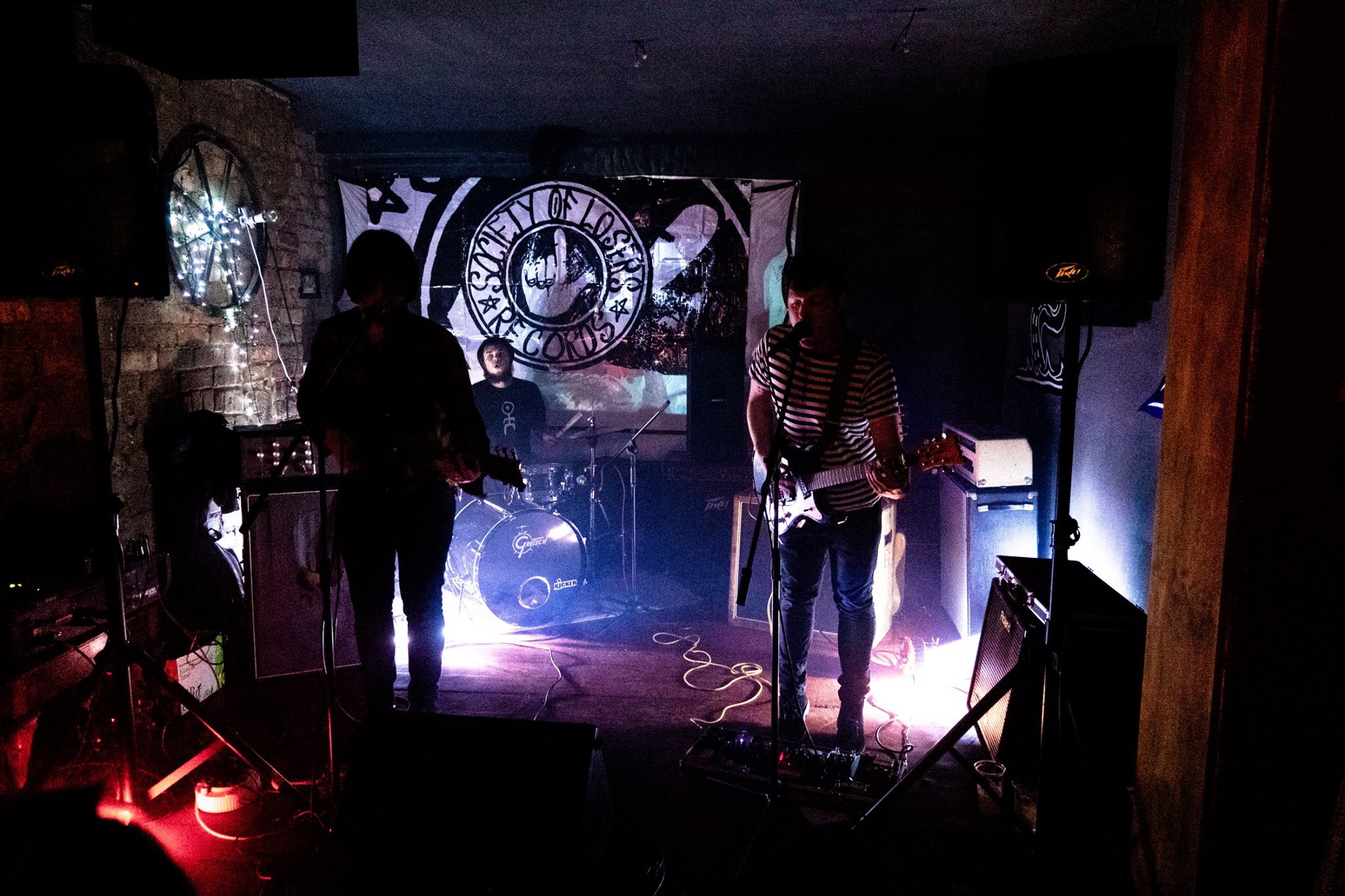 From Leeds come Black Pudding. I’ve been playing their Sci-Fi Si single on my TudnoFM radio show. They open with it, with it’s smash-you-in-the-chops riff. It’s getting smoky in here, I think the PA is burning. Black Pudding crank it up. They’re cocky northern bastards and they’re playing pseudo psycho (without the) billy. It’s a fucked up garage noise in a car that’s failed it’s Co2 emissions test. There’s a guitar hitched up under the armpit and Gaz Combes’ gnome like son is on drums. The bassist ditches is four strings and grabs a guitar and they go a bit Butthole Surfers on us… Yeah baby… 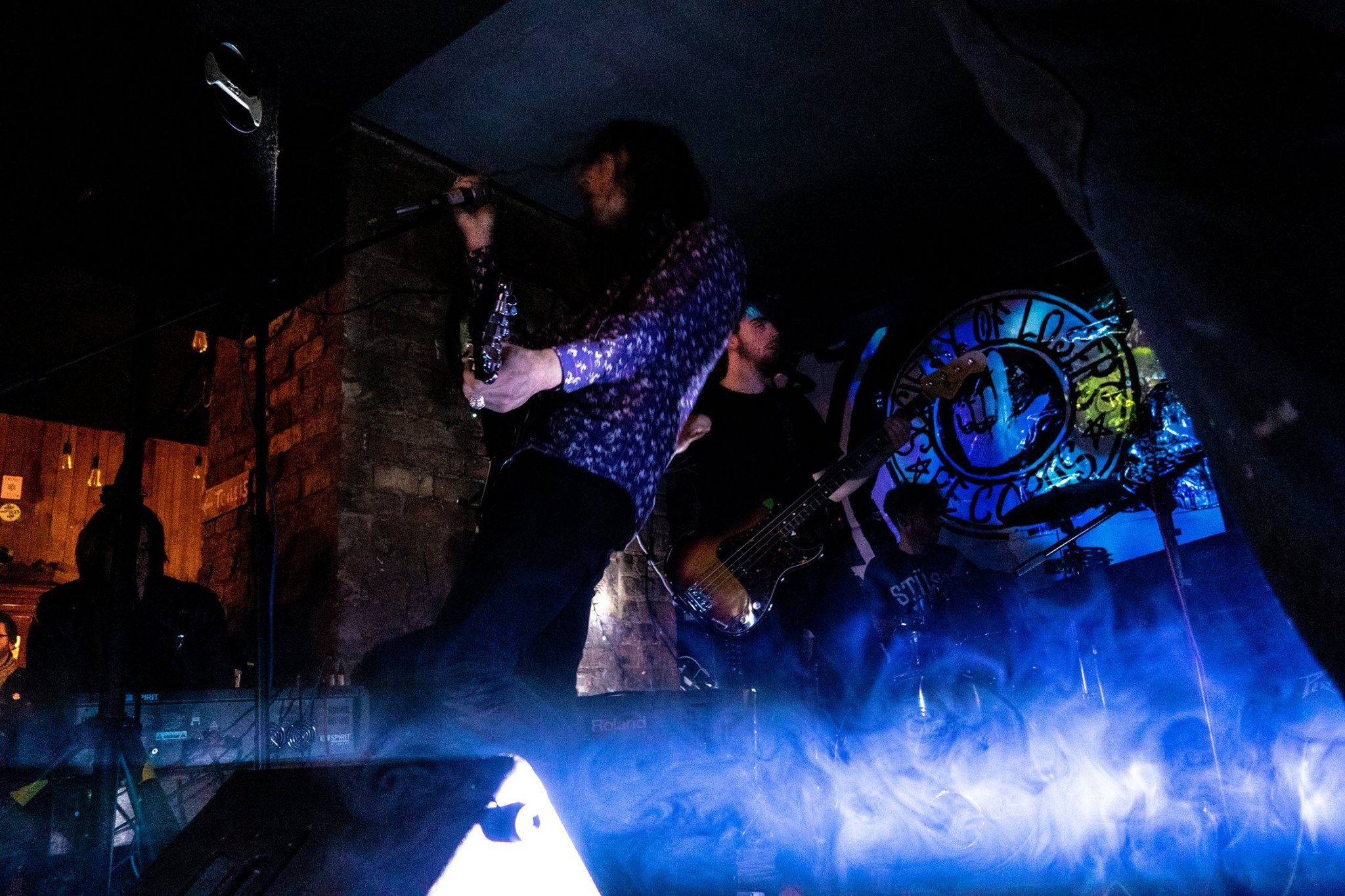 Short People come from Brighton… That’s both a statement and a fact… they play soul-punk music and it took some readjusting to absorb their Village Green feel after being so sonically brutalised. There’s a Bobby Gillespie-esq frontman with shirt to boot and a keyboards adding a Tetra Splendour / XTC feel to the psyche-swirls. Excellent harmonies, sometime ballad driven, sometime Beatles! The packed audience warm to them quickly and are rewarded with a solid set. 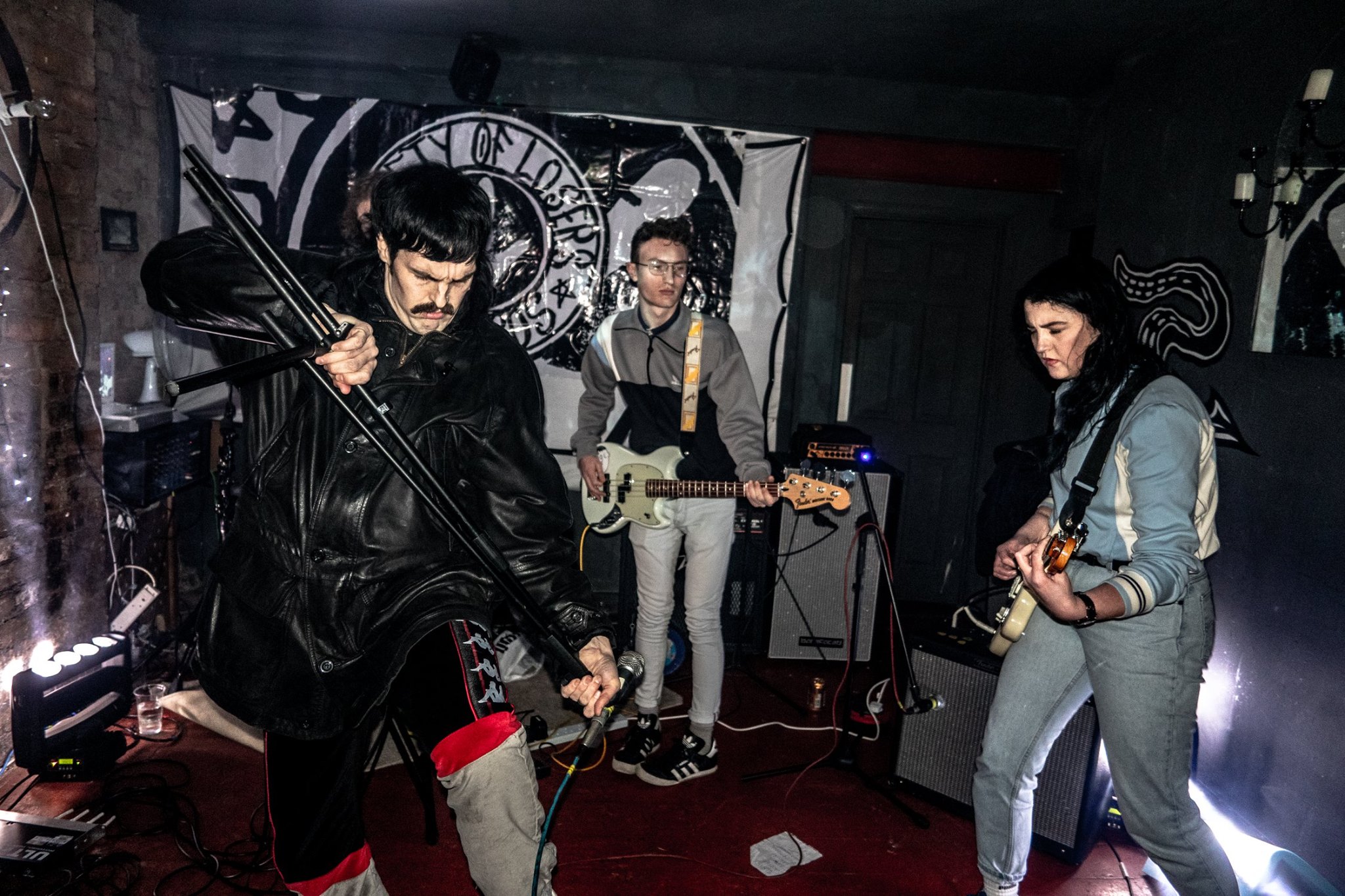 Watching The DSM IV set up, I notice no drums, just a synth player with bass and guitar. Not my bag at all. And when they line-checked with something that sounded like a shit Human League I did consider getting back home at a reasonable hour. Then they hit the stage proper… Wow… What the fuck was that…!!!! Fronted by Guy McKnight, who is an ADHToddler in a man’s body you are both laughing at them and drop-jawed at what is happening before you. McKnight looks like a Seventies footballer with a barnet and dressed in a Kappa tracksuit and is out of control. Regular forays into the crowd, through the crowd, on the bar, on the sound desk and off his head. But let’s not detract from this focal point, the remaining DSM III are just as important. There’s a scruffy git on the keyboards, providing cool disco beats, break-beats and throbbing synth sounds. A child on bass who plays it like a pro and a cool as fuck guitarist providing the flesh for the rattling musical bones; she is pivotal to all this and looks like she hated every single second of it – Fan-fucking-tastic.
Did they spray us with LSD as we walked in? Did that really happen? Am I tripping? Fuck yeah….