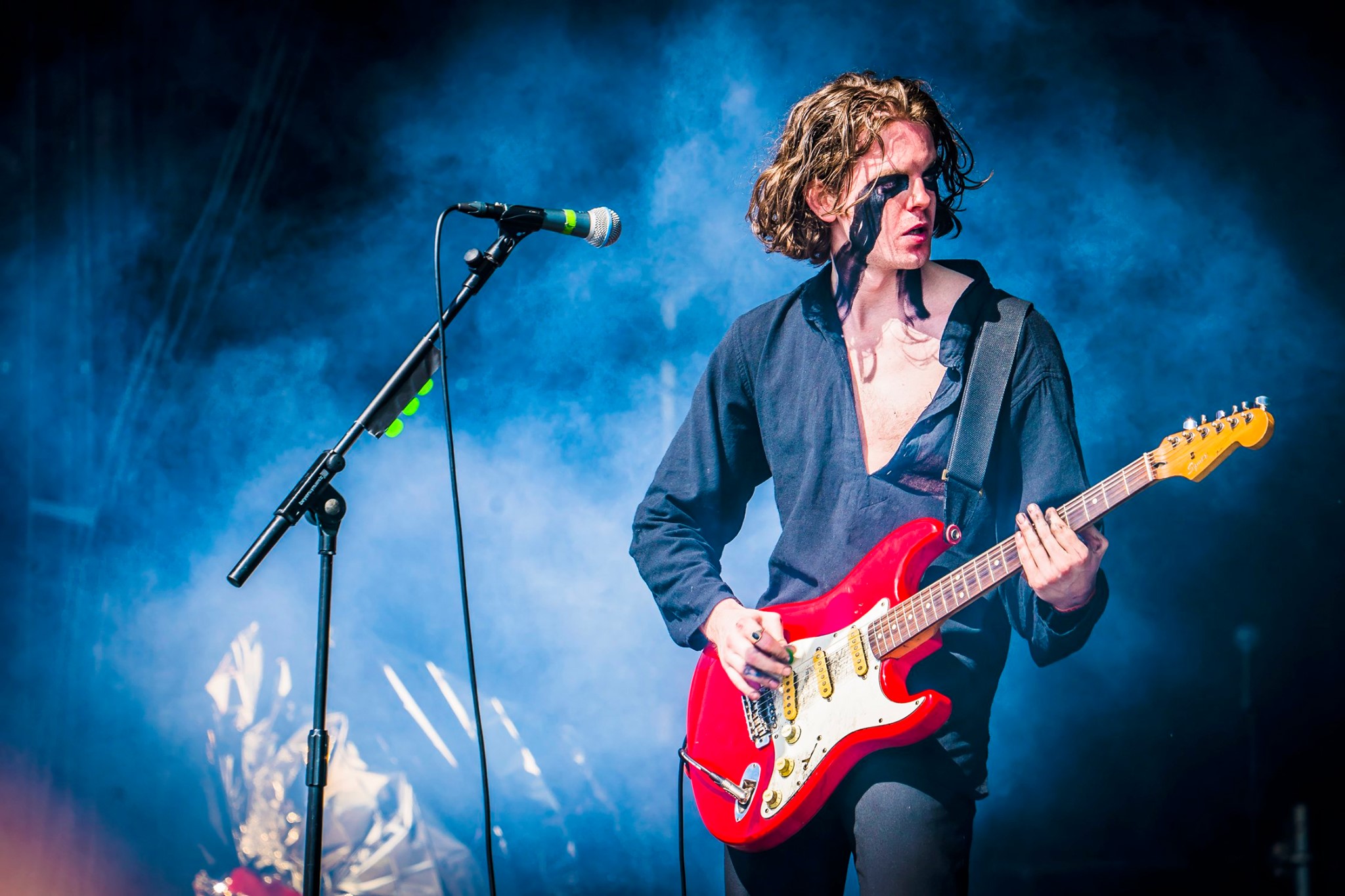 This is our fifth annual family pilgrimage to Derbyshire… Family being kith and kin (all 8000 of us). It was emotional for all the right reasons. I don’t even look at the line-up before taking the plunge as it’s the vibe with like-minded people you go for.

On the Festival Scale, Bearded Theory is right up there… Catering for families and crusty punks and more importantly no (or very few) dickheads. There’s a relaxed community feel and everyone is friendly.

Let’s talk about the music… Not all is everyone’s cup of tea and you can pick and choose your desired dish… For myself there was the chance to grab some nostalgia of reliving my teenage bedroom antics, where my sisters’ tennis racket was my guitar and the mirror was my audience.
Enter Angelic Upstarts, who kindly went on an hour earlier due to the allocated band being stuck on a flooded A38 (water main burst). I had seen them twice before and didn’t get it; too much banter, guest vocalists and messing around… Today on this sunny early afternoon however, Mensi and his raggle-taggle crew nailed it with a no-nonsense yet humourous assault through their repertoire. Great to hear Leave Me Alone, 2 Million Voices, Teenage Warning and Who Killed Liddle (Aldi did!).

The bucket list got another tick when I finally got to see the Skids in the flesh – they were marred by a quiet PA at The Woodland Stage, and this has given me incentive to catch them again to ensure tinnitus prevails. It was a treat to hear all those leg flailing hits we used to watch on Top Of The Pops and listen to on the Sunday night Top 40 countdown – (kicking off with) Charade, Into The Valley, Masquerade, Working For The Yankee Dollar, Saints Are Coming, Circus Games and that hoary old chestnut TV Stars (ALBERT TATLOCK…!).

Having seen (and played support to) Stiff Little Fingers on several occasions, I could have given them a miss and perused the Something Else Tea Tent instead – glad I didn’t though (despite the low volume) – it was a tight ‘festival’ set with all the right songs in the right (law and) order… It gave us all the opportunity to sing every word of At The Edge. Also great to hear Listen.

It’s great to revel in the past and dance on tables to (err…) She Sells Sanctuary – but it’s really important to look to the present and the future and embrace what lies before us and ahead…
Enter The Blunders, Heavy Lungs, Sunshine Frisbee Laserbeam and The Blinders. 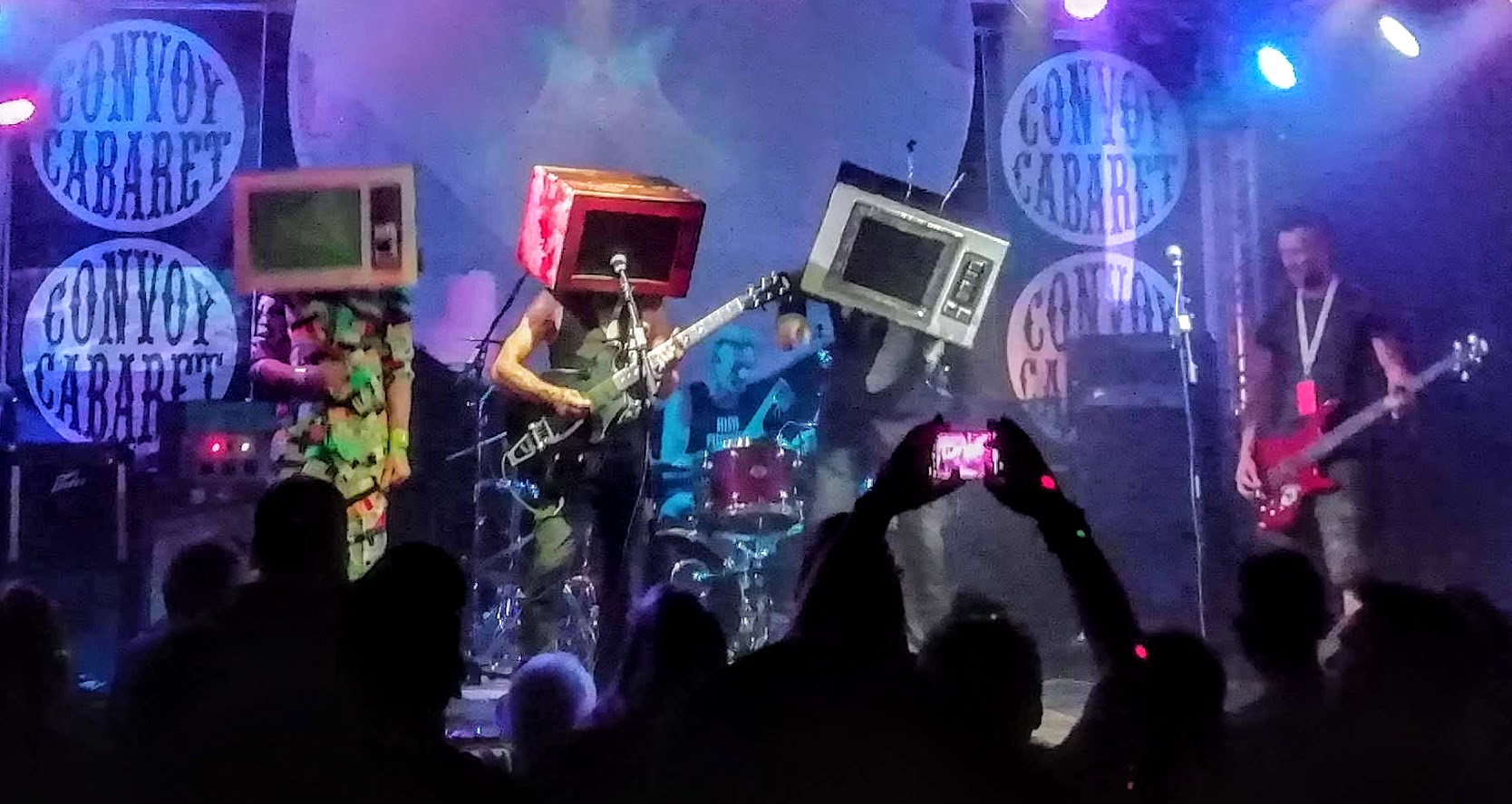 The Blunders baptised our Bearded Theory, taking to the Convoy Cabaret stage on Thursday evening; anointing the hard work we endured putting up tents and drinking Hobgoblin. They must have something on the organisers as they played at least three times on different stages over the weekend! That aside they were a welcome energetic punk rock-a-lula-bish-bosh-bash with some good social commentary, plenty of cockney-ridden humour and Digestive Biscuits! 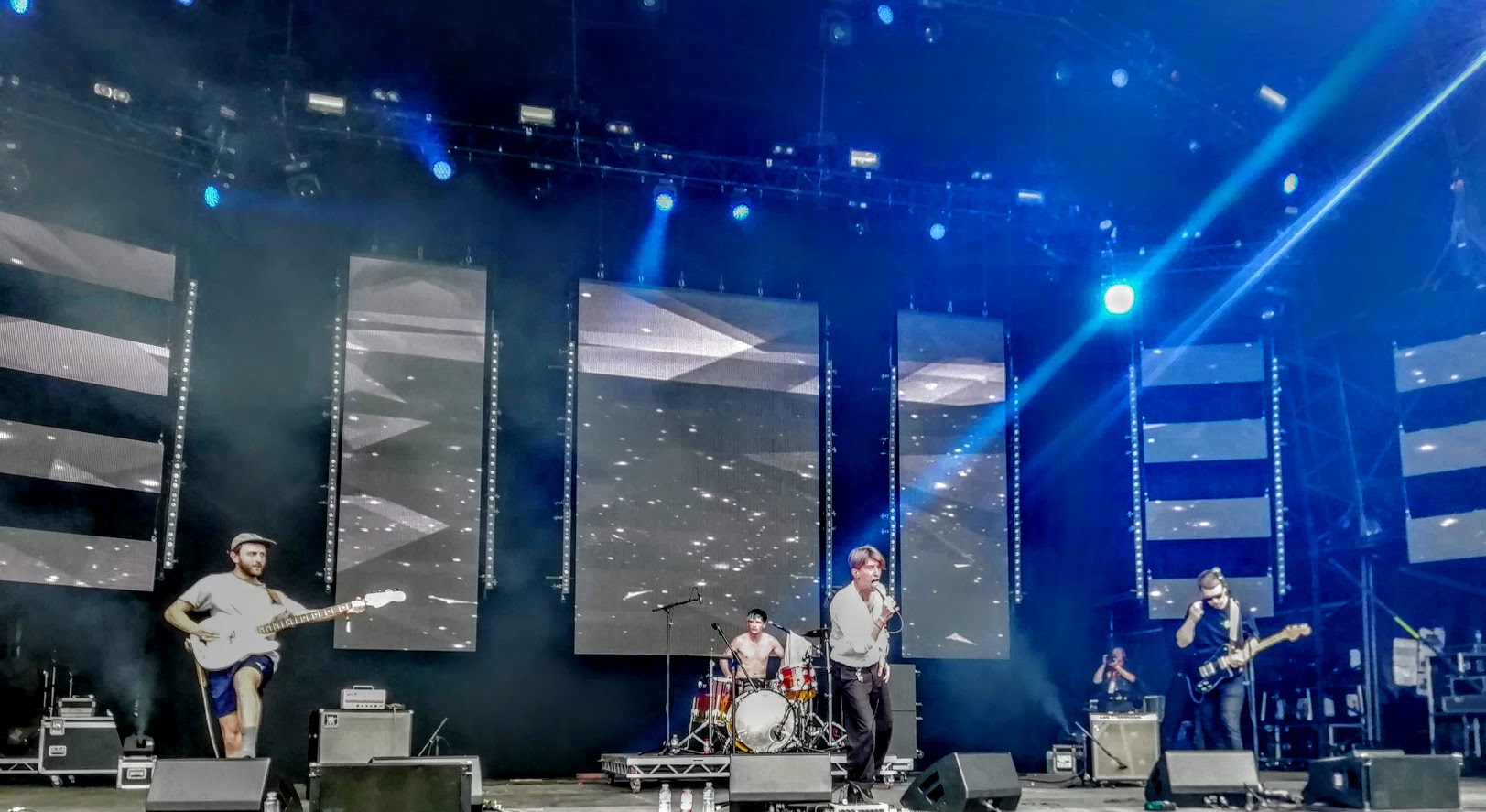 Heavy Lungs come from that Bristol stock of excellent bands (Idles, St Pierre Snake Invasion) and are fronted by Danny Ndelko (who is immortalised in that Idles song). They are (what John Robb has termed) a wonk band – that new breed that 6Music now deem acceptable, and so long as they do then Heavy Lungs should make hay. The indie twee luvvies will wonder what the noise is all about. The rest will behold the noise, the energy, the screeching guitars, thrashing drums and lap up every dis-chord.

Sunshine Frisbee Laserbeam is a rubbish name for a band, but they’re an exceptionally un-rubbish band themselves. Bringing their sound from the sun drenched shores of Birmingham where they sink or swim in a garage filled with punk tinged psychedelia. Yeah baby…

The Blinders were my personal highlight of this highlighting weekend… I loved their juxtaposed stance, their rock ‘n’ roll attitude, the fact they loved every minute of their performance, the fact we all did too and that they play excellent; dare I say, blinding music. Pogoing on the corpses of Suede, Rolling Stones, The Horrors, and Radiohead they made it loud, brash, hypnotic and wholly entertaining. The song Brutus was simply breathtaking… The Blinders are cool as fuck….

The Gods were kind to us; Thursday, Friday and Saturday the sun beat down on our top hats and disco gear, Sunday, Monday a bit of rain, but nothing of biblical proportions. Time between bands and stages allow you to sample the excellent local real ales on sale (£4 a pint – same as last year), and the plentiful food stalls (all notably more expensive than last year). Lots of activities for those brave enough to bring their kids here, and a range of stages, from the ‘introducing’ tent to the Pallet (main) Stage.

Another cool band are The Oh Sees [pic by Emma Birchall] an outfit from California. I’ve been bragging about having seen them play at The Castle in Manchester many years ago… Or did I? Regardless of this, they swept us away on a tide of psyche-punk sodden twisted tunes. Two drummers front stage, playing almost identical beats might seem like a waste of drums during these times of austerity, but it was so effective. It was both a spectacle and spectacular with great prolonged punk-prog-outs before smashing back into the song… Wonderful.