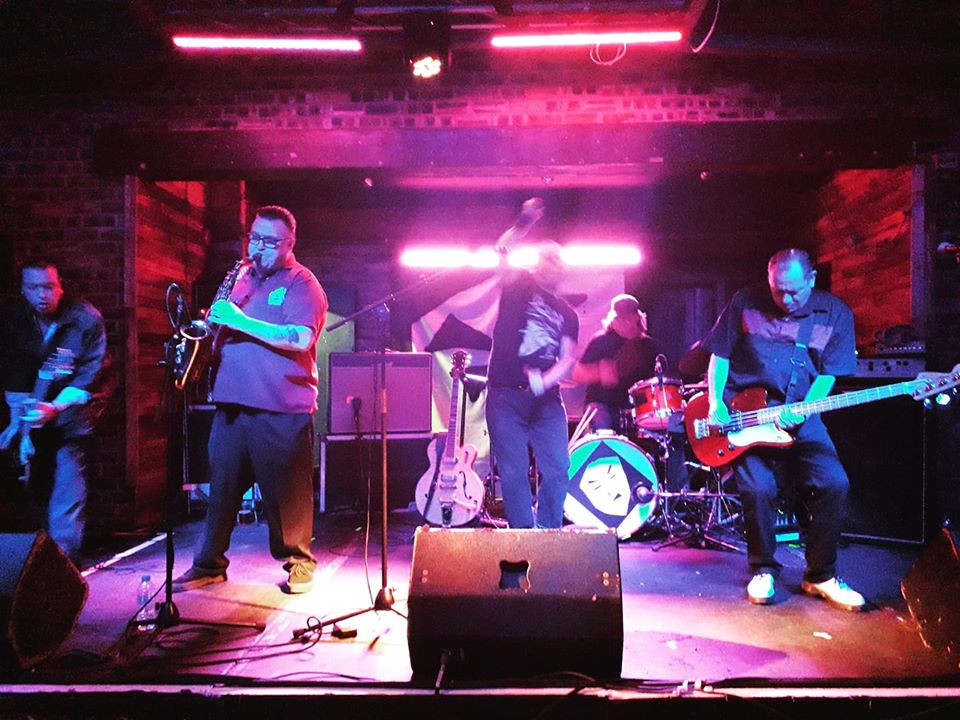 It began with confusion as the online ticket companies had billed the venue as The Live Rooms, Chester – so I beg to think how many people got off the train and walked across the road and into the wrong venue in the wrong country!!
The Live Rooms in Wrexham, which is run by the same people as it’s English namesake is the old Central Station. It’s had a revamp and looks much improved inside.
This was a last minute opportunity to catch a band I’ve not seen before. Yes, there’ll be that element of nostalgia involved, hoping I get to hear songs from my teenage record collection, but also to hear some new stuff. Theatre of Hate have just released the first in a series of three 10″ EPs ‘Sensou’ (in glorious pinky-purple vinyl).

Opening with The Klan off that EP to an appreciative audience, the style is one of sax laden post-punk punch. Stan Stammers is instantly recognisable on bass and I still own a couple of Epileptics singles (though unsure if he featured on them). Stan joined main-man Kirk Brandon to form Theatre Of Hate in 1980, having turned down the UK Subs!

The sound they made during those two years set them apart from their post-punk contemporaries, like your Killing Jokes, The Fall etc… The prominent saxophone and of course that voice… Kirk Brandon’s distinct voice that beautifully bellows over all his output.

The band traverse through the back (and not so back) catalogue, like My Own Invention, The Wake and Nero; Brandon, when not playing guitar takes that uncomfortable rooted robotic stance before piercing eardrums with his voice. 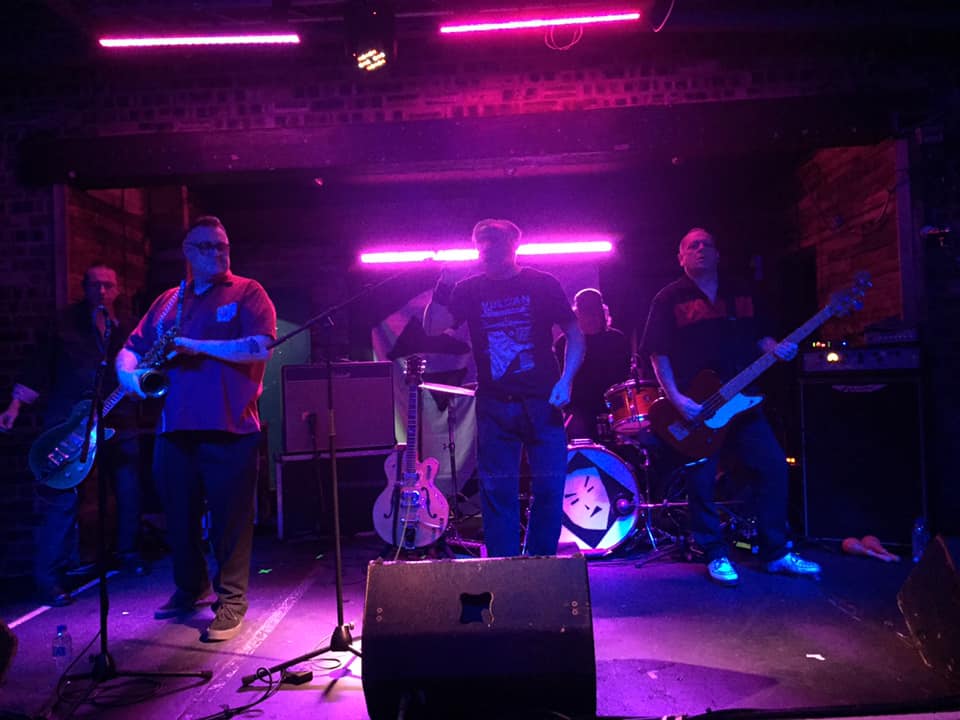 No support act tonight made it quite a short evening and that familiar bass line to bring about the start of Original Sin signaled the end was coming… I first heard this incredible song when Kirk Brandon and Rusty Egan revamped it in 1984 and released it under the moniker of The Senate. For years I preferred it to the original, but latterly, the original Original Sin has taken precedent, with it’s lack of production standing the test of time…  And yes, I do believe in the Westworld.

There was time to coax the band back on after that Westworld finale and we were truly spoilt by the brilliance of The Hop, Legion and Propaganda.

This sixteen date Sensou UK tour is just about over – next on the agenda is Kirk Brandon’s pre-Theatre project The Pack who are playing their first dates in 40 years this January to coincide with the release of Dead Ronin.

Check it all out here…