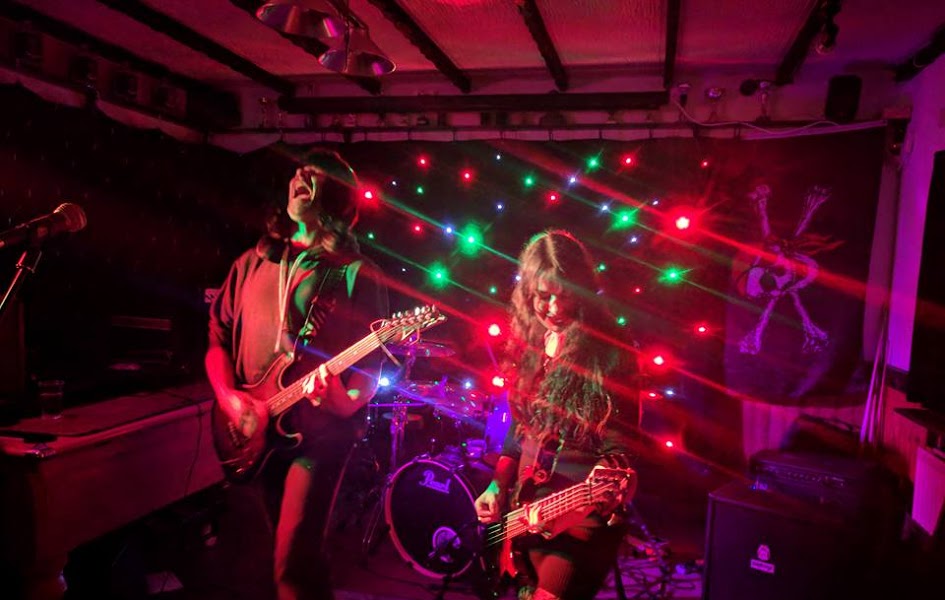 A handy collection of three fine representatives of the burgeoning local original music scene, all gathered in the cheap and ever cheerful Skerries?  Yes, that will do, even for a flying visit from me.  It was good to see a lot of other band members out to support too, not something that always happens with folks caught up in their own bubbles.  I had sent some drunks to reserve me a seat up front so had a good view of proceedings. 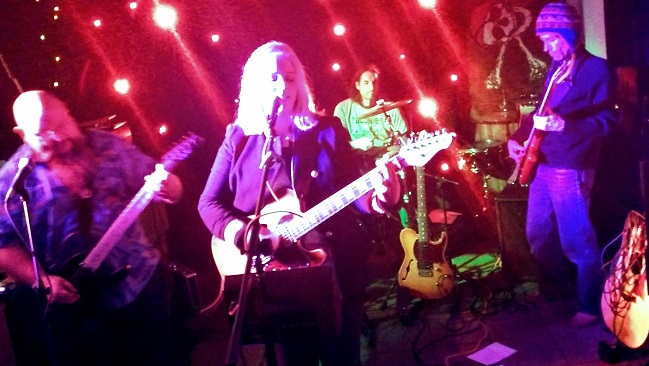 First up and a first time for me to catch Velvet.  Not many chances so far as they are a relatively new band but plenty of previous experience under their belts.  James Phillips is a magician at turning and tuning his guitar skills to whatever project he’s involved in and he and the band provide a gentle and subtle undertone to what is the focus; the lead vocal from Aimee.  A striking talent, of an ethereal quality that puts in mind Massive Attack or Chelsea Wolfe, it is a really strong performance all round.  They have a new EP “Fire” out which I manage to steal/ask nicely for. 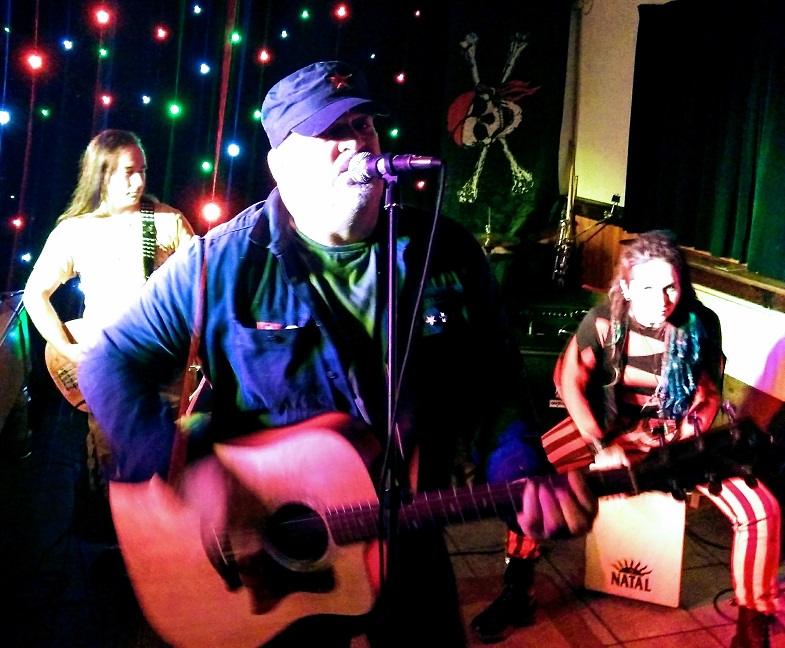 Next a trimmed down Red Or Dead, sadly lacking their own female (joint) lead for tonight.  Rob is enough of a presence to more than fill in the though, as he starts off by telling us (or rather his political enemies) where to go in no uncertain terms.  They are very much strident in their folk punk passion, but it’s done with such an excellent and experienced craft that it easily reaches a favourable comparison with the likes of The Levellers.  With their new album “Trotsky Waltz” out I hope they get to spread their gospels of positive change far and wide! 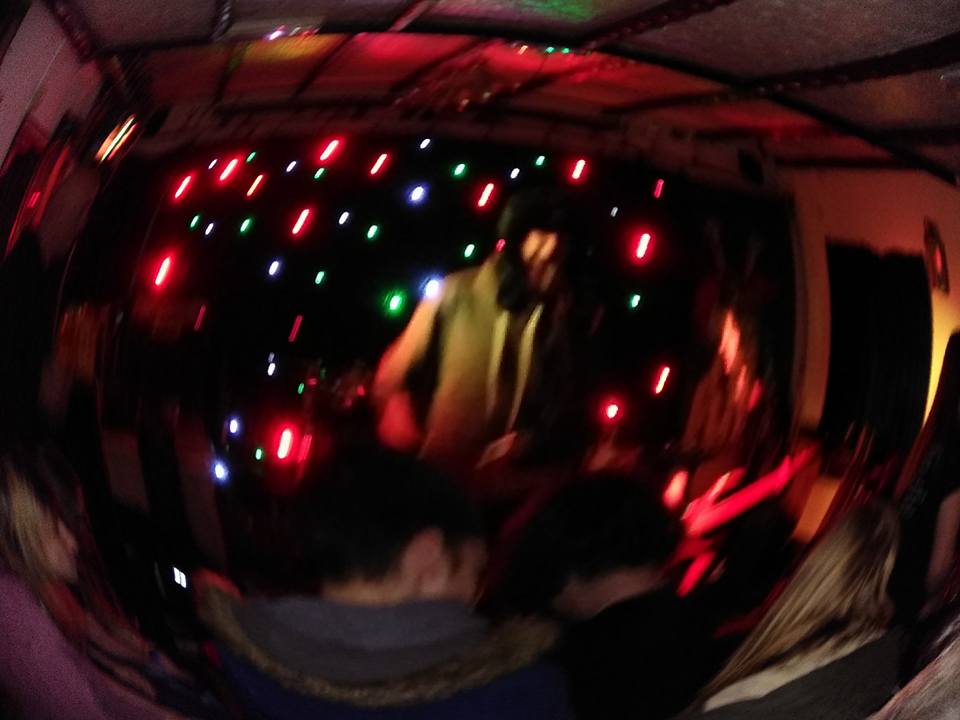 Finally, the notorious Spam Javelin to crank things up and freak things out.  I think back to Mr Crud’s origins in 4Q and the similar chaotic expectations, but now there is a bit more musical solidity and charismatic humour.  In fact, I think this is probably the best I have seen them (even better than when I played in them!) especially with a really hard hitting and precise random drummer addition. It’s all a short sharp blast of catchy raucous punk, with an encore that also tells us to leave in a sexual fashion, not following the example described in their new Arseholageddon EP hopefully

Diverse and great entertainment, well worth a visit.