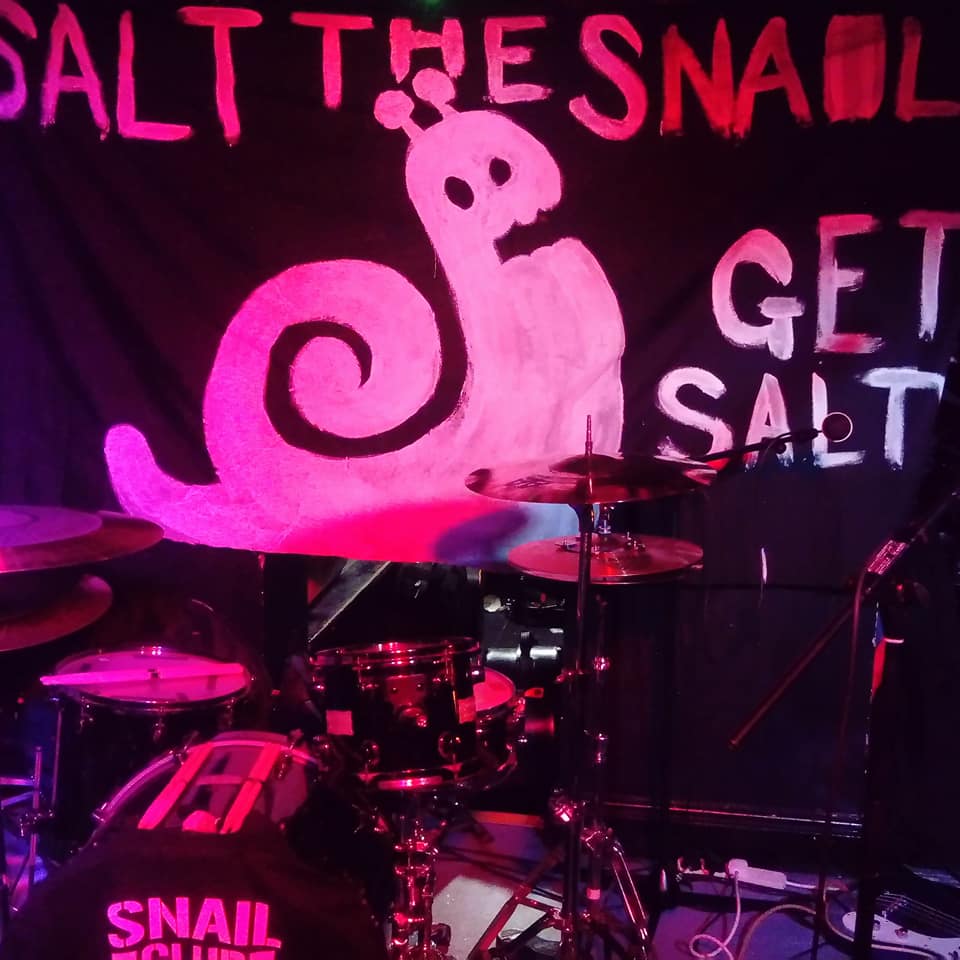 It’s Snailmania time – a Society Of Losers label night held in the basement of the Jacaranda – a great low ceiling room on Slater Street. Rich Phillips and myself headed across and met up with Steve Horrocks for some unadulterated fun. 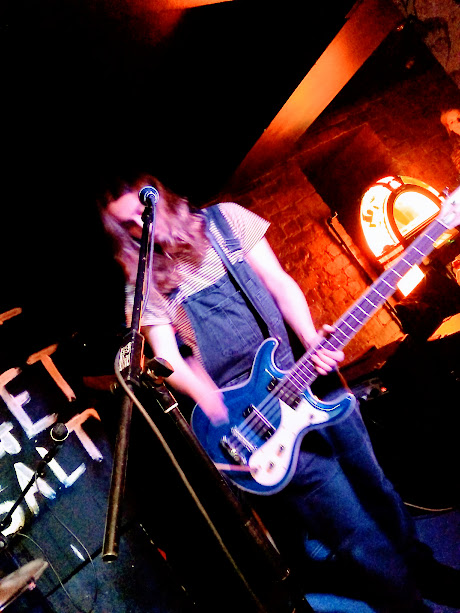 Let’s get down to business shall we… Wife quite literally rocked my world… In a continuing quest to see as many alternative bands that the world can offer, Wife are certainly up there among the higher echelons. They’re so young, yet portray experience beyond their years… Caveman-like drummer on a mission to destroy his kit and himself, a bassist-vocalist from Salem (c1692) who’s not quite functioning on the same level as his subhuman counterparts and a guitarist (drummer’s brother?) at ease at playing intricacies and riffs I can only dream of.
The band perform a disjointed set of deliberately disjointed songs that jerk from uncomfortable beats to moments of hypnosis to freak outs to tranquility. It’s a sight and sound to behold and my limited command of the English language does not do them justice. 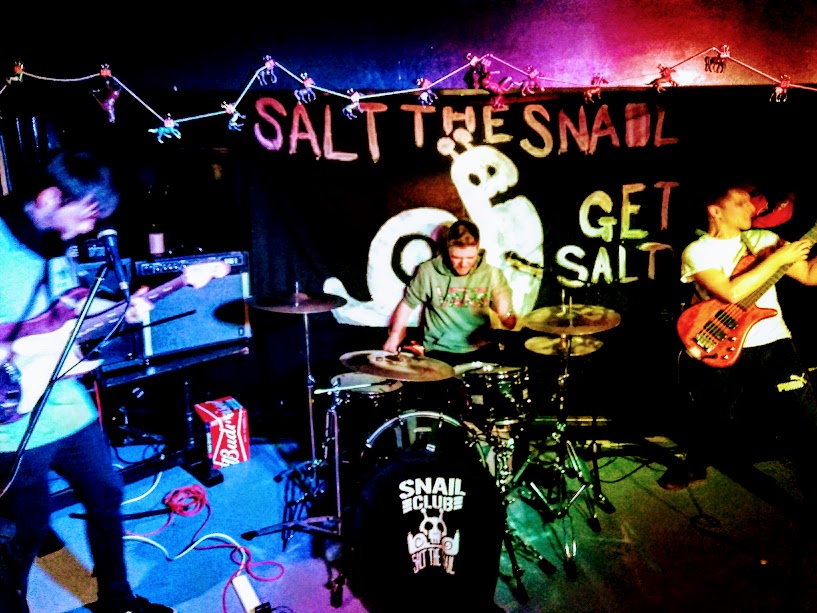 I was trying to work out if Bisch Nadar was perhaps something spelt backwards or an anagram. Google offers nothing, but what it does tell me that Bisch Nadar are a Liverpool band held in high esteem. They’re pretty hard to pin down, I can’t quite join the dots… They’re awash with complicated riffs, driven by a bassist you want to punch on two levels. One level because he gurned the most ridiculous faces and two because he’s one of the best bassists I’ve ever seen! The tunes jolt in and out of reality, crammed with melodies, never to the point of turning grey, Bisch Nadar are clever, they never let down their guard, they keep your interest piqued. 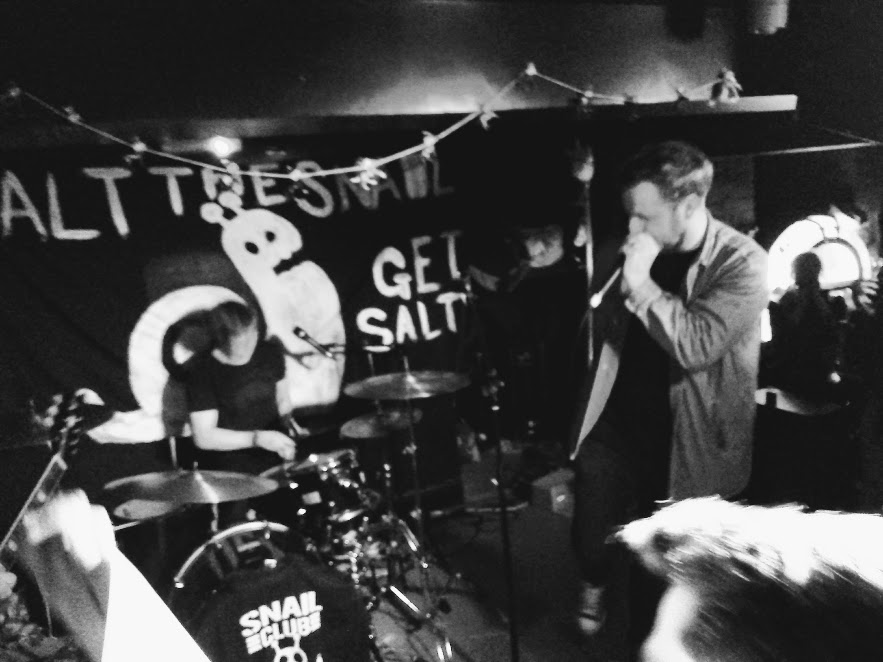 We are introduced to Salt The Snail with a Snail Anthem to the tune of Stars & Stripes and the madness commences – this is punk rock panto and crowd participation is compulsory. You have no choice, it’s a fully interactive show, a side show, a freak show by freaks for freaks to freak out to. The vocalist is in the crowd, is on the crowd, he owns the crowd in a whirlwind of spazzed-out two minute songs siphoned from the trash-thrash pits of hardcore-grunge… That dark recess where few dare to tread.
They have a magic Song Unicorn that holds the set list. It’s held out for crowd members to pull off a song for the obliging band play… Oh and someone actually won a second hand flat screen TV (it was that kind of night!). Popcorn is thrown at you, there’s horse-bunting and table-breaking. Don’t let this detract from the excellent music!