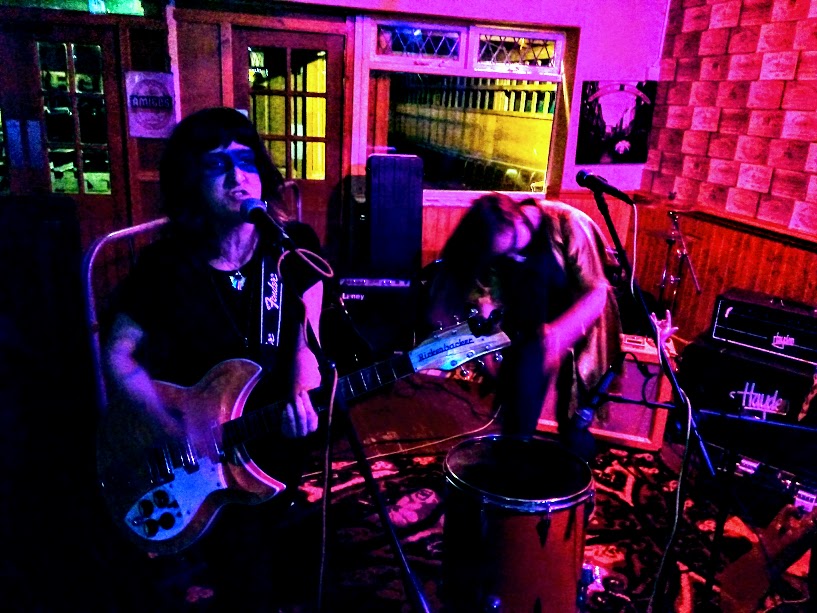 I love Glove and so should you… Promoter Steve Rastin felt compelled to get up on stage after their set to compare them to The Slits. And yeah he ain’t wrong, for this two piece from North Wales / Manchester possess that off-beat, very-skewed quality that is of The Slits legend.
Hannah and Stephanie are cave girls from another dimension, armed with guitars, a floor-tom and a positive anger-energy. They are scarily sexy (in a scary way), just like their songs… Stripped down and raw, yet provoking, tribalist, demented and toxic. Glove perform on a huge shiny-pink blanket, as they did in session on my radio show, swapping instruments after every song, this is performance art and almost flawed perfection.

The Perfect Escape made the journey from Wrexham. I was uninspired to be honest, and they probably felt the same playing in Rhyl. Nothing wrong with the actual performance, they’re excellent musicians (particularly the drummer) and all the right notes were played in the right order. Unfortunately this genre has never floated my boat and there’s a shed-load of bands all playing exactly the same music, which makes it extremely hard for a fledgling band like The Perfect Escape to make strides in this rat race. 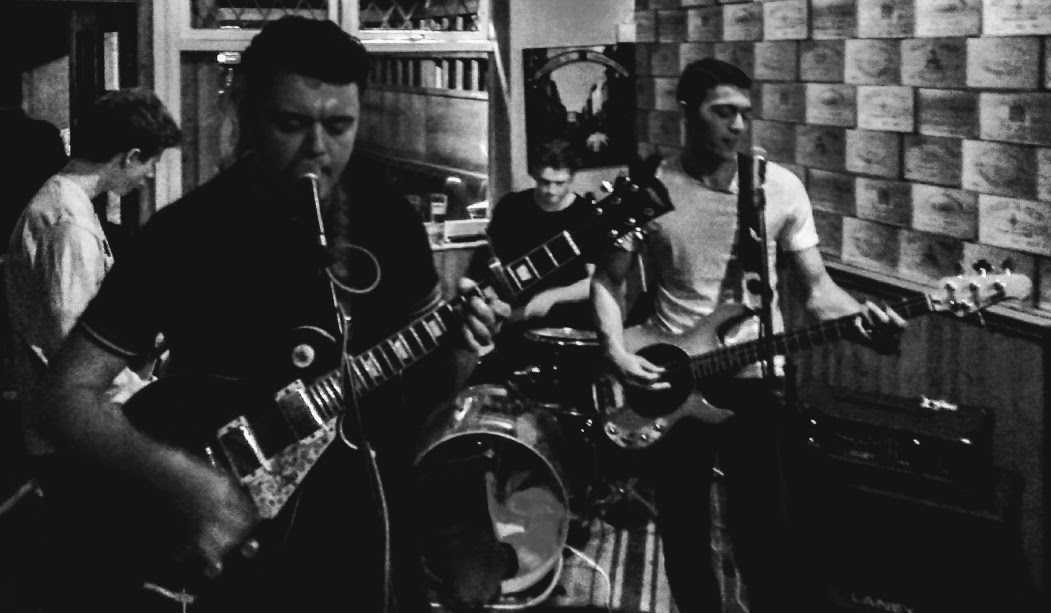 As is infuriating custom at The North, bands start late and the gigs run late and we all had school tomorrow. A bit of regimented discipline, like 30 minute sets, first band on at 9.30, second 10.45, third 11pm would ensure the final band would at least have an audience to play to. We stayed out of courtesy to Bangor’s Rebecca Riots, although our patience was tested when it took them 35 minutes to set up, during which time they prattled about tuning up and banging drums. It was 11.40pm by the time they kicked into their first song… Was it worth he wait? Yeah they weren’t bad at all… Better live than their recorded material actually with enough twists and turns to keep you interested and good guitar work and a strong voice.
They’re chasing the dream, playing Leeds, London and err.. Rhyl – good luck to them.