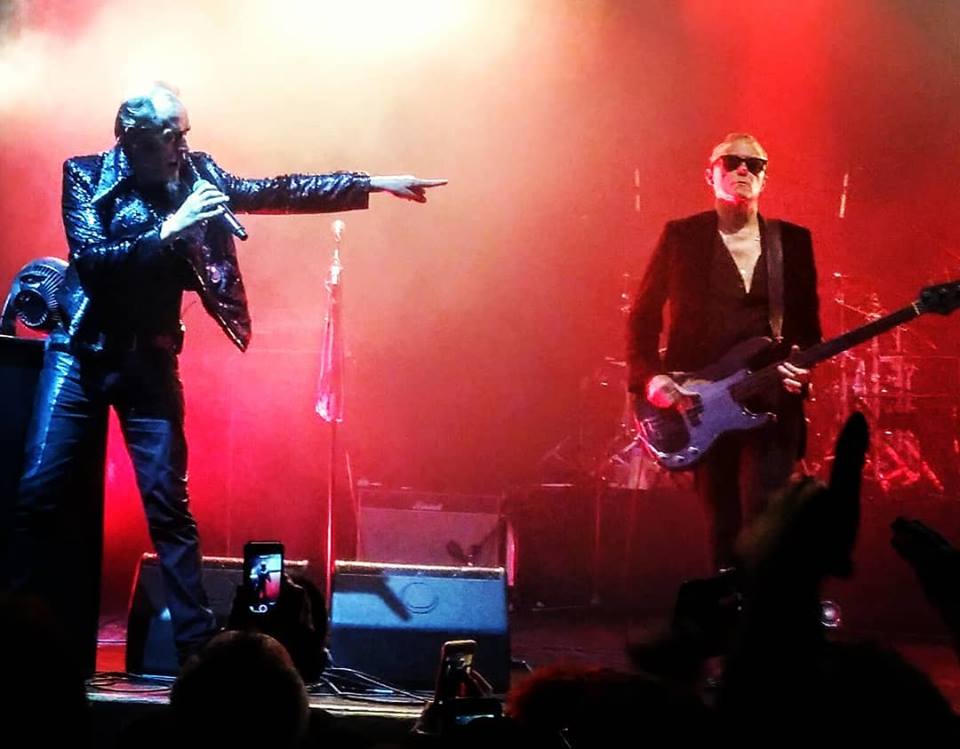 I saw Bauhaus on their Resurrection tour in 1998, it was a dream come true back then (still is). I absorbed every second, breathed every molecule. It was my nirvana to see a band that had meant so much to me as a kid who was born at the wrong time and in the wrong town.
With their well documented falling outs over the years putting paid to any potential re-resurrections it was with piqued interest to see that both Peter Murphy and David J had reconciled to celebrate (cash in) 40 years of the debut album In The Flat Field and take it around the world.

My meager £3.10 a week paper-round money restricted music purchases to 7″ singles rather than albums. It was only after leaving school and earning a wage that I could seriously indulge into the world of the long player.
It was the semi-posthumous offering of Burning From The Inside that became my first owned Bauhaus LP. I loved that album dearly, the production, what they left out of songs rather than what they put in was inspiring.
As a result, and despite owning them, In the Flat Field and Mask were far too goth for my musical taste buds. It’s only recently that I came to appreciate the sheer brilliance of that debut Bauhaus album. 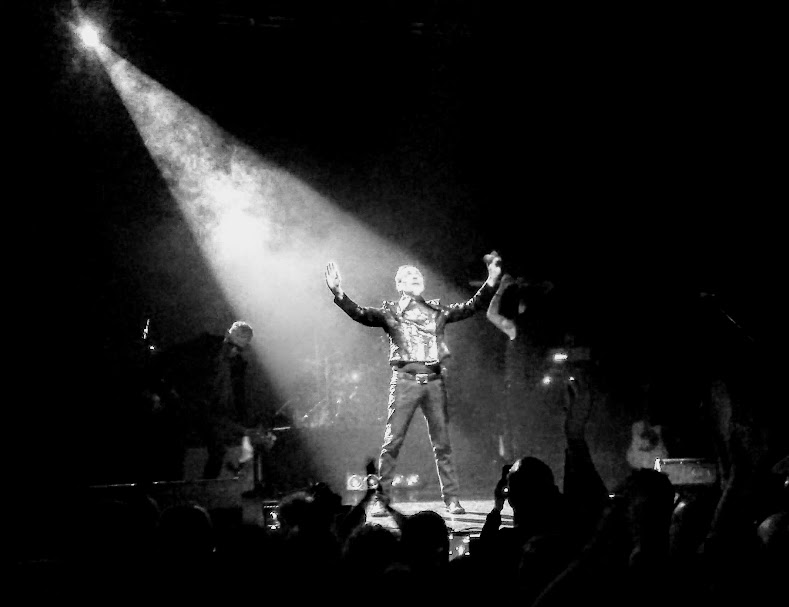 So rather than see another Bauhaus Best of… (of 20 years ago), this was In The Flat Field and a smattering of the said ‘best of…’ Songs you would not have envisaged seeing performed live again (or for the first time) – like, Small Talk Stinks and Nerves. I grasped these moments for I doubt they’ll ever come by again, all personified by a man with an all encompassing aura; Pete Murphy.
He may no longer be a slim pixie, thin and forlorn nor a count, white and drawn, but you can still rip pallid landscapes off his frown… oh the stimulations! His old sparring partner David J has been cut from a time forty years previous and placed here in the now, he looks exactly the same… there’s no complaints from him; no too much 21st century, cool as fuck he plays that familiar fretless bass.

Murphy commands the stage, time stops for no-one, we all know that, but just for a moment, I close my eyes (and then I don’t see you anymore)… I’m thrown back to a flat in Rhyl playing Bela Lugosi’s Dead at high volume much to the detriment of my neighbours.
Through the razor weeds we reach the end all too soon, there’s a nod to modern post-Resurrection Bauhaus with Adrenalin before Dark Entries signals the end. Ziggy Stardust is a swift pre-curfew encore.

Support act on this world tour is Desert Mountain Tribe – their set (no offence) seemed to be far longer than the main act! It was still very good – very garagey in a Black Angels kind of way, and their recorded output actually outweighs the live performance.

With the headlines of Pete Murphy pressing his own eject at his own gig a week later in Sweden, it’s great that he still has that unpredictable edge about him.
Can he hold it together for next year?  The presence of Darren Russell at The Ritz and the rumours of a Bauhaus reunion can only stir up dreams of them playing at Rebellion 2019 (although I probably scuppered Spam Javelin‘s chances of playing by spilling my drink on said Mr Russell..!).