GIG REVIEW – Nothing Nice To Say Festival Day 3 @ SO36, Berlin 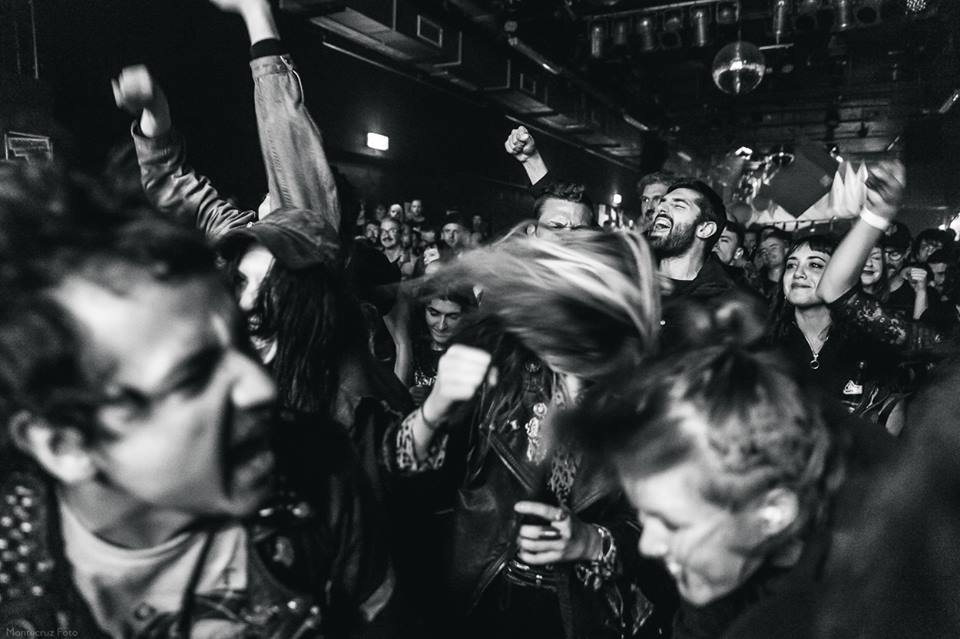 Cottaging for pizza, I meet Nathan, Kenny, Rob and a Bristolian contingent here for the festival. They invite me to tag along and show me the ‘pun’ slogan tattoos they drunkenly had done today, like; Born To Be Mild and Girls Just Wanna Have Pun. We have a beer or two in the street outside the venue and Nicole cycles past, she tells us of the demonstration she and 25000 others have been on in Alexanderplatz. Tenants are getting vociferous about the ever increasing rent increases in Berlin, greedy landlords are forcing normal hard working people out of their homes and the city is increasingly getting as expensive as London or Paris. 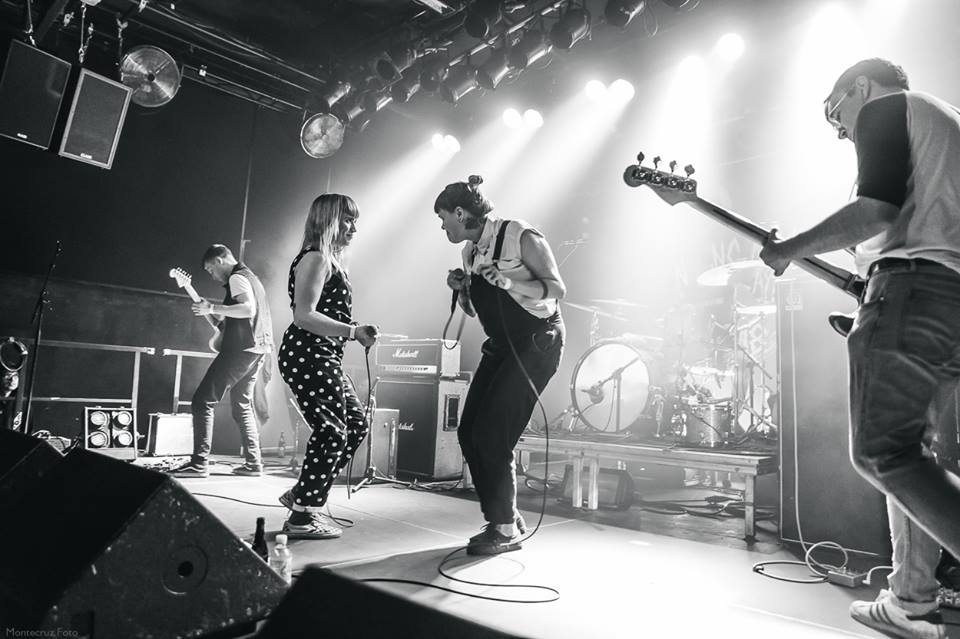 SO36 isn’t as busy this early on and we witness local punk band Femme Krakwall open up proceedings. They have dual vocals delivered in dungarees and polka dots, which made me think of a skewed version of Hagar The Womb meets Shampoo! It was good harmless fun despite me taking half their set to ‘get it.’

Keeping it Berlin, Gulag Beach continue in a similar musical vain, albeit slightly harder. Great power chords, leather jackets and catchy choruses from a disengaged singer. He sings ‘Everything is going down the drain’ as the cool looking guitarists seem to be in their element stomping through their repertoire. 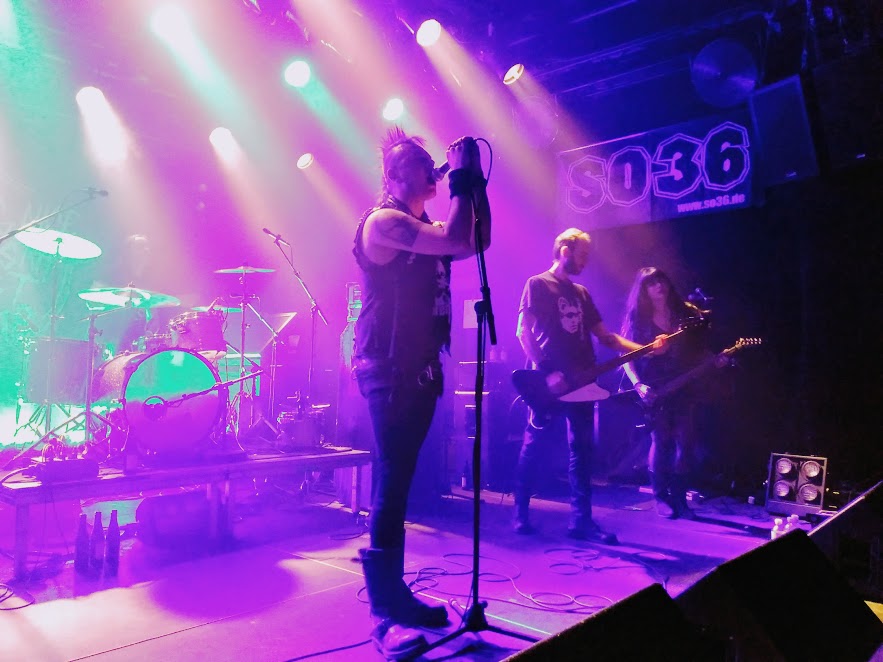 I’m watching Horror Vacui set their gear up, they’re from Bologna and are sporting Wretched, Discharge, Deviated Instinct and Amebix regalia, the singer has a mohican. I’m anticipating a brutal hardcore assault… Imagine my surprise when they start playing and I’m thrown back to my girlfriend’s flat in the mid-eighties, she’s playing Sisters Of Mercy records and there’s a Bela Lugosi’s Dead poster on the wall. Yeah it was a surprise to be gothed at, but a pleasant one all the same. Horror Vacui (like me), are too punk (and political) to be goth, but it’s ace stuff. The vocals are Christian Death-reverbed and gruff. One guitar plays that familiar Mission-Cure guitar sound, while a young Patricia Morrison on rhythm strums away  – it’s a wholly enjoyable set. Vocalist Koppa lets his HC roots out at the end with a ‘Fuck religion, fuck politics, fuck the lot of you, goodnight!’ 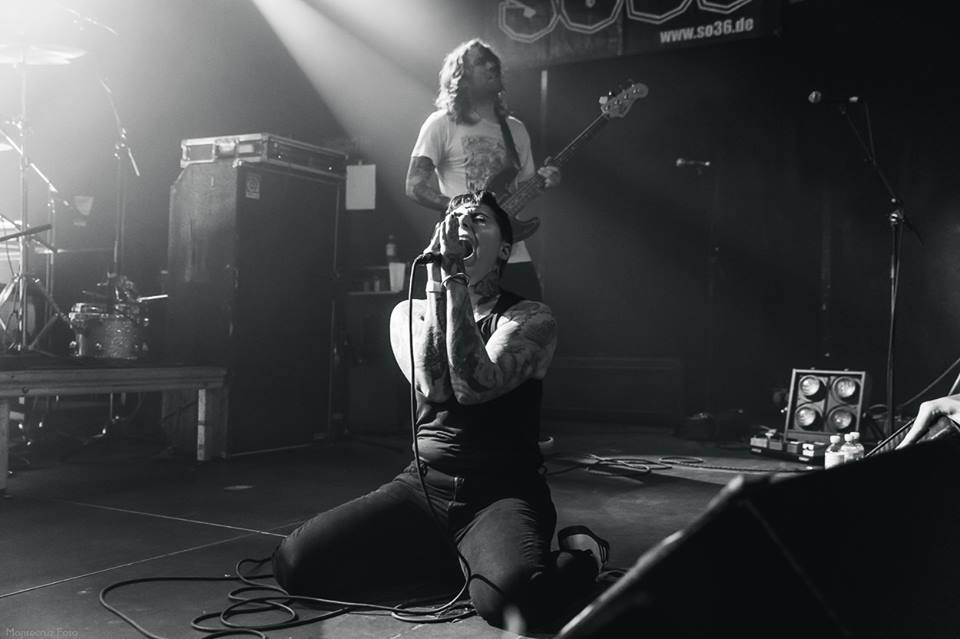 From California spring Neighborhood Brats – fronted by the Class A Jenny… Tattooed and animated to high heaven. She is the focal point as she floats like a butterfly and stings like a bee, with every move from ballet, karate and origami. There’s also great songs to boot, intense riffs, keeping you on your toes, keeping you interested with a pedal to the metal set. 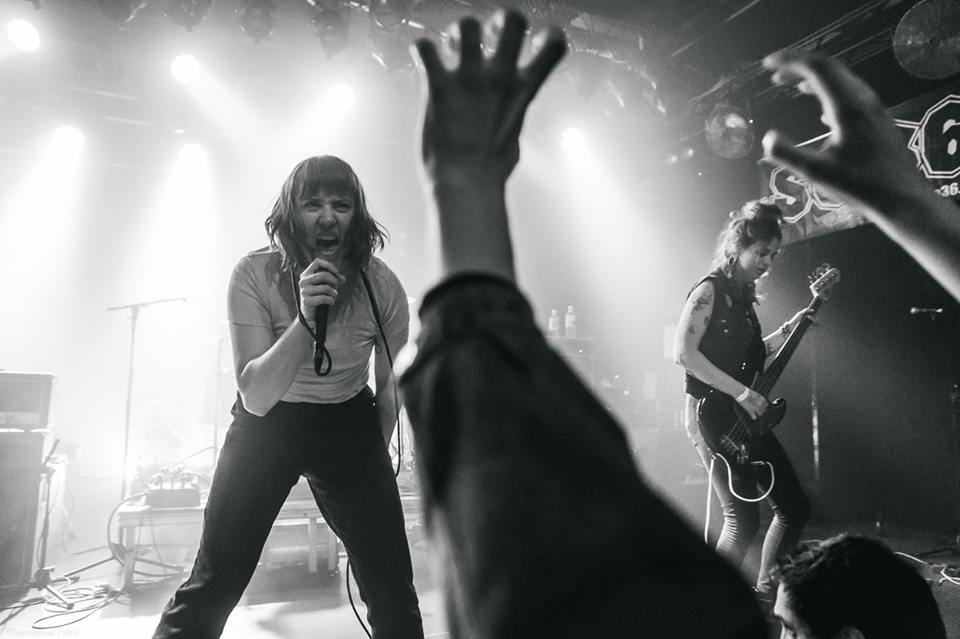 Enter Scandinavian heartbreakers Snor – don’t let the sweet and innocent looking singer fool you – there’s nothing sweet or innocent about her as she’ll rip you to shreds with one savage outburst. Snor is Swedish for snot and they are very angry, very violent, very hardcore. Whatever it is they put in the water in Malmö it should be compulsory worldwide if this is the result (or reaction). Both sound and performance leave me feeling both wiped out and fulfilled. 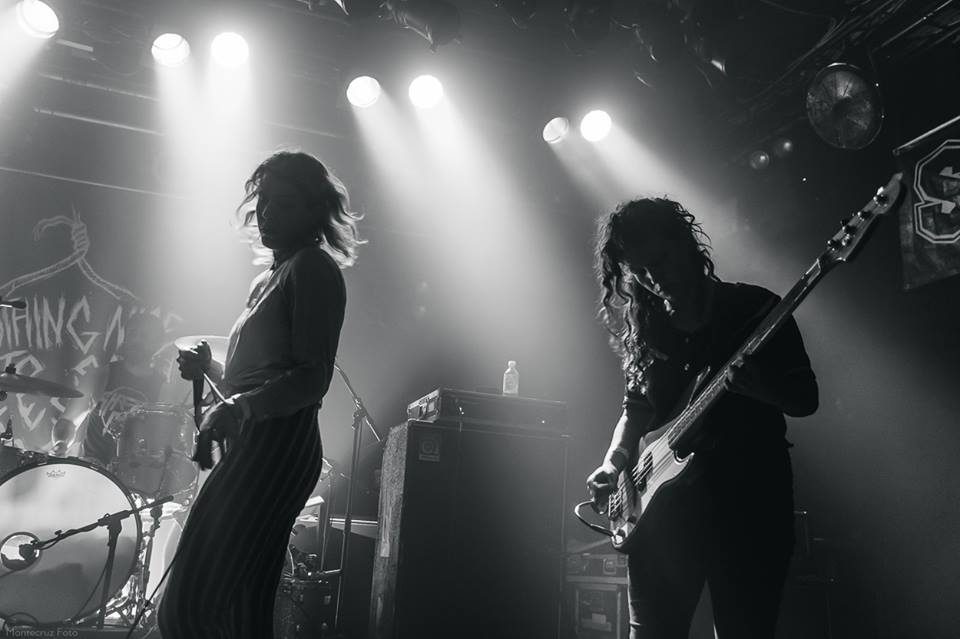 Patsy start with little fanfare and go about their set business-like. They’re almost genre-less, kind of straggling fast garage-punk and no wave with interesting weird parts worked into the songs. There was no engaging the audience but there was enough here to keep you piqued if not overwhelmed. That said, Patsy (with Troika) are the band I’ve listened to most since getting home. 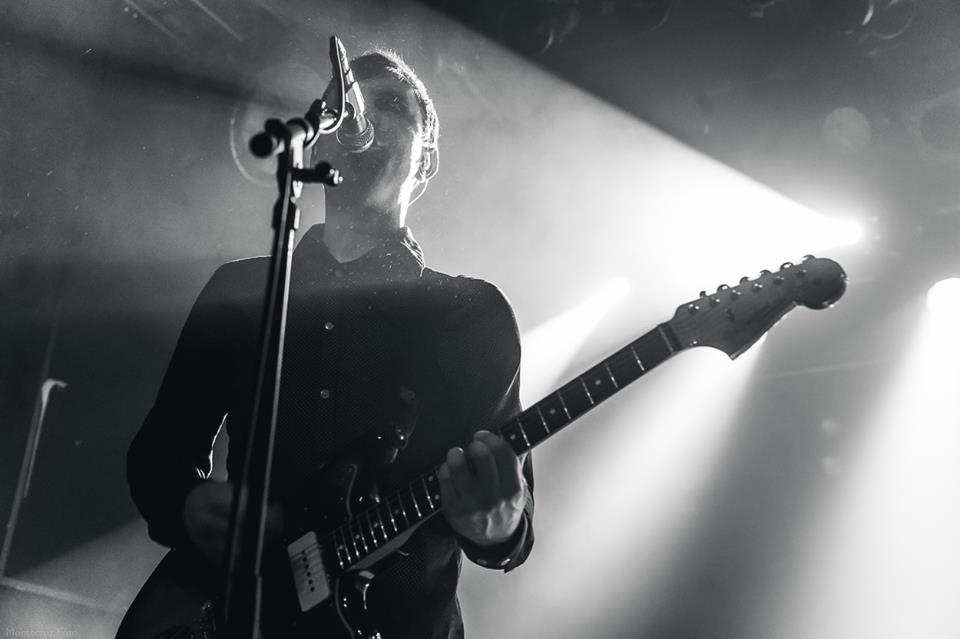 SO36 is now absolutely rammed. I first read about The Estranged around three years ago in Maximum Rock ‘n’ Roll and the interview was enough to warrant me going out and buying their Subliminal Man album. It’s an album I still play today, so the opportunity to see a band from Portland, USA was not to be missed; I wasn’t disappointed.
The Estranged are unceremonious, there’s no punching the air, they are estranged from their audience, but then again, they don’t need to connect you. It’s a clean guitar sound and the songs are full of subtle yet complex layers. It’s hardened garage post punk that demands attentive listening and everyone is paying attention.