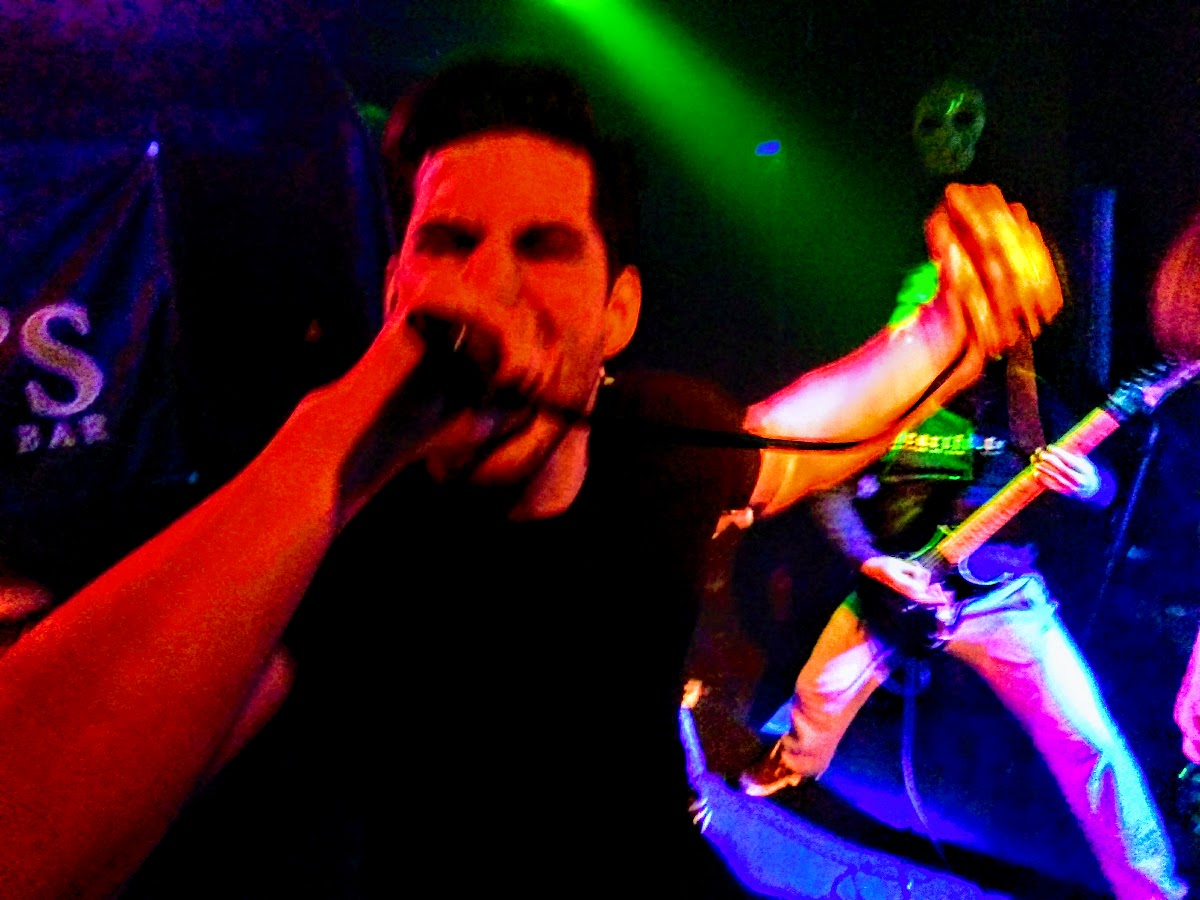 With the FA Cup shenanigans of Liverpool and Everton in L4 we opted for the comfort of the train from Rhyl to the sunny climes of Maguires Pizza Bar in L1. It’s my first gig of the year, the first of many in my continuing quest toward permanent deafness… Who said that? 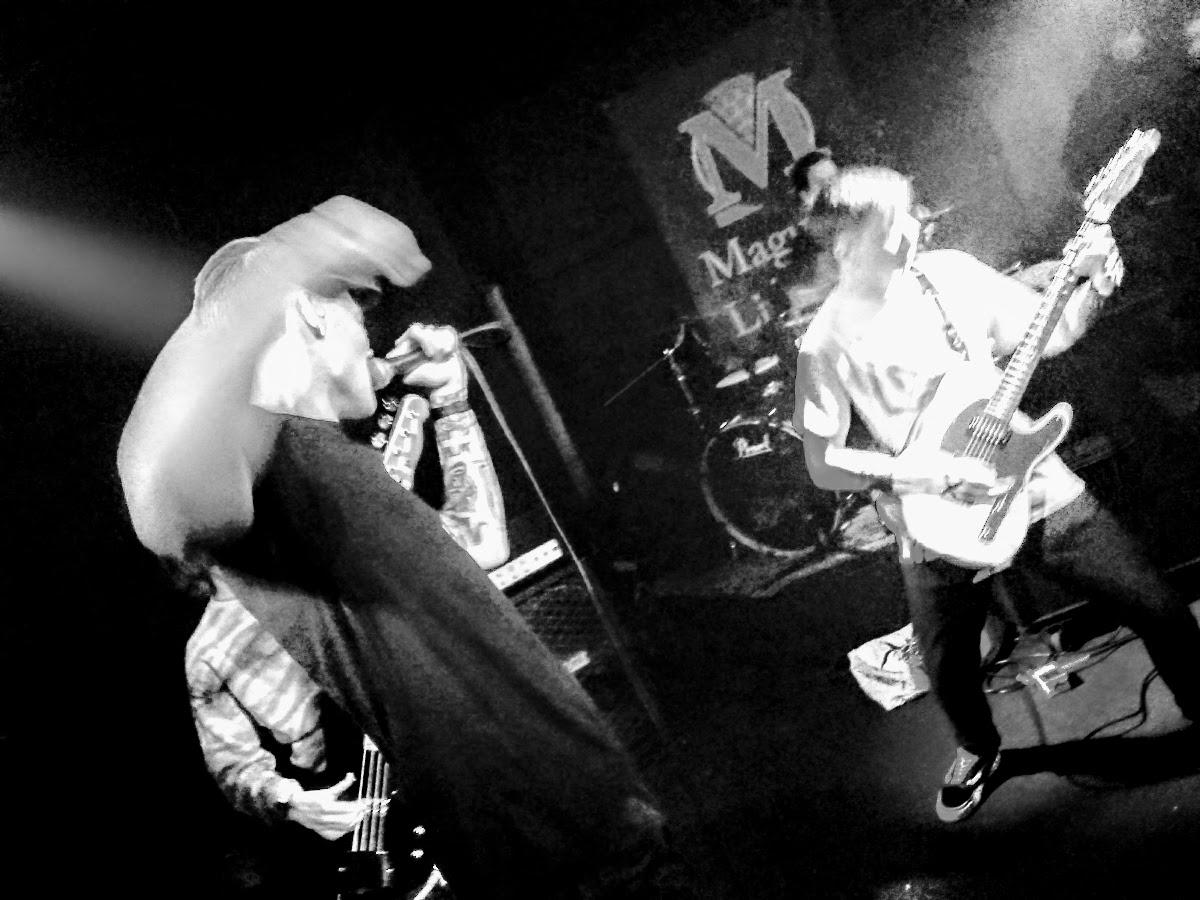 I could kind of say this is my first time seeing Dedicate, as my previous encounter saw a makeshift line-up. They call it Straight Edge, as in, No Drink and No Drugs, and this emerging scene in Liverpool do seem to take themselves very seriously. I call it punk rock, whether it’s hardcore, anarcho, screamo, thrash, straight edge etc, and hats off to the promoters for mixing the line-up in the name of L1HC.
I’ve never been one for rules and regulations as it splits a scene that is fragmented enough already, but if we all get along, respect each others views or, at least tolerate them within our sphere then it’s happy days.
Music has always been a way of life for myself and Crass taught me that ‘Punk ain’t about your standards and your rules.’ But we are a tribal race (see Crass Tribal Rival Rebel Revel) and identities are things that seem to make us tick. Dedicate are straight to the point; there’s little messing around, a cool front man and the band are very much in the mould of that early 80s American hardcore… My favourite kind of music. Get their Demo’17 from Bandcamp now. 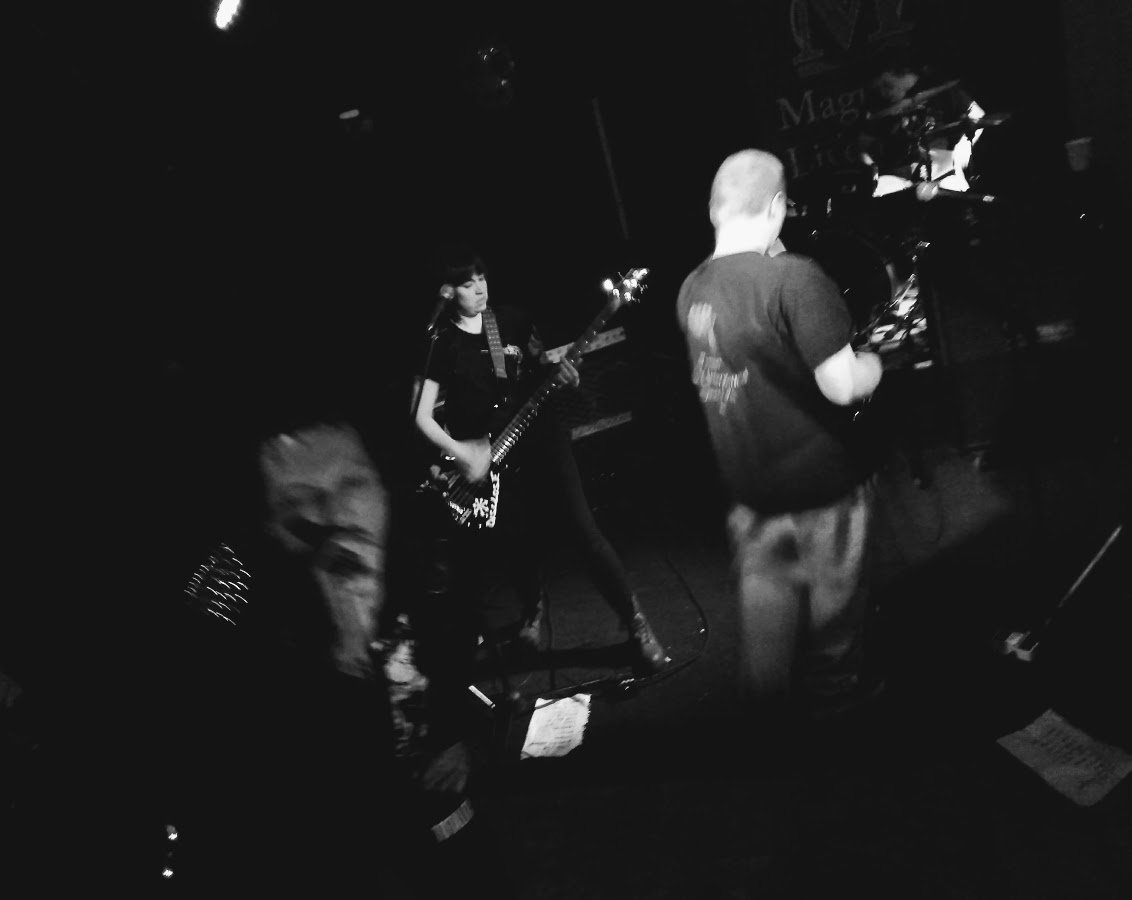 Auralskit pay homage to Discharge, as in that Hear Nothing-era Discharge. Brutal vocals front a buzzsaw guitar, distorted bass and frantic drums that culminate in a maelstrom of feedback hell YEAH! On stage you could see they were buzzing and bouncing off each other, as were the crowd. Their Extinction Demo is a pleasurable experience. Check it out. 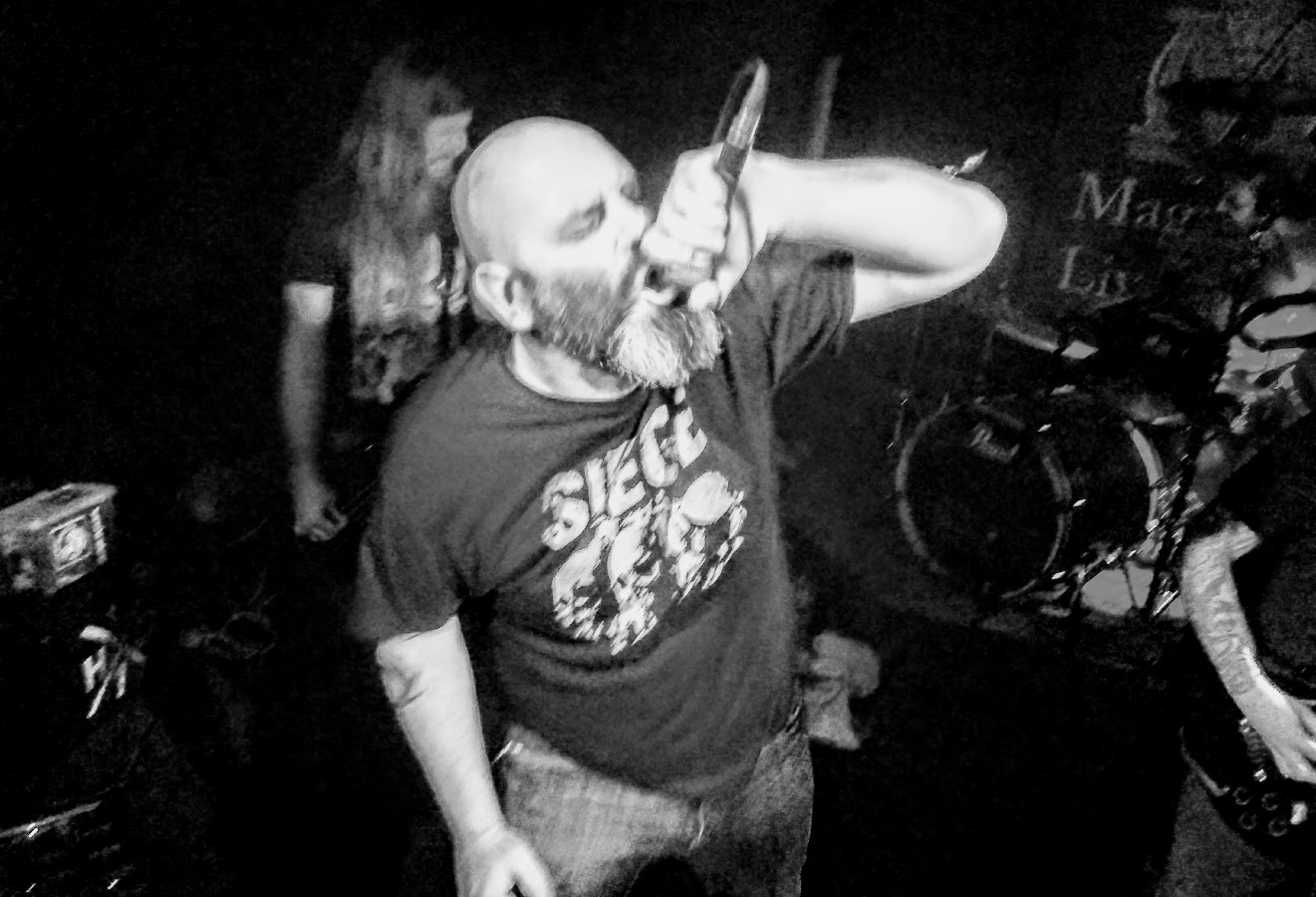 Abominate played a short but brutal set, and were better for it. For myself, I’ve become a buffer-zone punk, insomuch that if a song is longer than a couple of minutes my mind starts wandering, and Abominate have some very long songs! I was totally immersed in the drumming… Absolutely incredible, intricate fills, off-beats, rolls without any wankery. Amazing, which added to a thunderous performance. Their Diseased EP can be heard here. 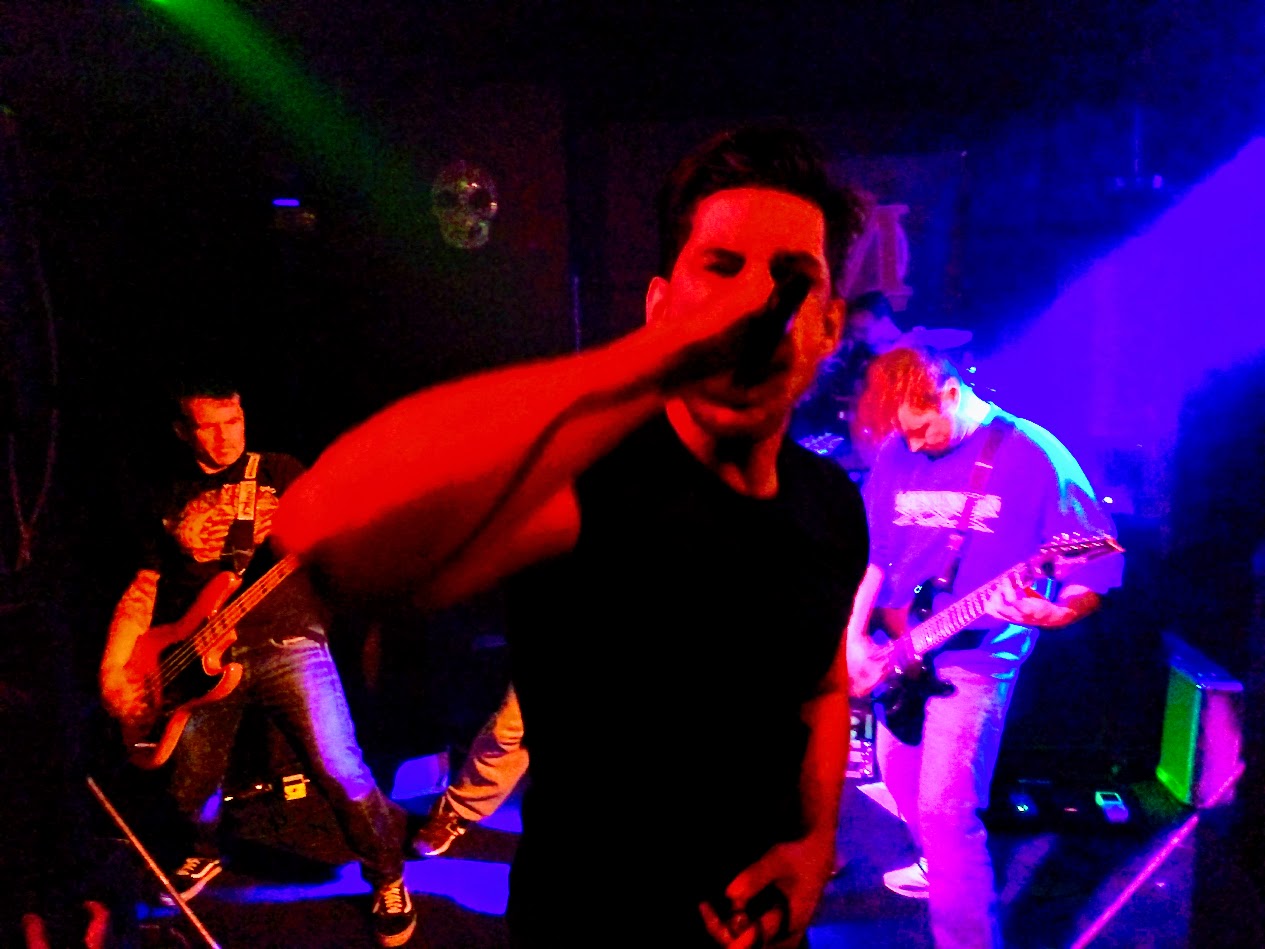 Devour from Belgium upped the ante and got some of the crowd windmilling, which got others pissed off, which threatened to get out of hand after the first song. Differences were quickly set aside and the band got down to the business of hammering out a set filled with ripping thrash… It’s hard to the core and seemed to be over way too quick. So quick we had to buy a copy of their album ‘Defiant To The End’ just to capture that moment again, superb performance, no nonsense hardcore and well worth checking out, and yes indeed, they were defiant until the end.