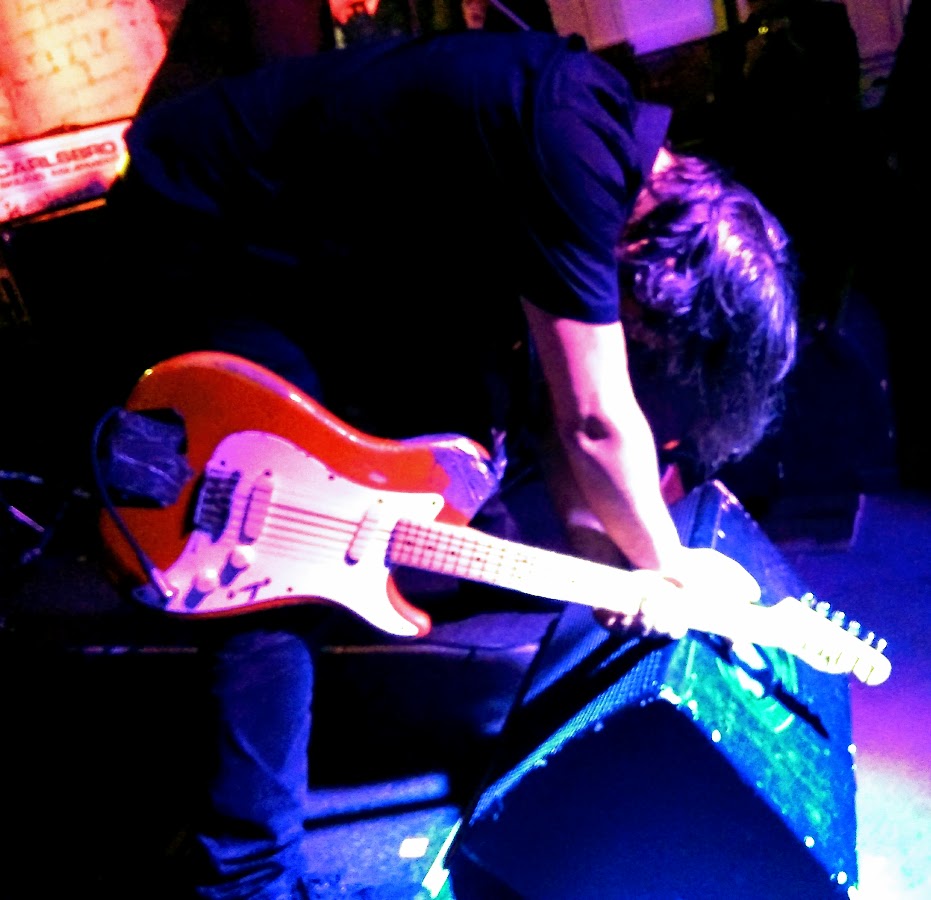 What a great gig! I’m so glad we didn’t heed the weather warnings to stay indoors and watch Eastenders. Instead we put snow chains on the car tyres, loaded our flasks with Horlicks and headed over the plateau to Liverpool. It was a little bit scary when the A55 had a whiteout and disappeared beneath us but the journey was so worthwhile. 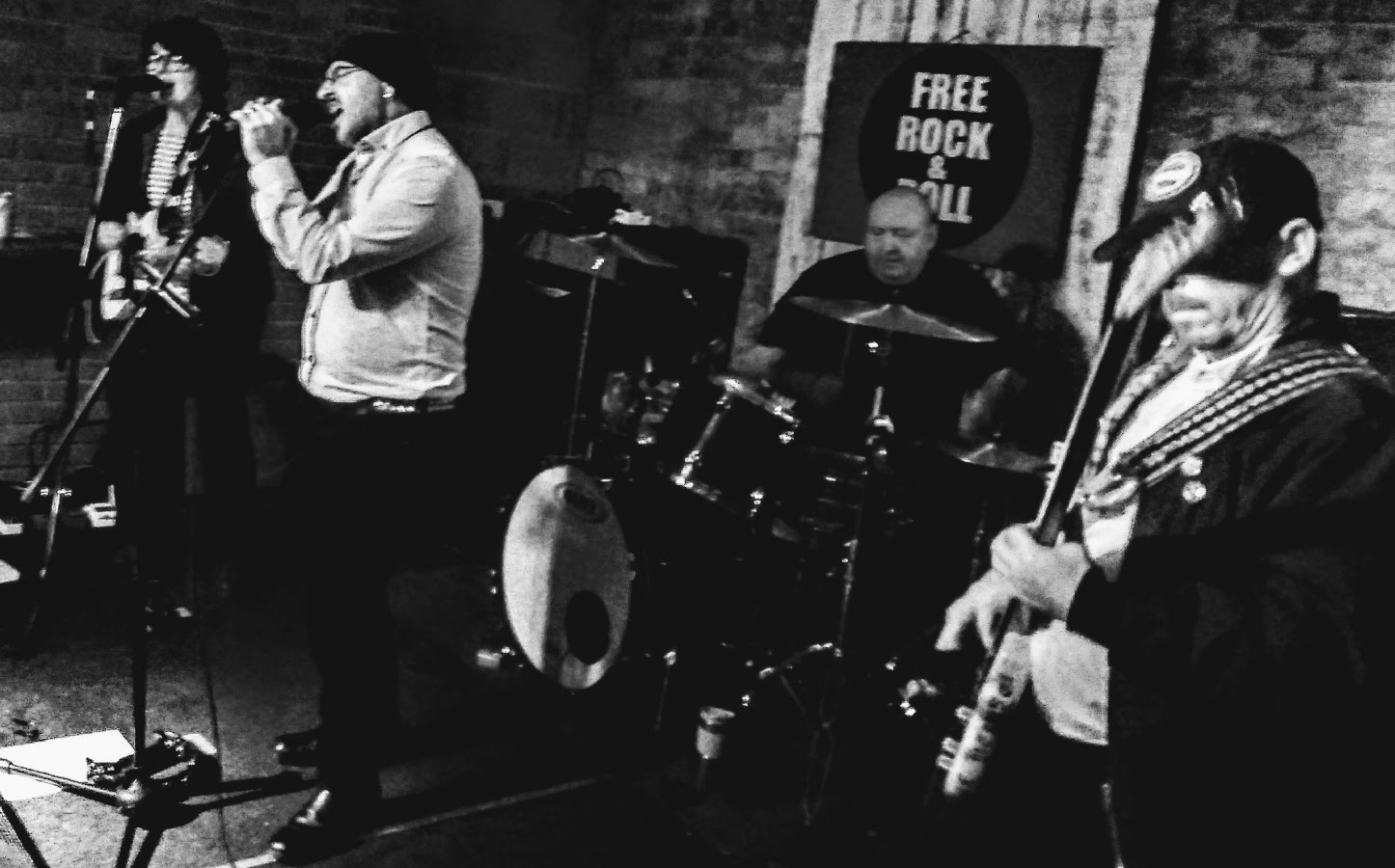 Pete Bentham; who is a Dinner Lady, puts on these fortnightly nights, dubbed ‘Free Rock’n’Roll’ and they provide a platform for bands home and abroad to play downstairs at a great little venue with a great sound.
That great sound was tried and successfully tested by Liverpool’s home grown Ticnotoc – a right raggle-taggle bunch, playing a simple brand of catchy post-punk. I say raggle-taggle as they look like extras from ‘This Is England.’ In fact, I would’nt’ve been at all surprised if Shane Meadows himself had cast them to appear in one of his productions. This all added to the entertainment…
A crisp and excellent guitar sound (one of the cleanest I’ve heard in a long time), a jiving bassist, Midge Ure’s long-lost destitute cousin on vocals and an ace tick-tock drummer who’s a dead ringer for Charlie from the film Snatch (the guy always barbecuing sausages “Two minutes Turkish!”) … Great fun. 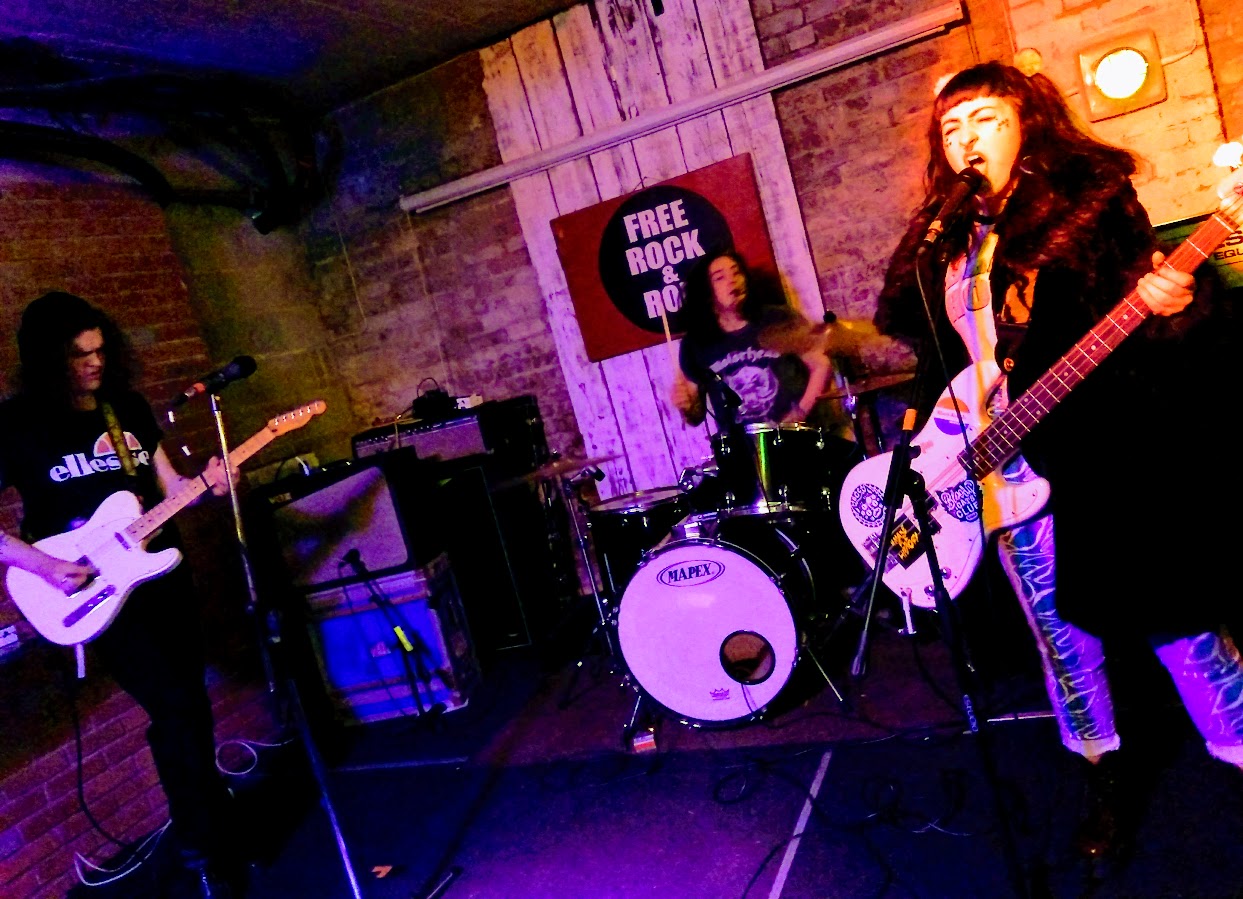 Mad Alice grace the stage next, at least half the age of Ticnotoc. The singer/bassist, Caitlin looks like a psycho-5-year-old in a fur coat. She plays simple yet effective bass runs as she wails out the songs; occasionally letting rip with a leap across the stage. Those songs segue into each other and have a toe-tapping seventies White Stripes-Hendrix feel about them and I found myself nodding away as the music  ebbed and flowed… Yeah good stuff, check their Soundcloud page. 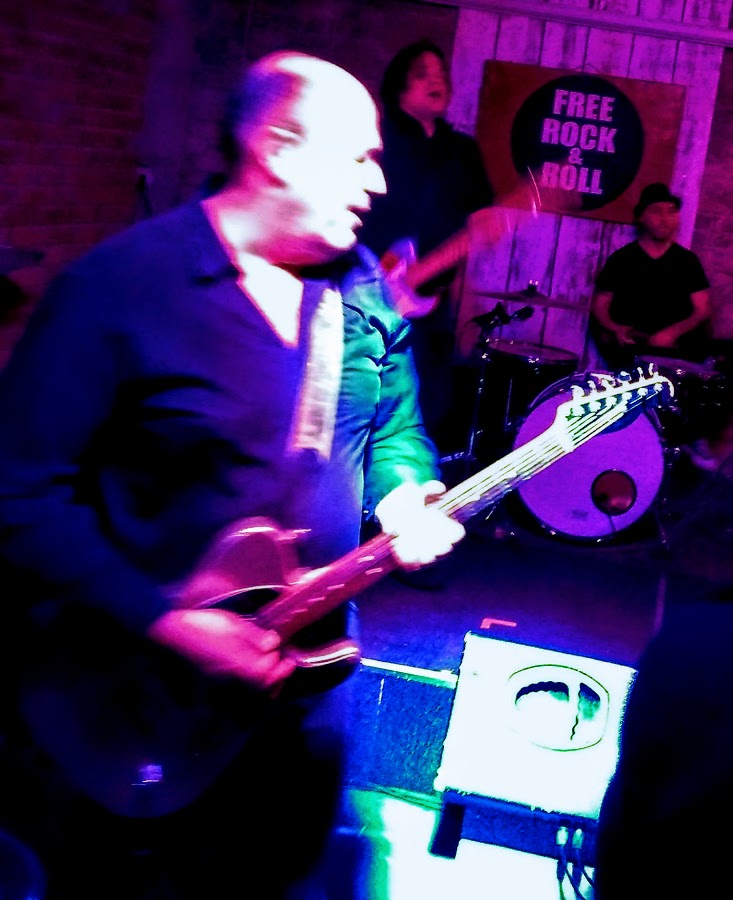 Tony Vermin, who is also a Dinner Lady. has long urged me to catch CUT from Italy, stating they’re one of the best live bands he’s seen. That’s a tall order…
CUT are nice guys, they’re from Bolonga and we chatted to them (as we’re heading to their city next month)… They hit the stage at a canter rather than a sprint… Their album ‘Second Skin’ sits proudly on my record shelves and it was represented handsomely along with the rest of their back-catalogue.
As a three-piece they have two guitars, dual-vocals and walloping drums. No bassist, just cleverly split-pedals for a great all-round sound. CUT look you in the eye, but there’s no malice; just a confident wanting, they want you to enjoy yourself and yet they’re confident enough to know you are going to enjoy yourself and this is just the start of the show. 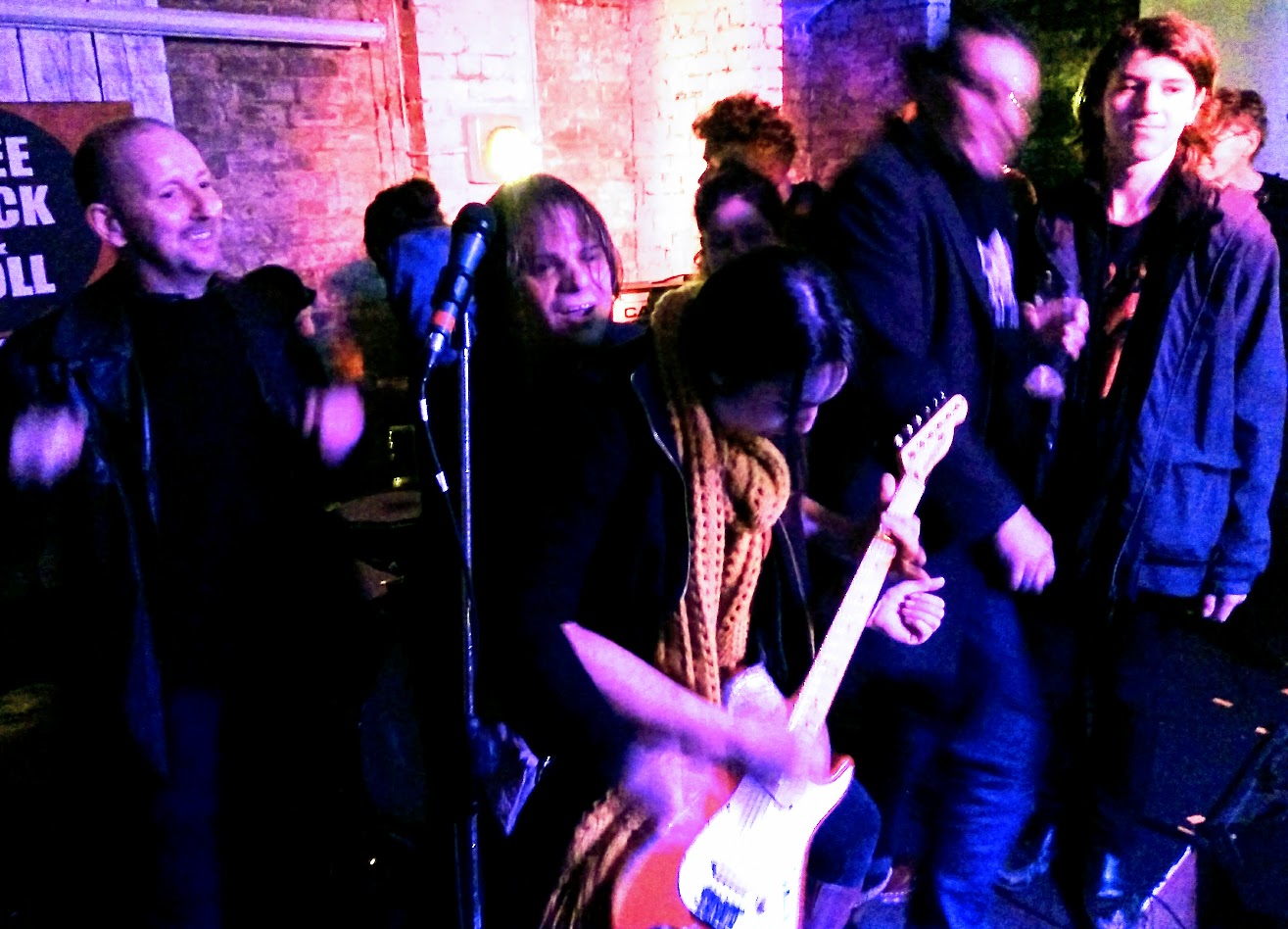 An early Killing Joke vibe is very prevalent and that’s a good thing as Ferruccio or Carlo will stomp into the crowd for some guitar fun as the songs pound on… It’s screech and roll, they rock and rule. The set ramps up, Carlo is a real live wire, he’s on someone’s shoulders playing guitar, the mic held high so he can sing… This, however, is not enough as they invite the crowd onto the stage and a melee finale of pure free rock ‘n’ roll entertainment leaves everyone with huge smiles on their faces.
We’ve been well and truly CUT.