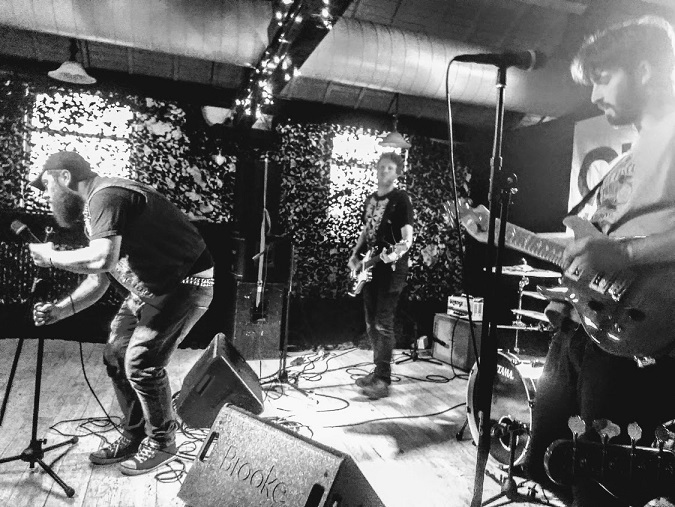 Funny place Chester, it doesn’t really have a scene… Yeah people flock from the suburbs when something piques their interest (like Skids at The Live Rooms 2 days earlier), but by all accounts it’s a pretty cliquey city. Chester Live has been running for a couple of years now, in a Focus Wales format; but Focus in Wrexham is well established, plus that town has a vibrant music scene. So some of the gigs here at Chester Live can be a bit bitty (others were sold out!)… This gig was one of the bitty ones, and the main act Louise Distras was obviously not as big a draw as anticipated. 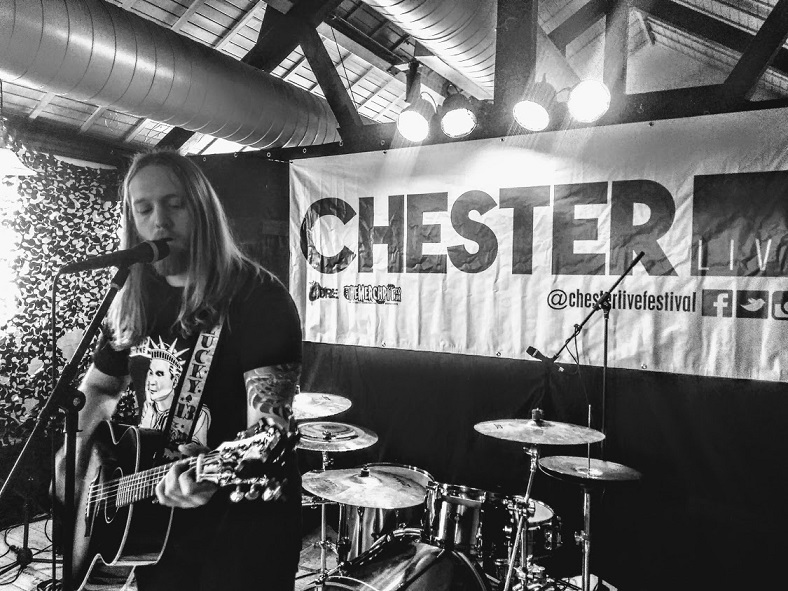 The Nordic looking Mike West has pillaged his way from Rockferry and was probably wondering what he was doing when he began playing to the sound-man. We (as a band) scurried upstairs and sat cross legged on the floor to at least give him an audience. He returned this gesture with a strong set of songs from a strong set of lungs and a great sounding acoustic guitar. I guess you’d call it protest folk, and Mike had plenty to protest about with nuclear war, being buried and our shit government but a few of his chosen subjects. All interspersed with sharp humour, and it was no surprise to learn he used to tear his larynx in a thrash band.
Really enjoyed it, as did the gathering people, who typically turned up with a couple of songs to go… Check out his ‘Rusted EP’. 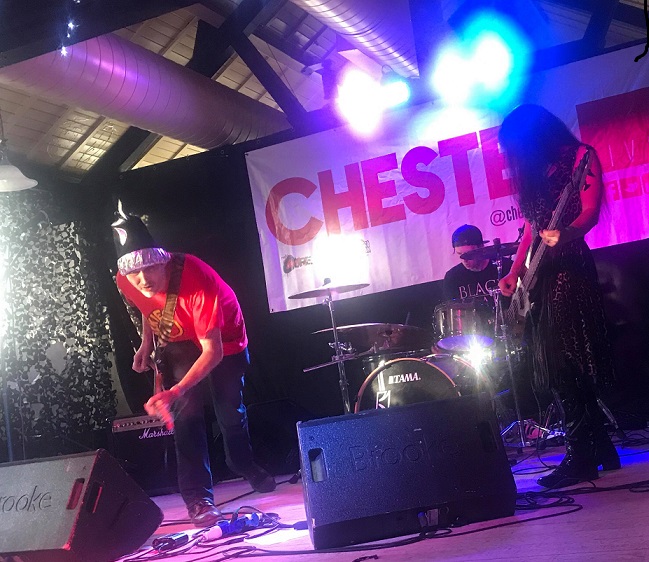 As Spam Javelin, we said to each other after our short set, ‘I think we got away with it; again!’ Referring to the fact that this particular line up has only rehearsed once this year. All good fun though. 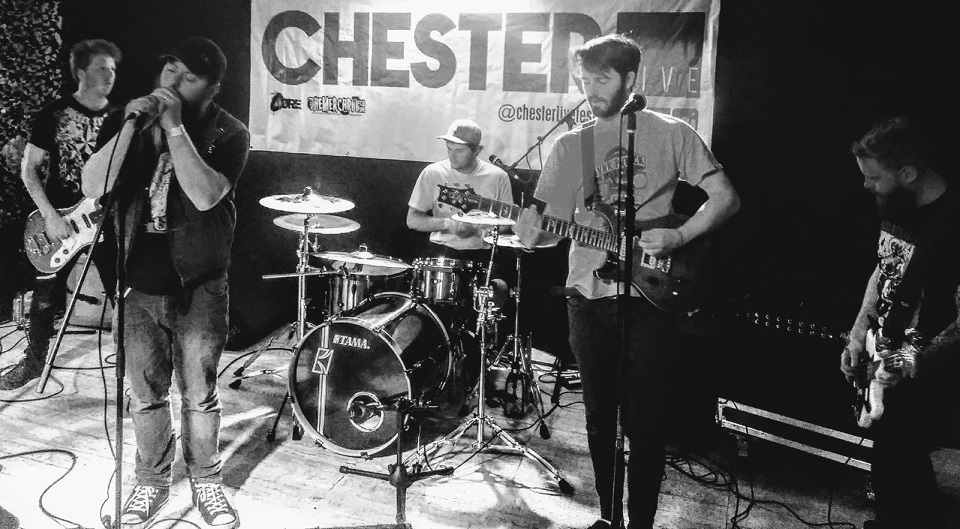 Bogans took to the floor and quite literally owned it… Like I said before, I’ve not only warmed to this band, I really rate them, with [Redacted] up there with the greats as one of my favourite songs.  Technically competent while feigning dumbness is pretty hard to do and Bogans do it well enough to be enjoyable as well as being exceptional in their field of joyous noise.