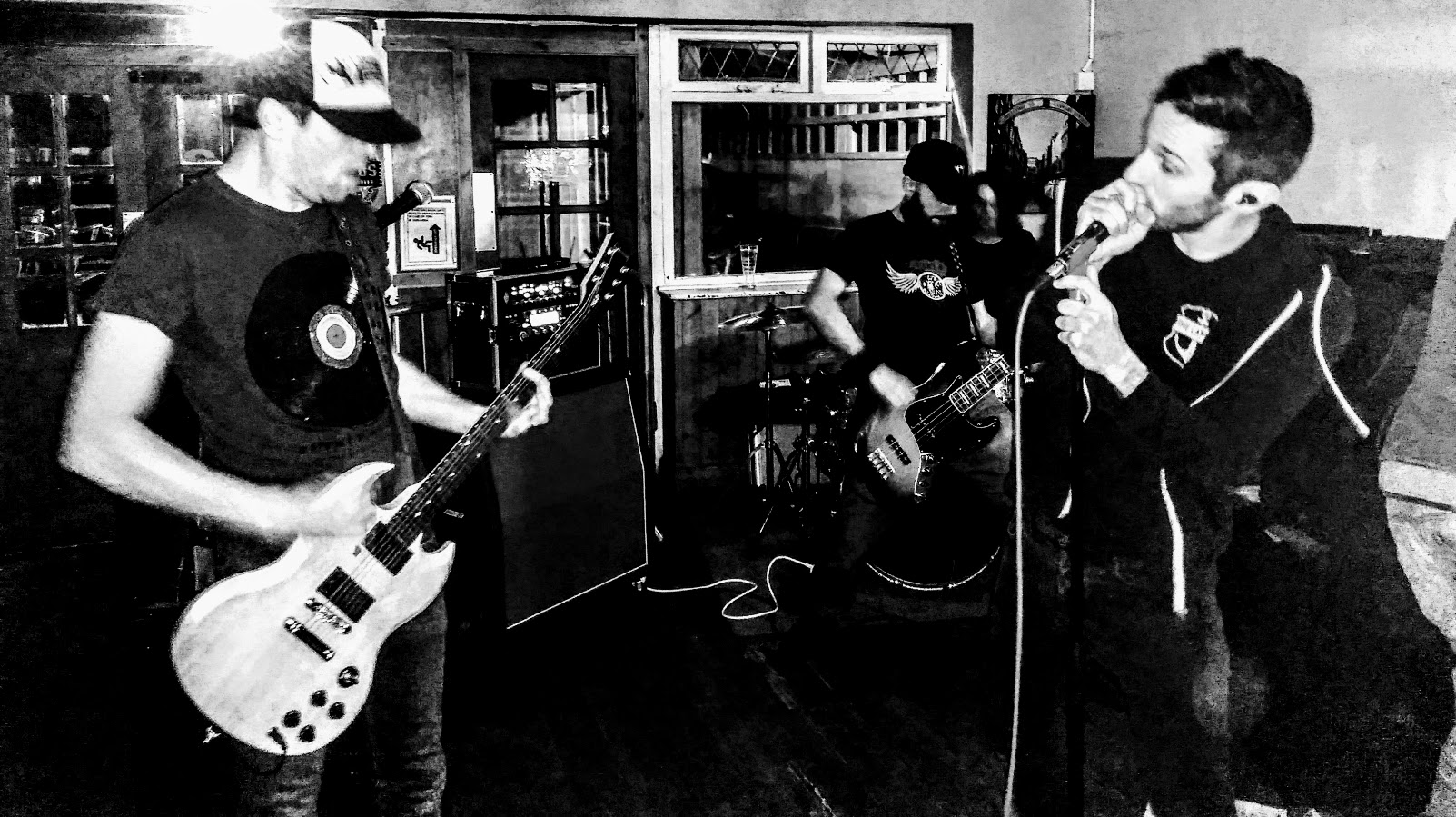 Four gigs in four days, I’d happily do one every day, such has been the quality of this run… Liverpool, Conwy, Liverpool and now Rhyl (which is like the rough parts of Liverpool but with plywood for windows). We are back at The North for a Sunday night gig arranged for touring French band Amsterdam Red Light District who gave the few of us watching a lesson in Performance. 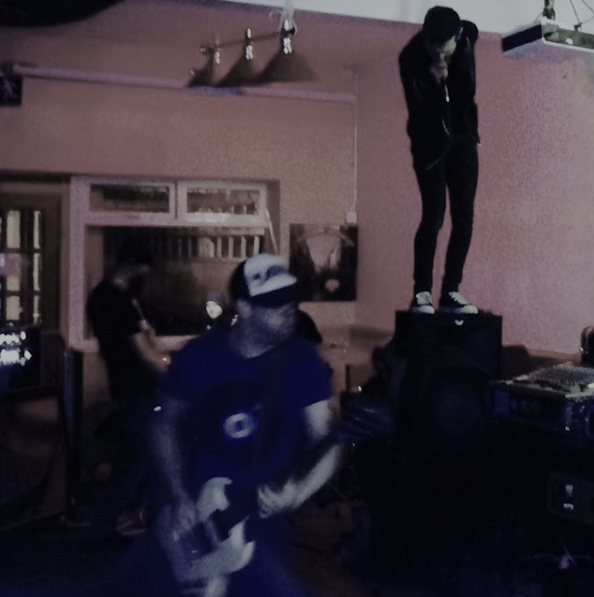 They went on after 11pm and BANG, there was no messing around, ARLD didn’t hit the ground running, the ground ran away! A guitarist who did flying kicks and a vocalist who must’ve been on more performance enhancing drugs than a Russian Olympic team.
I was almost pre-prepared to do an early dart before they went on, as that genre doesn’t really tickle my nether regions, but live and in the flesh, this band really know how to put on a show… Belting stuff. 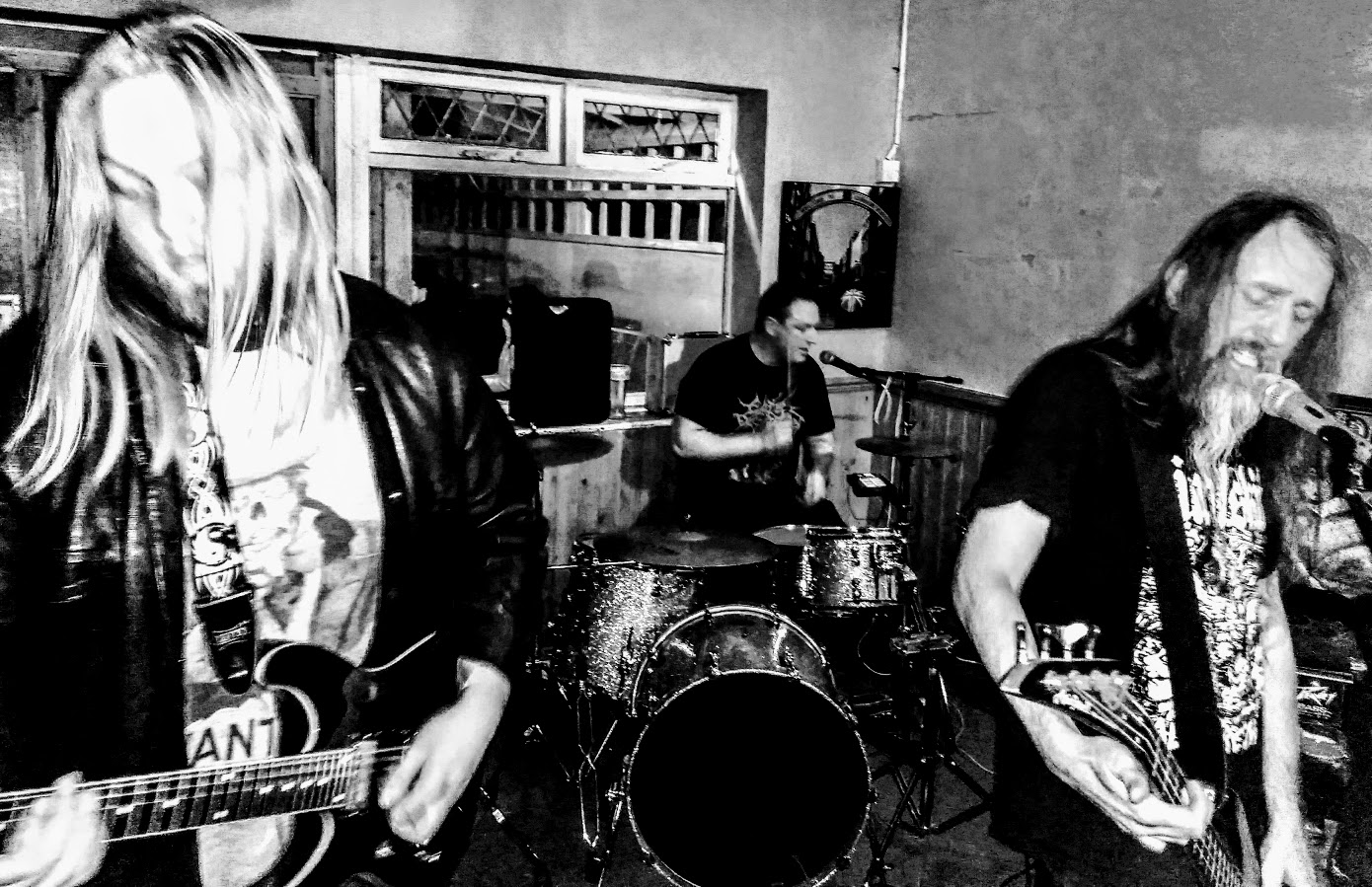 Before them, Conwy’s Emissaries Of Syn unveiled their new guitarist, Luke (their third in as many years – they eat them apparently), who looks as if he’s playing material way way below his capabilities! However, this is how we like our rock’n’roll – shaken and stirred and EOS certainly know how to rattle and roll. He’s also a left handed guitarist, like bassist-singer Mark… (Evil ones!). They hammer through their set like there’s no tomorrow, singing about songs of no tomorrow… And it’s all over in a blur of distortion and breakneck speed drums. 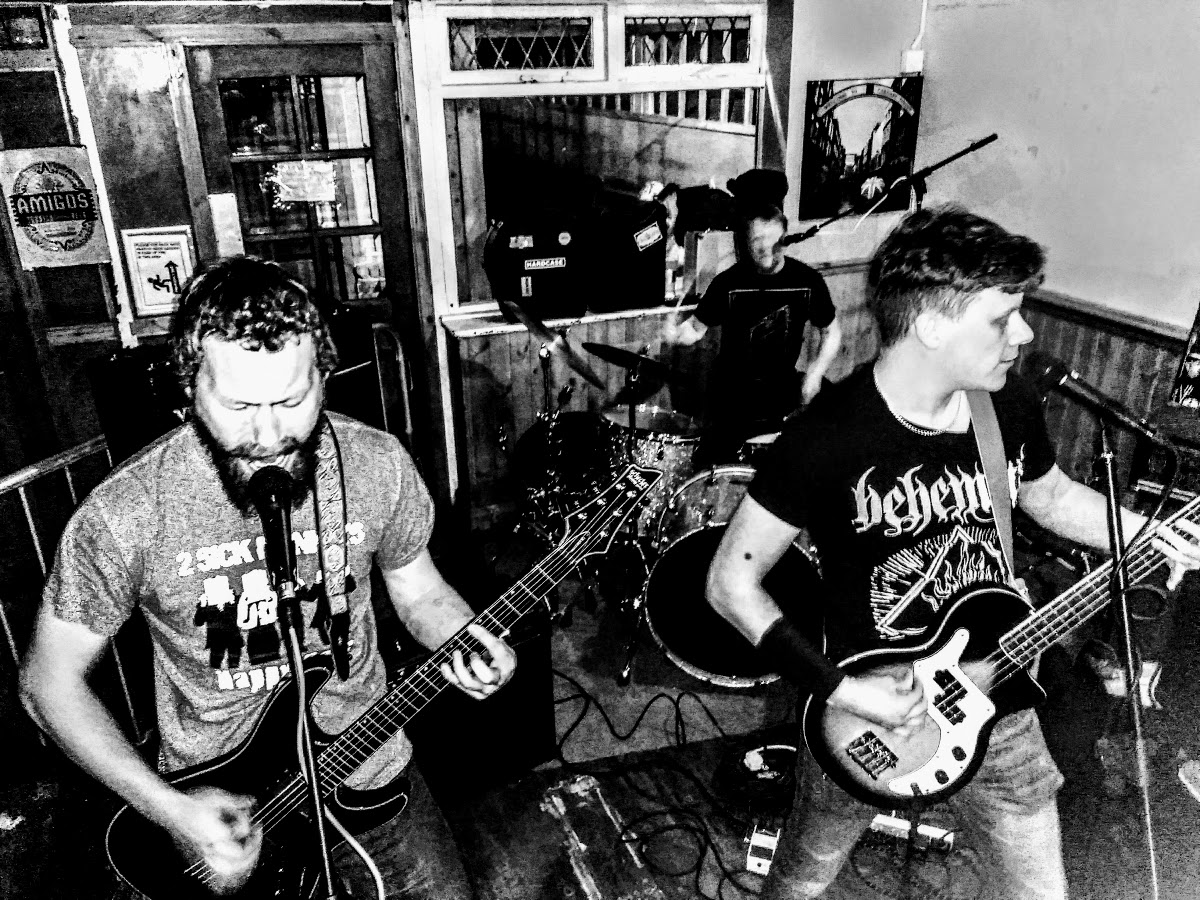 Kicking off tonight in fine fettle were Morvo, also from Conwy. Relatively new as a band and mightily impressive with a hybrid brand of metal-punk – or perhaps Chug Rock. Huge bass sound and sore-throat vocals shared between songs by the three of them. They’ve just finished recording a debut 5-track EP – expect more Morvo soon…