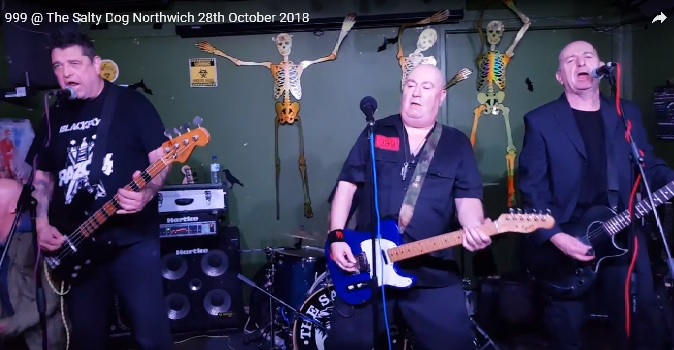 Firstly, The Salty Dog is a fantastic venue. It’s purpose built for bands and run by people who care about bands. It’s not a pub with a space… It’s a venue with real ales, with a stage, with a house PA and a house back-line (terms like that mean a lot to bands!). If I had the guts I’d run a place like this… but I don’t, so instead I’ll try and support it as best I can…

All three bands tonight have stand in drummers! I hate drummers ha ha! The gig is sold out, 999 are a big deal to those in the punk fraternity, and there’ll be others here for nostalgic curiosity having seen them on Top Of The Pops way back when being in the charts meant you were selling records rather than garnering Facebook likes. 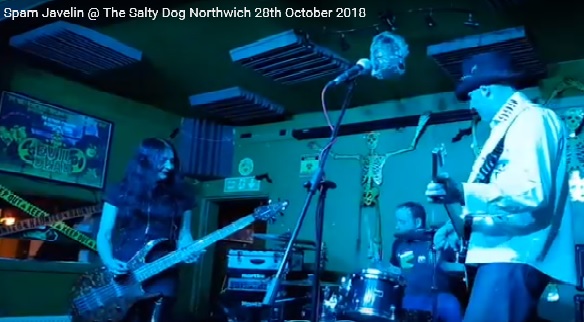 As Spam Javelin we kicked off the show… It was good fun to play here again… With a run of gigs and nothing new to physically offer, we hastily put out a ’12 Golden Greats’ compilation CD to sell on tour… I guess the crowd liked us as we sold 15 copies immediately after our set. 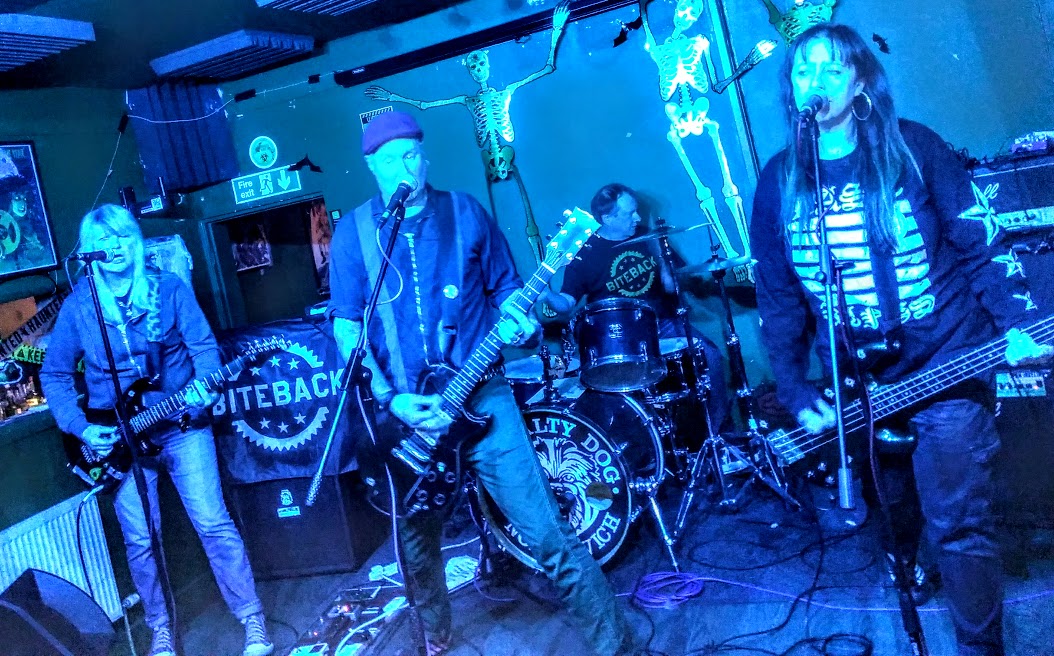 When I was a teenager I used to buy loads of singles via mail order, and Instant Agony were one of a glut of bands who emerged from that second wave of punk in the early eighties. On those singles I bought sang Hocky… And here he is on stage with Bite Back. From Birkenhead, or Brokenhead as they call it, Bite Back are an uptempo UK82 band, with a sackful of catchy anthems. Their live shows always pack a punch as does their excellent album ‘Retrohate.’ 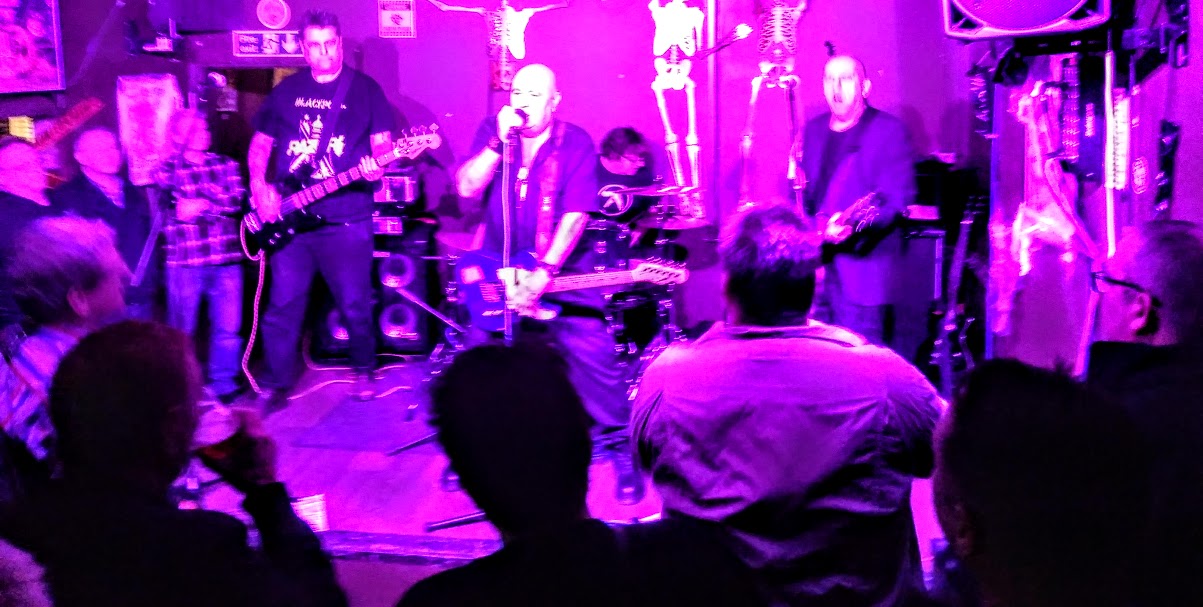 I was a very young punkling when 999 first appeared on Top Of The Pops with their single Homicide. This was a big thing back in the day as the entire nation would watch the programme every Thursday night (remember, there were only 3 TV channels and no internet). So an appearance on Top Of The Pops was a game changer for bands.
999 released several early spiky singles and in their first year actually put out two albums. Tonight we are treated to Lie Lie Lie, Emergency, I’m Alive, Biggest Prize In Sport, Homicide, Feelin’ Alright With Crew among others… It’s sweaty set, Arturo Lurker plays a mean bass and Nick Cash knows how to hold court, ensuring everyone goes home smiling.
My favourite 999 songs are Found Out Too Late, Indian Reservation, Obsessed, Wild Sun and Taboo, none of which were played tonight, yet I still thoroughly enjoyed the show, such is the strength of their material… They’ll go a long way 🙂