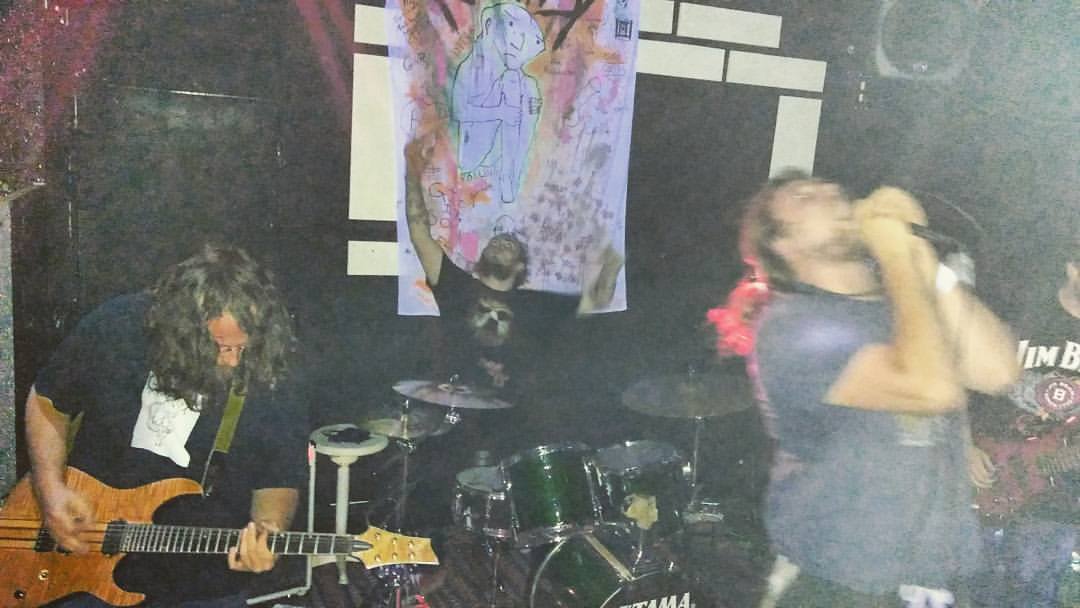 The Loft in Bangor is that great room above Rascals in the Upper part of the city. This week is Freshers Week – a time when landlords (of both flats and public houses) start rubbing their hands as a huge influx of new students hit the city in a big way, hellbent on blowing their grants in the first week.
Twenty years ago, promoters and bands used to think the same, but students no longer go to see live music anymore (unless they’re in a trendy city). The fact that neither Bangor or Aberystwyth Universities haven’t paid host to ‘name’ live bands for many years is hard evidence of this sad demise. 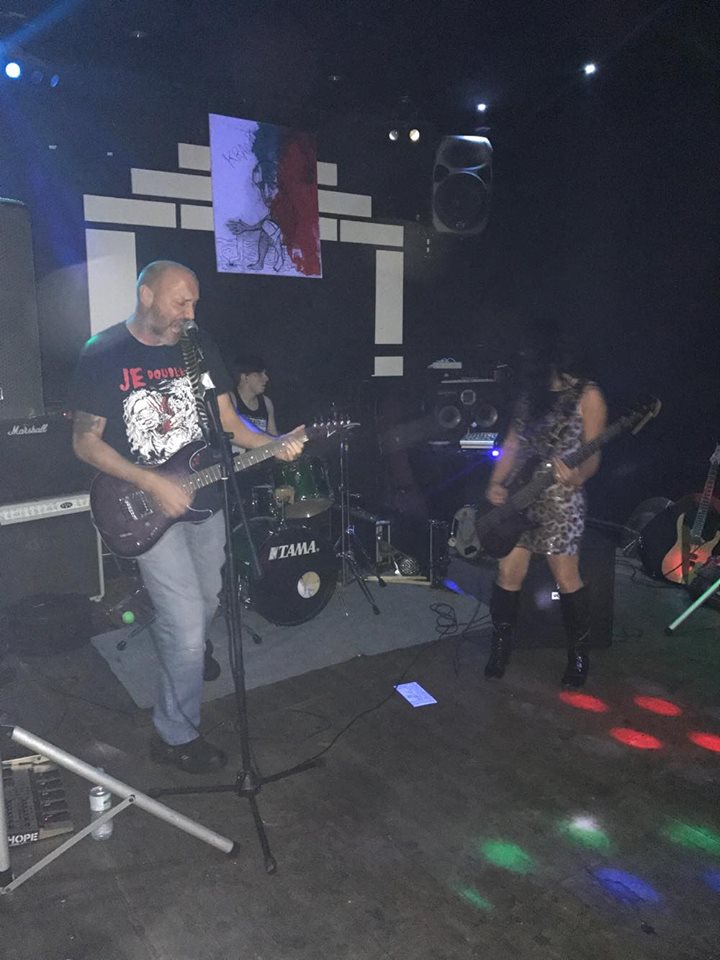 So tonight it was good to see a healthy turnout in Bangor and a good representation from the student nation bucking the trend for once!
Maybe they were high as kites as they seemed to really appreciate Spam Javelin despite us playing like a bunch of cunts! Big thanks to Krank for lending me their guitar when I broke a string mid-set. 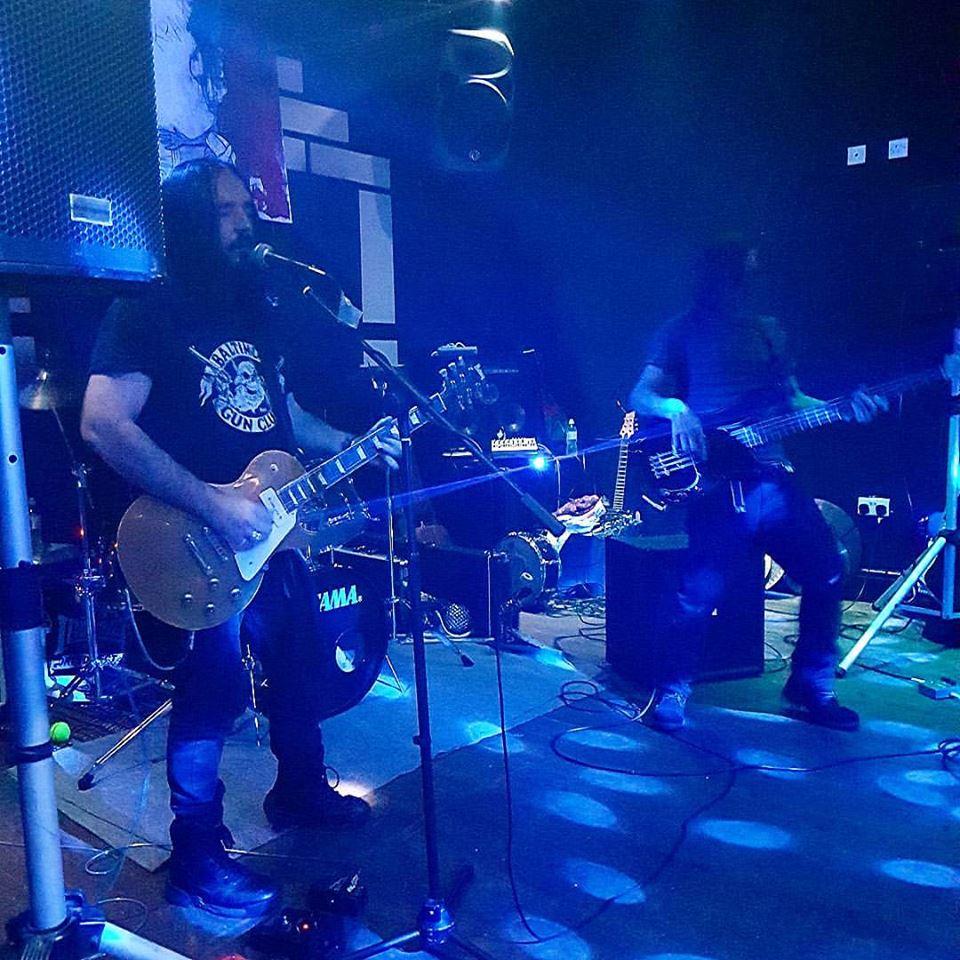 We had a beer with Baltimore Gun Club beforehand, after promoter Mike introduced us – they’re an Australian band over here on an unofficial tour… I did a bit of homework beforehand, downloading their 2015 Innerspace album; much to the delight of my war-torn hardcore battered ears. Nice guys and good company. They bought their instruments over here, including a £50 drumkit from Cash Converters and rely on the generosity of bands for use of amps.
Our compere (from Garndolbenmaen), introduced them as the illegitimate love child of Audioslave and Led Zeppelin, and yeah, I’d go with that… Or Clutch, meets Black Sabbath.. It’s Groaner music (Grunge-Rock-Stoner), it’s heavy but definitely not metal and has this cool vibe running right through it… It’s on constant play in my car and at home – here, wear it out yourself, download for free on Bandcamp. 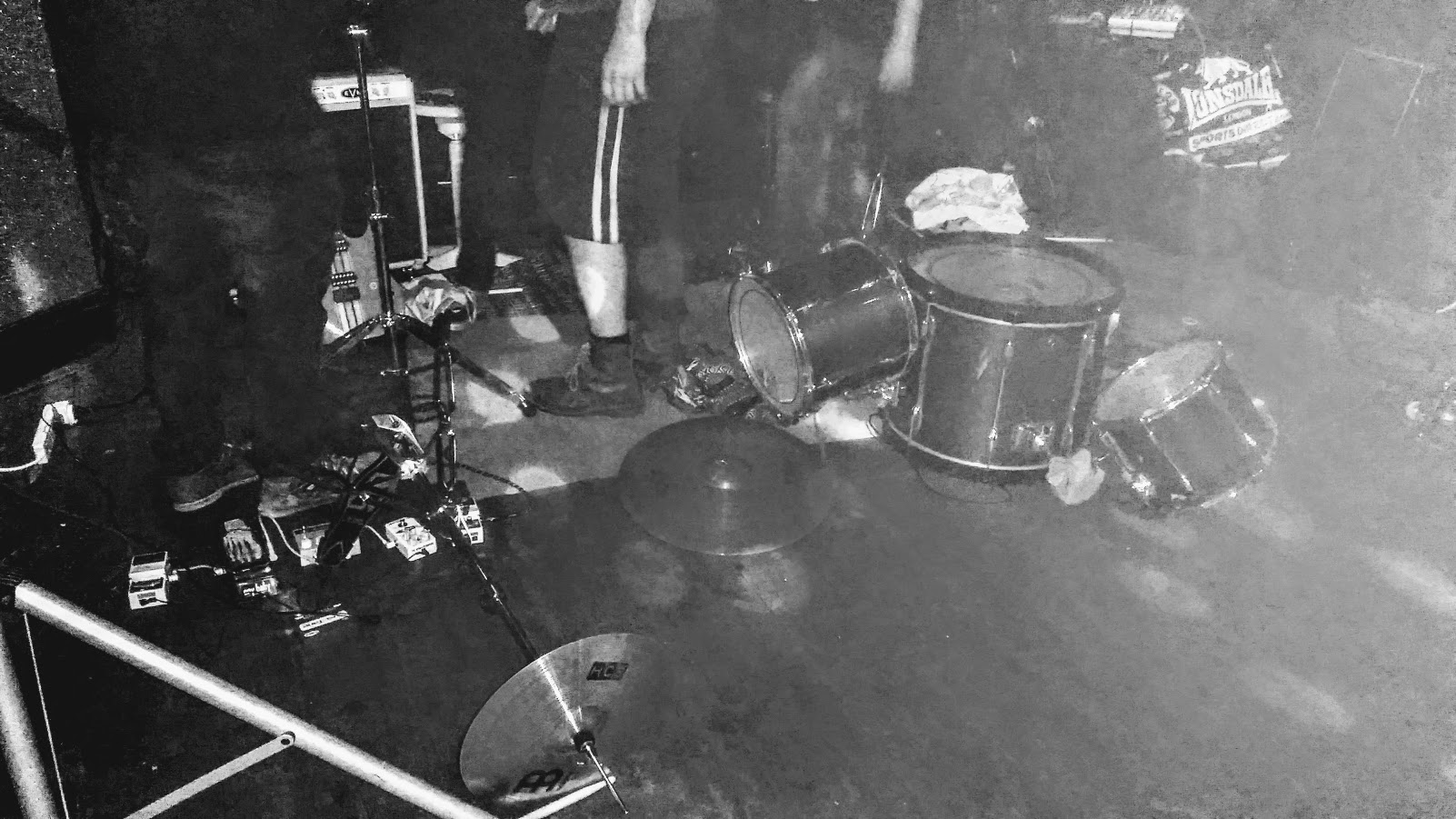 Krank (main pic) have yet to put song to tape; probably because they’re too busy touring Bangor… They play in Bangor almost every fucking night! I kid you not..! This makes them tight and full of confidence. They are also slightly demented – they’ll twist your melon and their own as they freak out the natives with a brand of fucked up rock that you’ll both love and hate.
It’s visual insomuch that they’re all over the shop, leaping around as if your life depends on it and I do hope they get something recorded soon or we’ll all die. Very entertaining, and they smashed the kit up at the end…