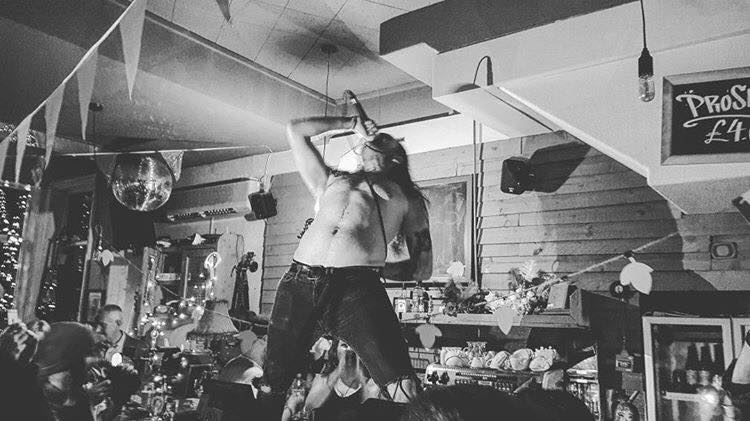 What an exciting venture… Pie Records sits in the heart of the blue-rinse Tory heartland of Rhos-On-Sea. For how long the fascist Daily Mail readers will tolerate young people enjoying themselves watching beat combos on their patch remains to be seen. But while the sun shines, let’s make hay. 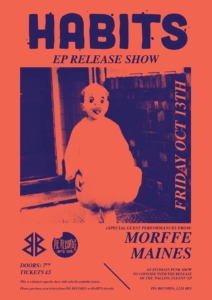 Tonight is the EP launch of ‘Falling Fluent’ – the long awaited follow up to Habits’ debut 2016 demo. After that summer release the Colwyn Bay punk band have gone on a relentless gigging schedule both home and away, building up a large following.

Pie Records is the brain child of Arron Cooper – it’s a cafe / bar / pancake house! There’s bunting and twacky decor; a skull is spinning on a record deck as psychedelic-shoe-gaze-space-rock swirls over our heads. The Wild Horse Brewery is on tap and there’s a box of marker pens available, encouraging you to graffiti the toilets. There’s a couch facing a TV where you can play the xBox, books on shelves and a band are setting up in the corner. 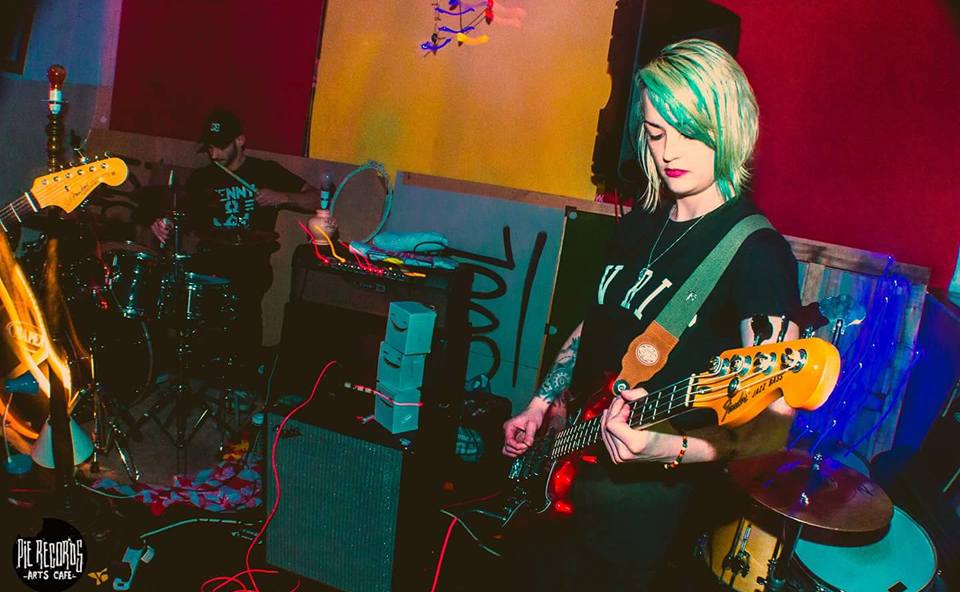 That band are Maines from Conwy. A band so good I released their debut EP ‘Frequencies‘ last year. I’m not sure they realise how good they actually are. Their attention to detail is second to none as they weave in and out, chop and change time signatures and their mainly instrumental set leaves all those present in no doubt they’ve seen a really good band. Malkovich is such a superb tune. 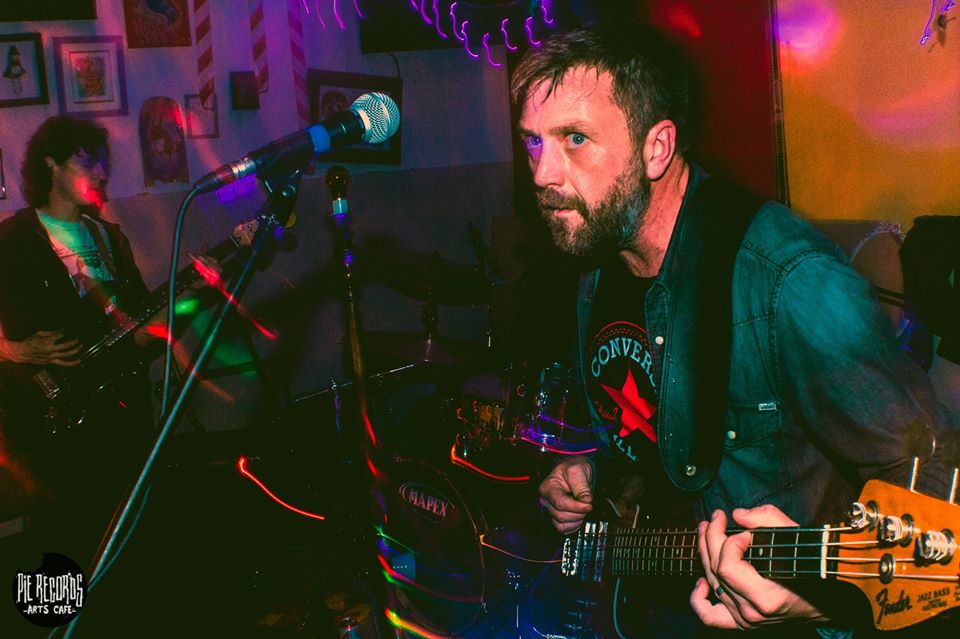 Equally as good are Morffe, who defy genres and do it their way… Release wise, all they can offer are 3 or 4 ropy recordings of exceptional songs, So it is important to catch them make a rare live appearance just to capture the sheer brilliance of their songs. They were almost apologetic about playing a ‘slow one’, but Salad Days is an incredible piece of music. Incredible drumming backs incredible musicians playing incredible songs. 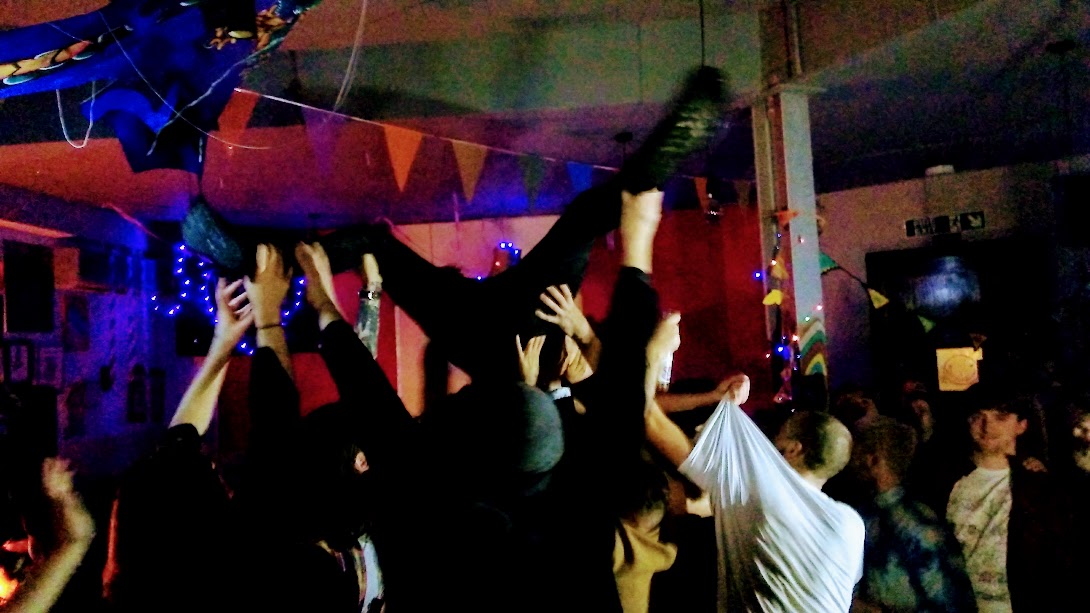 I have probably seen Habits too many times for my own good, I know the drill… Singer Sam is going to take his top off and climb any available platform in the venue… And long may it continue, but this is far from being The Sam Davies Show, Habitsisaband and they are a tight unit, playing thinking man’s punk rock. Like Morffe, they are backed by an excellent drummer and great guitarists-bassist.

Pie Records is packed; just standing and watching the melee brings beads of sweat to the brows of the onlookers. Falling Fluent is such a good EP, I’m almost tempted to claim it’s even better than their live shows. Brilliantly recorded and brilliantly executed, the 6 minute long Kitchen Floor Conversations at gigs usually signals my piss-break, but on the EP it left me with my jaw on the floor… What a powerful song!
The show ends in crowd surfing, sweat, beer and broken glass and ear to ear grins all round.