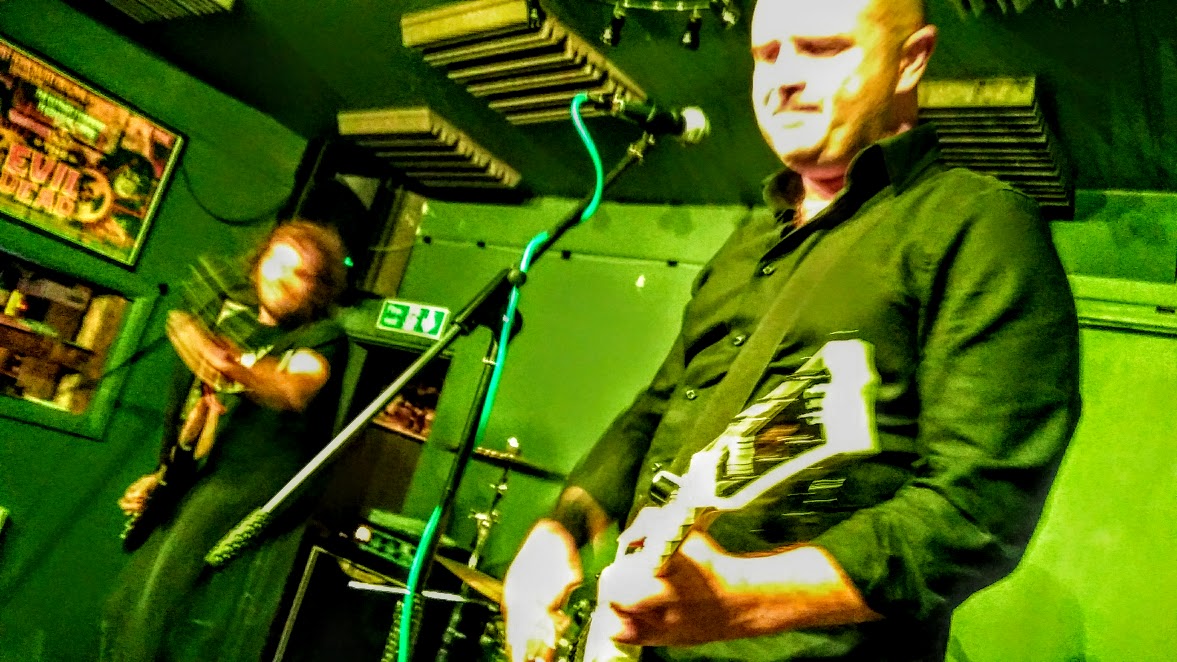 Do you know what I like about Flat Back Four? Absolutely everything… So when I get a call from vocalist / guitarist Ste Lingard asking if my band (Spam Javelin) will support them in a hastily arranged gig, I simply said ‘Yes’ and worried about the logistics later.
The reason for hastily is that FB4 had scheduled a short weekend of gigs in Holland, but they fell through. The irony here is that I would be leaving this gig and heading to Holland myself in the early hours.

The Salty Dog is great venue set on the High Street in quaint Northwich, the affluence is a far cry from the effluence of the places we’re used to playing! It’s a purpose built venue, with a great stage in a snug live room and a house PA and drumkit… A travelling band’s dream. Oh, one regret though… Being nominated driver I barely got to sample the exotic array of Real Ales The Salty Dog had to offer. It is quite literally The Pub Of My Dreams.
Being open for six months, you can see the wealth of punk rock talent that have tread these boards already and I see the bloaty Peter & The Test Tube Babies are heading this way in March – ace. 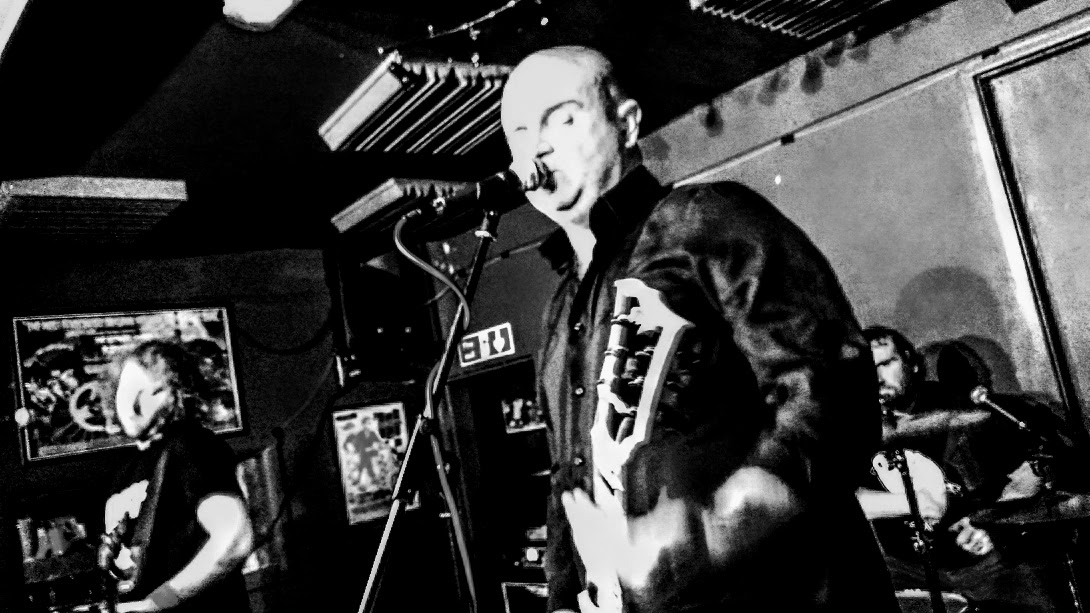 Down to business… Flat Back Four are seasoned punk rockers on the circuit, having being plying their trade since 2004… My anorak records indicate I first saw them in 2015 – but I know that’s not true… [Note to self to dig out diaries].

I’m sat stage side in awe of this three-piece. Ste, Ste and Wil are exceptional musicians and I’m so taken in by the playing that I at times forgot all about the songs as I watched their technique. Astounding and mesmerizing…  Particularly Wil’s bass playing, which simply should not be allowed..!

The songs are singalongy, footbally, punky (in a nice punky way) and you know that Lingard has a metal element within him just itching to get out. Their last album, ‘Ste’s Mum Calling’ gets an early inclusion in their punchy set, with Tonight, Not Of This World, The Kinky World Of Gavin Hibbert’s Dad being representative of this fine release. Chuck in old favourites like If I Die Tonight, Splendid Isolation and an Anthrax cover (Indians) and you have the ingredients of a perfect evening.

New album due in the spring – in meantime listen here