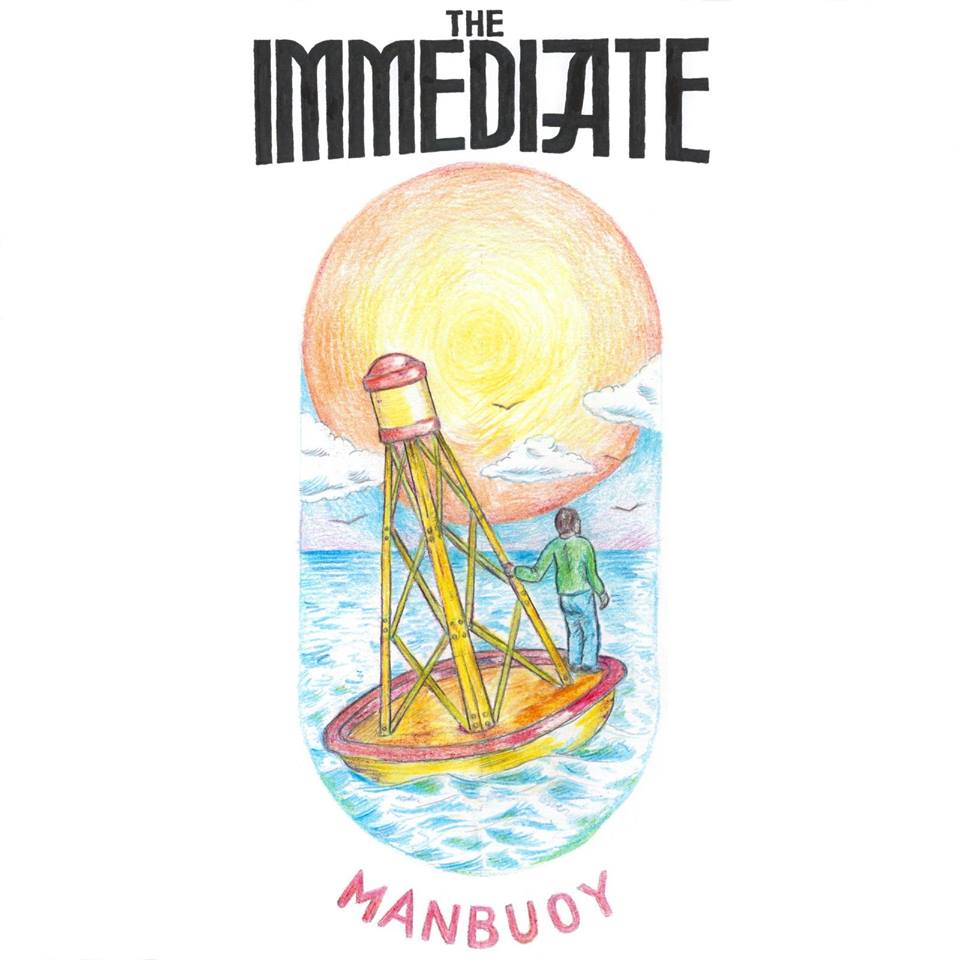 Not many North Wales bands release an album, like, a ‘proper’ LP – so it’s always an event when it does happen. Like The Immediate – it only took them twenty years to follow-up their debut ‘The Boy Who Tried To Change The World’. Was it worth the wait..?
Yes of course it was… For one thing about bands who reform after such a long time apart is, they learn how to play! Or, at least they get better at playing. The zest of youth and those angry songs may have have faded with age but there’s still enough angst in modern ‘grown-up’ life to sing about.

From Mold and, (it has to be stated for the record) featuring BBC Radio Wales DJ Adam Walton, The Immediate make no secret of being influenced by The Jam and Teenage Fanclub and that is the first thing that hits you on the opening track Not Shabby – that Jam sound. Great bass and drums from Richard Harrison and Duncan Farmer, albeit a bit too low in the mix for my thumping tastes, ‘Manbouy’ weaves through experiences of life, death, divorce, love, breakdown and work.

I am not a guitar connoisseur (I’m in Spam Javelin for Christ’s sake!) but I know a great sounding one when I hear it, and this one wasn’t bought from Argos in Rhyl. It’s dirty but clean, gritty yet cutting. It’s sixties sounding but bang up to date… Just like the album, modern mod, up to date retro.

For me, this collection of thirteen songs has it’s highlights bang in the middle – no mid-album crisis here… With three songs from their comeback EP What’s The Matter Kevin Jones,  the absolutely thumping Yoko and the exquisite Shadow And Ghosts. Maybe it’s a familiarity thing of knowing those songs already and the rest will climb up there in time.
Unlike Adam, who has been known to blow a lot of hot air, on air, Manbouy is pretty lean and mean, with little room for filler tracks. Maybe clocking in at 9 minutes 41 seconds Seagull squawks on a little too long, trying hard to be the band’s I Am The Resurrection, but they make amends with the simple yet English Rose-esq Postcards.

Where do The Immediate go from here? Releasing an album is a pretty hard slog; all that promotion, all that hope and promise – then the dawning that it’s a shit business we’re in and lovers of music have too much choice these days… The people who are in bands to make great music and enjoy themselves are the ones that carry on…

Manbouy is out on June 16th  – Looking forward to the next album.