Tommy Cooper was born in Caerphilly (not like that… like that) on 19th March 1921 and many people over a certain age will tell you he was one of the funniest stand up comedians of his time (if not ever). Although a member of the magic circle, his unique act was one of a buffoon; a clown performing rubbish tricks interjected with hilarious one-liners.
As a kid, Tommy Cooper was a staple part of growing up, his TV appearances were something you would look forward to, something both adults and children could connect with. 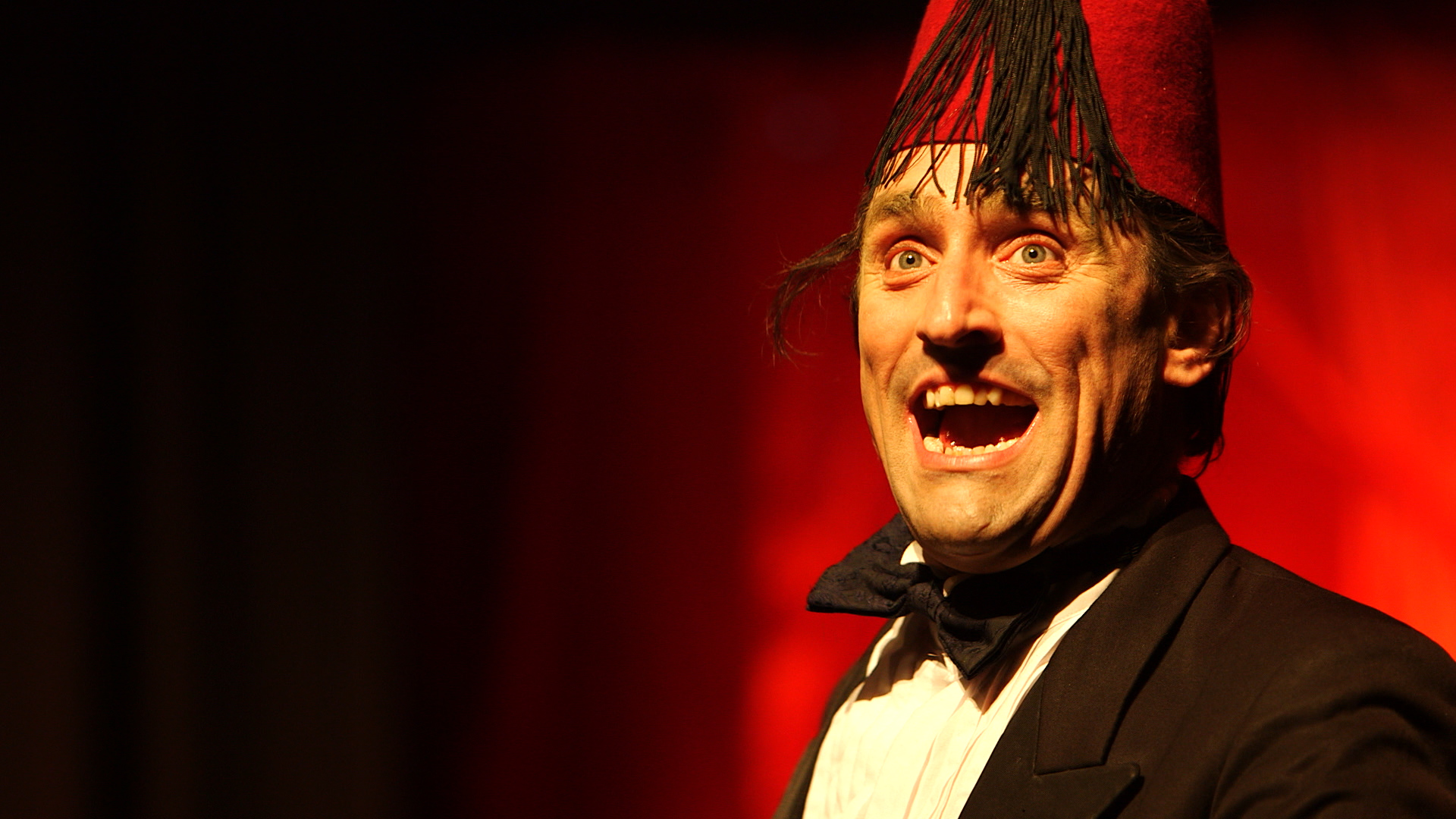 The Tommy Cooper Show has been touring for over three years, such is it’s popularity. So when it virtually landed on our doorstep and also stars local lad Gareth ‘Gaz Top’ Jones, it wasn’t an opportunity to miss.
Rather than just being a stand-up, gag filled routine, the show is a biopic, a portrayal. Extremely well put together and both rib-achingly funny and tearful, it charts Tommy’s life from meeting his soon to be wife, being in the army, getting turned down by the BBC, meeting his agent, the Queen, working with his son to his untimely death in 1984.
Yes, he dies in the end… Tommy died on stage, on live television of a heart attack. Doing what he loved best. I thought the play handled his death tastefully and with compassion. And their attention to detail was spot on, from all the original one-liners to dialogue researched from interviews and shows. 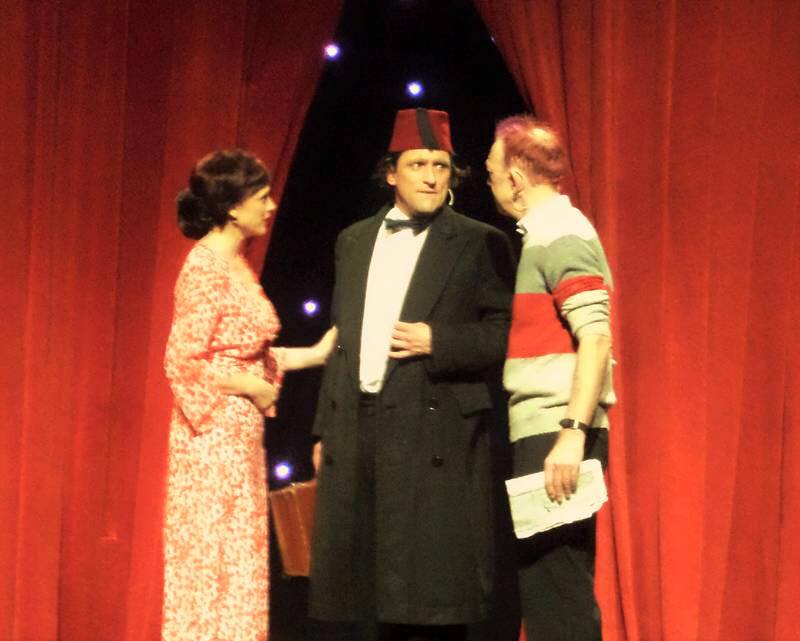 Played by Daniel Taylor, this isn’t panto (oh yes it is…), this is theatre, as he puts in a wholly convincing and endearing performance. Daniel is Tommy Cooper and, like the larger than life character himself, you are immediately drawn to him as he bungles his way through the act.
Ably assisted by Sharon Byatt who plays Tommy’s wife, Gwen Henty and Gareth who joined the cast two years ago playing Tommy’s manager Miff Ferrie (and the Queen! – among others) this is a play you need to see next time it comes round.

(the cast, the crew (Peter Mitchelson) and err… myself) 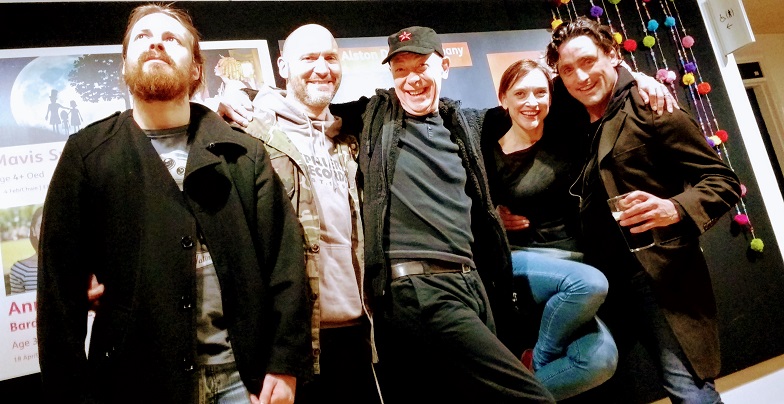