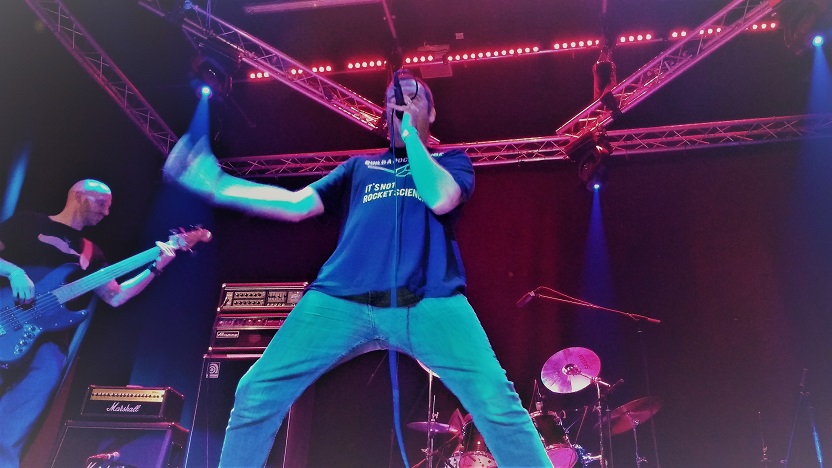 This is the second benefit gig for Music For Hospitals, the first being the same time, same place last year. And once again, a resounding success – a celebration of those within the music scene along this patch of land who are no longer with us… Jonny Fflaps, Barry Cyrff, Al Maffia and Bern Elfyn Presli.
There are more (too many)…  Maeyc Hewitt (Ectogram), Edi Filmstar (4Q), Les Morrison, Dave Griffiths (Joie de Vivre), O’Malley (Toilets), Ron Watt (Last Rights), Hugh Hughes (Y Brodyr), Chris Wright (Patchwork) and others who have contributed to our wonderful local music scene. 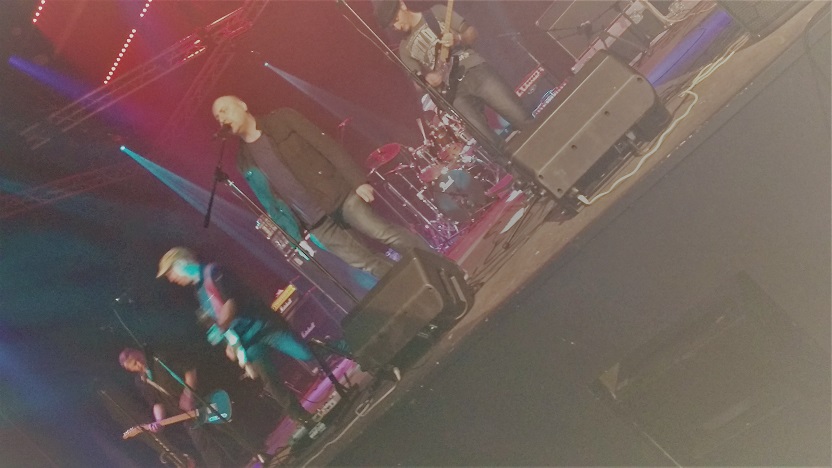 New kids (but old heads) on the block, White Ether opened the flood gates of music for the night. They sport on bass a certain Rhys Mwyn who has been keeping his fretboard oiled over the last twelve months. And what better a band to do that than White Ether. They’re like a good Dr Feelgood blended with early Stranglers and timid front man with a good voice. Dual guitars spit out punk rock riffs and decent licks (minus any wankery), but the real gem is those thumping drums providing the perfect platform, allowing the songs to leap out. 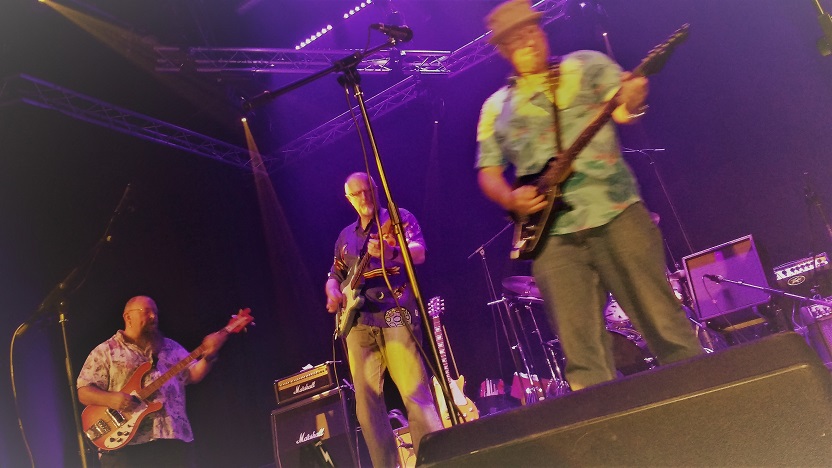 Burnham Burnham, or should I say… The Legendary Burnham Burnham, wearing colourful shirts to match their personalities alight the stage. I say legendary because when they were around in the late eighties in Bangor, you only heard about these bands rather than actually heard their music or saw them live. Yeah, of course, if you lived in the locale and were old enough, then sure, but being a doley teenager and living in Colwyn Bay made it pretty tough to get to Bangor, or even hear about gigs (no Facebook – just posters and a bucket of paste). Also in those pre-A55 days you used to have to open and close farm gates to get there!
The advent of the internet means you can now hear Burnham Burnham’s two cassette album releases from back in the day – 1988’s Spirepoint and Do Clean And Vivid from the following year right here. Fronted by the Hopewell brothers, who bounced off each other and the audience, and ably assisted by the bearded wizard James Phillips, this, with drummer Pete Walton was the original line up. We heard gems like I Know a Diamond Dealer Called Keith and Polythene Bears among other classics. 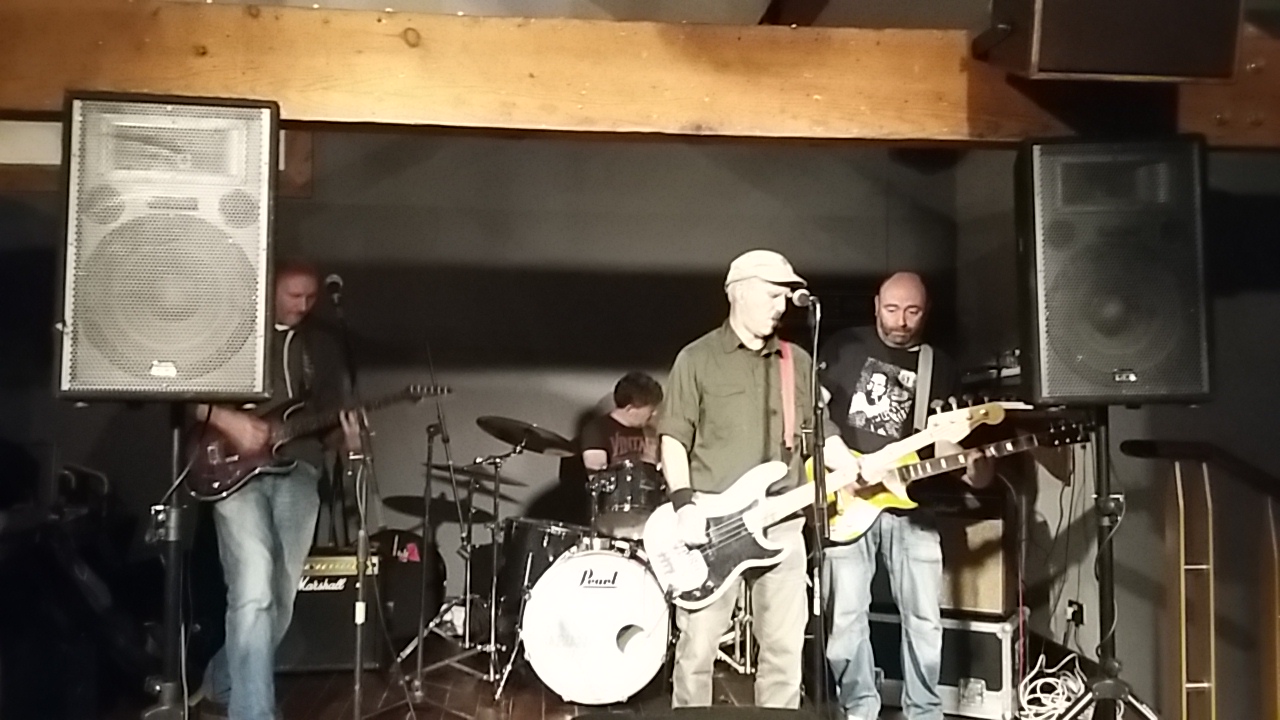 Welsh Rebel Outpost (pic taken in Caernarfon the week before) is basically Rhys Mwyn and Sion Maffia from Anhrefn with Cumi and myself from 4Q. In the bad old days we used to play dodgy gigs together – now we play in the same band. If 4Q were any good we’d probably be playing some old classics, but as there aren’t any, I’m more than content to play Anhrefn songs.
We played Anhrefn’s debut (and arguably best) album, ‘Defaid, Skateboards A Wellies.’ I was a little apprehensive, as stepping into the long retired Sion Sebon’s shoes is no easy thing (he’s a Size 8, I’m a 12) – and the very fact he was there in the audience with his gun sights trained on me added an extra edge to the show.
I think we did OK – the crowd seemed to like us… Or they were being polite… 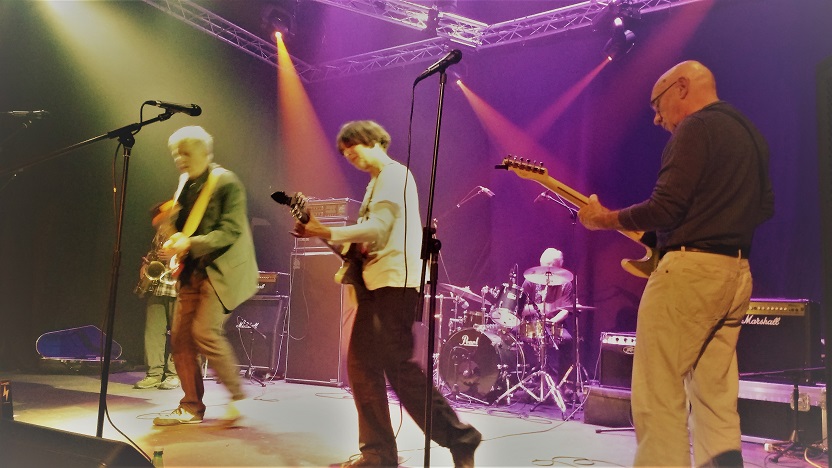 Talking of legendary – Bangor’s Fay Ray hit dizzy new wave heights in the very early 80s, with the backing of then major label WEA Records. Their back catalogue, although sounding very much of that new wave era is well worth tracking down. Check out the great video below as a starting point then try their album ‘Contact You.’
Tonight, Fay Ray owned the stage as they peeled back the years. Sheila’s voice sounding as vibrant as it did 35 years ago. They were buzzing and the crowd were buzzing… Great stuff and even the saxophone didn’t get on my nerves (used to hate them in bands when I was a kid). Top rank songs like Contact You (with it’s Gwesty Cymru style middle bit), Family Affairs and the cool as fuck Heatwave ensured smiles all round. 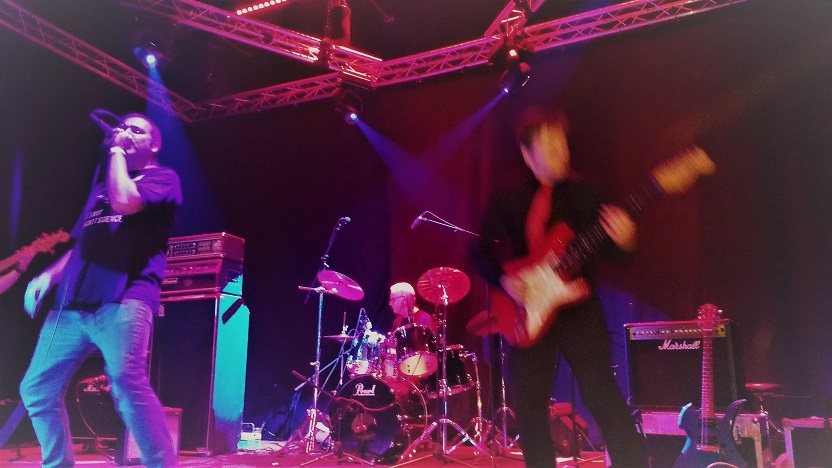 Soon to be legendary Rabo De Toro rounded off a top night of top entertainment… I’ve seen them three times before so knew what to expect, but it was great to see the look on people’s faces when the Gregorian chant of Libera Me began proceedings, they didn’t know what was going on before they kick into the set. The big stage allowed front man(iac) Charlie Garlic the space to express all the theatrics in his excellent repertoire. He got all wrapped up in his own bandages while the band played on, and by God do they know how to play. The new EP has just landed and got a good airing… ‘Rage is right..!’ screams Mr Garlic… ‘Michael Gove! Theresa May! We’ve gotta fucking stop these cunts!’ (or something like that…). Chuck in a version of Dead Kennedys’ Too Drunk To Fuck to round things off and you’ve got a fucking shit shop… Great stuff