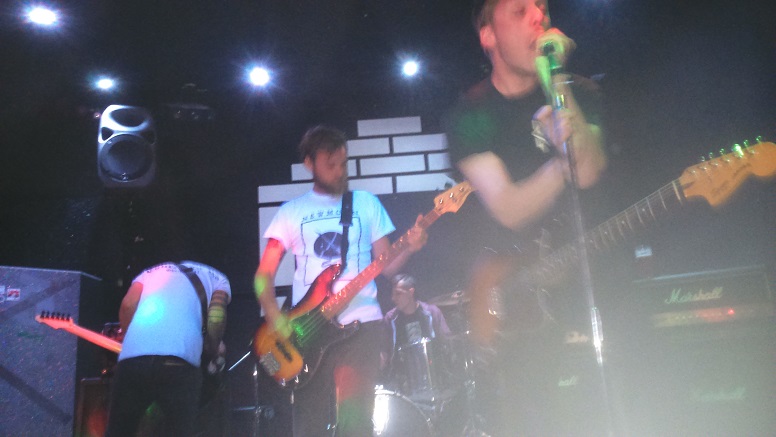 The second of two nights of mayhem ripping across the North Wales coast’s sadly somewhat diminishing live music venue scene. Tonight I find myself in Rascals, Upper Bangor for what promises to be a bit of a treat for this old school punky goth chick.
Noise Annoys is proof that the heart of punk is still beating and seems to be happily enjoying a bit of a revival in spite of this extreme right wing political climate. I’m sure it’s been there all along, just below my radar, but it’s a welcome return for me as it’s a sound I’ve been missing. 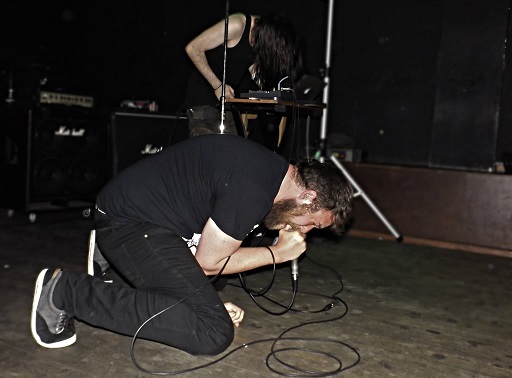 First on the bill is Sleep Beggar. This was my second time seeing these guys having first caught them a couple of weeks ago in Conwy Comrades Club and they absolutely blew me away then. Tonight was no different. It’s hip-hop but not as I know it. This is angry spoken word poetry with heavy sampling, dupstep woobiness and a dark, sinister, grinding beat. Having never been a particular fan of either hip-hop or dubstep these guys managed to convert me from the off. Quality sound, clear vocals and a small venue with an audience who listened to the spoken word bits, gave me the opportunity to really take it in and I wasn’t disappointed. Jamie Burne delivers lightning anarchic pain, with every track backed up by sampling goodness from Nick Shaw. Don’t stop doing what the fuck ever it is you call it, guys, I fucking love it. 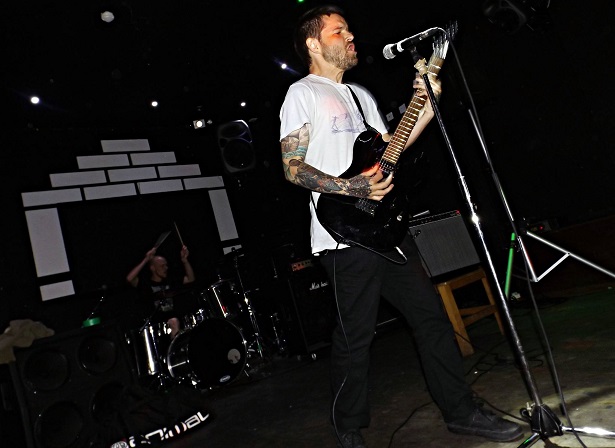 Next up is the new to me Depraved State. One man down from a three man minimalistic set up but still managing to be the loudest band all night. Ear-splitting from the get go, I felt like I was being sandblasted by sound.
And I fucking loved it.
Described on the flyer as powerviolence, grind, punk noise I have to say there was room to argue for some understatement. They blasted through songs so fast there nearly wasn’t time to breathe. Their vocalist and guitarist, Ifan is a whirling dervish of frenetic energy who blasted me into submission and needing a sit down after their set. 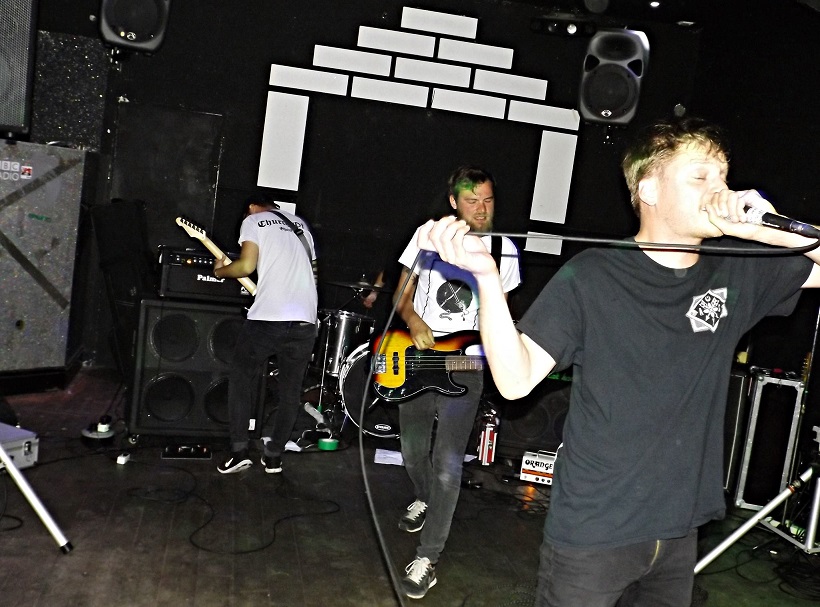 A fresh set up and the second new to me band of the night were Death of Youth. Hailing from Germany, this is hardcore punk with a doomy bass undertone. From the opening chords it had my attention. These guys were my discovery of the night, ripping through song after song that picked me up, drew me in and without mercy spat me back out the other end.
My only real complaint is that their country of origin sadly means I likely won’t get to see them again. A great shame as they were absolutely awesome.
I hope you’ll return to our shores again, guys, I’d be very disappointed not to see you again. 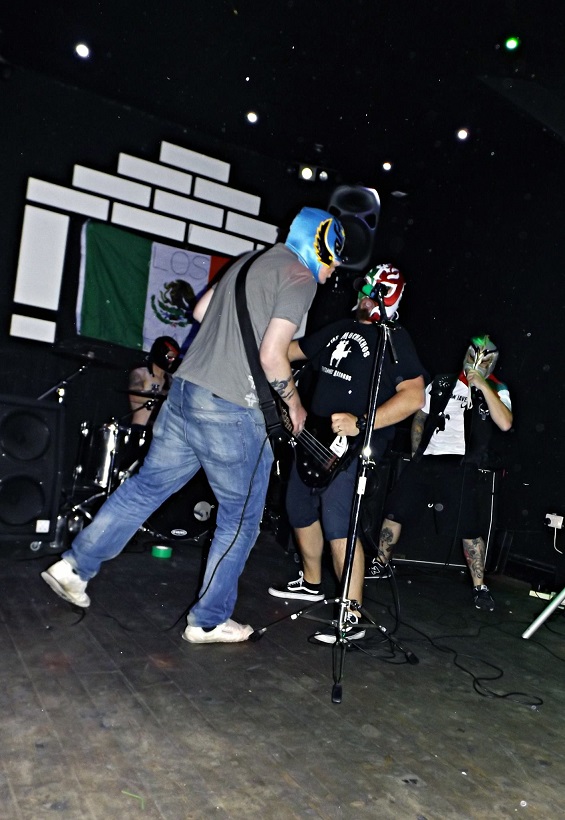 Quite possibly the most fun you can get from Mexican wrestling masks.
Last night was the second time I’ve caught Los Muchachos after seeing them previously at Conwy Comrades Club a few months ago. Previously likened to a slightly slower Napalm Death, their short, thumping tunes pack a powerful punch. The obvious enjoyment these guys feel from their performance is infectious and they work the crowd with ease and style. Loved them last time and I was first in line with some death metal vocals on their audience participation piece.
Some technical difficulties delayed the start a little but it was worth the wait. This is sludge the way I like it, delivered with a humour I fully appreciate. I will definitely be looking out for these guys again. 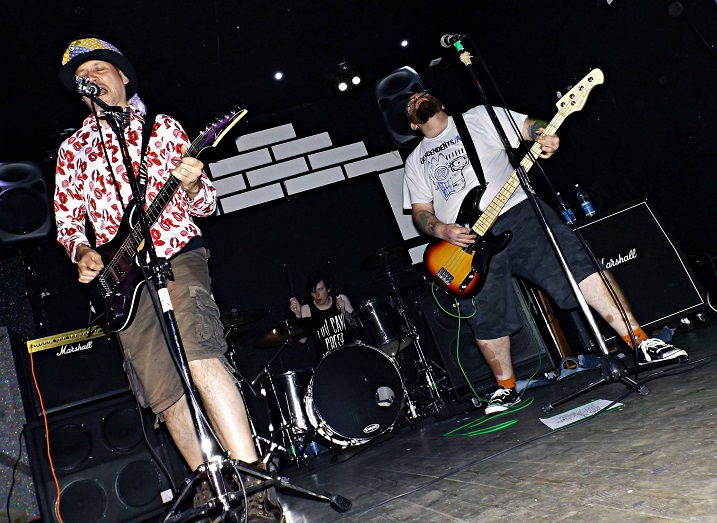 Last on the bill and another first for me was Spam Javelin. I’ve been chomping at the bit to get an opportunity to catch up with these guys for a while – I had a feeling I wouldn’t be disappointed and my feeling was spot on.
Spam Javelin deliver exactly what I was expecting; good, old school punk and I fucking loved it. Headed up by long time local noise maker Neil Crud (who I last saw playing in his first band 4Q way back in the 80s and subsequently through the walls of my boyfriend’s flat a little while later) this is as punk as safety pins and mohicans.
Quick-fire songs, rhythmic and shouty this is punk as I’ve always loved it. They set off with humour and brevity but didn’t give me time to get settled with that before they yanked me back down a tone or two to something darker, angrier and much more sinister.
To the band: thank you. You gave me everything my little spiky heart desired last night and you did it flawlessly. I will be awaiting your next appearance with impatience.
The night just wasn’t long enough, the sets over way too soon. Thanks for giving an old punky goth chick a great evening you’ll be seeing me again.