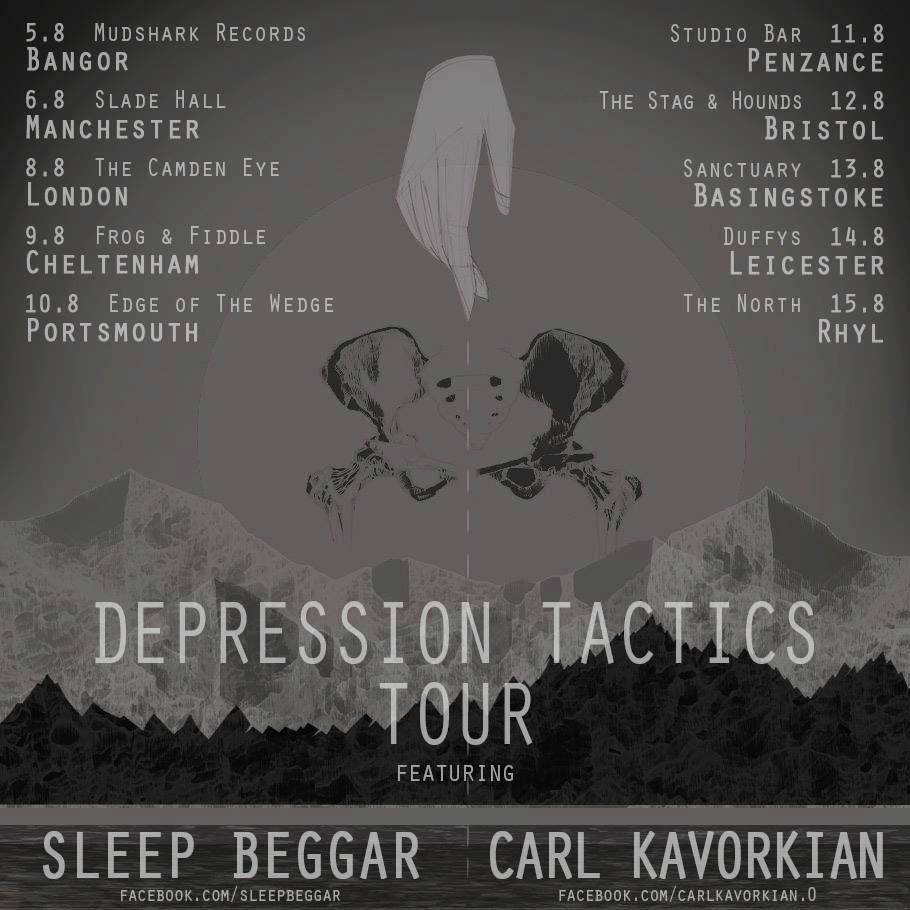 Holyhead’s Sleep Beggar is about to release a new dark hip-hop album ‘Depression Tactics’ on American Scream Records of New Jersey. To celebrate this incredible record, they are heading out on a UK tour to promote it.
Philadelphia’s Carl Kavorkian is also flying over to play the ten or eleven dates, which kick off at Mudshark Records in Bangor at 1.30pm on Friday 5th August with Maines in support.
Sleep Beggar and Carl Karvorkian then head out across the UK before returning to North Wales for the third of the (so far) successful Noise Annoys shows at The North in Rhyl. Both acts are joined by Spam Javelin, Los Muchachos and Maines for that finale.
On the latest Batspodcast, Jamie is interviewed about the Noise Annoys Shows and says,
‘You can have grindcore and rappers on the same bill… It’s not about genres, it’s about your headspace.’