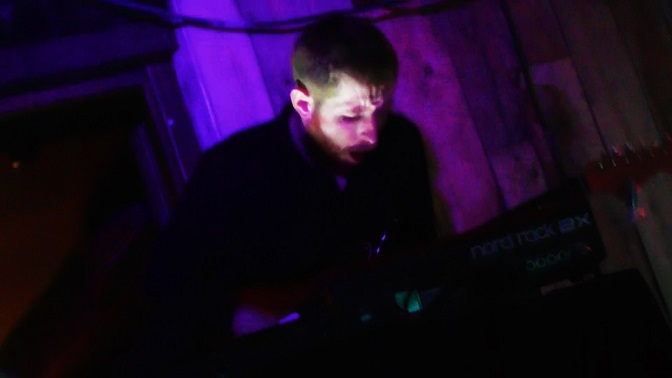 It’s not often a Wrexham band manage to drag half of Wrexham out to Chester, but this is no ordinary band.
Hail the return of Gallops, go on… hail them! Get on your knees.

As is traditional with many aspiring bands, Gallops released a fine album then split. ‘Yours Sincerely Dr Hardcore’ emerged in December 2012, received plaudits and airplay aplenty, but they eventually disintegrated.

Skip forward to today and there’s a new drummer (Liam) and a huge anticipation here at Telfords Warehouse for this, their first ‘comeback’ gig. That was patently obvious by the size of the crowd. ‘Packed to the rafters’ as Popty-Ping Records said. It certainly was, as the numbers of those present spilled both them and their beer onto the stage. 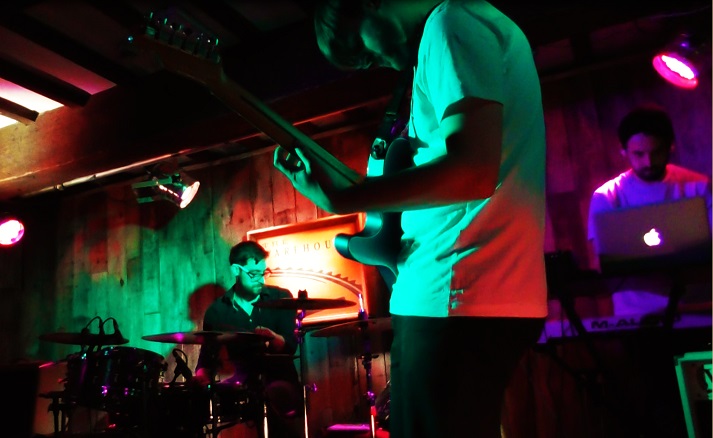 Gallops call themselves Experimental-Electronica but that doesn’t quite paint the whole picture… The easy way (the shit way) would be to program the whole thing onto a laptop and go out as a one or two-piece… That’s how a lot of acts short-change their audience. No, Gallops are the full setup, drums, guitars, keyboards, a container full of FX pedals and yes, a laptop (complete with operative). They have more guile than a guile convention, more finesse than a connoisseur of finesse things, more bollocks than a neutering vet and more majesty than the Queen of Sheeba. Think of a rolling terrain on a video game, a car chase in space and a skate-park on a radio telescope dish… Gallops are the soundtrack to all that and more; a prog-industrial orchestra.
There was early material, album material and new material on show in a seamless performance by a whipped up band before a whipped up audience – this was full cream rock and roll (now that’s a new genre).