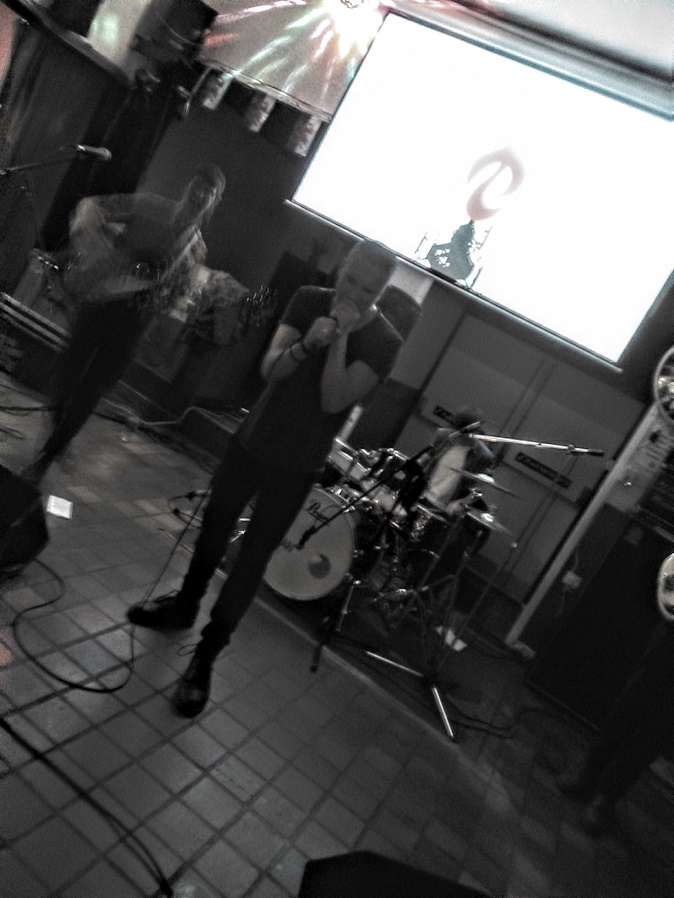 What has “Flint Football Club” and the “San Siro Stadium” got in common?
‘Well, they both host football teams but not much else I guess’, quips Geoff Davies legendary drummer of Emily who drives me past Flint Castle with “Stations Of The Crass” on his car stereo. We make our way to the rather unglamorous surrounds of the Flint football ground car park for the Urdd inspired celebration of Welsh qualification for their first major event football event since 1958. (Before man had landed on the moon) gulp.

We enter a building, which is more Phoenix Nights than rock venue as we get asked to buy a raffle ticket with the prize being an Ian Rush signed book. “Bit disappointed there is no meat raffle” I quip, but it was for a good cause so we part with our cash. 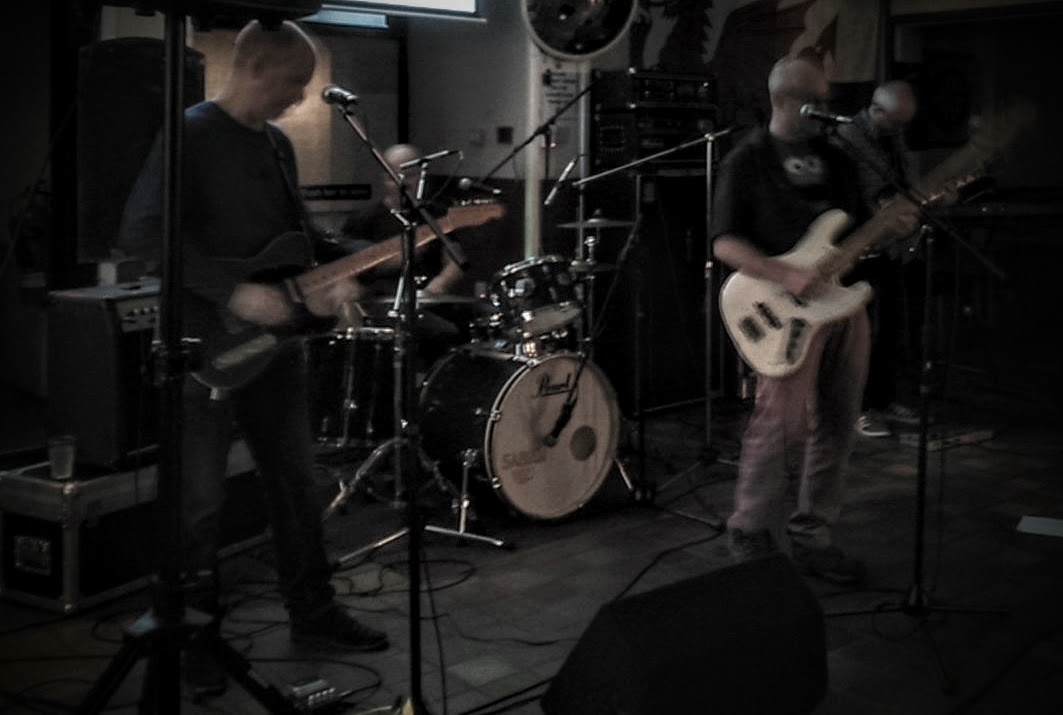 First up is a band called, Madfall Rheibus who Neil Crud tells me were from the local area. That kind of makes sense as there seems a sprinkling of old fans who take to the dance floor and strut their stuff around their handbags as the band play a kind of new wave student vibe with covers of a Trwynau Coch song, and a song about ‘Choco Krispies’ quite good fun. 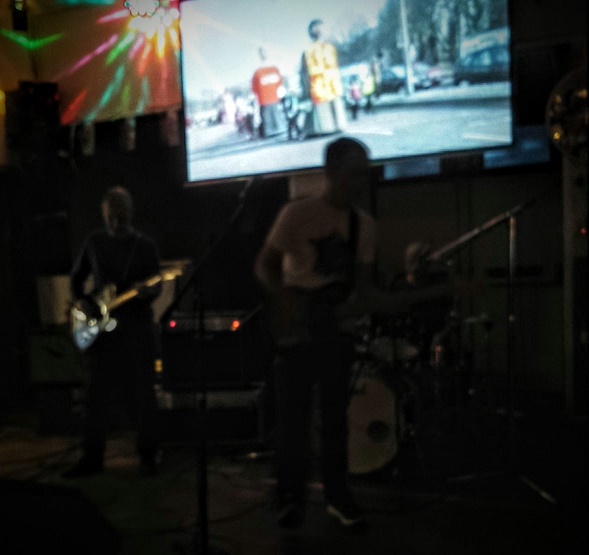 Next on the old school punk list were a band called Ian Rush a Welsh-language indie band from Mold, who attracted some attention by naming themselves after the all-time top goal scorer for Liverpool and the Welsh national team. The band made their recorded début on the 1993 Ankst label compilation “Ap Elvis”, and also had the honour of recording a John Peel session for the BBC. They had an old school indie Wedding Present vibe going on which was enjoyable. 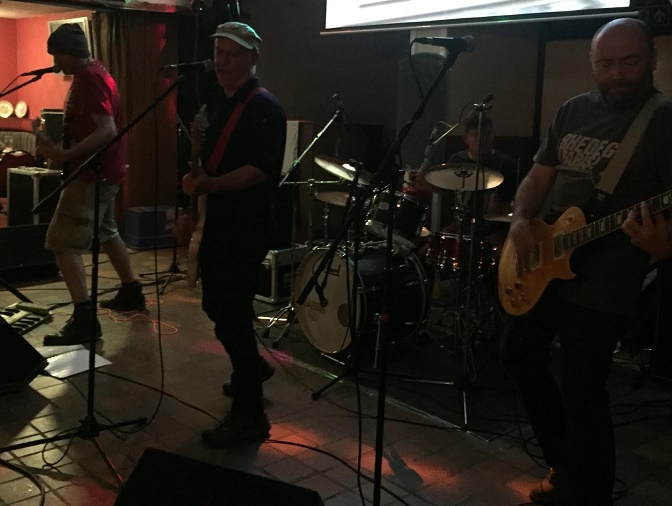 Next up was Welsh Rebel Outpost which are a bastard hybrid of old Anhrefn members and 4Q who, for one night had decided to cover the legendary album by Anhrefn ‘Defaid, Skateboards a Wellies’.
Neil Crud told me that he found that filling the shoes of original member Sion Sebon intimidating, as he not only had to copy chords from a left handed upside down guitarist but learn words from his second language of Welsh as well.
He need not of worried as he danced around the stage a la Nicky Wire. Next to him is the legendary Fagin-type figure of Rhys Mwyn wearing a Castro hat (the Malcolm McLaren of Welsh punk) who took on bland soulless Welsh pop of the late seventies. This revolution changed the coalface of Welsh music forever with ground breaking DIY indie compilations the promotion of incredible concerts such as bringing the infamous anarchist band Crass  to a village hall in Wales, and spawning bands who would become the likes of Super Furry Animals and Catatonia.
They came on to the epic sounding Clash song Straight To Hell and built up the set ending with the audience pleasing Rhedeg i Paris; written about Joe Strummer’s disappearance to Paris after poor Clash ticket sales which, I am sure Rhys would approve of. A set full of fantastic old school punk preceded, that was tuneful and sounded like a post Pistols Steve Jones’ Professionals, which was a mixture of old rock and rollers and punks as well. 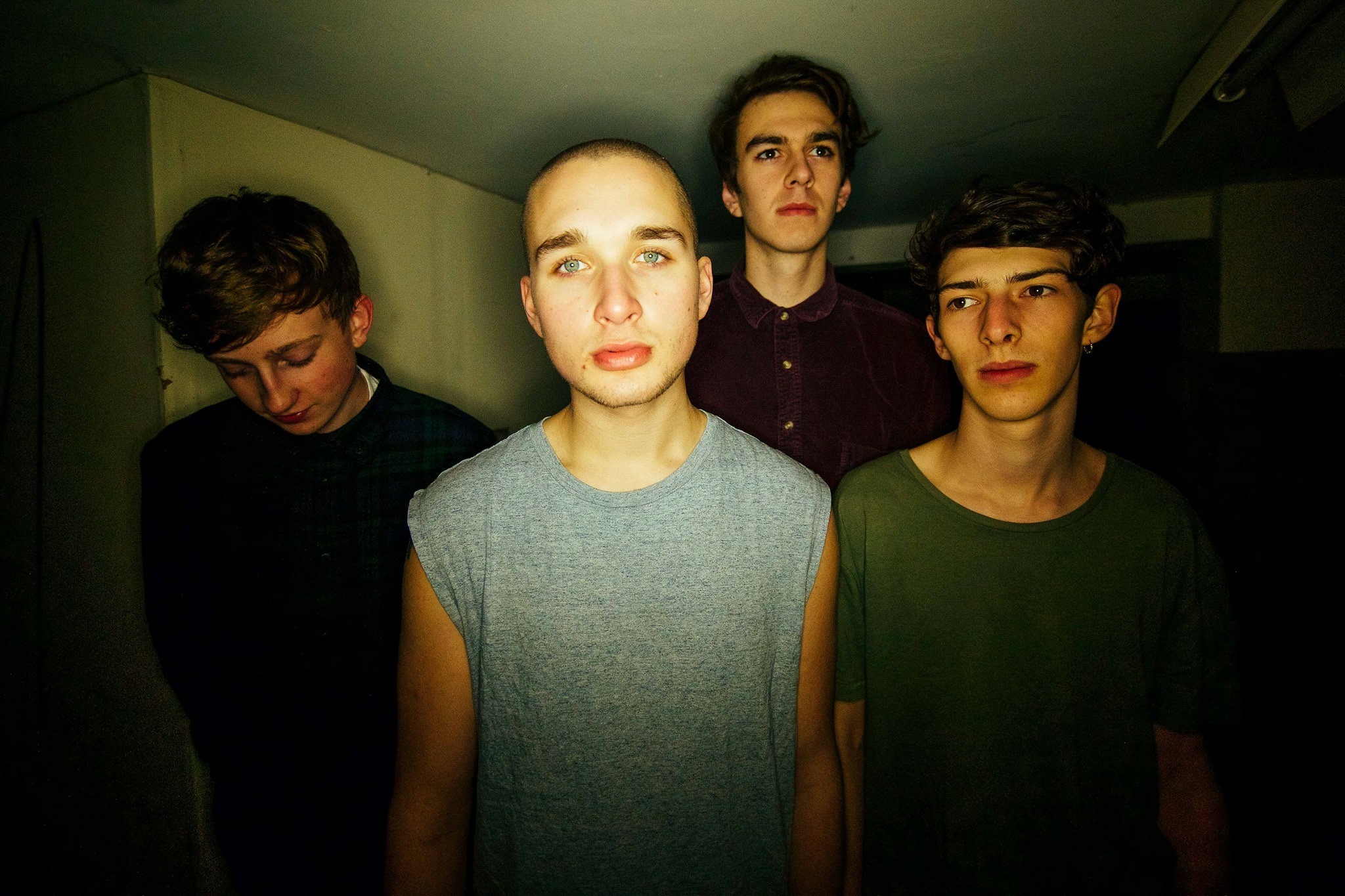 Iolo Selyf James (lead singer) has charisma aplenty and looks the part of a bona fide rock star with a Black Flag and Minor Threat vibe going on. The guitarist looks like he is from the Postcard Records era of Josef K and the music is a mixture of hardcore punk tinged numbers to more punk funk conventional tunes. I prefer the short punk ones but this young band are still developing and it will be interesting to see, which direction they will take.
My biggest gripe is where was the audience for this band with the ‘Urdd’ field just around the corner? We need a new Rhys Mwyn on the scene quickly to shake things up.

In the meantime, this will do so I raise a glass to the Wales Football Team onward to glorious failure at worse. I am just happy to be there and everything else is a bonus. Come on wales