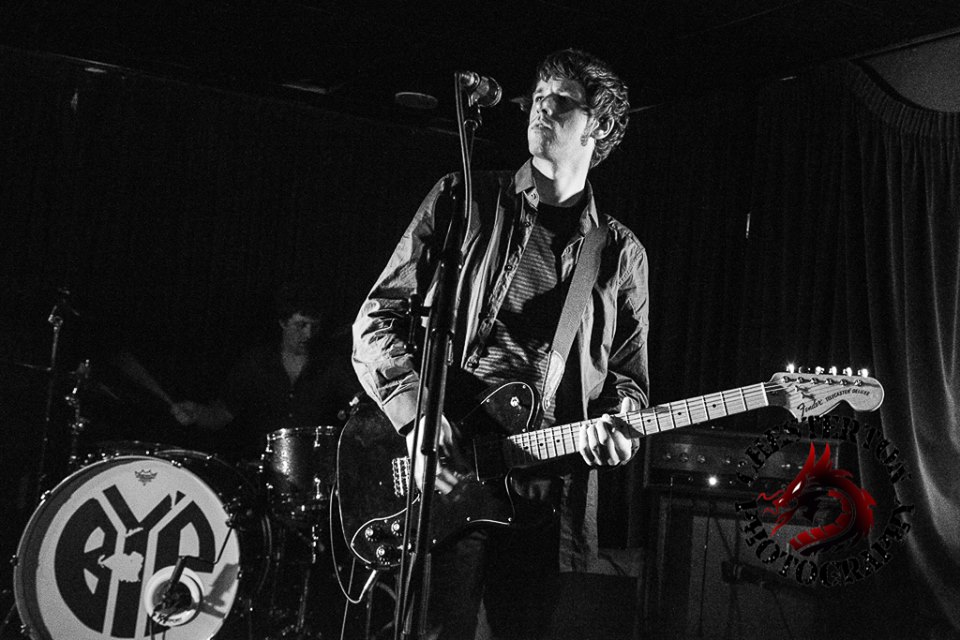 Bright Young People have that swagger; they’re swag’n’roll – cool as fuck and make a sound synonymous with dimly lit bars, the smell of stale beer and a haze of cigarette smoke. There’s no pretension, no acting the part, no trying to be cool; it comes naturally. Just like the music… 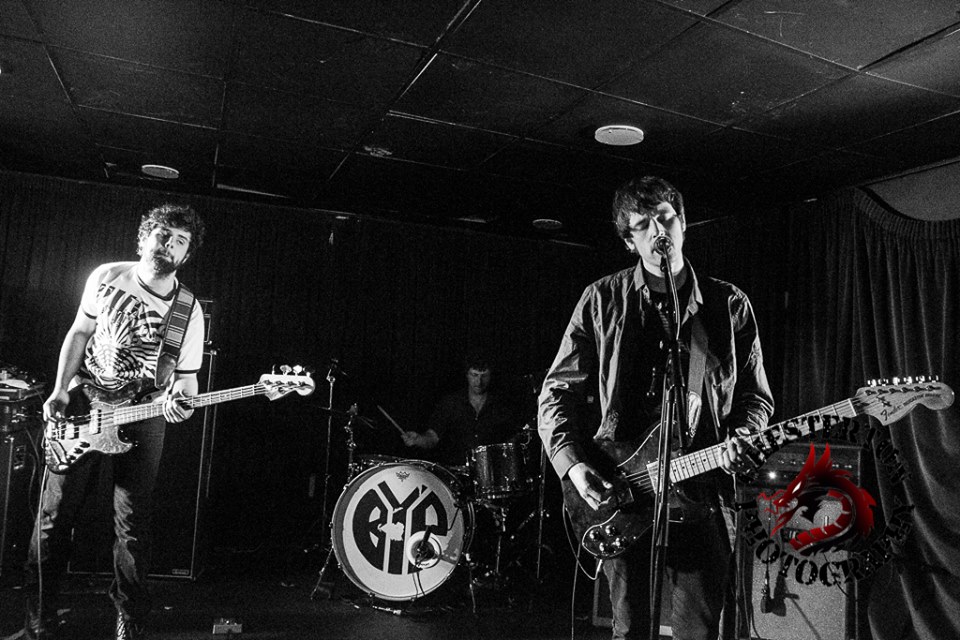 You see some young band in the NME on occasion, being interviewed and spewing all this drivelling bullshit about how they live for rock and roll, and you also know they go home and get told off by Mum for leaving dirty crockery in their bedrooms. I don’t see BYP like that, and if the latter part were true, then I’m sure they’d tell you anyway.
Sure, they can strap up a guitar and play some rock’n’roll, like many bands do, and rip-roaring rock’n’roll it is too. But they also have a cool vibe running through their music that puts them ahead of the pack, and when you hear the masterpiece that is Down The Magic you’ll snap your songwriting pen, knowing there’s little point trying to better such a great song. 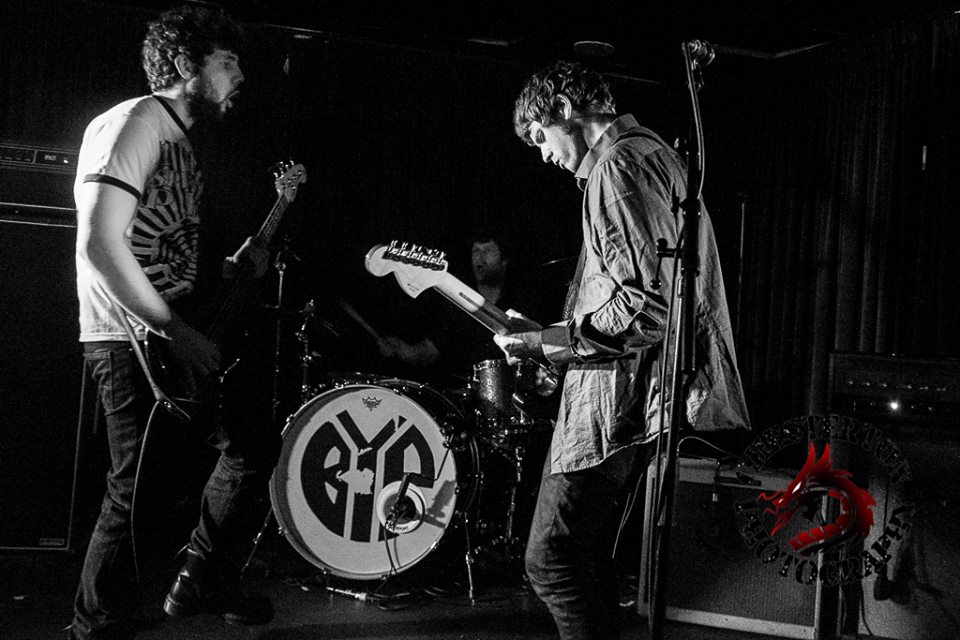 Tonight was a link2wales showcase – the first and probably only – I hate promoting gigs and I don’t know the likes of Dan Read, James Phillips and Steve Rastin do it… All that organising, all that arranging, the pressure of getting it right, will people turn up, will the bands turn up? 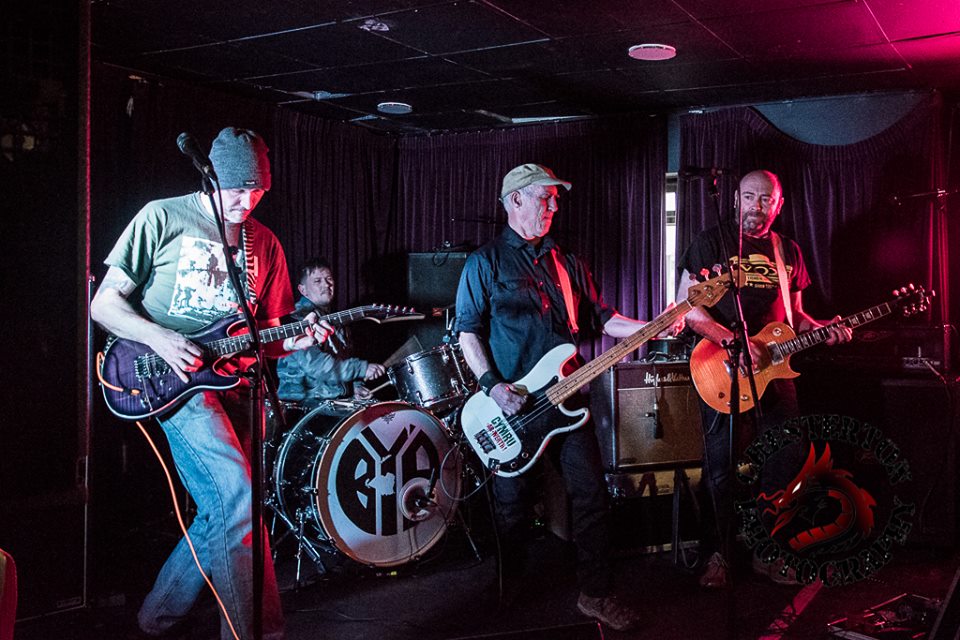 First up was Welsh Rebel Outpost – I did ask Blaenau’s finest Brython Shag to play, but they were busy tonight slate mining, so I used the blank space and short notice to try out Welsh Rebel Outpost live before a big gig in June. Being a member myself, I can’t really review it. All I can say is that despite Sion Sebon only being a size 8; my musical feet have a long way to grow before they will fit into his shoes. This half Anhrefn, half 4Q lineup winged it I guess! 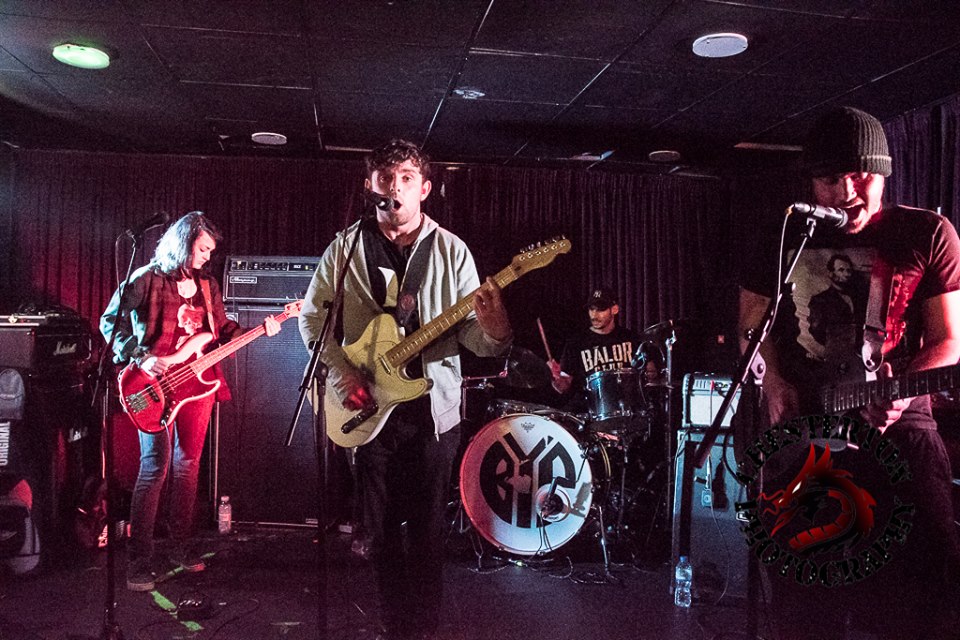 Maines from Conwy bring with them a talent they don’t recognise themselves, and the ears soon pricked up once they were a bar or two into their set. They’re a kind of bedtime Melvins meeting Sonic Youth at a KFC to have a Bargain Bucket food fight.
The line-up has been a bit fluid, which explains why they’ve not gigged too many times. Hopefully, this has now settled down and gigs will start gaining momentum as this is one band with sacks full of potential… Full of spice and twists and turns that make a sonique blend fit for a king. And criminally, they have yet to produce any recorded work! 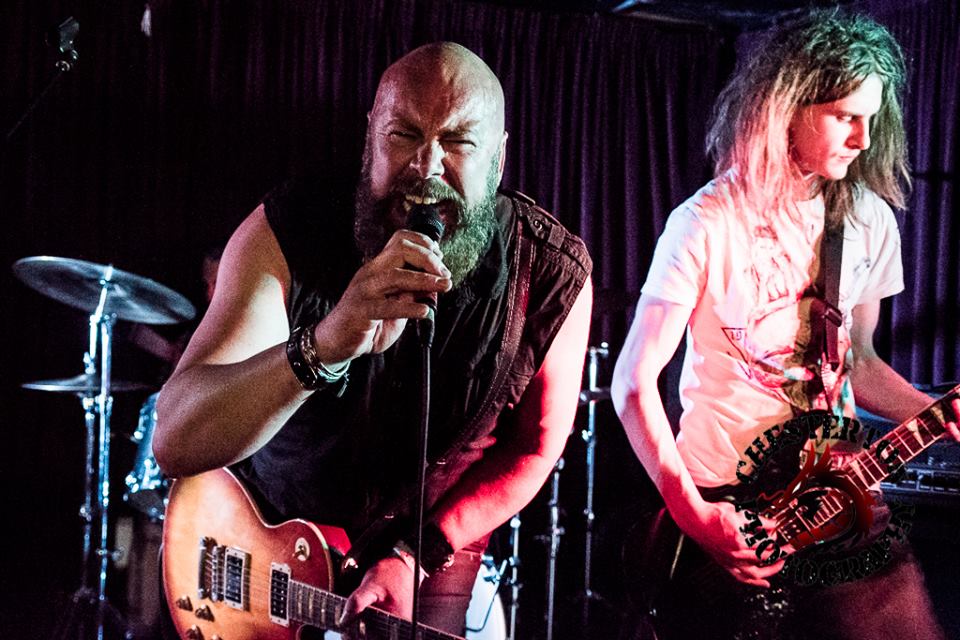 Bad Earth from the historic danger fields of Denbigh have changed beyond recognition since they were last reviewed within these cyber-pages. Main man Steve Coxon axed the front man and the bassist into tiny pieces, and put them through an industrial mincer, selling them via his popular burger van on the Colomendy Industrial Estate. He took over vocal duties himself; recruiting a new bassist (who’ll probably end up being a hotdog).
The result is Bad Earth have moved away from their stoner-speed groove to a more hard-metal sound, which makes them probably the area’s only metal band, in the true sense of the word. Seeing this colossus on stage leaves you in no doubt that you’re never going to ask him to babysit for you or take your gran out shopping – he’d scare the living shit out of them!