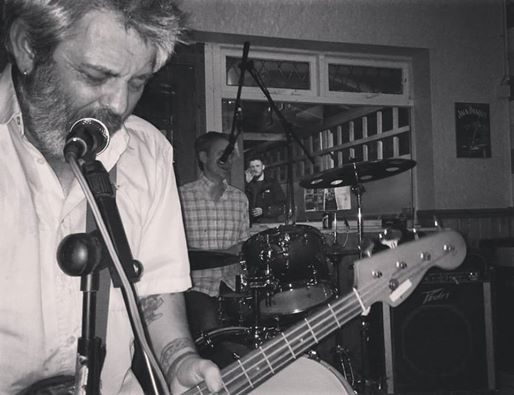 A rare review! I’ve seldom put finger to keyboard over the past six months since starting my weekly radio show on TudnoFM. Time is a valuable commodity, and despite seeing loads of gigs, I seldom find the time to write about them.
So without further ado… Let’s get typing.
With the bloody football on, the start time was put back to 10pm… Thankfully, some shit band called Spam Javelin had pulled out last week, and even with three acts on it was still gonna be a late one.

On a UK tour and all the way from Swindon, 2 Sick Monkeys brought some punk rock royalty back to Rhyl, having grazed their knees regularly at The Dudley Arms some six+ years previously.
In Pete Butler you have a veteran punk rocker, with punk ideals, a positive outlook and a killer bass guitar. He and his able drummer Fred scour the country playing gigs for pittance and sleeping on floors and why? Because they can… and they have done so almost a thousand times since their inception sixteen years ago… Incredible.
It is punk rock, but not any punk rock… It’s kinda old school, hardcore, proggy, thrash… It’s drums and bass, but not as we know it… All eyes are transfixed on Pete’s bass as he puts every other bass player to shame.
From the concept song Blur (or Blurgh) to the not so happy Happy Days it’s a whirlwind of dynamic head nodding songs, interjected with an appreciative audience and band.
Show your appreciation here… 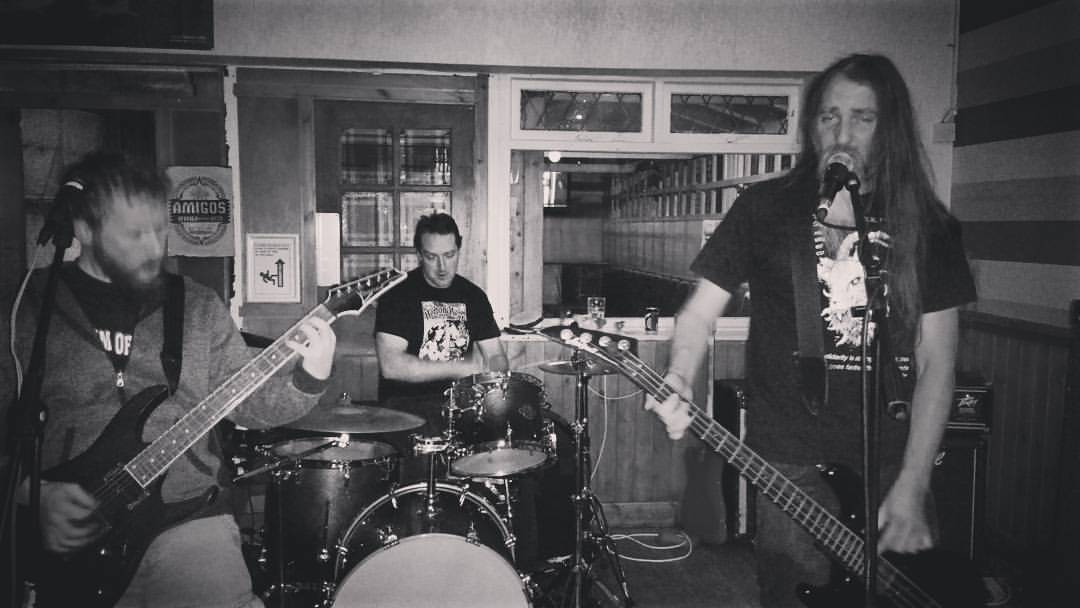 Before this we were treated to Emissaries Of Syn, a band with a growling reputation along the North Wales coast and beyond. They are strengthened by stand-in / new guitarist Aled (ex Bonzai Massacre) whose closer proximity to the band (Matt lives up North somewhere), allows them to rehearse more often and they’ve become an extremely tight unit.
This is obvious, as their set leaves you stunned after repeated volleys are blasted at you, leaving you weak inherently. Even a Dr And The Crippens cover doesn’t spoil the fun (ha ha), and the slick guitar work compliments the thrash feedbacked bass and that intense break-beat drumming.
EOS started as a band I didn’t ‘get’ – they are now a band I want more.
More here… 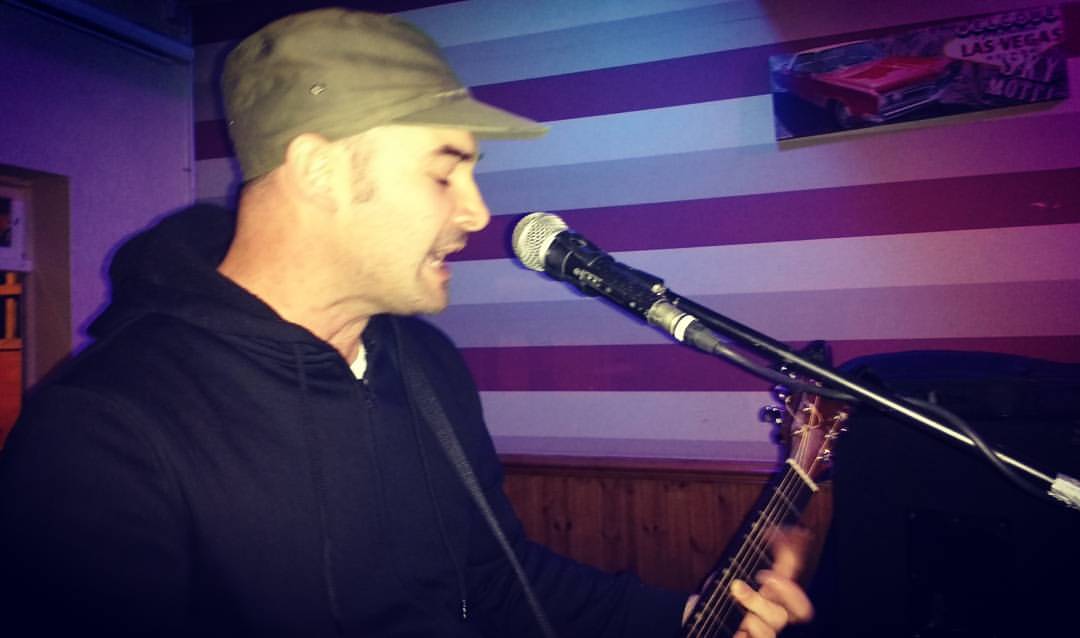 Straight after the full time whistle and kicking off proceedings was Tom Goodall. Armed with his acoustic guitar and a rack of songs that traverse both the political and the personal, Tom has come a long way from the days of being a drummer in Psycho Sexual Sex Terrestrials back in the early 90s. It’s pretty obvious why he has a revered reputation on the circuit and also great to learn that he is planning an album for next year.
Hear Tom in session on my show here…