I was arrested in Mexico once, it was a case of mistaken identity; they roughed me up and said, ‘Take a seat Mr Sanchez, the interview will now begin.’
‘You’ve got fuck all on me!’ I screamed, but they reckoned they knew who I was, and although my ‘solicitor’ told me not to speak, I was angry and shouted, ‘Where the fuck is my car!?’
The gringo looking one punched me square in the eyes and spat, ‘Where the fuck are the drugs?’ My head was spinning, I passed out.
Warm urine splashed my face and I came round, feeling really groggy and very sore down below, Gringo pulled up his zip and smiled, ‘Are you feeling OK?’
‘I need a doctor straight away!’ I pleaded as I felt like I had been fisted.
Gringo grabbed me and dangled a condom full of narcotics in my face, ‘You had the drugs inside you all along.’
For I was a drug mule… Los Muchachos are ace…

Mutants from the Llandudno underworld Bonzai Massacre have escaped my ears and pen for a good few years, and despite having another gig to be at tonight, I stuck around for their set. Having only seen dodgy YouTube videos of them live, it was soon very evident that these did them no justice at all, as they traversed the spectrum of metal meets Killing Joke.
Relentless metal riffing on guitar with goth bassing (both visually and aurally) and a red-faced drummer/vocalist who looked in pain each time he opened his angst filled mouth.
Great stuff…

As I made my way back to the priory, I handed my notebook and pen over to my erstwhile shitworker, Mark Watson-Jones… This is what he wrote… 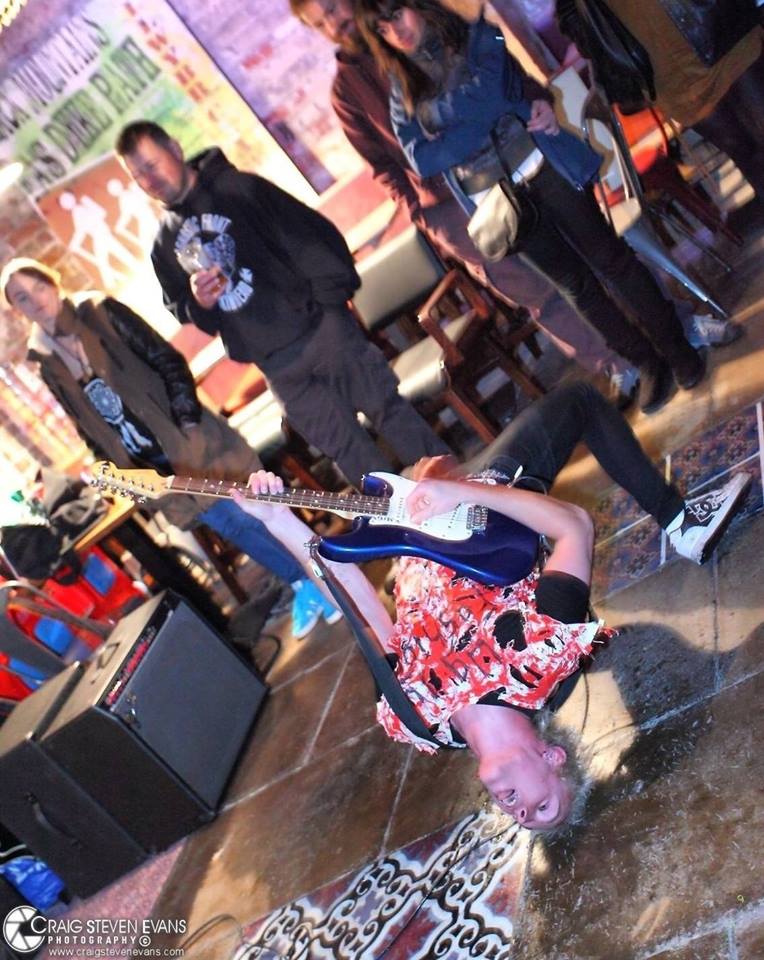 The three piece power action continued with Llandudno’s Ugly Fashion.  Becoming more of their own thing than the covers band they had been when I had seen them previously, singer/guitiarist/wildman Meurig remains the focus.  Starting with a more laid back but extravagant instrumental  Hendrix came to mind, especially with the solid groove of the rhythm section, but their songs after are more of quirky, angular punk, with lots of outbreaks of break dancing and punk pirouetting from the frontman.  Not just pop punk though, there’s an intense undercurrent running through it that seems to sum up their name, there’s a style that doesn’t fit and that can make them interesting. 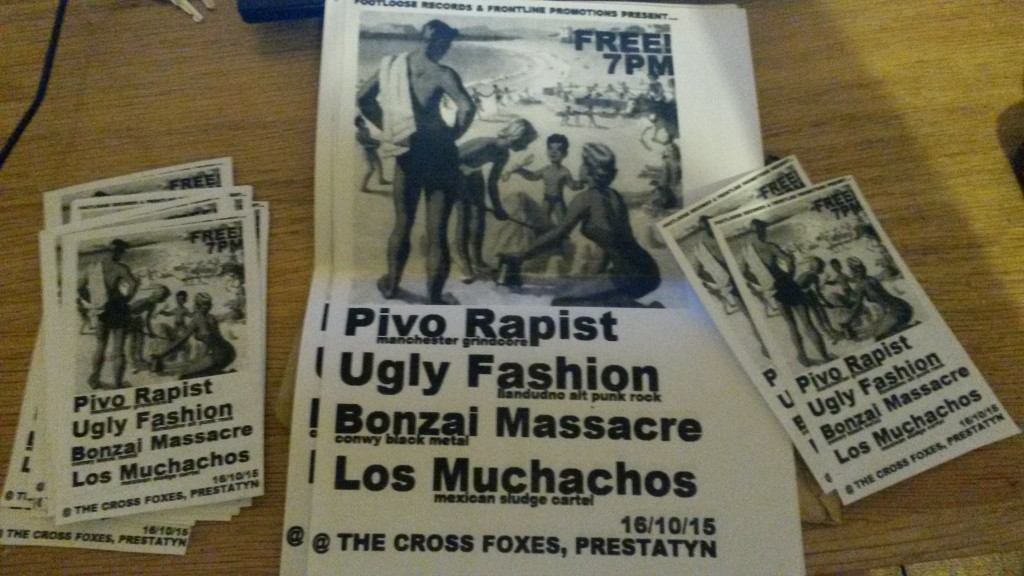 Finally, Pivo Rapist from the Czech Republic of Manchester.  There was enough chaos in their setting up to hint at the fun to come with wandering members and equipment but they were soon storming through their set.  Heavy grind core with more of a slimy coating of the porno variety, it just made for silliness and laughs all round.  Play fighting among themselves, the singer/growlers hair getting stuck on the guitar, the drummers gurns, all topped off between a to-and-fro of banter.  Even as extreme as they were they went down well to those not entirely bemused/battered by the onslaught, and were forced to encore “the one about the tranny”, the genuine reaction pleasing them too.

Another great night in Prestatyn, if you find that hard to believe get to the next one on November 20th