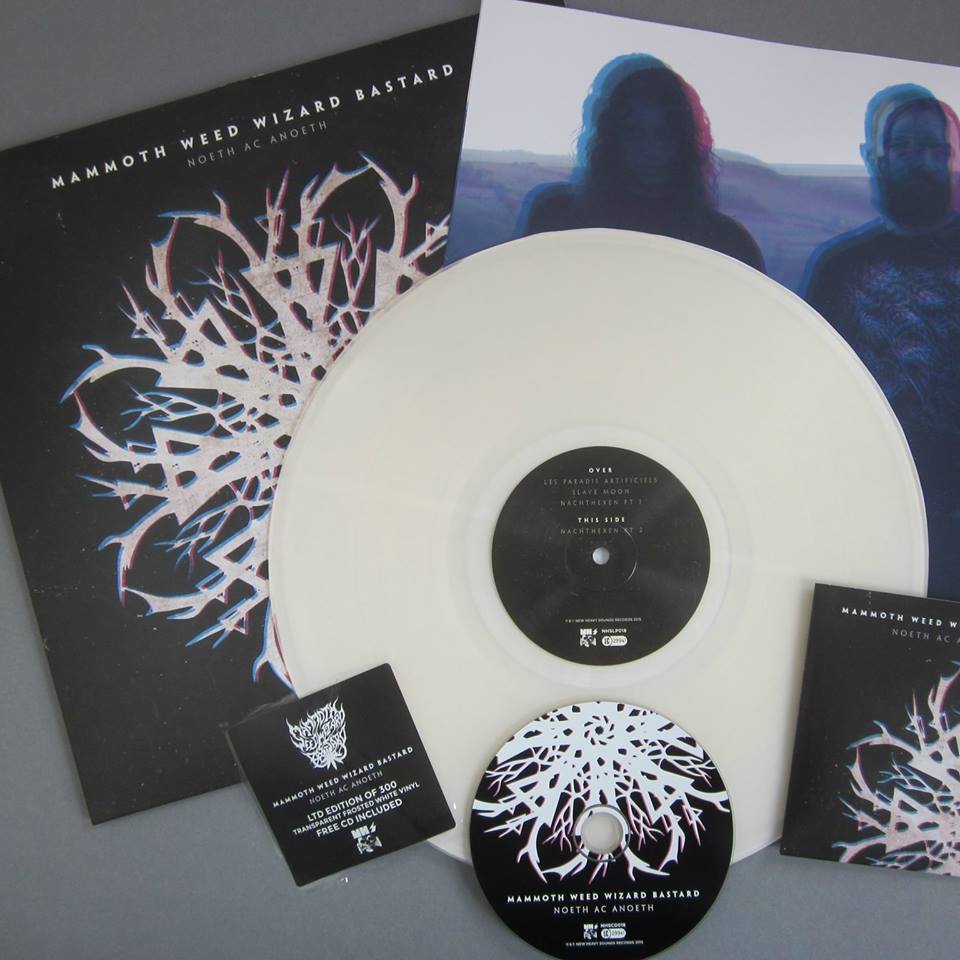 Never accept sweets from strange bands, and definitely NEVER accept a cup of tea from Mammoth Weed Wizard Bastard, it’ll take you somewhere you might never come back from, which probably isn’t a bad thing… but it’s a one way ticket into oblivious oblivion (bit like living in Wrexham).
‘Noeth Ac Anoeth’ clocks in at a little over fifty minutes, and those fifty minutes will give you time to realise just how fucking good this début album is.
Don’t be fooled by that delicate sweet smile on the face of bassist (and very occasional) vocalist, Jessica Ball – it’s a smirk, she’s a pixie with a sledgehammer and will happily pile drive your skull. That’s if the thundering riffs on this three track album don’t plunder your senses first. I say three tracks, but Nachthexen is so long that they had to split it into parts 1 & 2 for the vinyl version of the album (part 2 taking the whole of side two).
It’s doom laden sludge in Drop H with riffs so meaty that Bernard Matthews has risen from the grave for one last hurrah, only to find himself in a bleak and dank landscape. He’s now running through Gothic mud being chased by the ghosts of a billion psycho turkeys brandishing scythes. They’re going to get him, string him up and mince his entrails while the band plays on… And then burn him… Bootiful.