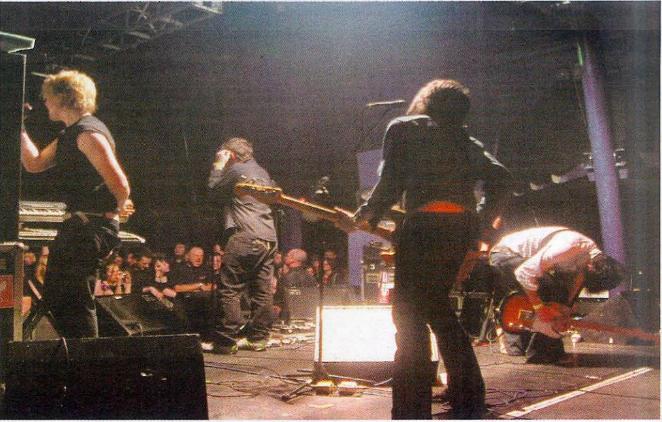 Over the last twenty five years I have promoted, played at and done PA for a lot of gigs. During those 25 years I’ve seen live acts make just about every mistake it’s possible to make. Inspired by the fact that tonight’s band were good and did things right, I thought I’d share with you some of the dos and donts. If it all seems obvious, well it should really, common sense and all that…

1. Be good. You are playing in public and the public will often have paid to get in, the least they can expect is a level of competence.

2. Find out what time you are expected to turn up and what equipment you need to bring and then do exactly that.

3. Advertise your gig. The promoter will be doing some advertising, but they don’t have your mailing list and they don’t know which of your friends might like to see you. If you don’t do any, then the chances are that people who like you won’t turn up because they won’t know that you’re on. At the very least, share the Facebook event page and invite people.

4. Set up and take down your gear as quickly and efficiently as you can.

5. Likewise with sound check. Quick and efficient wins you friends.

6. Be ready to play at your allotted time and then stick to the set length that you’ve been given.

7. Tune up before and during your set. It shouldn’t need saying, but I’ve seen so many bands, that might otherwise have been quite good, blow it by playing with out of tune instruments. Even punk bands, sorry.

8. Don’t be a dick. We’ve all read about “Rock Star” behaviour, but trust me, anyone who works in live music on the crew side thinks that people who behave like that are arseholes, and they probably play better than you do too.

9. Make sure your equipment works and then take spares anyway, just in case.

It’s not a definitive list, that would take me all night, but it is a list of things that everyone playing live music should try to get right.