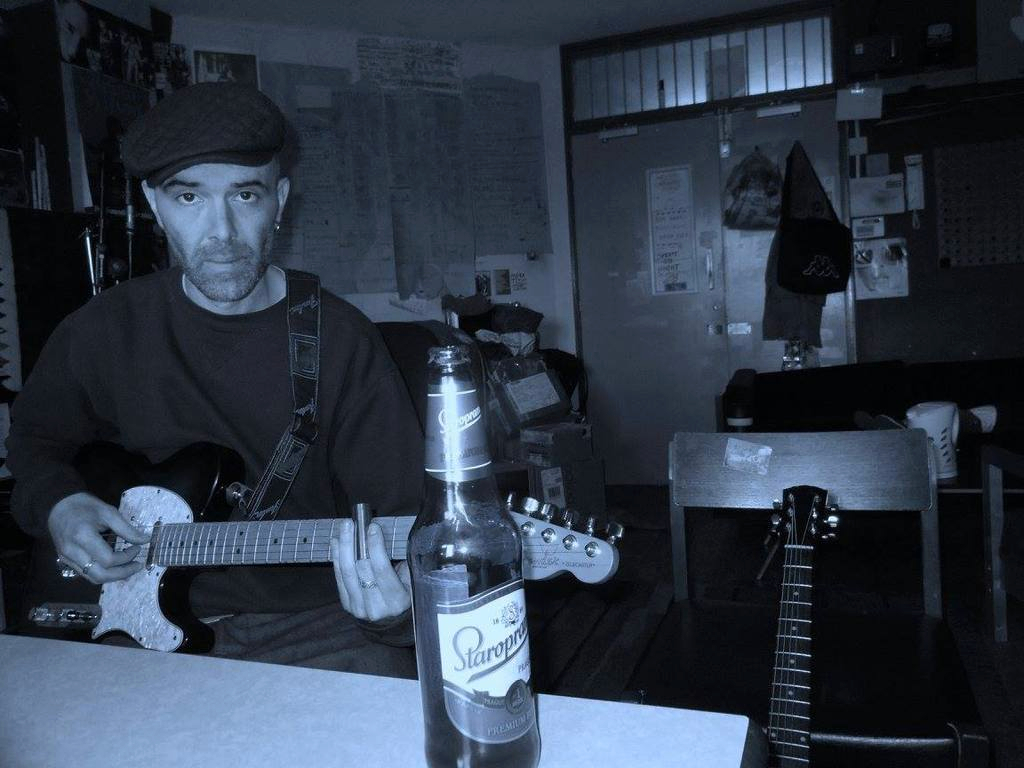 The Super Furry Animals stable is a prolific one… Since their self imposed hiatus in 2009 the individual members have been extremely busy of late with their various solo projects. I say ‘of late’ as in particular the last couple of years the output has increased dramatically. Gruff Rhys’ well documented forays across the planet in various forms have since been joined by Gulp and Pale Blue Dots amongst others… 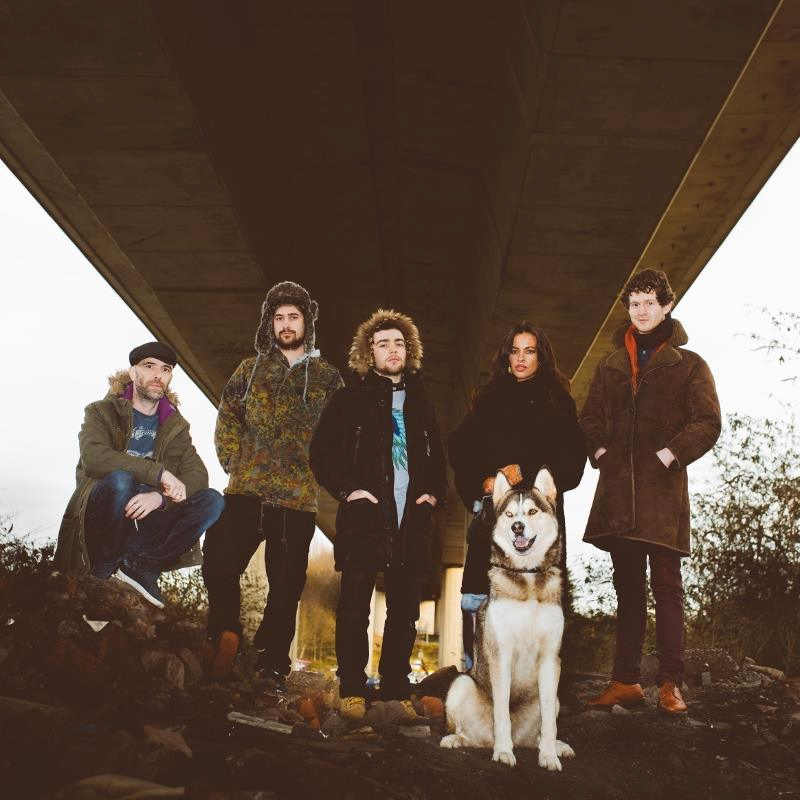 Those others being Zefur Wolves – a project by Super Furry techno wizard Cian Ciarán. The eponymous album arrived last week (April 13th) and is nothing short of exquisite, with simplistic mouth-watering tunes and a sound and production to die for. It’s so good it could ease the most troubled of troubled souls.
Zefur Wolves are Cian Ciarán, Zirian Afendy, Danny Wall, Estelle Ios and Trystan Palfrey, and together they have a record that is flawless, Estelle’s spellbinding voice drips over the songbook leaving you soaked in pure perfection… It’s an accomplishment of the highest order, and with 2015 only four months old and having already dished out some high calibre releases, I can safely say that ‘Zefur Wolves’ sits on top of the lot of them.

Cian Ciarán’s solo output has so far been a mixed bag of sheer brilliance, cutting room floor bits and random ideas. Zefur Wolves however has it’s own identity and from what I can gather, is a project he’s wanted to do for a while but got sidetracked by making two solo albums instead! I put that accusation to him…
‘There’s always a record to be made and another waiting in the wings. The solo ones got sidetracked due to other projects too!’

So how do you keep track of ideas floating around?
‘I document everything, so when I come back to them and still like them, then there’s some legs in those ideas. Something else I consider when writing is, if the idea is still in my head the next morning and I can remember it without playing it back, then I’ll stick it down.’ 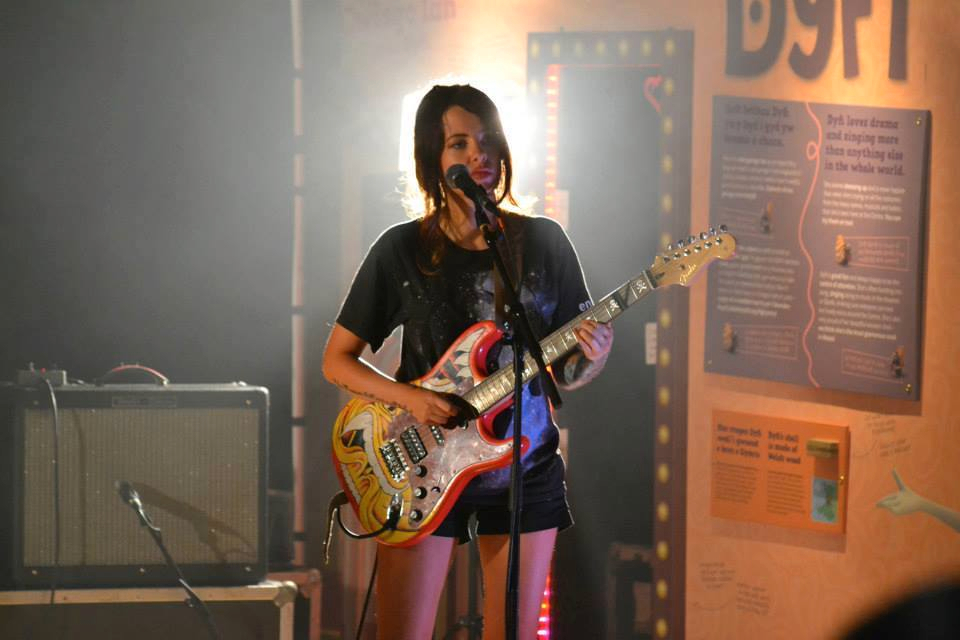 How did the Zefur Wolves record come about then?
‘The album has been in Estelle’s head for ages; some of the tracks for years. When we got together in California we started recording the demos she had in her head. It was obvious which direction they were going and it excited us both, so I put plans to do the third not so solo record to one side and execute this one instead.’

Zefur Wolves began promoting the album by supporting White Noise Sound in Cardiff a couple of nights ago (April 18th).
‘It was nice to get the first show under the belt,’ explains Cian. ‘We play Focus Wales this weekend then Liverpool Sound City, Merthyr Rising, Bangor and Green Man, with more to follow hopefully.’

Joining the Cian bandwagon late on, my impression of his solo output portrays how much song-writing input / influence he had in the Super Furry Animals. Either that or he’s been ripping them off ha ha!
‘It would be hard not to have been influenced by your fellow band members after twenty years together. That’s what being in a band is all about… You give the same song to five individual members and you’ll get five different treatments.’
He continues, ‘We are all influenced by each other and our surroundings all the time. I didn’t write much when I first started with SFA, I was still making electronic music. But that changed as we toured more and I got to hear new music through the lads and we discovered new (to us) music together.’ 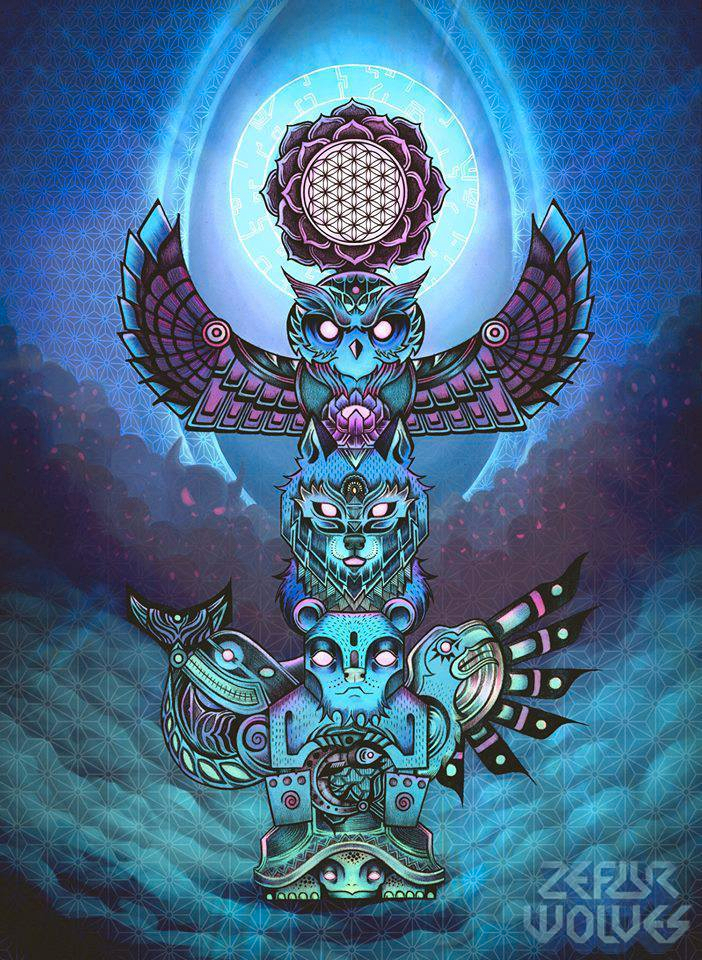 Playing this Zefur Wolves album (again and again), I’m marveling in its resplendence, it is a mystical wind, but I know that sound, I recognise that feel it has. It has a sound of The Earth – which is Mark from Catatonia‘s new band, and to say ZW sound similar is a compliment of the highest order.
When I suggested these similarities to Cian (particularly that lovely bass sound), he was quite blunt,
‘We used the same studio; Strangetown in Cardiff. I mixed both albums and Daf drummed on both.’

OK, so pardon my ignorance, but tell me a bit about Strangetown.
‘It’s a label I started with Daf, Kris and Mick, predominately as a way to release our own material; it still is to an extent, but we’ve started helping out friends as an outlet for them.’

Is it going to continue?
‘It is something I’d like to build on but time and resources are just not in my favour at the moment. We’ve been able to develop the studio over the past year so we can now do everything in-house. We’ll push on after May now and see where we can take it and the music we release.’

Before we discussed the imminent SFA resurgence I asked Cian about his musical influences growing up.
‘Stone Roses and Happy Mondays were the bands I listened to. I used to fall asleep to the Stone Roses album night after night on the Walkman. I know every note, every hit on that album; or I used to.’

What about live bands? Locally?
‘I would go out to shows on the Welsh language scene when I was growing up. I’d see bands like Y Cyrff, Ffa Coffi Pawb and Anhrefn. I’d try and learn by watching the drummers, as that is what I played in the first band I was in.’
He continues, ‘It was a good time to grow up in Wales. We had a couple of good music programmes on TV that encouraged and helped bands and musicians, and that helped the scene. It gave me and others I think the foundations for later life.’

Super Furry Animals are about to launch themselves back into the world after almost six years away. To me, this hiatus has lasted long enough, but to Zefur Wolves, Gulp, Pale Blue Dots and Gruff Rhys, isn’t the timing of this return a bit miscued?
Cian’s opinion is, ‘Who knows why anything happens in this world? The stars were in alignment. The book came out in February [The Rise of The Super Furry Animals]. We spoke to Domino Records a couple of years back and they were interested in a Mwng reissue and the interest was still there to release. The cosmic ballet continues.’

Despite the cosmos dictating so, I still think the timing as far as other projects is wrong, however, are you planning this Furry reprise with new material?
‘Nothing planned, we just want to enjoy playing for playings sake, like you do when you first start a band or playing music. No label or new album pressure to promote, but I guess with it comes a different set of pressures and expectations. But we want to concentrate on the task in hand and make sure we deliver, so new material isn’t on the radar at the moment.’

One final question… Any advice for aspiring bands and musicians?
‘DON’T COMPROMISE UNLESS IT’S AMONGST YOURSELVES.’

You can get Zefur Wolves’ album here – only a fool wouldn’t do so.