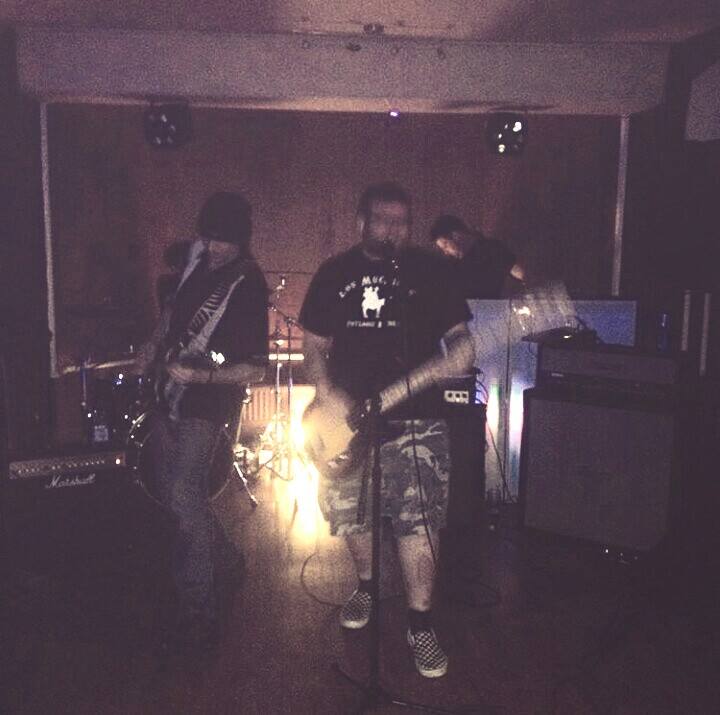 “Is my image right, for your fashion parade? Well if it don’t look right, your days are numbered” – A line from one of my favorite punk bands of the 70s and as appropriate a message today as it was back then. The song “Teenage Warning” by the Angelic Upstarts is a stark reminder that the youth of the present should be the ones that are shaking up the clichés and norms and sticking two fingers up at us oldies. The song also has the line “13,14, its a teenage warning, 15,16 but nobody’s listening, 17, 18, who takes the blame, 19 ,20, the 20th century” which describes to me a situation of conformity within this current generation.
It was a heavy laden sky that covered my journey to the Royal Hotel in Colwyn Bay and as I stepped out of the car the first drops of rain presented themselves. I admit that I was a little nervous of entering the establishment as the clientèle had the appearance of caged dogs..and sure enough , before I’d even had chance to order a beer, the barman loudly announced “hey look its Jimmy’s (name changed to protect the innocent) twin brother and pointed to a guy who had a bald head and quite an impressive beard. I smiled and ordered my beer.
I wont dwell on the pre and post “Javelin” bands that performed as this is not a review of those guys, but will say that both bands were young in years and my opening paragraph to this review should be describing full energy and hormonal toil.. but alas there was no passion and unfortunately 15-16 nobody’s listening.. 17- 18 who takes the blame? 19-20. The 20th century does seem to fit.

As I scanned the room I observed a couple of old punks who were still carrying the torch for anti establishment albeit a dimmed version of it , but it did make me wish Id adorned the old Bike Jacket and Slaughter and the Dogs Tee shirt once again. Enter centre stage Spam Javelin!! Now take note young-uns!! One of the guys in this trio is old enough to be your dad and he’s showing you how to put on a show. Guitarist and “Vocalist”, Crud is moving around like a fucked up Wilko Johnson after having lessons at the Ministry of Silly Walks. He’s having such a great time of it, it seems that it slips his mind to get to the Mic to scream “FUCK OFF”. The pace of each song is fierce and at times it almost sounds like the music is being played backwards. Bass is provided by the aptly named Brute, his bass rig protesting to the pounding by flashing its “clip” light to the rhythm and giving a tone that would make Lemmy weep. There’s no crazy movement from this fella though, he’s like a rock, only stepping forward to share vocal duties providing the blood chilling aggression to the lyric.
I tried to place where Id seen the drummer before, he was somewhat familiar but alluded me for a while, then it hit me. I’m pretty sure he was the kung fu antagonist Crispin Glover in the 2010 remake of Charlie’s Angels..well he certainly provided the chops and double kicks to drive these boys forward
With tongues firmly fixed in cheek these lads put on a great show to an old punk like me and reminded me fondly of UK SUBS, Angelic Upstarts but with a contemporary aggression that makes them current. How can you go wrong with lyrics such as “ Look there at that fucking dick, makes me want to smash his face with a brick”. I bought the CD and listened to it on the way home and knew it by heart by the time I arrived….I’ve left it it in the CD player with the volume full up, Im sure my wife will enjoy it too when she switches the engine on to go to work in the morning…some things are for sharing.
So , “Who takes the blame?” Well, I’m afraid its us 20th century punks!