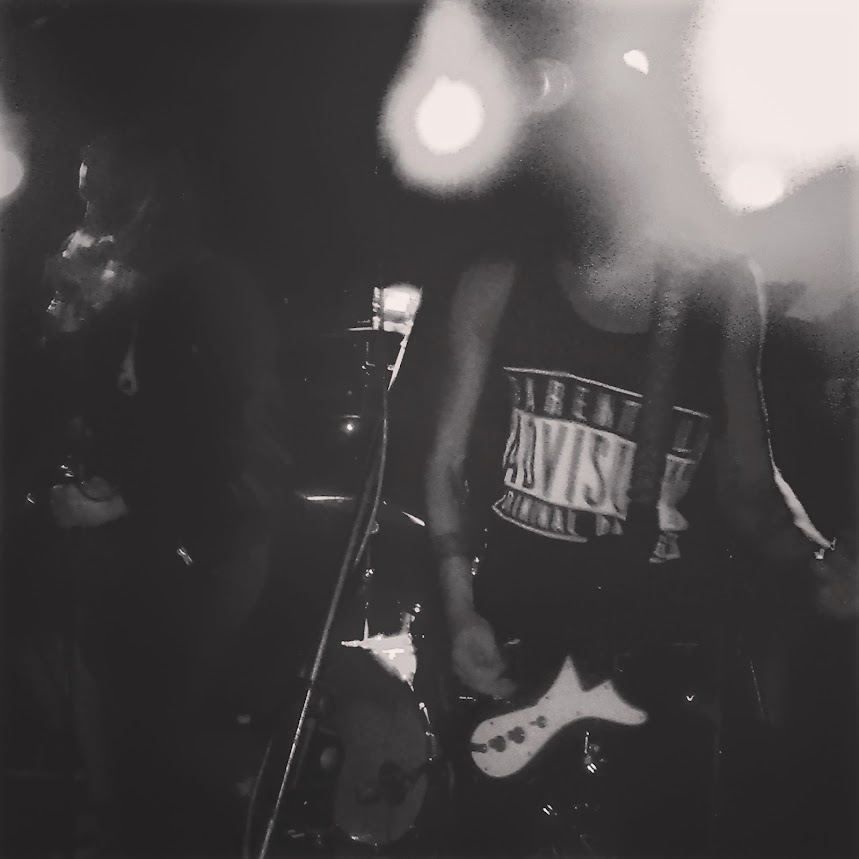 With my gigging rate at well over 1700 live sets seen, I should be deaf… Or at least have tinnitus. Earplugs should also be like a mobile phone and always in my pocket.

Standing pretty central for the first two bands to gain an optimum ear drum splitting distance, Lord Vlad Gwion of Blaenau Ffestiniog and myself did not need to look up the definition of shellshocked after this bombardment. That is, shellshocked in a good way.
Norwegian freaks Okkultokrati were in full swing by the time we had finished stuffing ourselves in the name of Chairman Mao across the road. Great to hear two chord, sometimes three chord riffs rather than those bands who try to cram a billion notes into one bar and end up sounding like a droning B52 Bomber. It’s not what you play, it’s how you play it, and this I guess is what you call Psyche Hardcore with shades of a very fast Killing Joke thrown in.
The singer, with the splendid name of Henning Wisth, looked like the by-product of a Gibby Haines and Ian Curtis experiment that went horribly wrong. He’s rooted to the spot in a Butthole Surfing (not very) Joyous Division stance as the rest of the band smash out an almost tribally hypnotic sound that you can easily get lost in.
I picked up their latest album (on blue vinyl from Henning), oddly called Night Jerks, and strange song titles like Moon Daggers and The Ladder (Punched Out), maybe they’ve been chewing on some of Gibby’s drugs… Glad they did, this was ace… Plenty of diverse nonsense with Gothic undertones… A welcome addition to the collection. 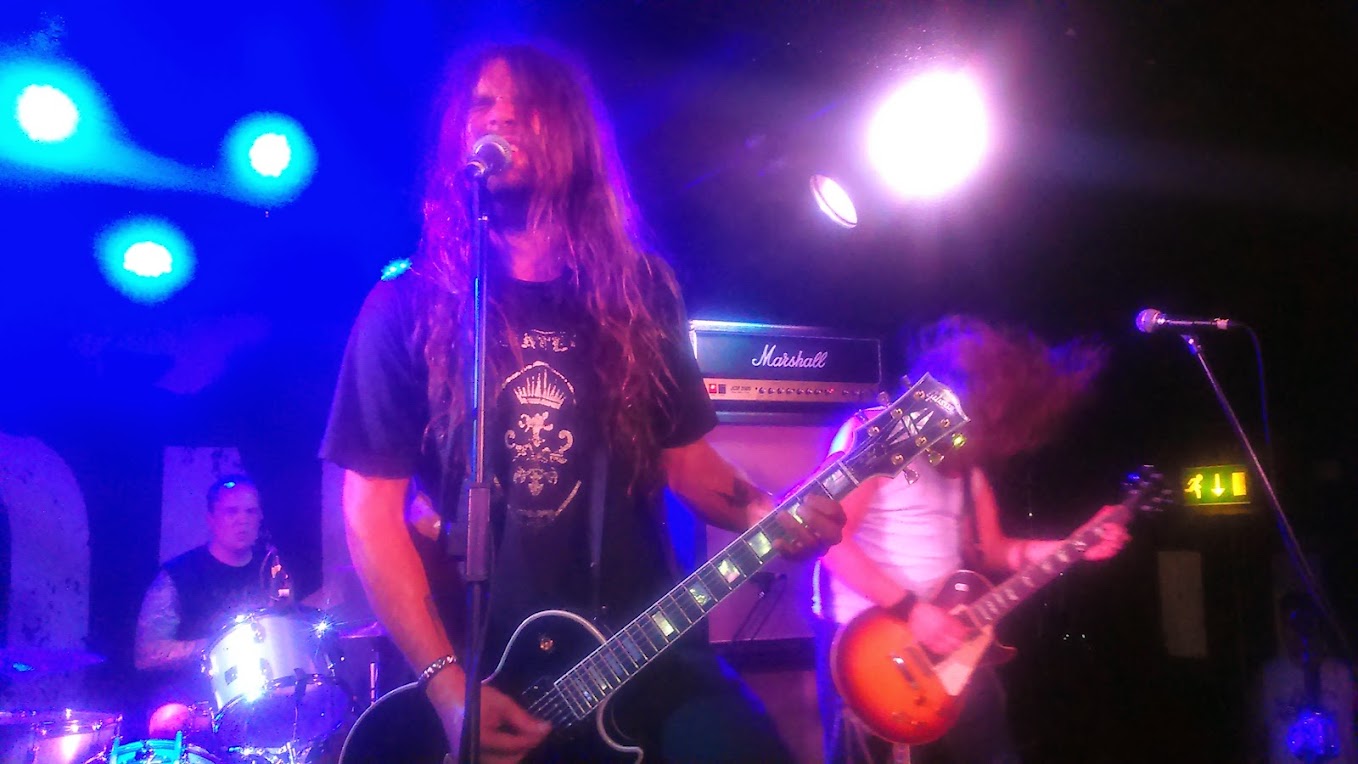 Almost like a suave dinner party where a theme is the order of the evening, we stay with a Scandinavian dish as we’re served up Martyrdod from Sweden. They’re fronted by a Neanderthal Russel Brand-a-like knuckle dragging Zodiac Mindwarping vocalist-guitarist bursting with energy. Sounding like Discharge when they turned metal but without that awful whiny-shite singing that Cal so badly imposed on our ears. No, this was caveman growling that blended well with the continual melodic but dirty guitaring that was a constant factor throughout every song.
Martyrdod did look almost Spinal Tap, with the second guitarist smashing those strings and sporting a Lemmy ‘tache and an old man’s white vest (sadly lacking egg and ketchup stains). The bassist had a kind of Raven (K.Joke) look about him, but with shit tattoos, and the drummer was definitely an accountant in pain!
So, I’ve painted this almost comical picture of the band, and yet they make some serious noise.. That semi-hardcore riffage going on with that filthy Zeppelinesq style guitar sat within it, setting them apart from the run-of-the-mill metal-thrash bands doing the rounds. It propelled me back to my younger days and the stale ale stench of Planet X in Liverpool and the damp walls of Rock City in Leeds, seeing a conveyer belt of bands of this genre… Great to see and hear this style again.

A swift drink and fresh air between bands resulted in losing our posh seats in this theatre of mosh and we could hardly get further than the bar at the back. Sad that people will pay their pound notes for three bands but only see one… It was most certainly their loss.
So yes, initially advertised as being in the basement of The Academy it was moved upstairs to the bigger room and this too was rammed.

So Converge from Boston (not the shithole in Lincolnshire) alight the stage to a chorus of cheers. To me it’s all new and I thank thee Vlad for these fine introductions. Everyone else is screaming the words, great spectacle with a fine balanced sound (one less guitarist makes that easier). Bodies and limbs are flying everywhere like in those mid-80s US hardcore documentaries where there is a constant flow of stage-divers.

‘Great to see no barriers!’ says the singer Jacob Bannon, ‘It’s how a gig should be.’ – Yeah, no barriers and no bouncers, just kids breaking their own heads, arms and ribs in the name of hardcore punk.
‘We’re kinda punk, metal, hardcore, arty y’know.’ He was right, there was elements of all those genres as Converge ripped through their back catalogue with absolutely no mercy.
Their one hour set was played with such intensity and so fast that it seemed as if it was over in twenty minutes and we were stamping our feet and shouting for more.
They gave us more… ‘This is called Concubine.’ A huge roar went up and for another five minutes Jacob paced up and down that stage in caged tiger mode as the rest of Converge thrashed the living daylights out of their instruments in a kinda punk, metal, hardcore, arty way.
Ace…