Buzzcocks, The Dollyrots – The Ritz Manchester 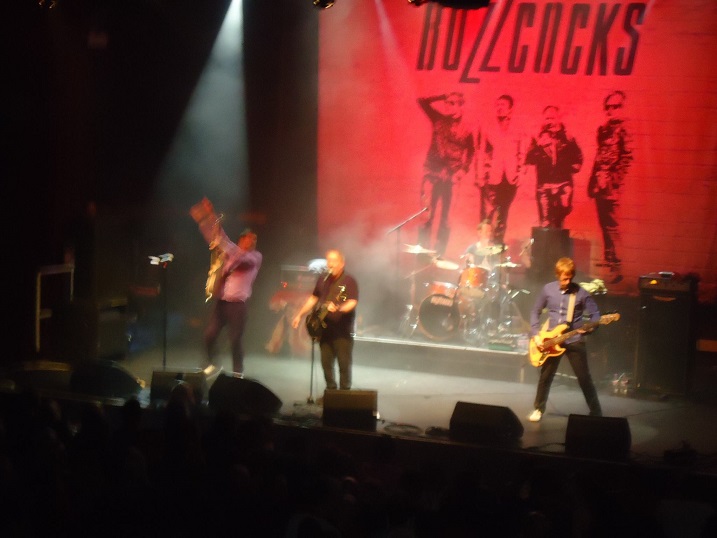 I remember many many moons ago when I was a young 14 year old punk upstart listening to The Buzzcocks album ‘Love Bites’ on my old record player in my bedroom when my dad came in and said to me “what’s that rubbish you are listening to?”
Buzzcocks of course….
”Bloody noisy lot, these won’t last 5 minutes!”
Well 38 years after forming in Bolton in 1976 the Buzzcocks are still here and going strong! It became a long standing joke every time they released a new album I would say to my dad “do you want a copy of the new Buzzcocks album, they’re still going you know!”Unfortunately my dad passed away last year so I was unable to offer him a copy of the buzzers new album ‘The Way’. It’s only now going on general release hence the tour but those in the know (like moi) backed it earlier this year through the ‘Pledge scheme’, it works like this…. bands with no current deal tout the product to raise the finance to release it offering lots of other personal items, guitars, handwritten lyrics, signed vinyl, test presses etc, It works great both ways for the band and the punter, the punters get to grab rare limited edition stuff ahead of the official release and of the band get the record out there. I grabbed a signed vinyl and have been listening to the album since June so I was looking forward to hearing it live at tonights gig. 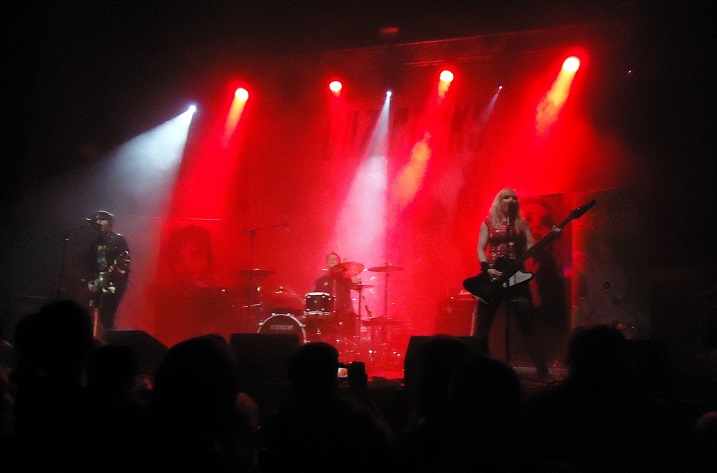 The Ritz is the venue and it’s probably the best place to catch them on the tour being as it’s a hometown gig. The Dollyrots were the support, a 3 piece punk ‘pop’ band hailing from LA in the US of A. I’d never heard of them myself but a quick look at their facebook page
(https://www.facebook.com/thedollyrots/info) will tell you they’ve been going since 2000, have a shit load of music already released backed up with endless touring and some very nice support slots to boot. The band is fronted by the rather luscious looking Kelly Ogden (no relation to Hilda) and will grab your attention straight away, partner, guitarist Luis Cabezas looks the part too, add a tight drummer which they have and its all perfect to watch and listen to, they did a great cover of ‘Brand New Key’ check out the video
https://www.youtube.com/watch?v=GbQ43sFDQTM) 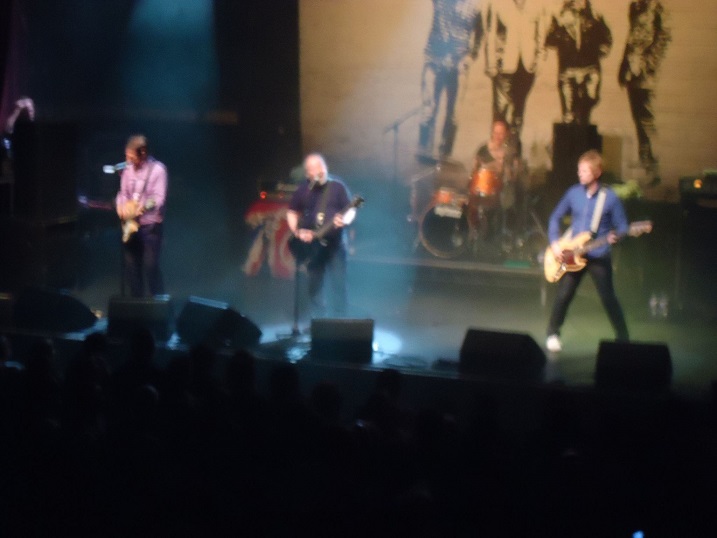 “Good evening Manchestoh” bellowed Steve Diggle before ripping into ‘Boredom’, cue A mosh pit of old punks reliving their youth. Diggle, it has to be said has aged well, he reminds me a lot of Captain Sensible of The Damned in the way that he still looks the same and he still loves performing. Pete Shelley hasn’t aged so well but I doubt he gives a fuck anyway but please Pete ‘that beard’ shave it off you look like a garden gnome. The two young lads Danny Farrant and Chris Remington bring youth and energy to the band as well as excellent musicianship.As well as the old stuff the band are tonite playing tracks from the new album ‘The Way’ and we are treated to the title track, the new single ‘It’s Not You’ as well as a couple of Diggle gems ‘Third Dimension & ‘People Are Strange Machines’…indeed they are Steve. These tracks sound much heavier live than they do on the album and much better in my opinion, the songs have obviously grown through being played live on the recent US tour. The new songs mix well with the older more well known material but it’s the hits people want and the band roll them off one after another such is the back catalogue. 9 studio albums, endless singles and compilations. Orgasm Addict is the final choon and it’s all done and dusted by 10pm. Great band, great gig. 10pm however is a bit early to go home so we nipped into the ‘Star & Garter’ for a quick one and found ourselves at a ‘Smiths night!” Heaven know’s I’m miserable now…I was….hang the fucking DJ!The Buzzcocks tour is ongoing check their page for details (http://www.buzzcocks.com)