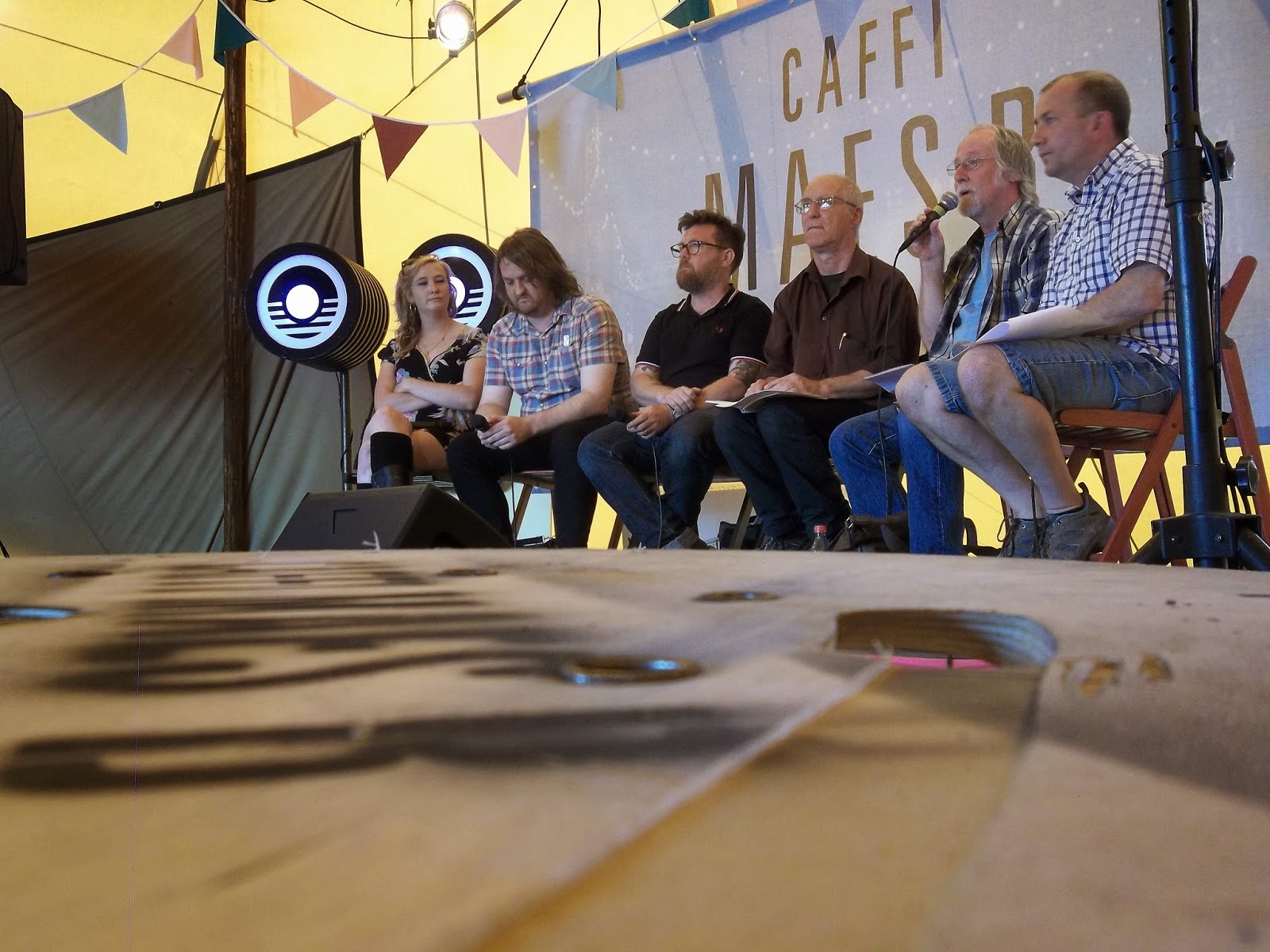 These are some of my thoughts on this year’s Eisteddfod. I took part in two events – one I enjoyed immensely and one left me profoundly depressed. I also saw a couple of things which suggested that the Eisteddfod has a role to play in the wider debate – this is my wander through the Maes.
The first Invitation was to take part in a discussion about the Decades of Welsh language Music (Brwydr Degawdau) at Caffi Maes B at the Eisteddfod (7.8.14). I was asked to do the 1980’s. The idea of Brwydr Degawdau was a panel of guest speakers –  as advocates for each decade. Sounded like fun / should be fun. I accepted.

However alarm bells began to ring when I checked out the Maes B website to find out more about the event and realised that none of the panelists were named, so I had no idea who else was taking part.

On the day, Caffi Maes B was full – there was no more room in the venue – so I guess additional marketing was un necessary – but it felt like us – the panellists were the after thought – no need to announce contributors. No attempt to reach any fans we may have or indeed may have had back in the day.

This is not an ego thing – it just felt slightly disrespectful in an unthinking / half-arsed way on behalf of the organisers.

Surprisingly the audience stayed with it, so why was it that I was left with a feeling of such utter despair at the end of the whole thing ?

My fellow contributors included Geraint Davies, a member of 1970’s band Hergest – to be honest a band we never even bothered to discuss, let alone slagg off, in the 1980s such was their almost total irrelevance to anything going on. Geraint is kind of OK but his closing shot of “Hey it’s only Pop Music” summed the whole thing up – it’s not that important…….

But Geraint – the whole point is that bands changed our lives – be it the Sex Pistols or The Clash or in this context Trwynau Coch, Jarman, and Llygod Ffyrnig for sure – life was never the same again – I do so hate that attitude of “Pop Music can’t change anything”.

Potter (1990’s) is an actor – he certainly gave the liveliest and most entertaining performance of the day – and to be fair made some really good points about the social context of coming from a non-Welsh speaking background in the South Wales Valleys.

Likewise Dyl Mei (2000’s) is always good value – he is a true-pro / media-whore and he does know his stuff in terms of music. Dyl Mei understands the value of soundbites and the odd shock value statement.

As I said they are both consummate pros.

The young presenter lady (2010 – 2014) talked about how ‘Can i Gymru’ (Song For Wales) was getting better, with cool bands taking part – by this point I had lost the will to be on stage. Had this been 1989 I could have done a punky amateur-dramatic stroppy walk off, but I’m 52 and that would have looked a bit silly …….

At the end there is no time for a discussion.

Over half the audience were slouched on bean-bags, all very Glastonbury – maybe I don’t like being ‘slouched at’. These days I would have preferred had they all been sat on William Morris chairs. I would have preferred this discussion at Gregynog. To be perfectly honest, without the discussion you could argue that this was entertainment rather than debate – and in view of the comments about Can i Gymru and this being “only Pop Music” – we surely needed the debate.

It all ended without a bang, no tweets, no response, everybody just went off to DJ on the Maes or to do whatever they do …… it took me 2 days to feel better. My involvement with Welsh Pop music and Culture has always been about revolutionary politics – about change – this just felt like hanging out with faceless A.Ms at the Welsh Assembly – constitutional politics.

I do not / did not belong here – this sort of sloppy event serves only to devalue Culture. I say this not in a snobby way but I can’t do this again, I cannot do this for the same reason as I no longer drink alcohol – the hangover is just not worth it. 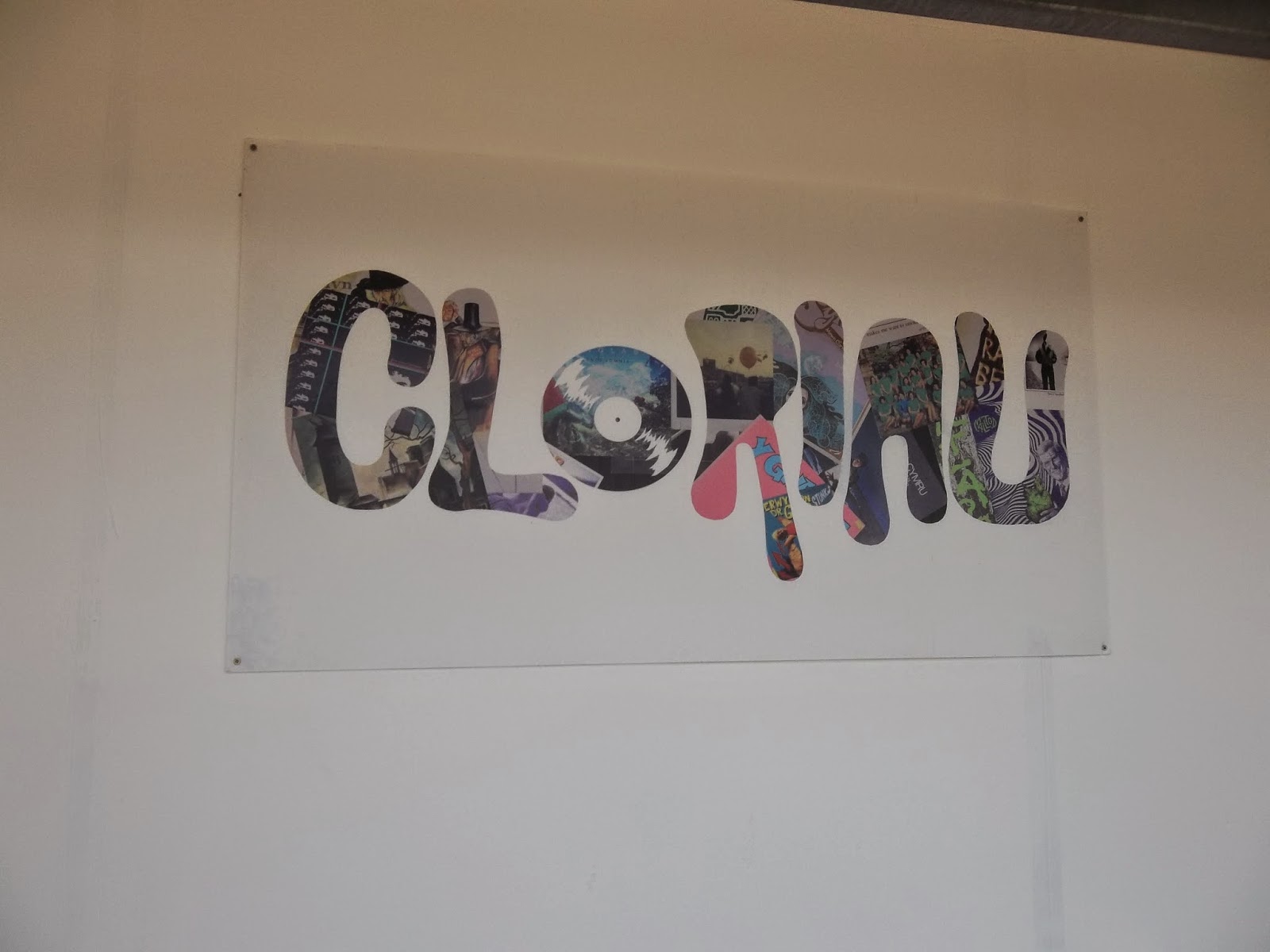 The exhibition of Record Sleeves ‘CLORIAU’ curated by Rhys Aneurin on the other hand, proved that Welsh Culture can be treated with respect and can be done very well. Rhys had invited various contributors to select a record sleeve and discuss the image in around 200 words. Featuring sleeves from all periods – this raised the bar – took things seriously – gave artwork and Pop Music status. I suggested on tweets and Facebook that this was the best thing on the Maes this year. Easily more ‘Art’ than y Lle Celf – definitely more relevant and direct – not cloaked in conceptual speak which serves only to mask the unimaginative. 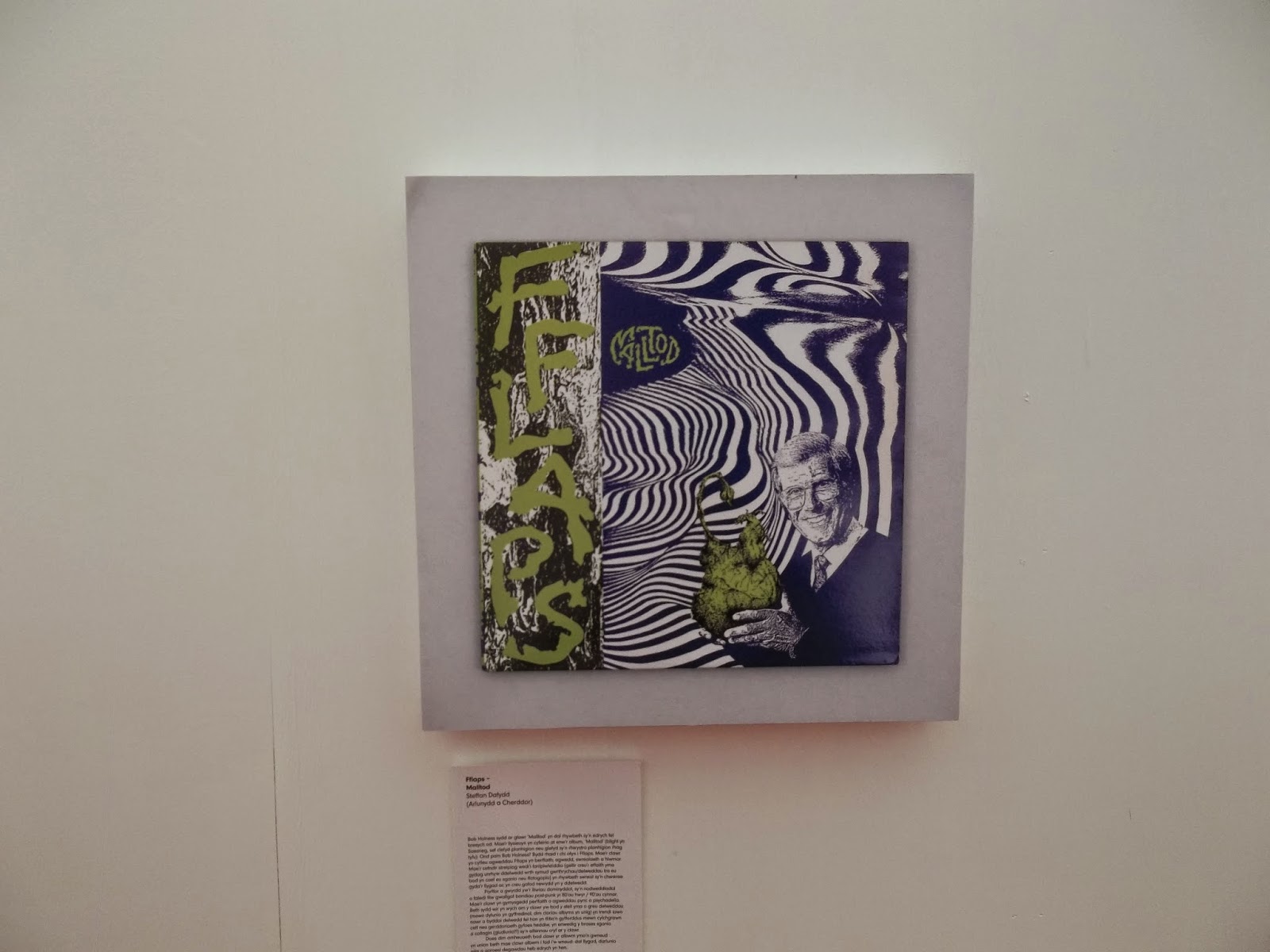 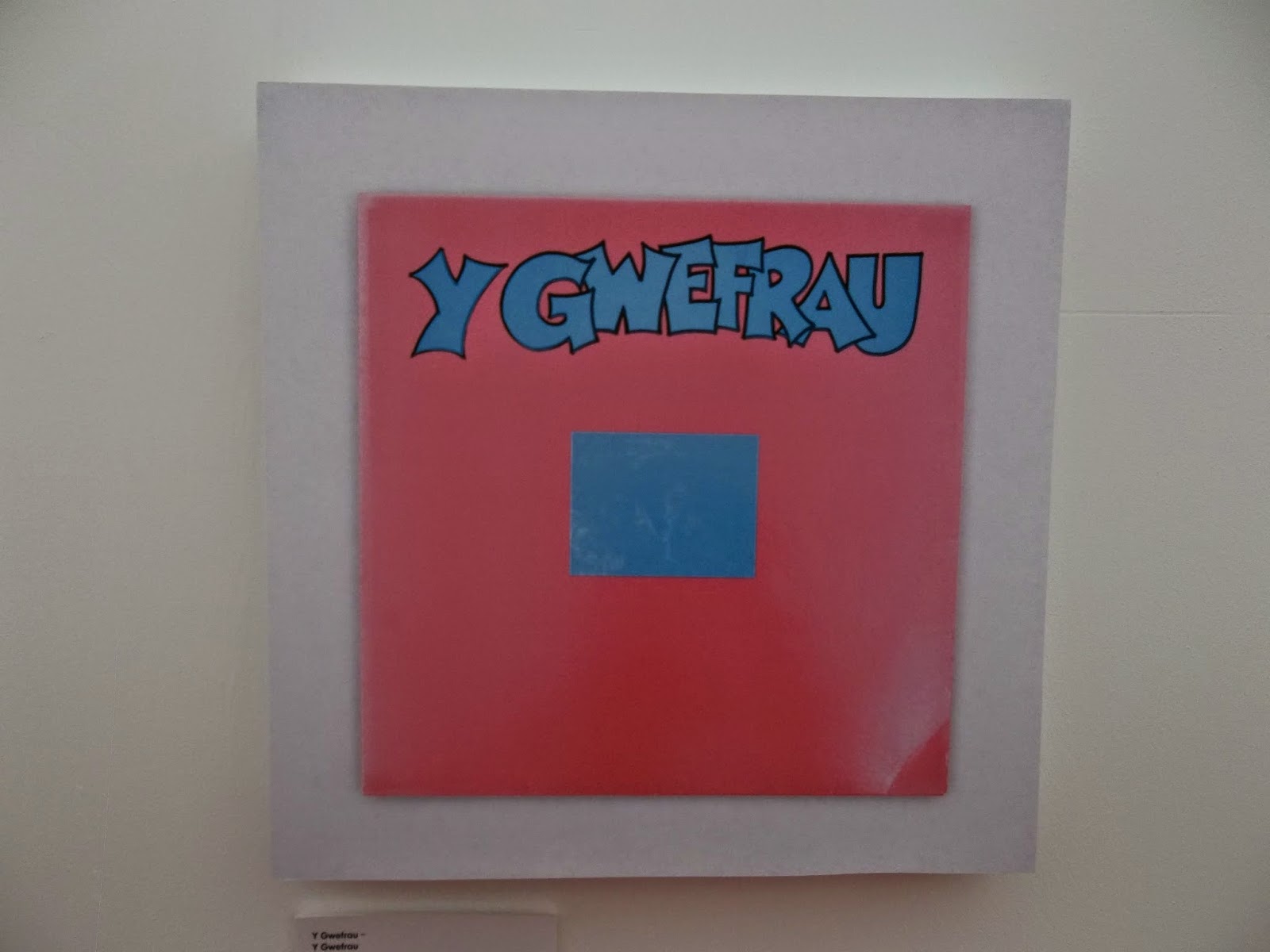 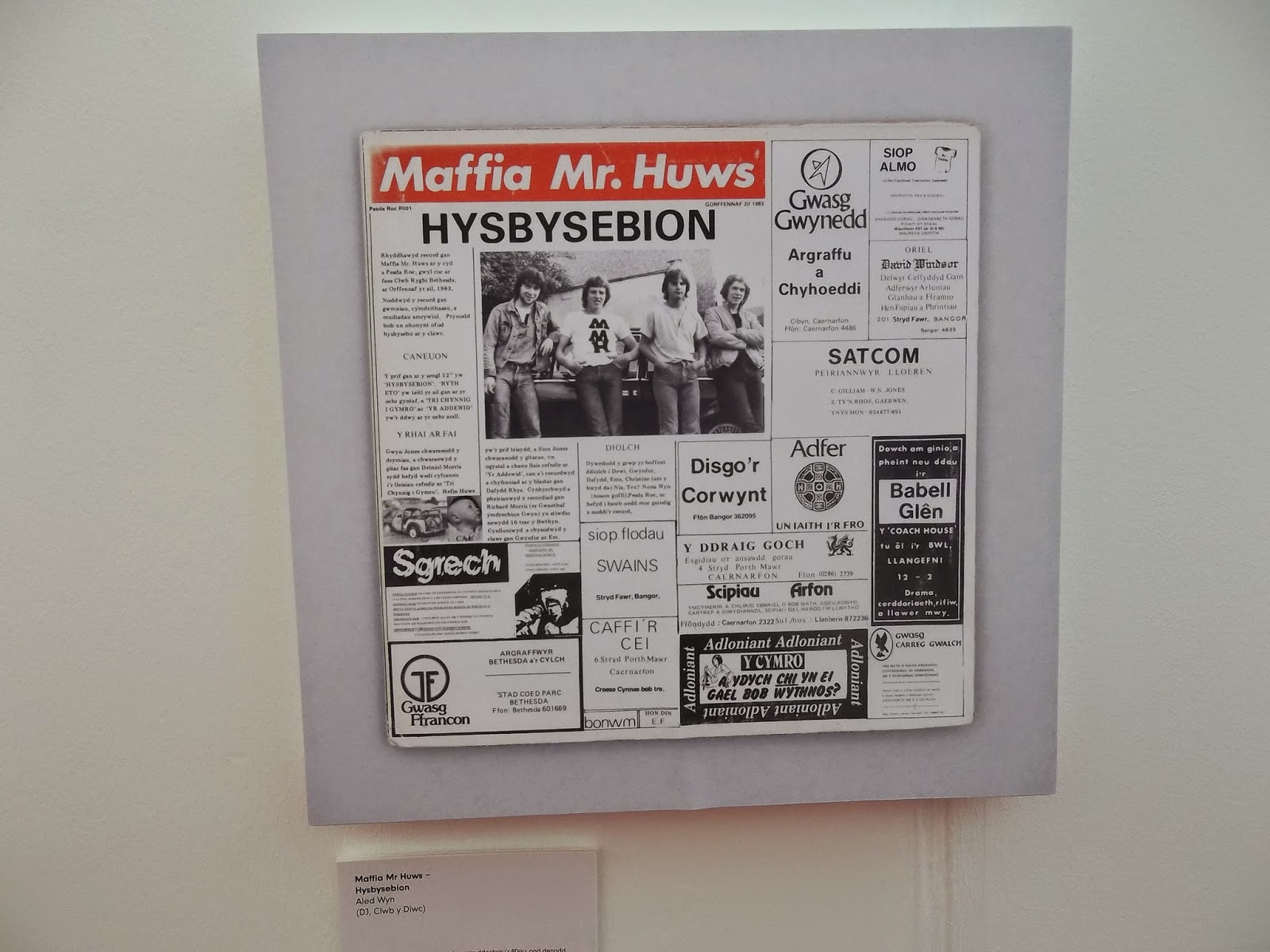 Rhys Aneurin looked cool and was well dressed. During my 2 days on the Maes I met a few of the crowned bards, I was even introduced to the Archdruid (not Julian Cope). We failed to converse. I was left with an impression that my world of Welsh language Punk Rock and the Welsh Archaeological Landscape is as strange to them as cynganeddion is to me. I was not particularly struck by their dress sense – this maybe is the key. If Rhys Aneurin understands the value of presentation – the bards need a lesson. 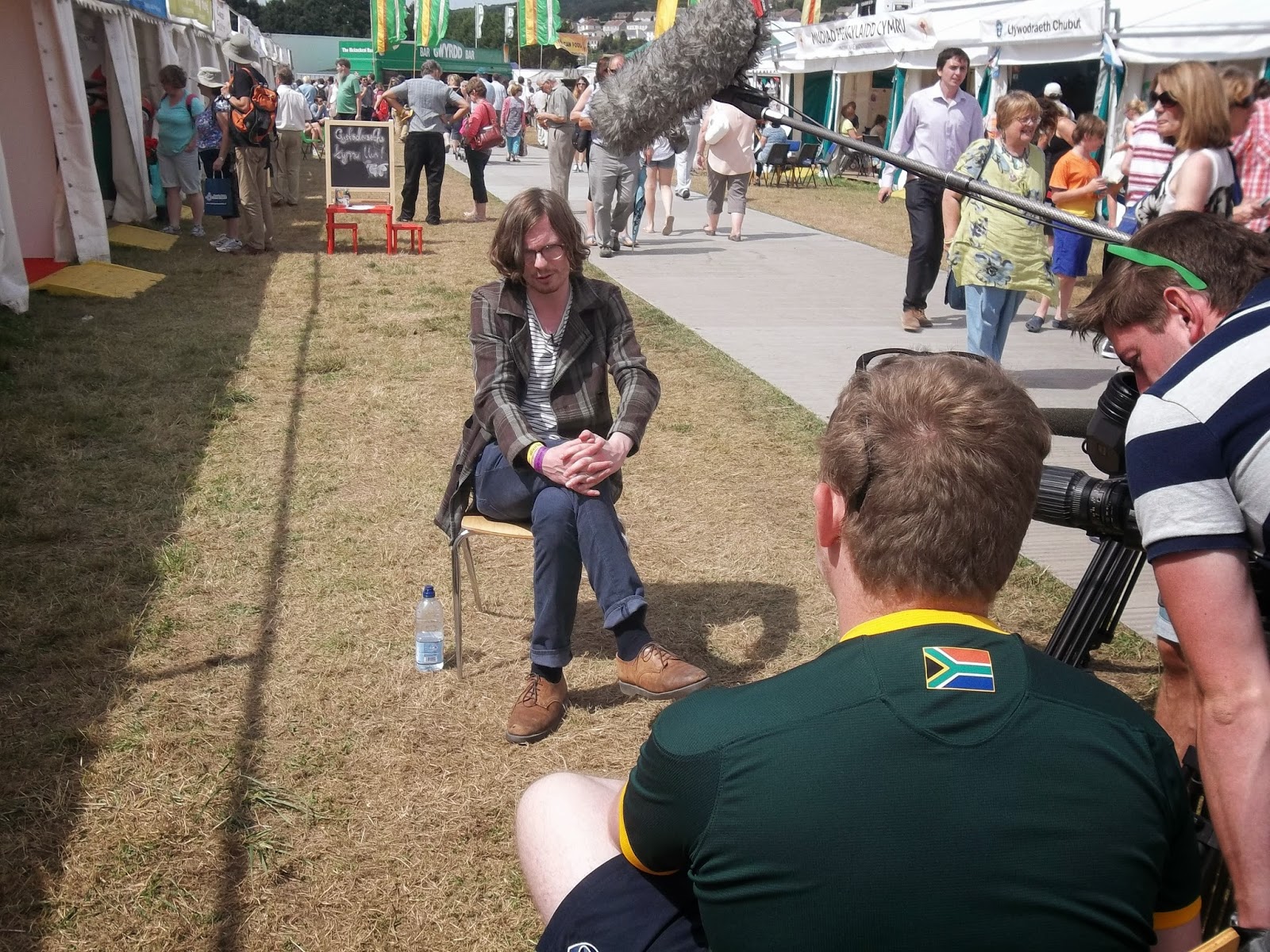 One bard stood out, Eurig Salisbury, he had dress sense, looked good and we talked about taking poetry to the youth / kids – there is hope I thought. There has to be more to all this than blind acceptance / stupid fools who stand in line (quote Sex Pistols). I still wonder sometimes what the Archdruid and Gorsedd actually do? What’s the point? They are mostly invisible.

On my travels I came across the Plaid Cymru tent – Dr Richard Wyn Jones, Simon Thomas A.M and a lady I did not know were busy discussing the potential fall out from the Scottish Referendum – either way it will have a profound effect on British politics. Obviously they looked at this from a Welsh context and what it may mean in the future for Plaid Cymru’s policies on furthering Welsh autonomy.

This was easily one of the more important debates taking place on the Maes – but in terms of presentation, it was literally street politics – people just stopped on the way and listened as they spoke from behind a table and chairs on the stand. All very May 1968, Sandanista style – in one sense cool. I listened and really valued Dr Richard Wyn Jones’s analysis. 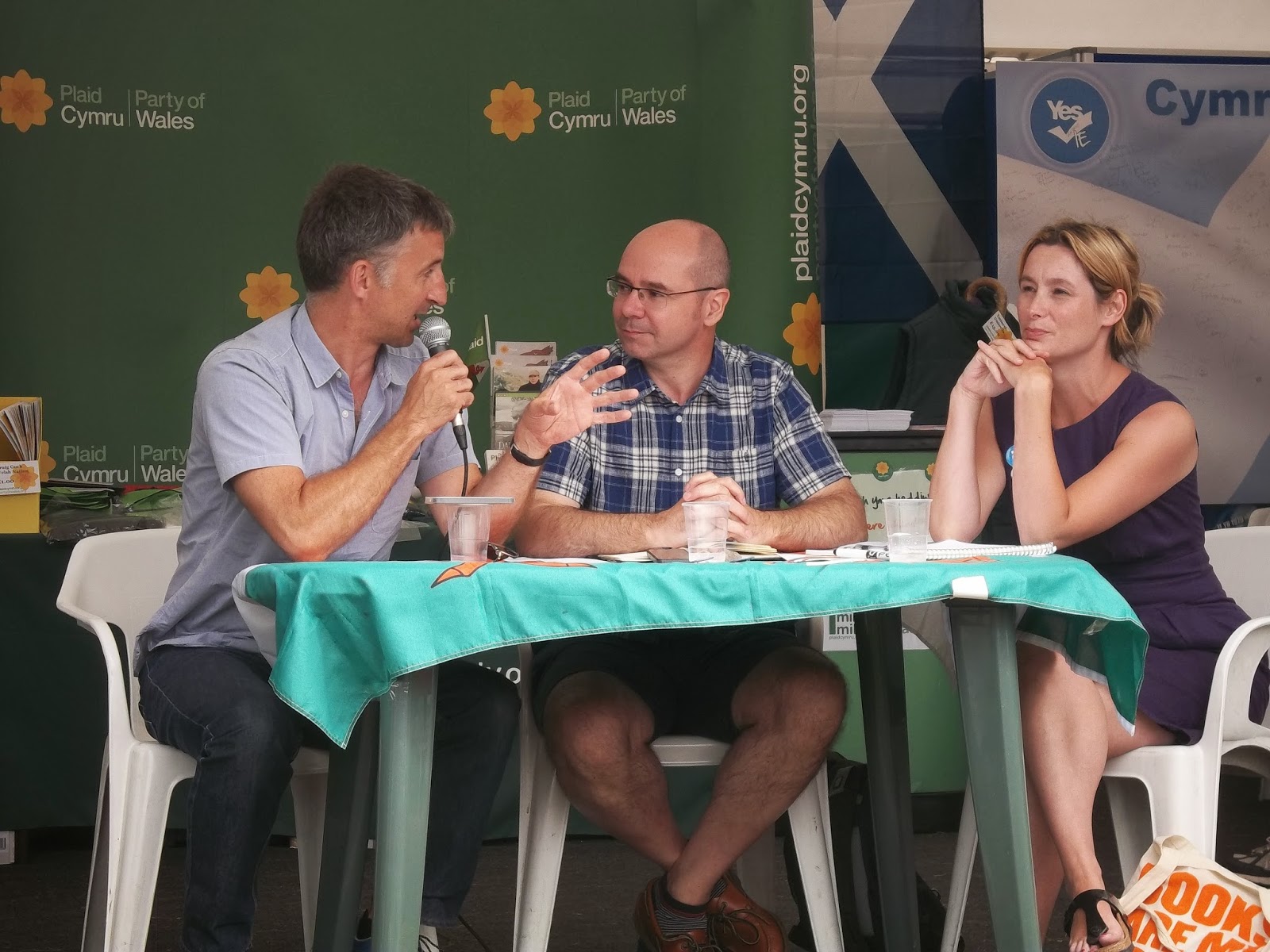 And briefly into the art space, ‘Y LLe Celf’ – Natasha Brooks was there, naked in the bath, on video …. but no menstrual tree this time – Menna Elfyn providing poetic accompaniment. 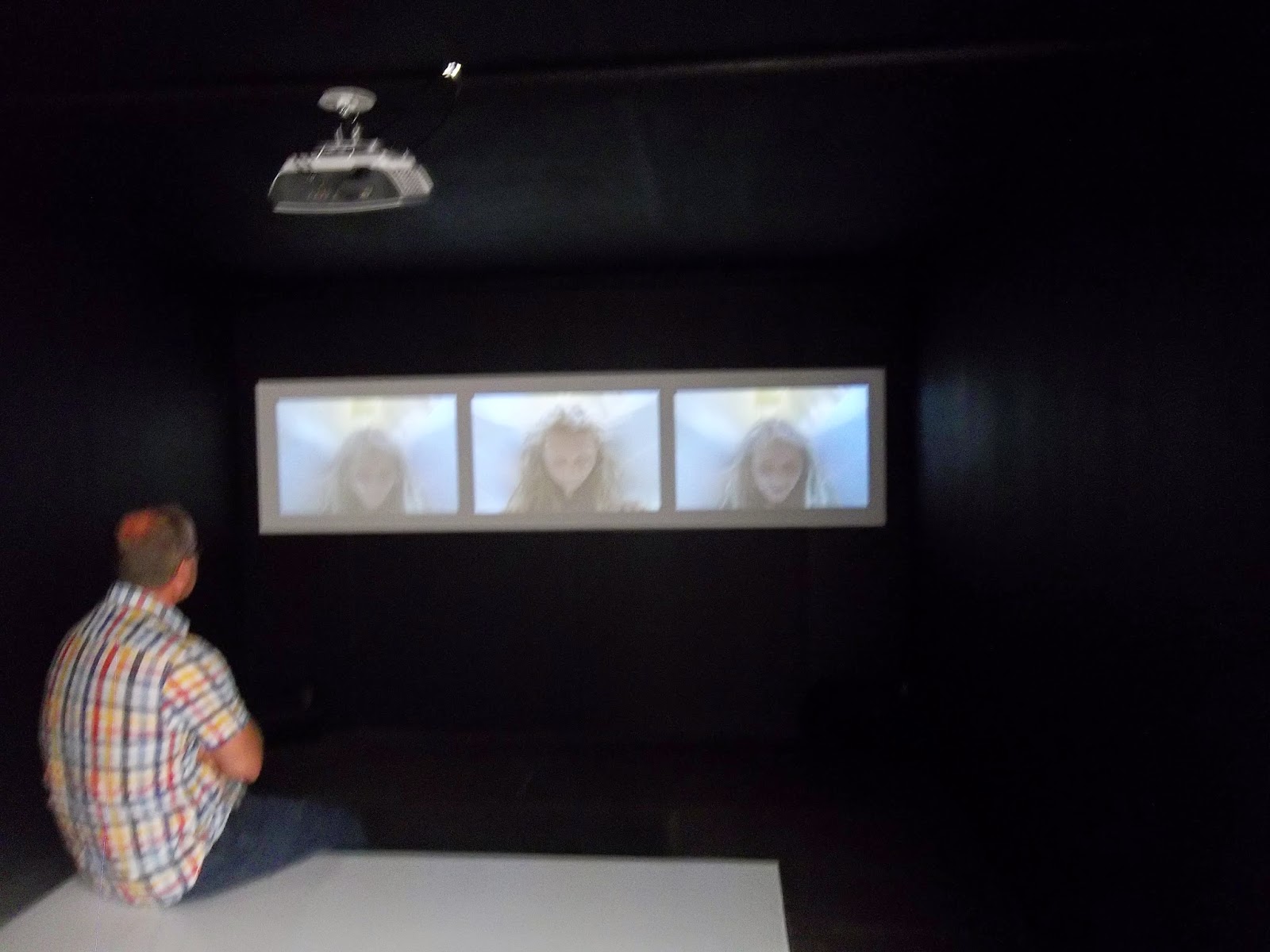 Marian Delyth‘s 6 pieces on the FWA (Free Wales Army) struck some kind of chord – certainly a cultural and historical one. I am obsessed with documenting FWA graffiti. But, much as I appreciate Marian Delyth’s subject matter, the actual art of it left me a bit under-whelmed. Pictures of FWA charactres on a wooden cross and then photographed ….. but nevertheless  good to see Glyn Rowlands (Lone Wolf of Corris) represented. 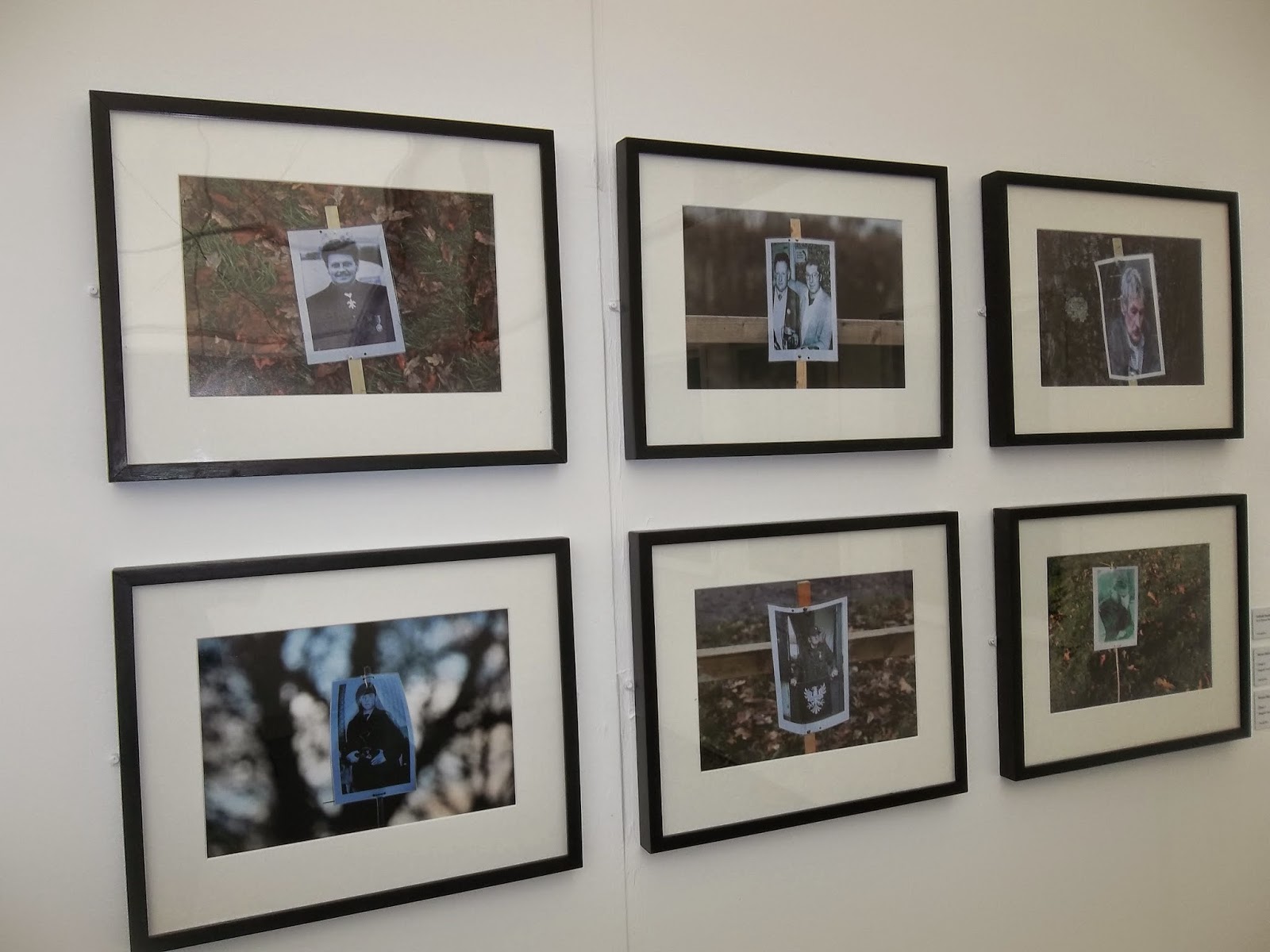 On my way down to Llanelli the previous day, our detour tool us to Glan Denys – to pay our respects …. 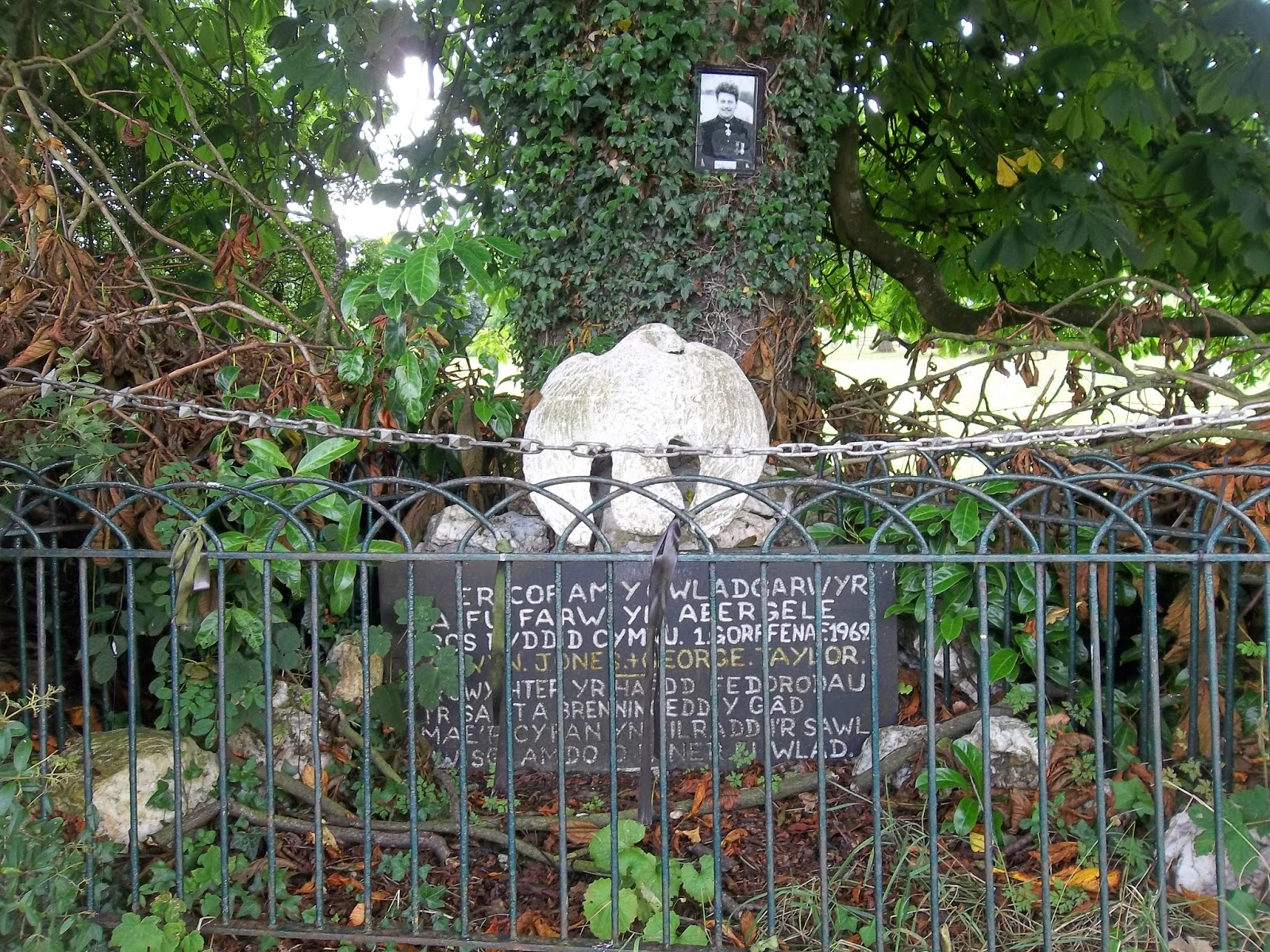 The Brwydr Degawdau debacle (at least mentally for me) meant one thing – leave the Eisteddfod and get a standing stone in. I re-visited Samson’s Jack on the Gower. A towering great phallic thing, almost totally obscured now by the hedge (in the hedge). It helped. I had tea with old friends and fellow travellers on the Gower. I was introduced online to Dewi Bowen who informs me that Samson’s Jack and the nearby maenhir of Ty’r Coed are aligned on mid-winter sunrise. Next time I shall hook up with Dewi and do some Julian Cope style tramps on the Gower. 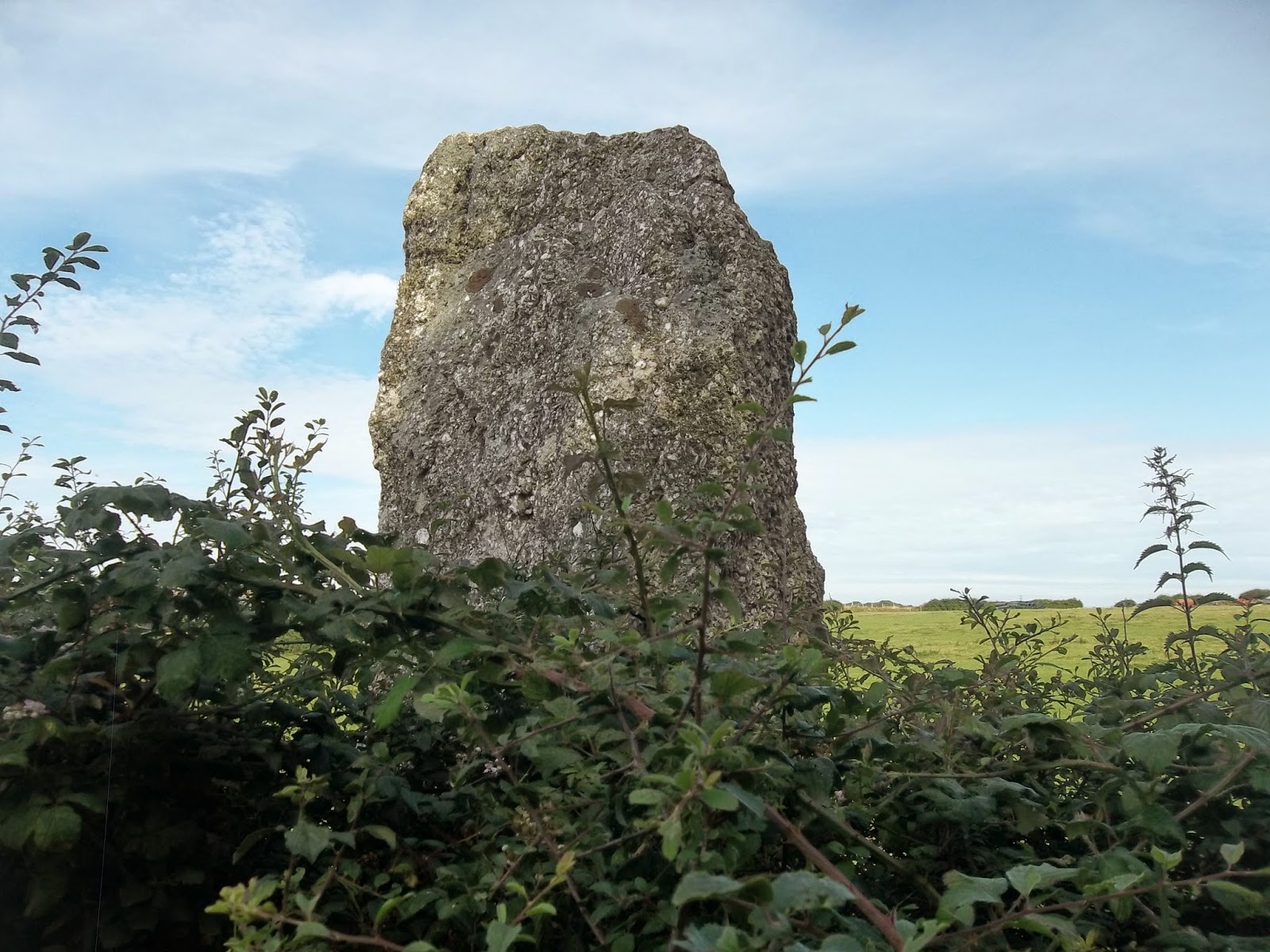 Musically, my Eisteddfod highlight was ONE SONG, ‘Dere Mewn’ by Colorama – the first time I had heard this live. Carwyn gave me a nod from the stage. (I was pleased / honoured and surprised) – this is a tune of the highest order – superb. In another world this would be a Hit, in Wales that does not really happen but this is a Hit, this is a proper tune – the kind you play over and over again. I shall search out the CD and play this on my little show on Mon FM. 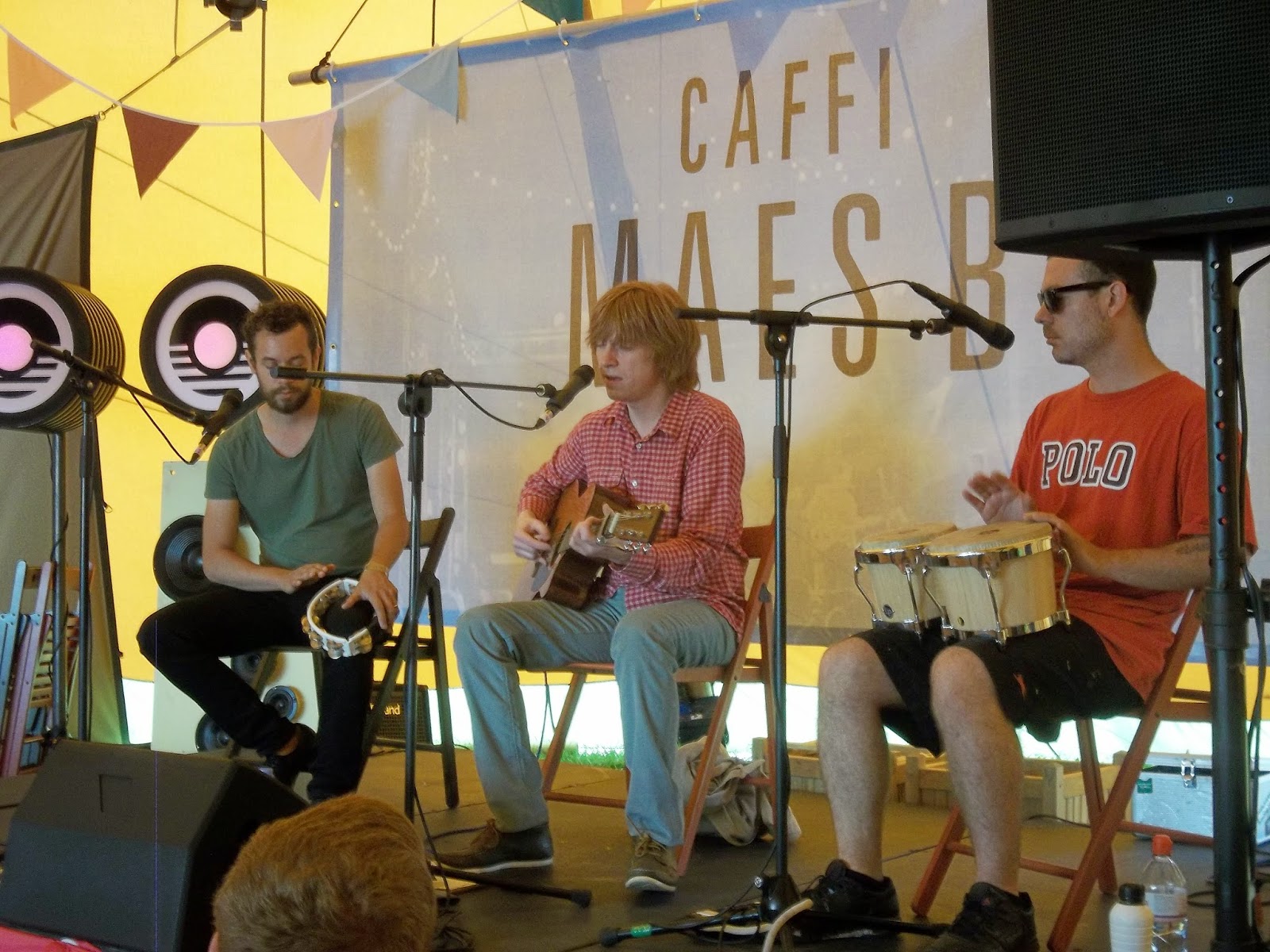 My return to the Maes (9.08.14) is to discuss Llys Rhosyr and the llysoedd of the Princes of Gwynedd with Myrddin ap Dafydd hosted by Amgueddfa Cymru. I am offered tea on arrival. My name is on the posters – I am almost surprised.

Myrddin approaches all this form the written evidence from ‘Cywyddau‘ written at the time by the bards. I approach form archaeological / material evidence – we meet, easily in the middle and conclude that we need to look at the whole context – y darlun llawn – and that archaeologists for sure need to take stock of poetry sources.

This is a wonderful discussion, it has a point even if only to introduce Castell Prysor to our audience. We do conclude that we have some way to go. We are introducing Castell Prysor, rather than discussing Castell Prysor. I suggest we need to tune in to the Welsh archaeological landscape rather than make excuses for the historical failings of the Education System – get hold of an O.S Map and get out there – explore and discover – it is as simple as that.

Once we are done I leave – that’s enough Eisteddfod for me for one year. 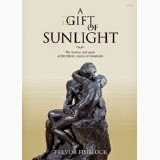 This book, which tells the story of Gwendoline and Margaret Davies, their search for something more, their belief that through Art and beauty we can enrich lives concurs absolutely with all my thoughts on the Eisteddfod. These things should inspire and not de-value. We have a responsibility to further the debate and if anything raise the bar. I think Rhys Aneurin as curator of ‘Cloriau’ managed this at this year’s Eisteddfod. Our debate on Welsh Pop Decades  left me most disappointed. Our discussion on the ‘llysoedd’ of the Princes of Gwynedd restored my faith  that we can have quality discussions even in a tent with the audience sat on bales.

‘A Gift of Sunlight’ should be essential reading. Gwendoline and Margaret were absolute visionaries – they raised the bar. 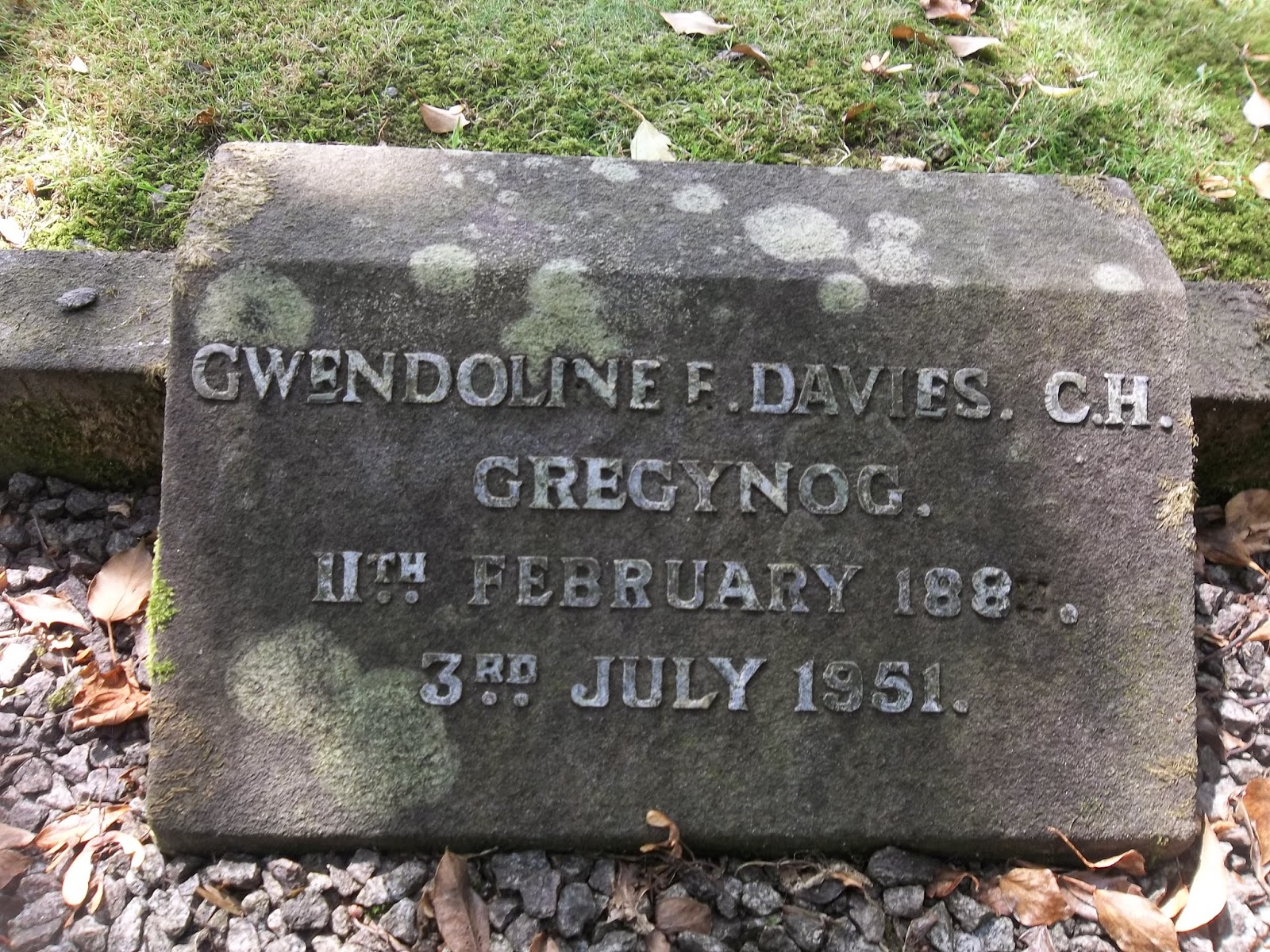 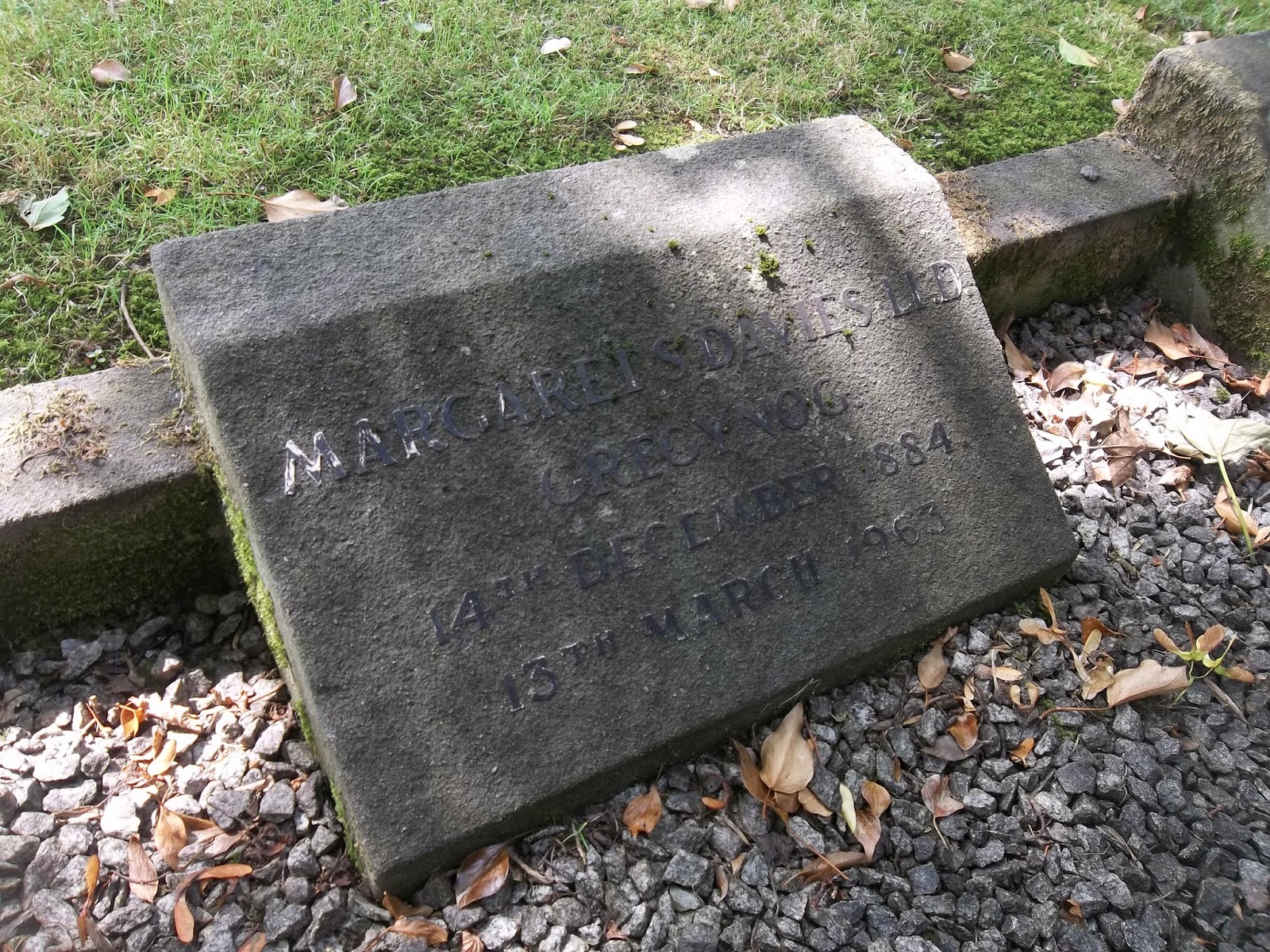 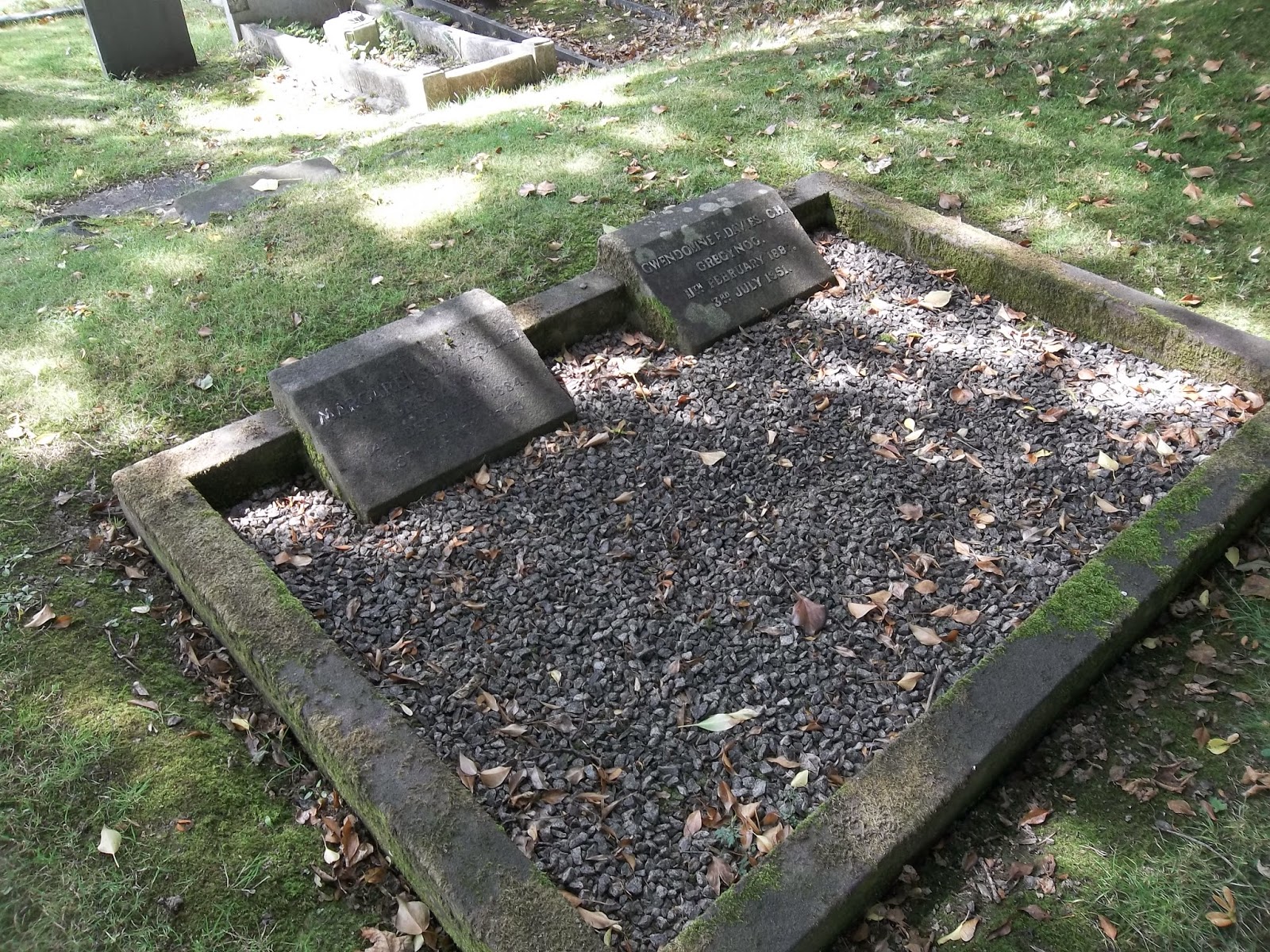 Bloodstock 2014 @ Catton Park, Derbyshire A T-Shirt is Not Just For Christmas