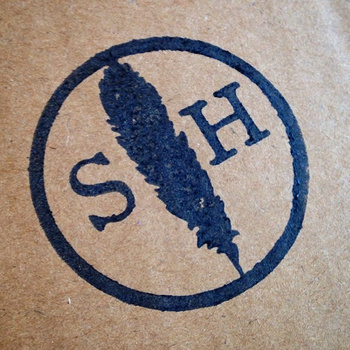 Sparrowhawks hail from that Welsh wannabe city called Chester and release their third EP ‘Cool your Blood Down’ on Wrexham’s fine Drum With Our Hands label.

This EP, like the band are an acquired taste, and once you’ve got your head around that fact, you actually do acquire the taste.
It’s not going to reach out and touch faith, you’re not going to be humming their tunes after one listen. It’s almost prog-folk; imagine an experimental off-shoot of The Carpenters playing in a trendy scouse bar, a place where people go to be seen. Those people are far too cool to be paying attention to the band, but before they know it they’re drawn in by the intricacies, the charm, the sophistication of the songs being played.

The more I play the EP the more I wish the tracks had been put in reverse order, with I Might and Pinnacle taking the mantel in my tiny world… Intricate melodies played on subtle guitars, soothing vocals, beautiful harmonies, and even when they all kick in with a ‘Whoa’ or two, it’s still very delicate; and so it should be.
Cool Your Blood Down is out now for download and also a very limited CD edition that features hand-stamped packaging and exclusive mini-poster/liner notes.