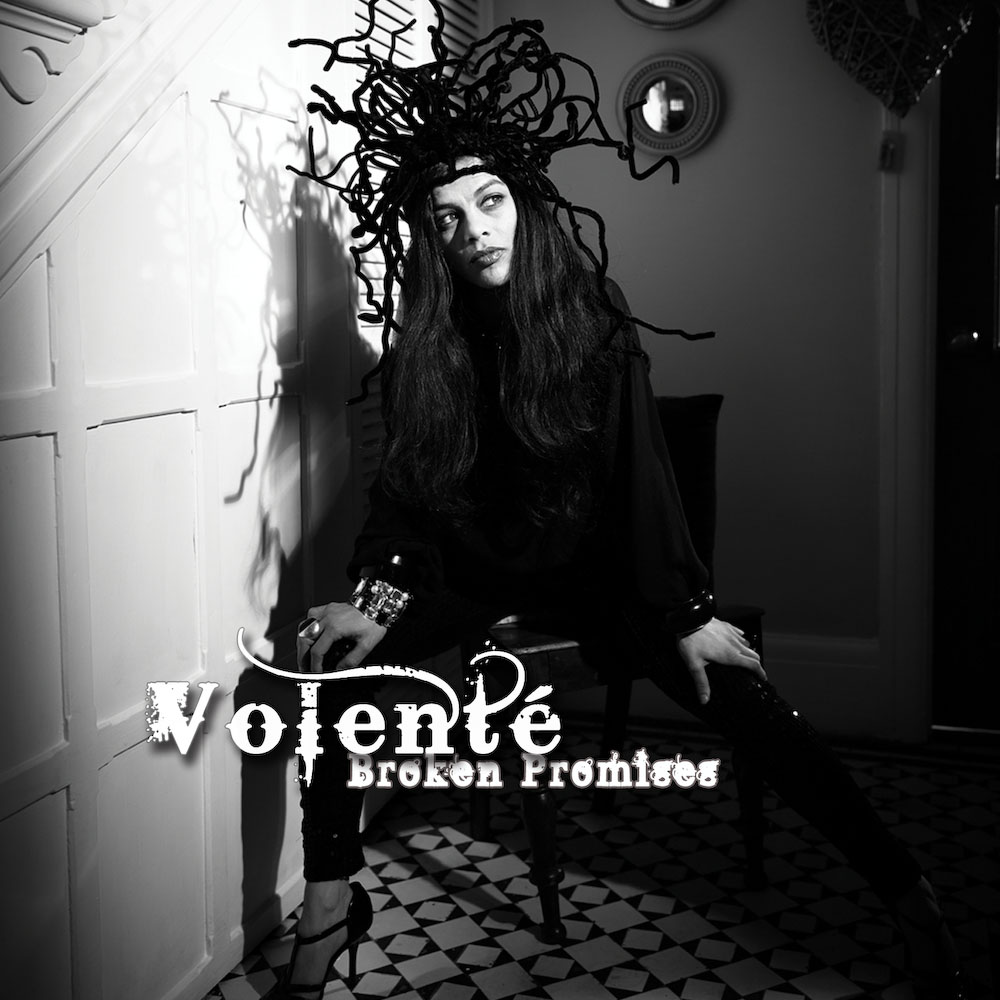 Volente is fucking odd… and more power to her for being so…
She first emerged on the Dockrad label on 2004 with the album Cold Clean, followed it with another album Butterflies Fall Away four years later, and then waited another 4 years to bring out a single Hollow.

So Broken Promises is a break in tradition, or three years too early, and the title track grooves in a never-never world of dub-hop and suspense, where it doesn’t actually get going, and despite you yearning for it do so, Volente’s haunting melodies creep up and tap you on the shoulder. Yeah, with the nice chorus it’s a grower and the more I hear it the more I like it…

Track 2 So Many Times has a great bass driven Massive Attack style backing but with a more traditional ‘song’ vocal melody, the type you’d find being performed on Sunday Brunch, that’s is until near the end when a Fall style out of tune guitar drops by to upset proceedings.

Track 3 End of Time is more Kylie ‘Impossible Princess’ era, more proper trip-hop that runs off down an alley every now and then (sometimes unecessary), but mainly as a platform for Volente’s amazing vocal range.

Broken Promises is out March 25th