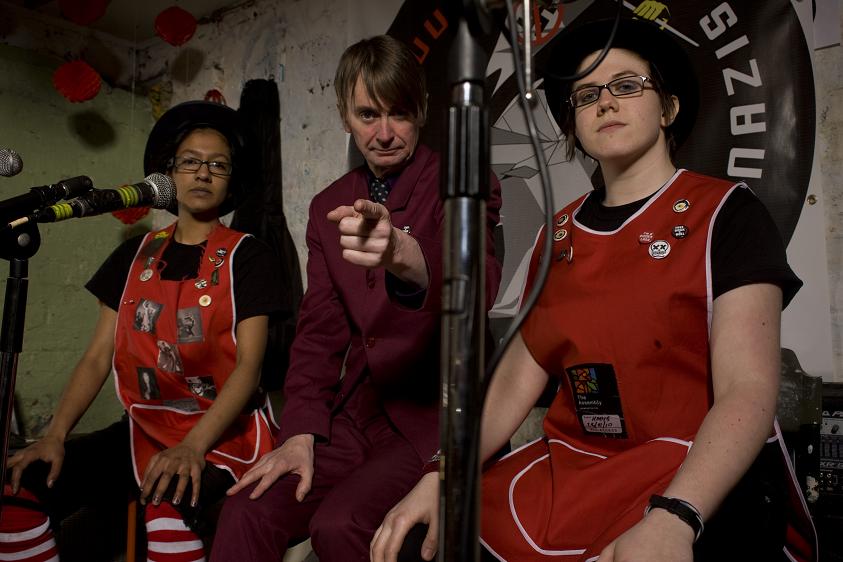 I first stumbled across Pete Bentham & The Dinner Ladies at  Rebellion Festival in Blackpool last year – my quest at the said festival was to see as many of the 200+ bands playing over those four days as possible. The Dinner Ladies was a band I wanted to see simply because the name intrigued me and I sussed they were going to be something other than the wall to wall noisy punk rock that is the staple Rebellion diet. I was right, and despite a filthy hangover, throbbing headache and a balance disposition, this band was the antidote to all the liver killing evils of alcohol intake. (see review)

Strutting between stages at Rebellion, I spotted Pete and lurched towards him, arm stretched out to shake his hand. I was possibly drunk (again), and he ran off! Although later citing he probably needed to dash to the loo (I have that affect upon people).
We were of course later introduced a couple of weeks later, the proper way, through the medium of facebook and I learnt that Pete is the man behind The Free Rock ‘n’ Roll Nights at the very excellent Mello Mello venue in Concert Square in Liverpool. A venue I was lucky enough to grace with my band, Braxton Hicks last Friday.

So it is only human nature to seek more information on both the venue, the man and the band…

First up, who is Pete Bentham? Where did you come from and where do your musical origins emanate from? Early influences? First record you bought? First gig you saw?

I am originally from Widnes near Liverpool. I am the youngest of quite a big family and grew up in the 60’s and 70’s so was exposed on all the great music like The Beatles, Stones, Who, Kinks, Bowie and Soul/Motown. Then I was a teenager when punk happened and was lucky enough to go to the legendary Eric’s club and see bands like The Clash, Damned, Undertones etc which completely changed my life.

Why put yourself through the stress of being a promoter?

Well my Free Rock & Roll nights aren’t really stressful as its a free gig so none of us rely on any money from it but for while I worked as a freelance music promoter putting on bands like The Damned, Alarm and Hugh Cornwell and I actually now work at a venue in Runcorn doing the promotion for all the events and that gives me a regular income. 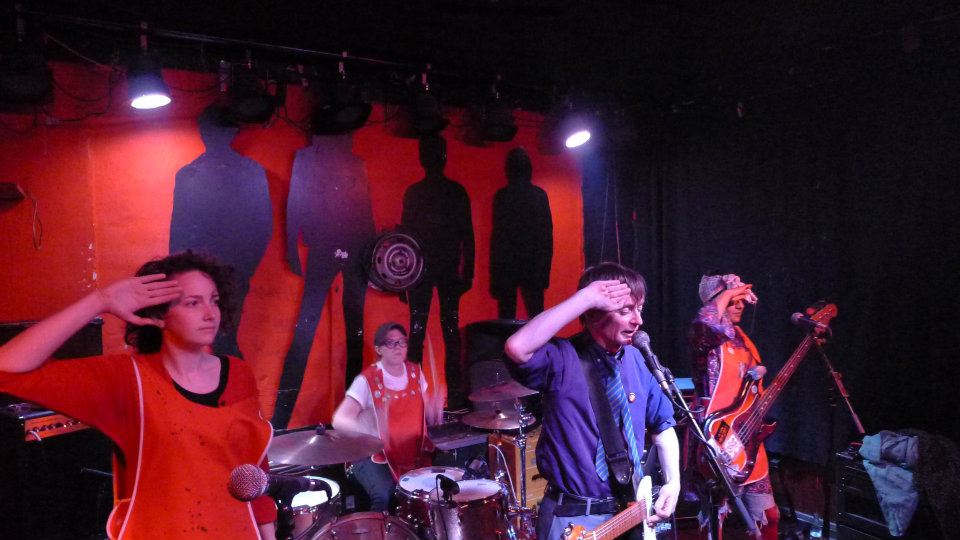 What’s the deal with Free Rock n’ Roll? What’s the thinking behind it?

Free Rock & Roll is a fortnightly gig at Mello Mello in Liverpool city centre. Mello is the the hub of the underground art and music scene in Liverpool. I suppose anybody that starts an event does so because the regular night he wants to go to doesn’t exist. And that was the case with me. A few years ago I got a bit fed up how corporate or trendy gigs had become. So I decided to start a gig where you just went into a bar bought a pint and watched four guys (or gals) playing rock & roll, like you hear about how Liverpool was in the 60’s. No guest lists, trendies, logos or anything like you get at a Barfly or O2 Academy and it would be just about the music. I figured if I could get all the decent bands in Liverpool (including my own) to do one free show a year then we could all have a free gig to go to in these tough financial times. I’ve negotiated backline, some free beers and some expenses money with the venue and it seems to work well. What all bands want at grass roots level is an audience and a chance to sell some merch and a free gig gives you that. Of course it does have its limitation being a free show.

There’s honestly been so many. We do a two day Free Rock & Roll Festival every Easter to help raise a bit of money to keep the free gigs going all year round and the two we’ve done have been packed with people and had such a brilliant atmosphere. The ‘free’ in the name doesn’t just mean free to get in but free in the mind and that ‘anything goes’ attitude has seen us put on punk, rockabilly, ska, reggae, bluegrass, jazz, experimental music, everything really and that’s real punk attitude…open mindedness not just playing to a formula.

The future of Mello Mello has been in the news lately, can you give us some background as to what has happened and what is happening?

Yeah it’s a worry. It’s the usual gentrification bollocks that happens in city centres where a previously run down area becomes cool and the developers move in and force all the ‘real’ people out. The building is up for sale and they are trying to raise the deposit to buy it. But you are always up against powerful, faceless people in these cases. I don’t know the exact situation at the moment but they have vowed to carry on whatever happens even if it’s in a different spot. They have got a big following so you just have to try and remain positive.

Can you give us an insight into the Dinner Ladies? I saw you at Rebellion 2012 (got up early to see you) and was hooked by your quirky and highly entertaining show.

Got up early to see us? Didn’t we play about 5pm? Or should that be “You went to bed at Rebellion, you poof?” The band started four or five years ago after I was very very ill and was nursed back to life by my mum, a retired Dinner Lady (Hence the name). I’d been in bands ages ago but never been a singer and never been the main man. So I started a band just because I was so glad to still be around. I started it purely for fun and enlisted a couple of girls who had little or no band experience. I think maybe because we didn’t take it too seriously at the start that people liked it and we’ve done OK. We are strictly DIY and have released two full length albums and one vinyl EP. We’ve done loads of gigs and festivals and toured Europe quite a bit, going to Germany, Czech Republic, Italy and France so far. We’ve met loads of amazing people and had some amazing experiences and that’s success to me. Yeah we are considered ‘quirky’ on the punk scene. But we aren’t just a comedy or a fun band. We sing about stuff we know and believe in. I just think maybe doing it in an entertaining way is better way of getting your message across than ranting at people.

The future of the Dinner Ladies? Releases? More gigs?

We have just released a limited edition four track vinyl EP called ‘Spacepunx’. We are also recording our third full length album which we hope to have in time for Rebellion. We are doing a few other festivals and off to Italy in the Autumn. These are our forthcoming shows:

Lots more gigs to be announced

You can get our records, see our videos and get more info at: