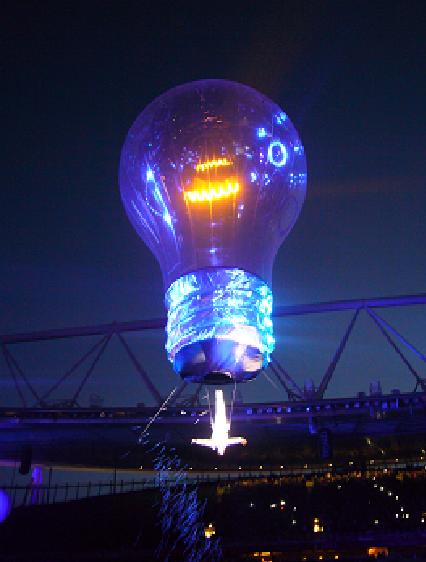 Well, Muse again (Manchester Arena 3 times & Teignmouth Seaside Rendezvous shows) – this time at the Emirates on the 2nd night of the 2013 stadium tour. First things first, despite racing across London by train & tube, the Saint & I arrived outside the stadium just in time to hear the second half of Pompeii by Bastille – apart from that I’ve no idea how good they were. 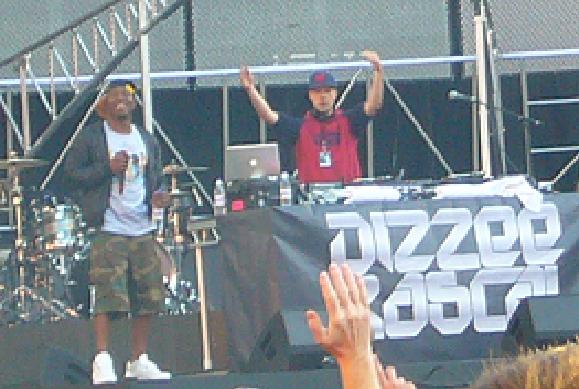 Saint was none too keen on the next billed support act but I was curious as to how Dizzee Rascal would go down at a Muse gig. As it turned out – he went down pretty well ! Despite using over 2/3 of his 45 Min set to play new songs – the crowd bounced around relentlessly. Of course, Fix Up, Look Sharp and final track Bonkers went down very well but the poptastic cheesiness of his performance seems a very long way from his grime(y) beginnings. 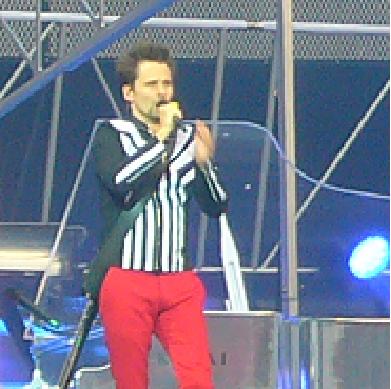 And so to the main attraction, kicking off in the early evening sun with the briefest impression of Unsustainable before launching into The 2nd Law opener Supremacy – a good start that was heated up – literally – by the pyrotechnics that had got the residents of Coventry so wound up earlier in the week.

This was followed by Dom & Chris (& the VFX) starting Supermassive Black Hole & Matt starting something else completely. “Fuck!” And they tried again doing the job very nicely – followed by the funky Panic Station complete with heads of state dancing along… 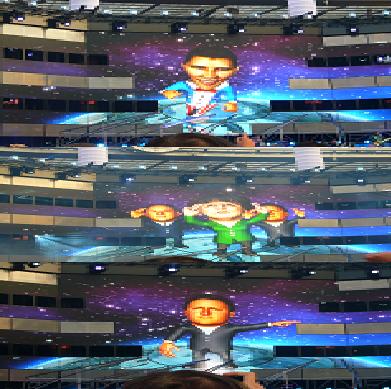 We were then treated to Origin of Symmetry favourite – Bliss – which prompted the first proper pogoing and moshpits of the night & sounded glorious. Resistance was followed by Animals which followed a corporate banker-type as he struggled through the crowd and onto the stage where he passed out on the second stage (near the halfway line) followed by several confetti cannon explosions which launched thousands of fake 20EUR notes into the air. In a change to the setlist of recent years, the harmonica signalled that (usual finale) Knights of Cydonia would follow – another mass sing-along followed ! 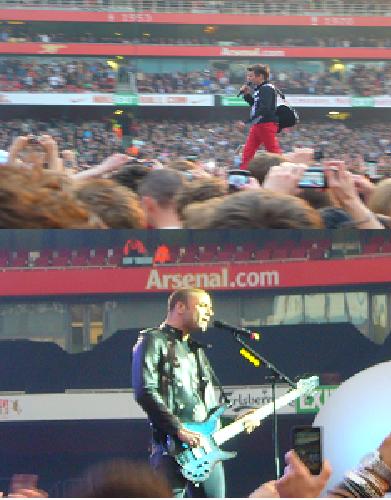 Matt disappeared off-stage whilst Chris & Dom had a nice little Drum & Bass interlude (a cover of Dracula Mountain by Lightning Bolt) before Matt returned on piano, on the second stage, to start United States of Eurasia – not my favourite, unfortunately. However, this was followed by one of the highlights of the show, for me, non-album single Dead Star in all its pulverising beauty! 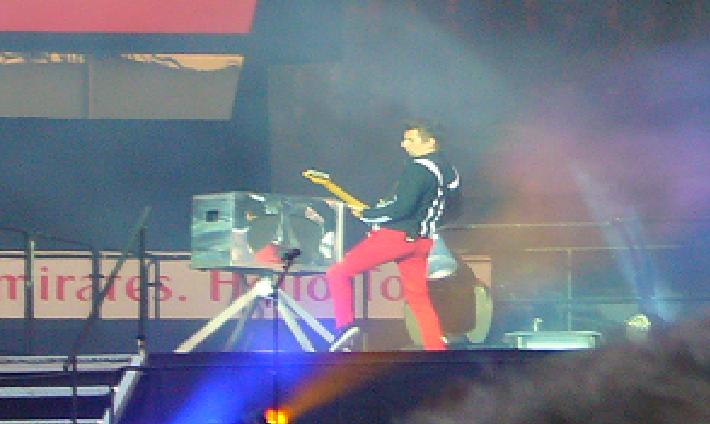 Feeling Good featured a stressed 80s secretary having a breakdown on stage and drowning herself in petrol from a pump on the second stage. Follow Me, a riff-tastic Liquid State & Madness followed (Matt sporting glasses which displayed the lyrics video for Madness). The opening riffs of House of the Rising Sun led to a stadium wide sing-along of the first verse without any prompting by Matt at all – leading immediately into the buzzy opening of Time is Running Out – another highlight. As on the arena tour last year, it was roulette time – Red (New Born) or Black (Stockholm Syndrome) and as in Manchester last year we got Red. As much as I love New Born and love the roulette wheel dynamic – I would have liked Stockholm Syndrome this time !

The band disappeared off-stage before returning to the second stage for a gentle-ish (“Any Smokers get your lighters out…or your mobiles!”) encore of Unintended (a very special song for me personally), a swoony Blackout which featured a huge light-bulb floating over the crowd before an acrobat dropped out of the bottom and did her spinny stuff – all very beautiful. Unfortunately, this was followed by another song from the Resistance album that I don’t much care for – Guiding Light. Undisclosed Desires brought this encore to an end with Matt getting up close & personal with the audience followed by a camera crew. An enthusiastic male fan drew a mid-vocal laugh from Matt who was clearly enjoying himself. The criticism of the bands remoteness as a result of the Resistance Tours stage set-up had been well & truly put to bed !

The urgent strains of 2nd Law: Unsustainable bought the band back on-stage alongside a Marvin-esque robot to aid in the MuseStep ! A raucous Plug-In Baby (the first Muse song that I heard and loved) and daft Survival followed to bring the 2nd encore to a close.

The techno of 2nd Law: Isolated System and accompanying video of escapees running from sound-waves followed before the band returned for a chugging (in a good way) Uprising and mass clap-along of Starlight. As the Richard Cheese cover of SYOD‘s Chop Suey rang out and the band disappeared, there was a palpable sense of Oh, ok. “We Want More Rang Out” but it was over for us. I think it’s clear that Starlight is not a closing song unlike Knights of Cydonia, Stockholm Syndrome or Plug-In Baby. An anticlimax to end on but otherwise the best stadium rock show that I’ve been to – where on Earth do they go from here ? Is it possible to go bigger ? Should they even try ? With heavy rumours of intimate shows to mark the bands upcoming 20th anniversary we’ll have to wait and see… 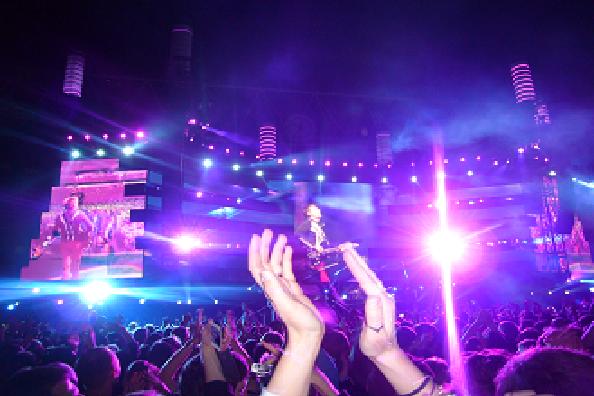