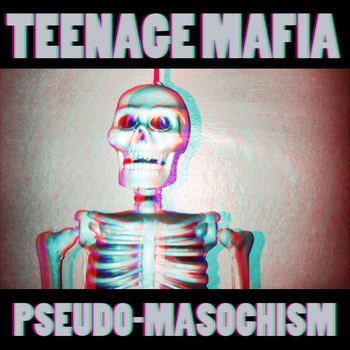 In the sanitised mainstream music scene we all live in, where every band the NME shovels your way has been through the bleaching process to ensure they’re ‘genuinely nice guys’ and their record label / publisher / plugger is paying the magazine and BBC plenty of cash to get coverage, it’s heartwarming to know there’s still an element of real danger out there.

Of course the NME wouldn’t dare get near Teenage Mafia for fear of being killed, maimed, or (more likely) have large objects rammed up their arses. If Teenage Mafia suddenly became backed by some media mogul or some label splashing the cash, then the NME wouldn’t dare slag them off for fear of losing the one thing they care about – ADVERTISING REVENUE – it’s a sorry shadow of itself these days that rag. Yes, we used to hate it years ago, but it was for exactly the opposite reason; because they slagged off shit to high heaven! The hacks / journos / critics / wankers were hated by the readers (and yet loved all the same) as they’d rip a band to pieces, particularly any band they’d built up themselves that had made it big. Today, their journalism is governed by advertising – they’d dare not slag off Alan McGee’s new label even if it is shit, for fear of losing out on the potential revenue. They review X-Factor wank because the Cowell pays big dollars, it’s all about the Money Honey and fuck all about the Art. It’s just like local shite radio stations like Heart FM, they’d never sanction an ‘alternative’ music show because Andy’s Fucking Tyres of Prestatyn is highly unlikely to want his products and service associated with Nine Inch Nails [there’s a pun in there..!!].

Pseudo-Masochism is basically Damir Bojanic, that axe-wielding homicidal maniac from Klaus Kinski, which is no longer a band but a stable full of 5-legged retard horse-humans that piss on each other. There’s so much output from their association that it’s hard to keep up (Irma Vep, Sex Hands, Pussycat Dolls, Dog Legs).
‘It’s more punk orientated these days,’ claims Damir, and on hearing the opening track Holy Landfill, you’d quite possibly agree, but he’s talking bollocks, as there on this goes beyond punk and slips into that Klaus cesspit of orgy-doom, where they have sex with household objects and snort chicken bones. There’s 21 tracks on this masterpiece of shit and only 5 of them are over two minutes long. You get random acts of violence with Octodad, Satan is Vegan. You get neo-fascist jazz with I’m Friends With Dick Laurent and you do get a blast of excellent pure punk rock with (Verb) Your Own (Expletive) (Noun).

The background to the album is as Damir explains, ‘I basically get dreams telling me what to do and this specific dream was a horse showing me my next album and it was called Teenage Mafia and had me screaming and playing drums which is something I can’t do. So I went in and recorded 20 drum tracks without really playing drums before and then did all the guitars the same day vocals the next day. I suppose it’s my subconscious telling me I can do it? I dunno. All in all I think it was done in under 56 hours.’

If you like your music fucking mental, deranged, over the top, immediate, beserk, twisted, irrational, demented, frantic, unhinged and ABSOLUTELY ESSENTIAL, then Pseudo-Masochism by Teenage Mafia is the album for you…
If you don’t like your music like that then buy the NME, listen to Coldplay and get the fuck off my website.

NEWS ROUND – Catfish & The Bottlemen / Gallops / Lemmy …and more What Is It With Wolves…?