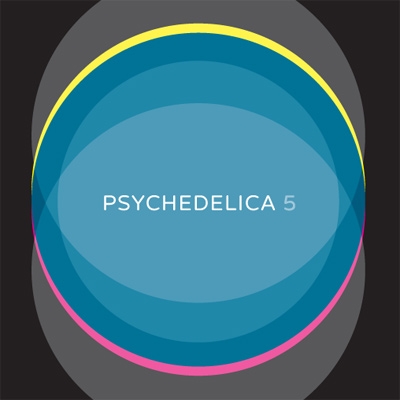 That should read ‘Psychedelica 5 (Lots of Artists)’ – for there is a superabundance of bands on this magnificent double album from Northern Star Records, and I’m so lucky to own the previous 4 releases.
The term Psychedelica could have the outsider looking in, thinking this is some sort of Hawkwind space-rock ritual with lots of magic mushroom tea pots and elves fishing in the DNA pond of the fourth dimension… WRONG!
And although there’s nowt wrong with a trip beyond the ether, this Northern Star compilation is firmly rooted in the other kind of space rock – the Spacemen 3 rock, that shoe gaze gauze gang who hypnotise you with their repeat melodies, their sweeping guitars, that rush of reverberation, those soft drums, that distance bass, those dreamy lyrics, it all builds up into a crescendo, a wall of sonic euphoria; take the Kontakte track Hope as a prime example, it’s psychedelica euphoria.

To those of you in the know, you learned people, you’ll already have this album, and those familiar with Northern Star’s previous output you’ll find some old friends here, the kind of old friends you’ll be more than happy to let into your life, Youngteam, Lost Rivers, The See See, Perfect Blue, Electric Mainline, The Telescopes.
There’s also plenty of new (to me) artists, which I know I’m going to be parting my hard earned money on pretty soon.
I absolutely love Nothing Inside by Singapore Sling, a jewel of a track that sounds like ‘I was born under a wandering star’ by The Jesus & Mary Chain. To top this, I think Lost Rivers ten minute masterpiece Death of Eve shades it over the rest of this high calibre bunch, but each and every track is all killer and a fantastic introduction into the world of Northern Star Records. The type of introduction that makes you wonder in bemusement at where the hell you’ve been since March 2006 while this stuff has been released…
Now’s your chance to play catch up… you’re gonna have a great time doing so…
GET IT HERE