ALBUM REVIEW – Foreign Legion – Light At The End of The Tunnel 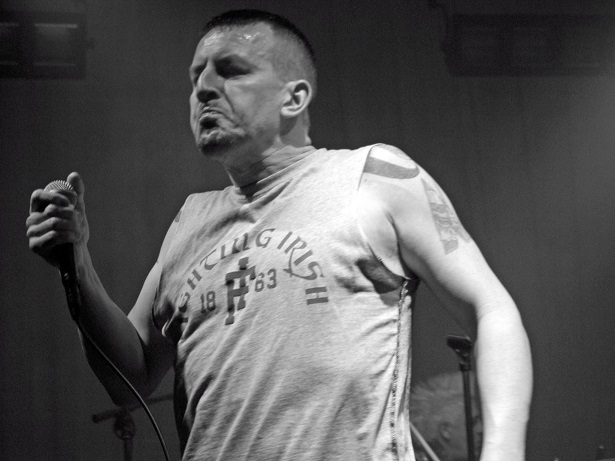 Foreign Legion began at the dawn of time (1983) and have lurked around the periphery of the punk scene ever since. They never really set the world alight and probably have no intention of either… It’s all about having fun, and that’s exactly what Light At The End of The Tunnel portrays.

You do have your staple punk rock diet tracks that stomp down that well trodden path with a million times used 3-chord sequence like Stalker, Jenny, Regeneration, What A Place To Be, Miners, which are fine singalong tracks very much in The Lurkers mode – happy-go-lucky.
There must also be a plethora of songs about ‘The Radio’ and it makes you wonder if they’re written for the sole purpose of getting airplay. If this is the case, then My Radio is a prime candidate. An excellent 2.38min slab of eighties punk/new wave brought to life in 2013. You can stick this track as a playlist along with Do You Remember Rock’n’Roll Radio (Ramones), Capitol Radio (Clash) and Radio Schizo (Rudimentary Peni) and it’ll stand side by side with its peers, deffo my favourite track.
Hey Girl and George Best (‘Fuck you and fuck the rest’) add to a trio of mid-album beauties, the former being about a pissed up girl who gets in such a mess that she’s ends up in hospital. The latter pays tribute to the good old days and you find yourself bouncing along to it, and reminds me of the band’s neighbours The Pennysows. A bit further along the album Three Years is a very angry song that is spat out by Marcus Howells. It’s about child abuse. It’s precise, to the point and also leaves you wanting to kick the living shit out of said abuser, particularly when all they got was three years.

‘Come boys we’ll be ok, Valley girls go all the way.’ Drunken Heroes is self-explanatory and finishing up the Legion are back again to tell you they play their street punk music with Phoenix From The Flame.
Light At The End of The Tunnel is available from KB Records and is a punk rock album by a punk rock band, it’s also a very good album and it gets better the more I listen to it…
Try it yourself…

BLOG RHYS MWYN – We Never Got Paid For What We Made FESTIVAL REVIEW – The Dirty Weekend 2013, Wrexham