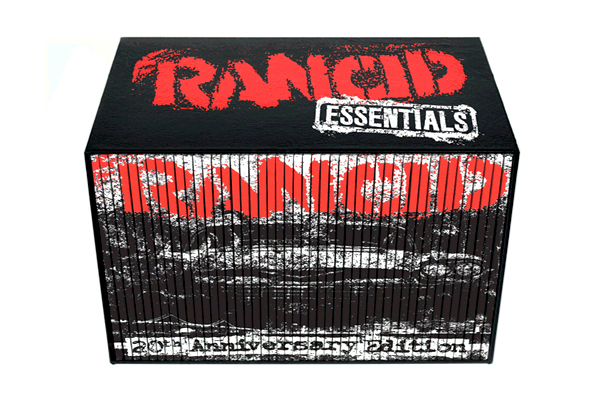 I hadn’t been to the Manchester Academy in a long time (probably since I last saw Rancid in 2008) they have refurnished the place and it looks smart and it’s clear a lot of money has been spent on this venue. After a 2 hour train journey and trying to locate the Rancid boys in various pubs before the 7 o’clock kick off to no avail I eventually admitted defeat and started queuing up with fans of all types, your Fred Perry skinheads there for Booze and Glory, your old man bikers there for the League and every other type of punk you can imagine for Rancid’s various genre crossovers.

Booze and Glory – the band name alone was enough for me, enough in a negative way…a bit lazy and clichéd. I imagined a skinhead and proud band and that’s what I got. The four members came out in their Fred Perry uniforms, every song started with a Cock Sparrer-esque guitar solo and each song was anthemic and tight in its own way. They were very one dimensional, every song was about how cool it was to be in a skinhead gang – “skinhead gang in town” “Skinheads will never die” “skinhead reggae football having a laugh” “swinging facking hammers till the day I facking day” “marching together till the end” “skinhead love affair”. I was bored to tears by about track 4. They went on and on and on about London all the time, in a similar way rappers do. Imagine the bullies at school picked up a guitar and formed a band….. This was them. Generally they got a good reception from the crowd but personally skinhead Oi! stuff doesn’t move me. Boring lyrical content.

After realising that would be 35 minutes of my life I would never get back I eagerly anticipated the Anti-Nowhere League, I didn’t really know their stuff but they came on and instantly the place erupted. Frontman Animal donning sun glasses in a dark club knew all the moves and had so much charisma whilst he was screaming and doing his air grabs ala 80’s heavy metal types. They are very similar to Motorhead and that is definitely no bad thing. ‘I Hate people’ was a particular highlight as I can relate to that. The League continued, sounding tight as a nut playing classics such as ’For You’ and ’So What’ (what a lovely little ditty) Animal brought the tempo down with ‘Woman’ before giving a great rant about how shit the X-factor was before finishing their set with the anthem ’….the league’ If you didn’t know any better you may well have thought they were headlining the evening  and I wouldn’t have been surprised if some people left before Rancid came on.

More fool them if that was the case because as Rancid came on, Lars screams out the first verse to Roots Radicals and the whole place erupts. I’m jumping around the pit like a lunatic and every hair on my body is standing on edge. My hairs stay this way for the full hour and a half this band played for. This is the 4th time I have seen Rancid and after the 3rd time in 2008 I declared that Rancid are the greatest live band out there (really feel bad for NOFX who are a very close 2nd sorry…..as much as your jokes are hilarious you talk a bit too much and in June you did a set most of B sides like ‘Insulted By Germans’ and not enough greatest hits like ‘Dinosaurs Will Die’) and I stick by that statement, they play the greatest hits ‘Radio’ ‘Olympia WA’ ‘Time Bomb’ ‘Maxwell Murder’ and know when to talk to the crowd. Each member has so much stage presence, when Brandon on drums wasn’t playing he was standing on his bass drum screaming every word, Matt Freeman is still the best bassist in the world, Tim Armstrong still jumps around like a 19 year old… (although this time around he had a really dodgy beard and looked like he should’ve been chopping logs in the deep south) my only main criticism was when they do songs that have keyboards on the record ‘Holligans’ for example the song sounds bare, they should pay someone to play keyboards. I’m getting bored and tired now I don’t know what else to say, it’s been 20 years since Rancid were formed and they have been undoubtedly one of the greatest and most influential punk bands of all time (yes… all time) here’s hoping for another 20 fantastic years of Rancid and I’ll never stop at seeing them 4 times!!