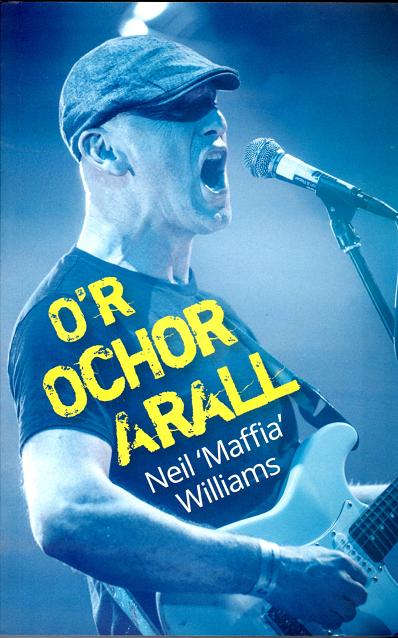 The quote below is something that I wrote for the Maffia Mr Huws compilation CD that Sain put out a few years ago. Simply, I stated that without Maffia’s hard work during the early 80s, gigging around Wales, doing around a 100 shows each year, the Welsh Language Rock Scene would have probably disappeared into the bowels of S4C as most of the members of the 70s Welsh Rock Legends (written with a dose of sarcasm here)  scrambled to become film producers, TV presenters and all round Media Whores. (Media Whores is a Jamie Reid quote although he was obviously not referring to S4C).

Maffia kept the whole thing going, in the tradition of bands like Trwynau Coch and Geraint Jarman. Maffia were a couple of years in advance of the Welsh Underground Scene of the mid-80s, which gave us bands like Datblygu and Cyrff and extensive John Peel coverage. Maffia were the band in the middle, the piggies in the middle even, between the old scene and the new scene. For this, our generation gave them some flack, for not being punk enough, for being too close to the old scene – I was very guilty (but we did have a revolution to be getting on with and we did have to “Destroy in order to Create”).

The odd thing is that Maffia were younger than us, but not really touched by punk and post-punk; they were still denim clad and slightly long haired, definitely rock and definitely not weird. Cardinal sins, maybe, but I certainly believe that they deserve a re-evaluation in the context of Welsh Pop History. They are in effect the lost band of a lost generation, not old enough to be part of the 70’s Welsh Pop Chapter and just a bit out of synch once Y Cyrff released “Lebanon”.

The first single “Gitar yn y To” is a great slice of rock, the kind of thing Thin Lizzy would have done, punky but not punk. The second EP, Hysbysebion, on 12” vinyl takes the band further. ‘Hysbysebion’ and ‘Tri Chynnig i Gymro’ are truly great tracks, great Welsh Rock tracks, classics even, mostly unheard. Mostly un-recognised as and for, the classics they are.

Maffia were not College boys, they were the real deal from downtown Bethesda, or Pesda as it’s known on the Welsh Scene, somehow by being outside the old-Welsh-boys network they have been left out of the History books, this in itself is a fascinating area for debate – this could be an essay in itself on how the Media have written the history from their own viewpoint.

The album ‘Ochr Arall’ is another slab of great rock tunes, the intro to ‘Cysylltiad’ probably one of the best riffs in Welsh Rock – that is, as in  Ever !! After the album the boys went on to release albums on cassette and it’s probably true to say that they lost their way somewhat as the 80s went on, becoming less rock and less focused – I’m not the only one to point this out. The early stuff is easily the best.

Neil as lead vocalist is probably best known / remembered for replacing original vocalist Hefin Huws but it is widely accepted that Neil became adopted by the scene pretty quickly – in fact we all knew him as, and still call him “Neil Maffia”. In fact, both Hefin and Neil were brilliant vocalists, no need to compare – both were good – Neil finished the Marathon and is still running ………. (actually Hefin is still on the track as well, guesting with Brigyn these days, but not playing with Maffia). 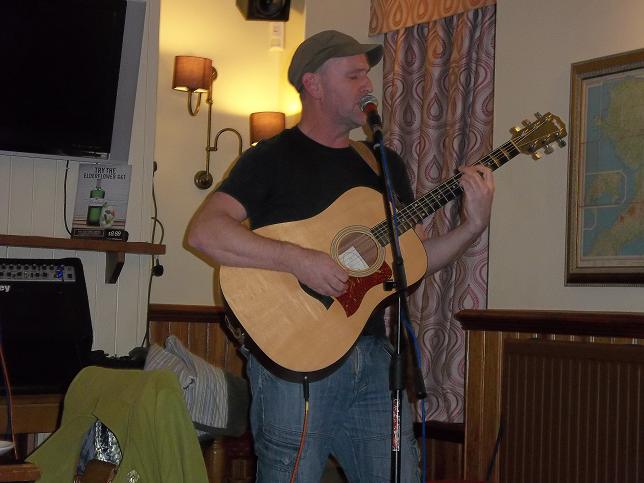 So on a cold Wednesday evening I headed off to the Llangollen pub in Bethesda for the launch of Neil Maffia’r autobiography “O’r Ochr Arall” by Neil “Maffia” Williams. The boys in the band call him “Wilias” but to us, not in the inner circle, he will always be Neil Maffia. I’d heard that Neil would be doing some acoustic tracks.

I was surprised how much Neil talked about the Punk period during his spoken word / reading bits during the evening but I must admit I laughed, Neil was hilarious, honest, bang on the mark – a great story teller as he recounted his earliest efforts with fellow band member Dafydd Rhys (later of Chwarter i Un, 12:45 and brother of course to Bethesda’s most famous son, Gruff).

Neil also mentioned an incident at Llanerfyl Village Hall around ‘81/’82 when the band succeeded in reversing their transit van over Sion Maffia’s foot. Sion played the gig sitting on a chair before going to hospital. I remember it well – I was the organiser of that gig.  How many bands would do a set with a broken leg and then go to the hospital ? Wariars as we say yn Gymraeg.

Neil’s acoustic version of ‘Ffrindia’ proved a point. A good song is a good song and more interestingly an acoustic set of Maffia songs is not as ridiculous as it might sound. He should do more gigs like this.

In her column in the Observer, Miranda Sawyer has referred to “middle-aged pop buffs”, that weird audience hitting their 50’s who still listen to cool music. I wanted to use her quote in my Herald Gymraeg column to discuss what happens in the Welsh Scene when you reach a certain age. There are no pop programmes for the 40 Somethings in Welsh. Everything is geared to the “Yoof”. We are still playing catch up with Janet Street Porter circa 1986.

I’m reminded of the Henry Priestman song about being R-E-D-U-N-D-A-N-T, that’s a very Welsh Language thing, it’s either Yoof or  Middle of the Road Country and I’m very interested in where people like Neil mafia fit in these days. Maybe he doesn’t. But he’s a good communicator. He’s very funny. He know’s his music. If only S4C and BBC Wales had a Radio 4 / Jools Holland audience then musicians like Neil might have a home and an audience (apart from the live audience obviously).

I was disappointed by the rather low turnout, too few faces from the scene, no Media, no Maffia but it was a really really good night, low key, intimate and acoustic. In that sense who cares – but I just felt that Neil was pretty damned good. So let’s give him a good review.

He signed my copy “I un sydd yn cofio”  which means to one who remembers. I certainly do and I certainly smile each time I think of Maffia at Llanerfyl Village Hall and Sion Maffia playing full blast sitting in a chair with his leg up in the air. 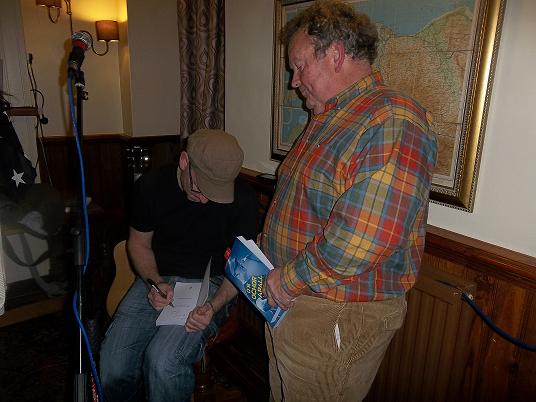