Little Eris – So Many Nights (single – out today) 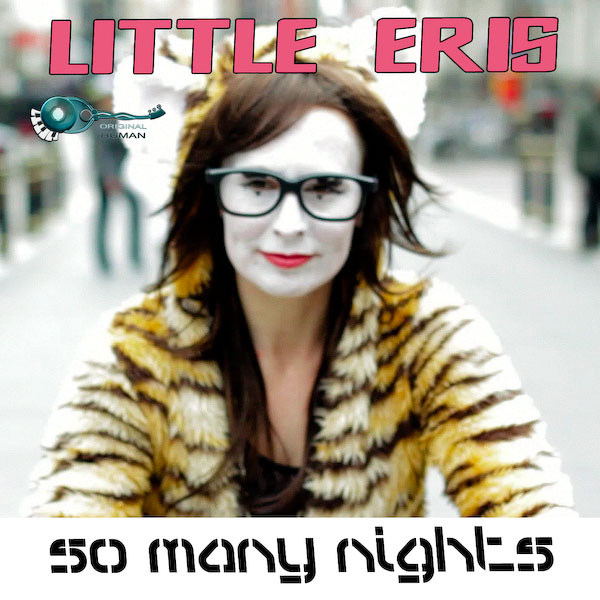 You know from the moment you hear Little Eris sing
‘I’ve spent so many nights thinking about you, how you dropped me from a great height,’
that isn’t going to be your average three minute pop song. Her psycho 4-year-old-with-a-kitchen-knife vocals give that away immediately.
Of So Many Nights, she says, ‘It’s a pretty harmless track but it does have real emotion in it. It’s like the tip of the iceberg of a lot other stuff, a lot has gone into, for 3 years it’s been naturally evolving as a song and a story, with the music video and all the people involved. And now it is ready! So now I just need to get it out there and on radio in particular because it is very catchy.’
She’s actually reviewed it herself, because it is damn catchy and getting it on the radio shouldn’t be too much of a problem as its dancy-go-lucky feel can nestle nicely on daytime schedules as well as having enough cred to hang out with the night time listeners.
website