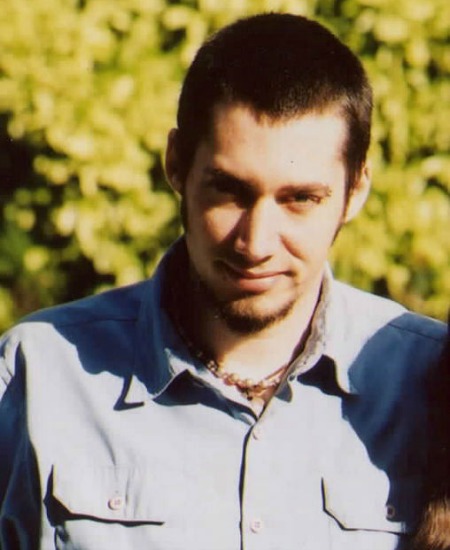 You sometimes read things and they don’t sink in… I’ve just read the article below – the terrible news that James McLaren has died this morning…
I never met him, but I’ve know him for over 10 years as a hardworking champion of Welsh based music. From the days of Honk magazine until it morphed into Soundnation, a magazine for lovers of Welsh music (of both English and Welsh language bands) – I would send reviews and views down for the next publication – some would be used, others would be chucked into James’ waste paper bin.
Only a few weeks ago I was ribbing him for tweeting far too much about Gwenno’s connection to that idiot, Ed Sheeran – he apologised and said he was only doing his job for Wales Online, which was nice, as he was actually getting paid for something he enjoyed (Welsh music, not Sheeran!).
My thoughts go out to his family and close friends.
(from Wales Online)
Tributes have been paid to a “brilliant journalist and tireless champion of the Welsh music scene” who has died as a result of an accident on the M48 motorway.

James McLaren, 34, from Cardiff, died in a collision between Magor and Chepstow at approximately 10.20am. It’s believed Mr McLaren, who ran a blog on music for BBC Wales and had been writing about Welsh music for almost 15 years, was outside his car when the collision occurred.

Tributes have quickly been posted on Twitter to Mr McLaren.

“James was one of the original WMF team – creating, editing and managing our monthly newsletter ‘Sound Nation’. His passion poured out of every issue, and with his energy, skill and enthusiasm he quickly became a popular figure in the Welsh music industry.

“When he moved on to work for BBC Wales he continued to promote the music in Wales that he cared so much for. He remained a close friend of WMF, working with us on many projects, most memorably a wonderful Q&A with The Blackout in their hometown at last year’s Merthyr Rock festival.

“In that session James’ knowledge and passion for the subject, coupled with his camaraderie with the band, and his desire to excite all those watching, was an inspiration for all. It’s a memory we will treasure of a man who we will miss enormously.

“Our thoughts are with his family and friends.”

Media Wales arts correspondent David Owens said: “James McLaren was a brilliant journalist and a tireless champion of the Welsh music scene. He was someone who I admired and respected greatly.

“He was a man who put his heart and soul into spreading music from Wales to the masses firstly as editor of Sound Nation magazine then latterly building BBC Wales’ hugely impressive music site and blog.

“Originally known as Honk, Sound Nation ran monthly between April 2001 and December 2005, during which time it was Wales’ only national music magazine.

“Under James’ expert stewardship it acted as a vital part of the Welsh Music Foundation’s larger support-system for the development of a commercially viable Welsh music industry aiding the growth of SMEs, organisations and entrepreneurs, as well as being a must read for those of us who loved Welsh music.

“James’ BBC Wales blog was similarly a vital stopping off point for music fans, not only for the sheer volume of information, but for the offbeat stories and quirky gems he would unearth from Welsh music’s dusty past.

“His knowledge was staggering and his enthusiasm undeniable.

“At all times his intelligence and his good humour shone through. He was a gentleman who will be sadly missed by all of those lucky to have known him.

The South Wales band Bedford Falls said: “James McLaren was a great friend to this band and to the Welsh music scene in general and will be greatly missed.”

If anyone has any information about the collision they are asked to call Gwent Police Collision Investigation Unit on 01633 642404.